Haircuts Can Be Fun!

Yesterday I took the boys for haircuts. Nick likes haircuts, but not Henry! Last time Henry had his hair cut, he cried the entire time. I wanted him to have a better experience this time, so I took them to Boozle B's. 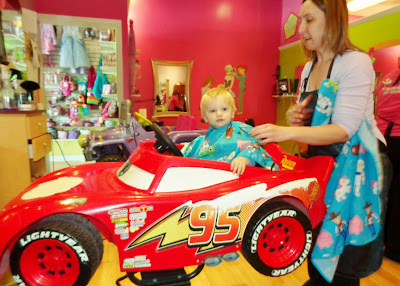 This time, Henry gleefully climbed into the Lightening McQueen station. He sat quietly admiring himself in the mirror as the stylist worked his crazy fluffy translucent hair into a workable style. 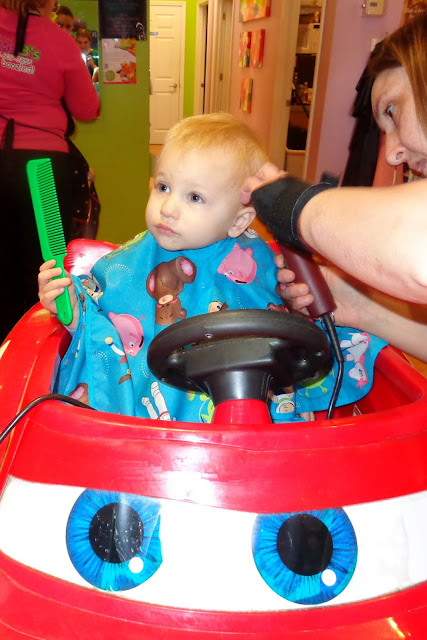 She even styled his "do" into a faux-hawk , just for fun. Henry is looking all cool in this photo, as if to say, "Yeah, I'm cool. So what?" 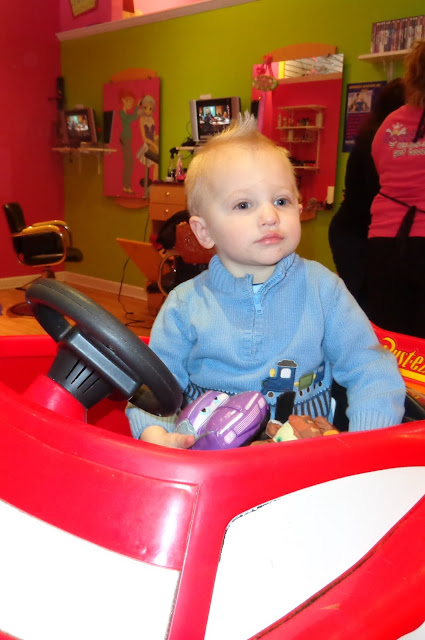 Nick loved the play area at this store, and getting him to leave it to have his turn at a haircut was the hard part. 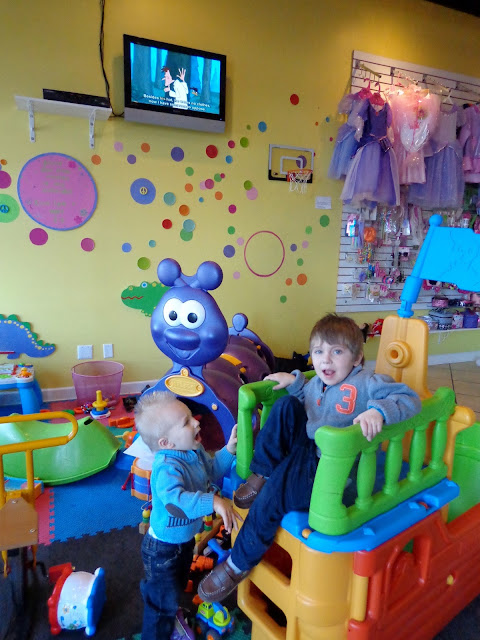 Lightning McQueen was able to convince him, though. He was a little concerned about why the car wouldn't drive, but the haircut part ended up being easy. 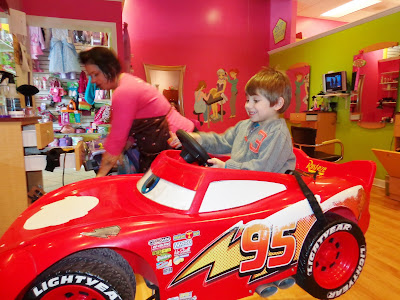 This stylist managed to tame Nick's cowlick, too. She used #4 clippers and then cut with scissors in the front with extra shaping around the cowlick. (Whatever that means.) All the counts is that Nick's hair shouldn't stick up constantly anymore.  :) 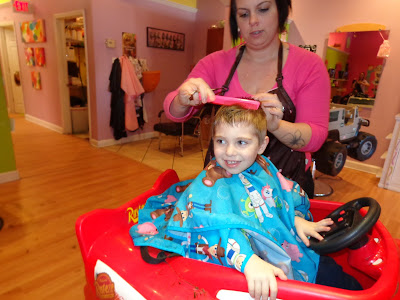 Unless, of course, Nick requests a faux-hawk like his brother's. . . 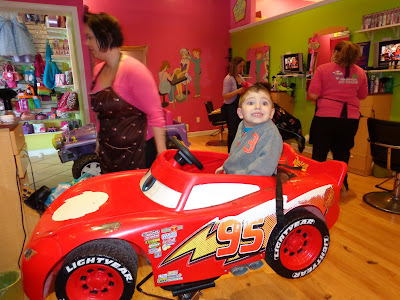 After their haircuts, both boys got to play a little longer in the play area. 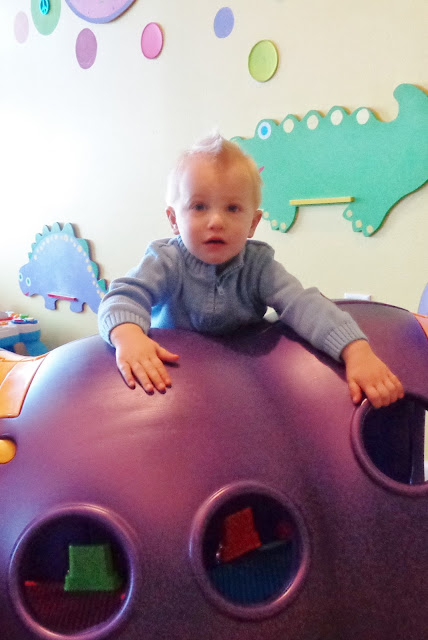 Nick was so excited with his haircut that he wouldn't let me touch him. 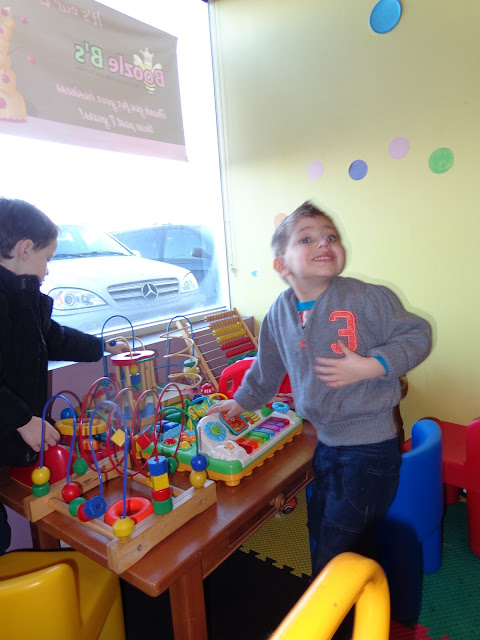 "You will mess up my spikes!," he said. I didn't think I'd have to worry about things like that until they were teenagers! This morning, when he woke up, he was devastated that the spikes were gone. "Where are my spikes?" I think he thought he could find them somewhere in his room. We explained that we could make them again after the next time he had a bath. 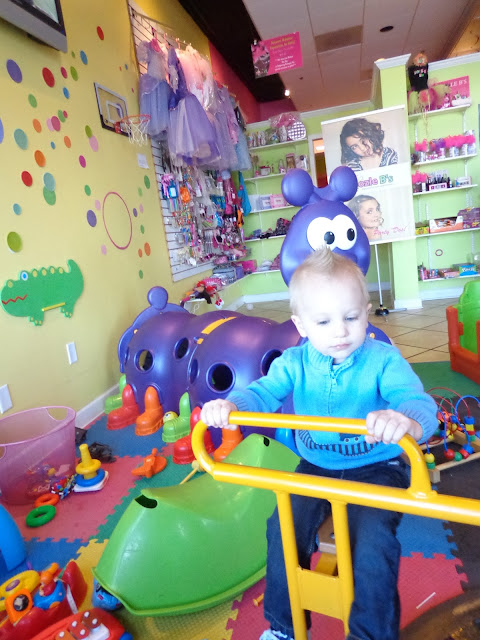 Okay, so I usually would not be okay with spending well over $30 for two little boy haircuts. But this visit almost counted as a play destination for the boys. The experience was so positive that I'm pretty sure I'll take them again.
Posted by Melissa E. at 9:21 AM