Raking Leaves in March (With a Snow Shovel)

Since spring is officially here, of course snow is expected later this week. That's what happens in this part of Illinois. We get teased with lovely weather for a few days, and then get slapped in the face with the remnants of winter. During one of our last "teaser" days of nice weather, Nick and I decided to go out and see what'd happened with the garden. Grandma Toni joined us, too. 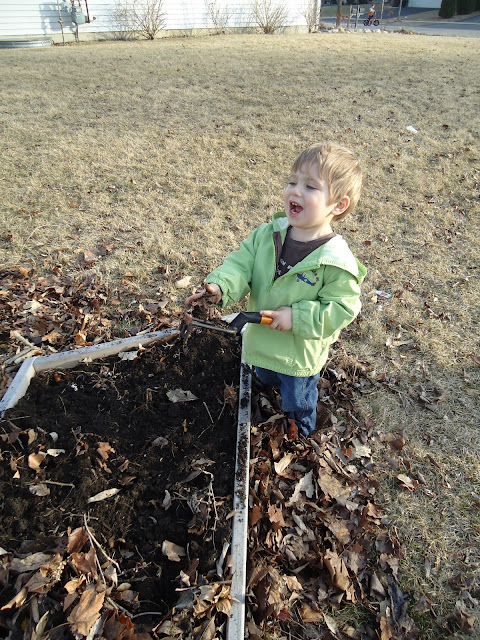 Before you say anything, yes, I am indeed aware that my garden was covered with leaves and dead plants. I know that gardeners are supposed to do some work in the fall to clean up. My excuse? Last fall I was in the first trimester of this pregnancy, and I was more than a little nervous about overexerting myself. So we did nothing. We didn't even rake the leaves. 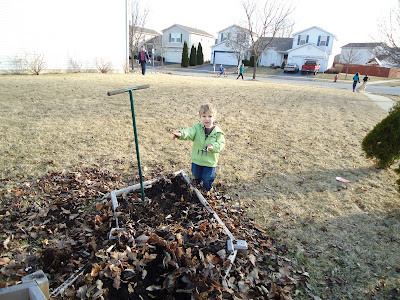 So that's why we were outside on a sunny day in March, raking leaves and turning over the soil. Nick was actually pretty good at helping with this. He loves digging in the dirt, and preparing the soil, at this point, involves nothing more than a bit of digging. 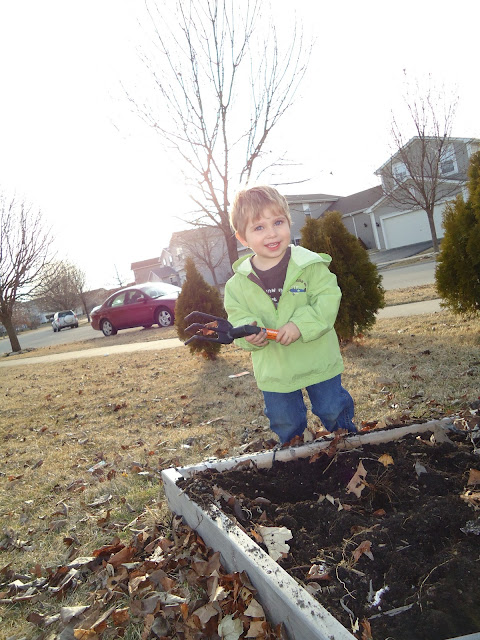 Nick even helped us gather the leaves and put them into the yard waste bags. Would you believe we filled two entire bags just with leaves and old plants from our small raised bed garden? Really. 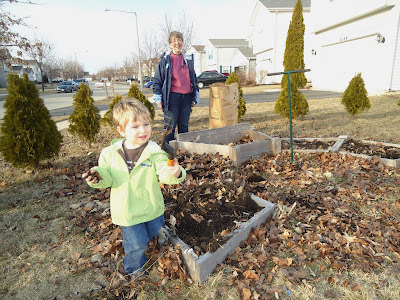 Oh, and the snow shovel? I couldn't find the rake--later Greg told me he'd thrown it out because it was in bad shape. At first we tried picking up the leaves with our hands, but that was frustrating and not very successful. So I pulled out the snow shovel, and that did the trick fairly well. I also used my funky twisty tool (that green thing with the handle) to turn over the soil. I'll probably supplement the soil a bit with some compost, but it still looks decent. I like raised beds because the soil doesn't get packed down as much. 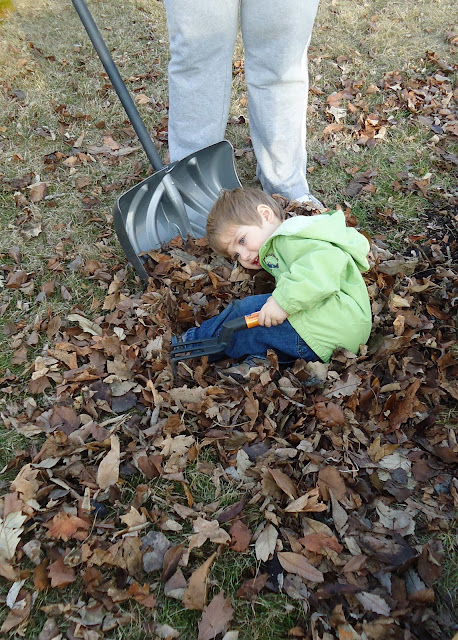 We already planted some seeds, and they're growing well indoors. Now the garden is mostly ready for planting. I'm thinking the spinach will go in first, sometime soon. This year we're going to put in some chicken wire, because the bunnies around here are ravenous, and they've eaten quite a bit of my produce in the last few years.

I am totally ready for spring to arrive, this time for good! If we get both nice weather and time this weekend, we'll be doing some planting. I ordered a whole bunch of new seeds from the Seed Saver's Exchange, and I can't wait to see how they'll do.
Posted by Melissa E. at 9:54 PM