All About Bikes. . . and Trikes 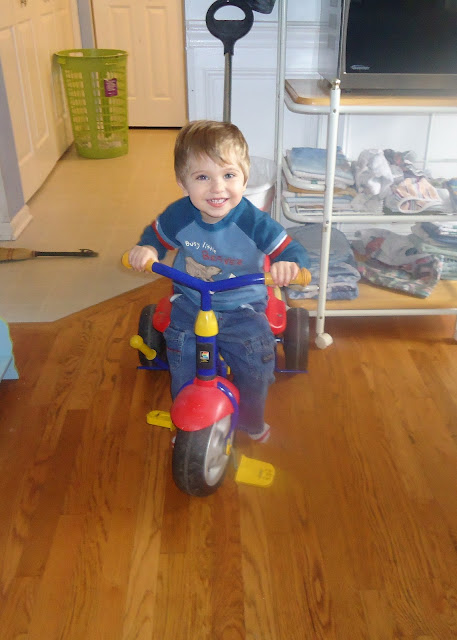 It all started with Nick reading a story about a bike at daycare. Nick was especially interested, and our babysitter, who believes in the Montessori approach, went with it and brought out activities having to do with bikes. The kids put together diagrams of a bicycle, colored them, and learned to name the parts. My boy was totally into it. See the picture he made? 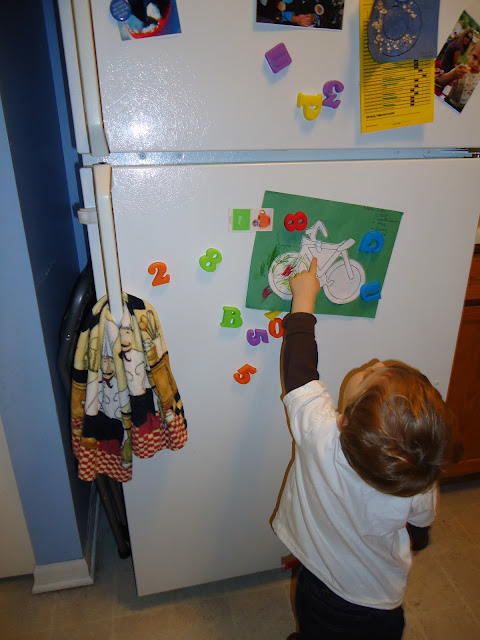 Bikes are his latest obsession. He can point to and name the pedals, wheels, tires, handlebars, and even the horn. 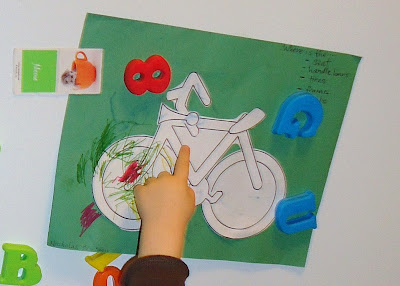 When we went to Costco on Friday, of course they had out their display of bicycles--adult bicycles. "Mommy, I want to ride that bike." Then, later in our shopping trip, "Mommy, I want that bike!" I told Nick that he had his own bike at home in the basement. Actually it's a tricycle, but he got all excited. Greg brought it up into the living room and he's been sitting on it constantly. Greg brought it outside all three days this weekend and let him ride around the block, again and again. . . and again.


Nick mostly just sits on the trike or scoots a little with his feet, as you can see. Greg pushes him when they're outside. But he knows that this is a big kid bike, so he's excited everytime he sees it. I'm not sure how long it'll be before he's able to reach the pedals properly. 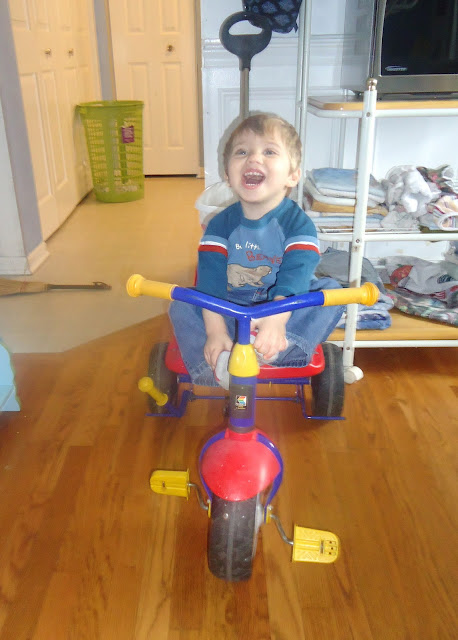 He also started climbing on the seat of his tricycle to get things. Last night, he used it to get onto the kitchen table, grab a handful of kitty food, and fling it across the floor. "Here kitty, you eat it!" So the trike started Nick on a pattern of climbing. He climbed a lot Friday night, and even sat on our cocktail table for awhile. We had to tell him, "No stand on bike!" repeatedly.
Posted by Melissa E. at 9:18 PM