Weird, Freaky-Looking Bugs are Fornicating in My Strawberry Plants! 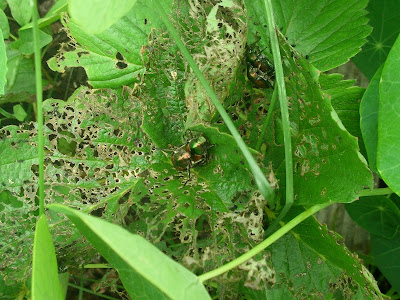 I am ashamed to say I threw a miniature hissy fit. I said some not very nice words to these bugs, and then I flicked them off of my plants (none too gently, either) and stomped into the house. 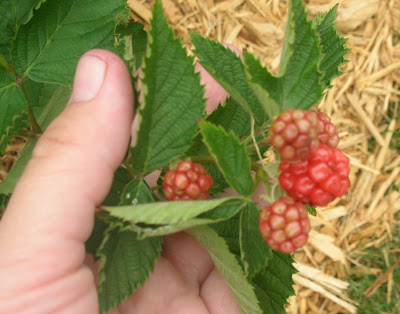 I came out again later for some better news. I do have raspberries. Six, to be exact. All of them on the middle plant. They are hard as a rock, however. Are raspberries supposed to be that hard? When do I know it's time to pick them?

I am a frustrated gardener right now. But I found a cool book about plants. It's called "Wicked Plants," by Amy Stewart, and I ordered it through interlibrary loan from Bettendorf. I don't even know where Bettendorf is; I've certainly never heard of it. Great book, though. This is a botanical guide to dangerous plants.

Why, you ask, am I reading a botanical guide for fun? No, I'm certainly not interested in poisoning anyone. . . unless it is those freaky-looking bugs. This book talks about the history behind these dangerous plants. For example, did you know that deadly nightshade is also called belladonna, which means beautiful woman? They think it has this nickname because Italian women (in the middle ages) used to drop a mild mixture of belladonna into their eyes so that they would dialate. I guess they thought it made them more attractive. 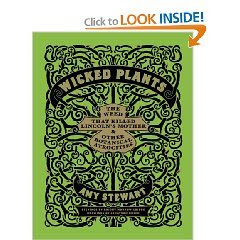 I'd recommend the book, even if you're not into plants. The background stories are fascinating. In Africa, when someone was accused of a crime, they would make them swallow an "ordeal bean." If they vomited up the bean, they were innocent, but if they died, they were guilty. I guess they thought the bean didn't lie.

I have been trying for the last two days to get a picture of Nick's new tooth. Do you know how difficult it is to get a baby to hold his mouth open for the camera? I think I finally got it, or at least you can kind of see a smear of white in the picture. 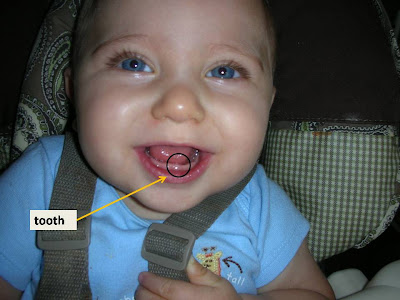 He has been getting a lot of use out of those new teeth. Today he was eating ritz crackers again and scraping them against his tooth. It must feel good. So far today he has bitten: me, crackers, a book, my flip flop, the carpet, Mollycat, my mail, and his stuffed turtle.

We're in trouble when he gets more of those little white smears in his mouth. 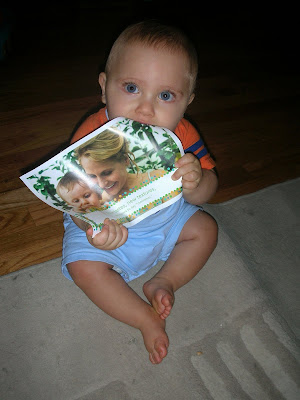