Hangin' with Henry and a VERY Dead Car

Due to the extremely cold temperatures, my school was canceled. Good thing, too, because the snowplow didn't come through until around 11 a.m. There was at least a foot of snow in the street, and I don't think I could have driven over it without getting stuck. Greg was able to get out to Nick's OT appointment this afternoon, though, so Henry and I had some time to hang out together.


Whenever I've got Henry to myself, I try to do all the special things I did with Nick when he was an only child. Like teaching him to put on his own sock when he takes it off. No luck there today, but that's alright.


Today, we baked pumpkin bread together, and I let him do all of the steps. Henry is a completely different child when he's not around his brother. He is focused, affectionate, and he just doesn't stop talking to me and asking me questions. 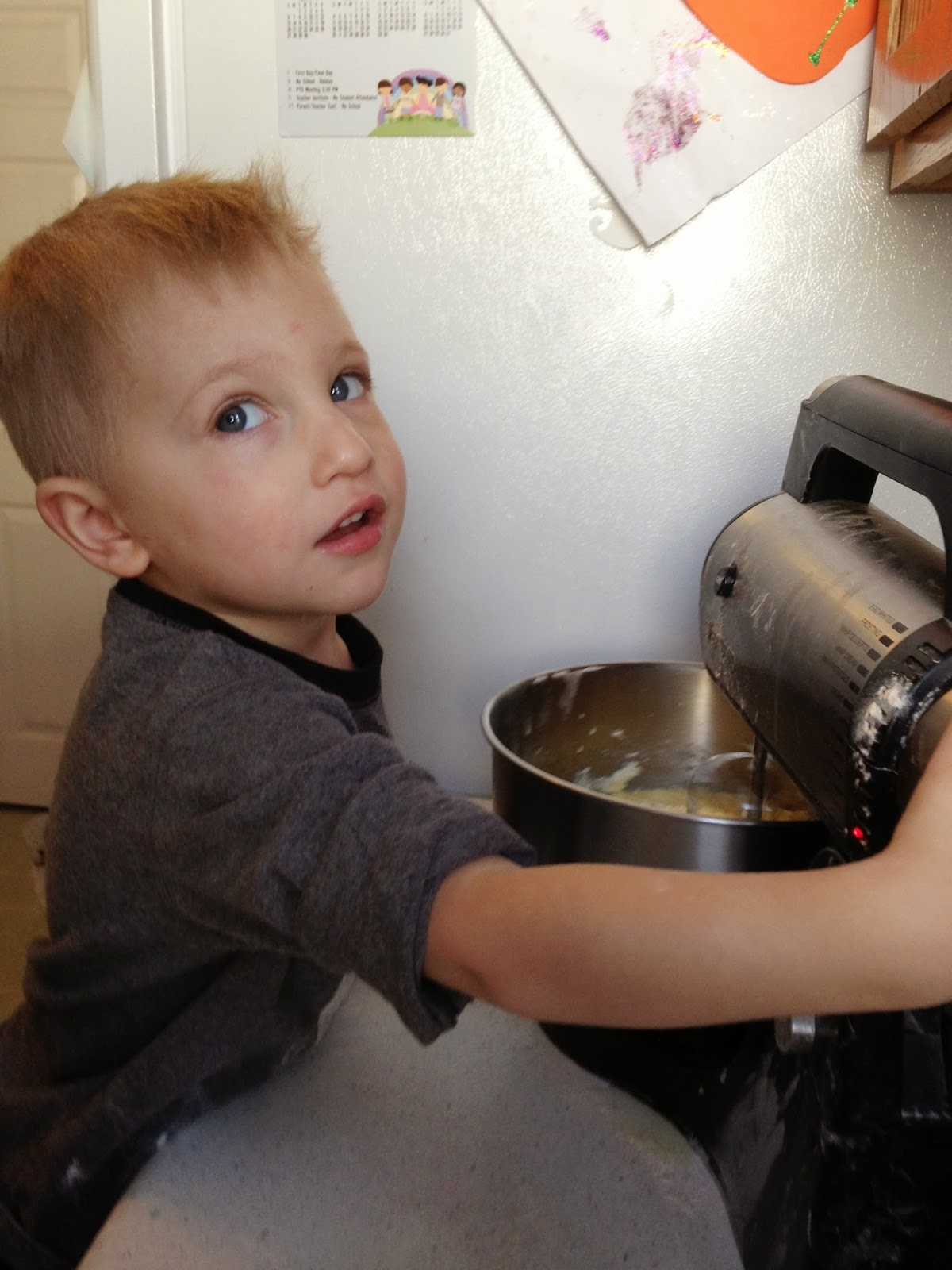 Henry was fascinated by the stand mixer. He kept wanting to turn it on and off, on and off. I just let him. Why not? It's only pumpkin bread--very hard to screw up. 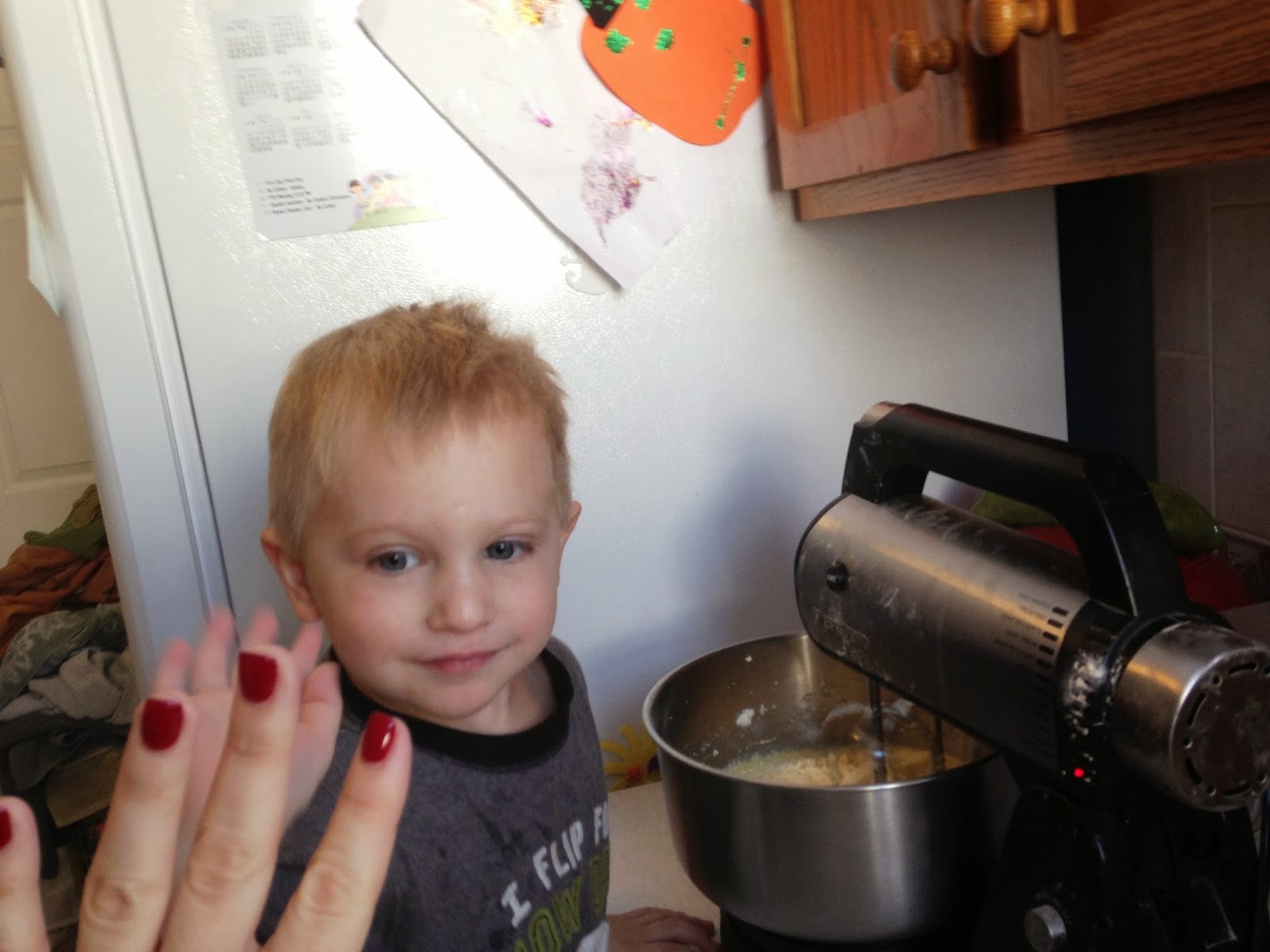 Partway through our baking experience, I got the call from my school district saying school was canceled for Tuesday as well. Henry gave me a high five and we did the happy dance in the kitchen. I'm sure I won't be doing the happy dance in June when it is 98 degrees and I'm still in school. Ah, well. I have a hard time thinking about long-term consequences, and I don't have any control over the weather anyway.

The best part of baking is licking the batter, so I have a magic trick I use to prevent us from getting salmonella. 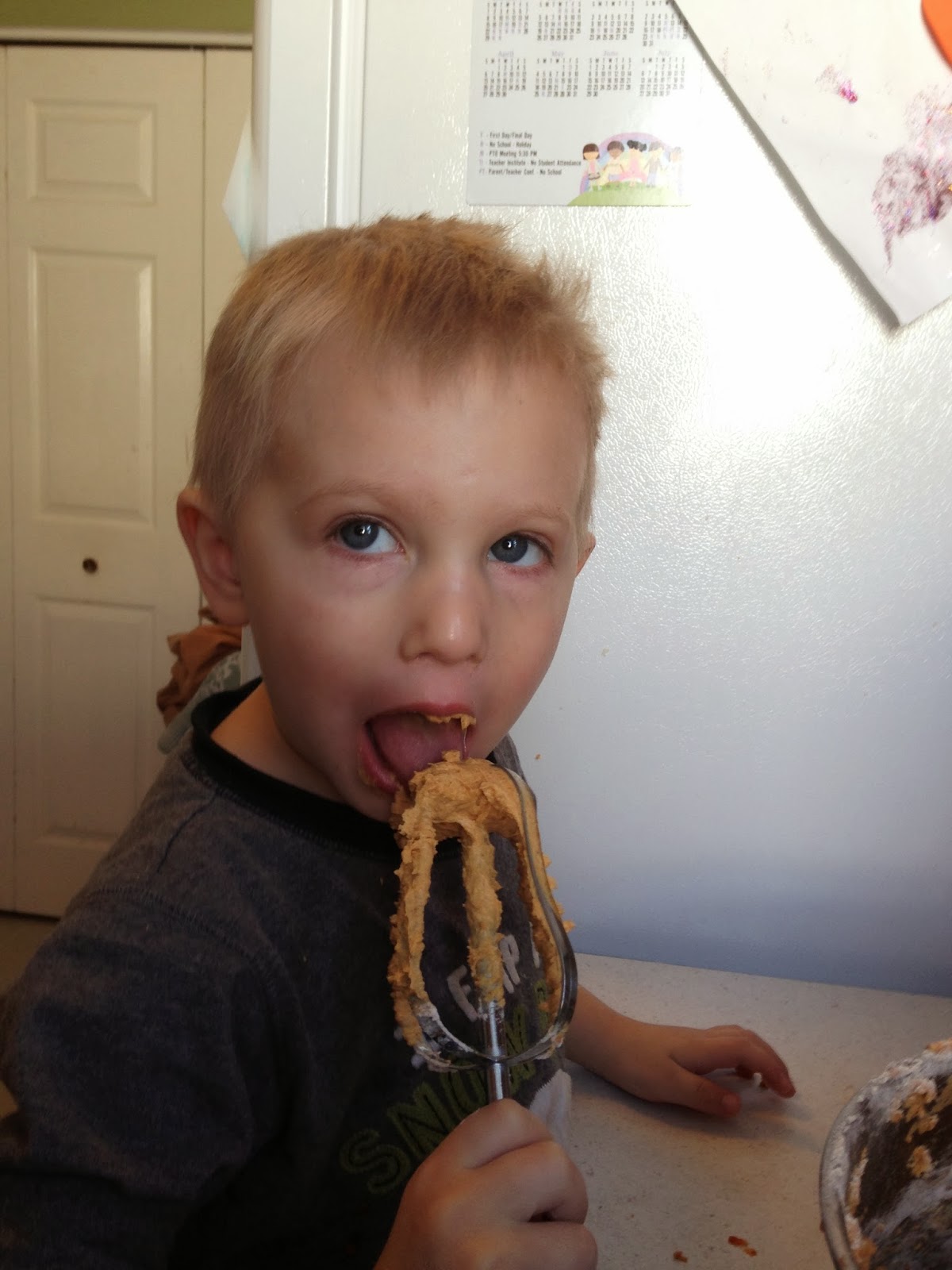 I simply mix the eggs in last, by hand, so we can lick the beaters with no fear of anything (other than high cholesterol, I suppose.


Our pumpkin muffins turned out delicious, even though I made them with half whole wheat flour and half splenda. I do believe the batter was even better than the bread, though how can you complain about something made with a cup of butter. Yum.

After pumpkin bread, Henry made use of this cool tub Uncle Justin gave us. It was filled with flavored popcorn, but we ate all of it, so now it has become a Darth Vader helmet.


I downloaded a star location app today. You can point it up at the sky and, even during the daytime, it will tell you where the stars and constellations are located. Henry loved it! 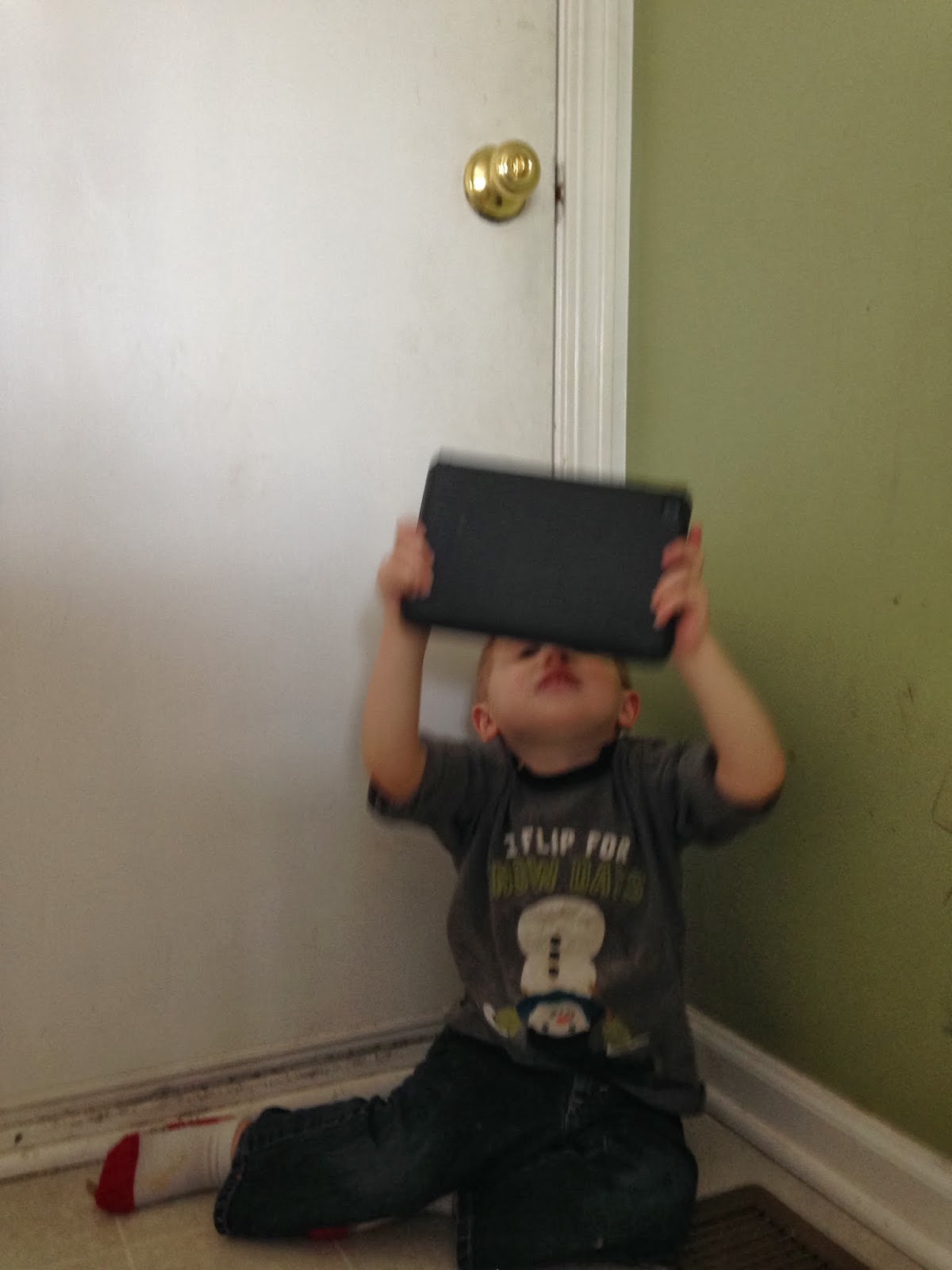 I just spent the last half hour trying to get my car started. No dice.  Greg started it yesterday and let it warm up for quite awhile, but I guess I should've been doing that all day today as well. I guess a tow truck is in my future. 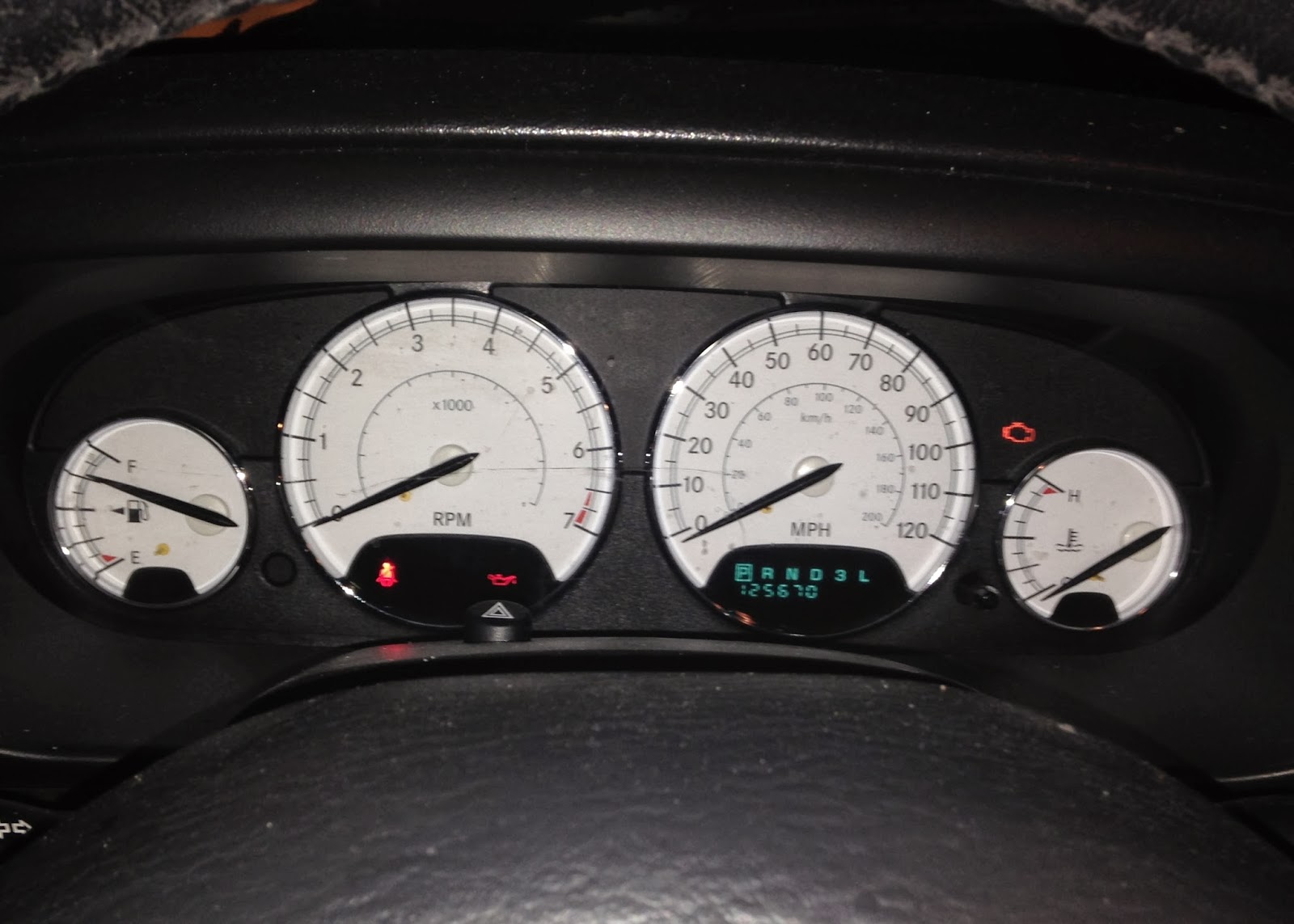 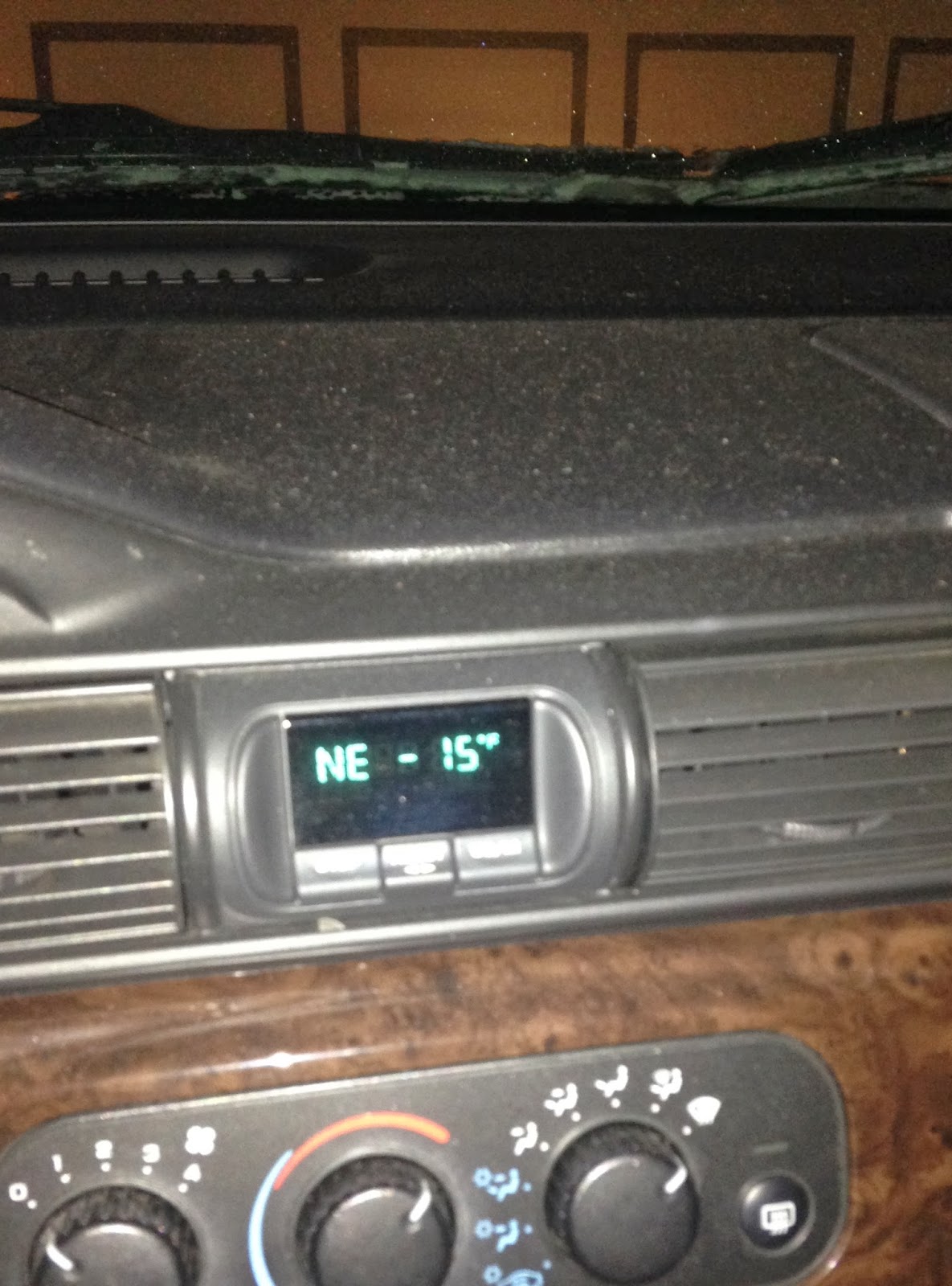