Recovery and a Birthday Dinner

Finally, we're all starting to feel better. Flupocolypse 2013 has concluded. (Can I call it that? Too much, perhaps?) Anyhow, though all of us still have a rather nasty cough, the fevers seemed to have ceased. Nick's rash is slowly fading, and we were even able to take Grandma Toni out for dinner for her birthday. 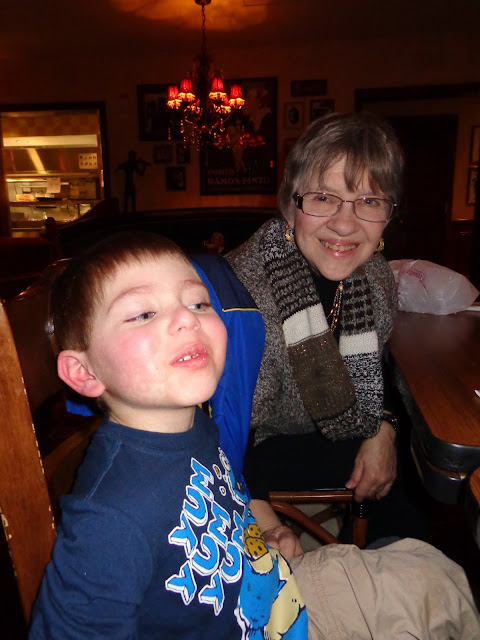 We went to Mimi's Cafe, because it was Grandma Toni's choice. The waitstaff is always nice to our children there, and they are fairly tolerant of our requests for extra crackers. The food is pretty good, too. 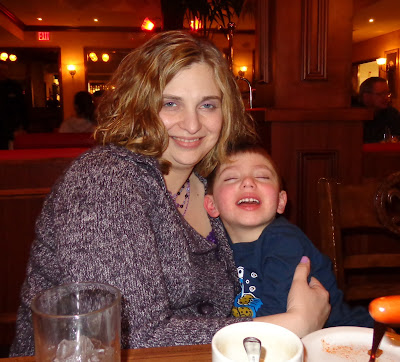 Aunt Sarah and Uncle Jay were able to join us, and the boys were excited to see them. Henry even tried to give Uncle Jay his milk. Uncle Jay was impressed by his offering. 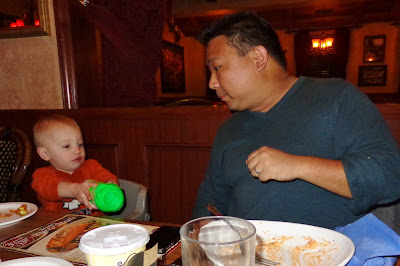 Aunt Sarah tried to get a smile out of Henry, but he isn't one to smile on cue. 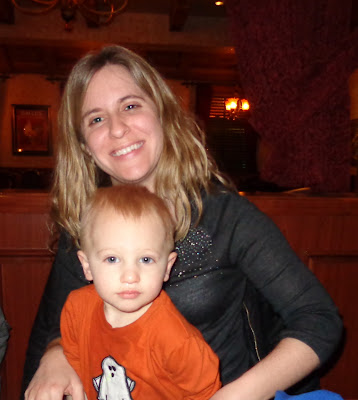 Greg was cheerful, considering his sinuses were driving him crazy. Doesn't he look thrilled? 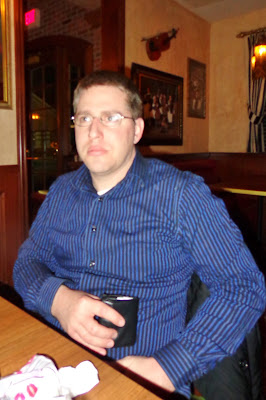 We're all feeling a little better, Toni had a Happy Birthday, and my spring break starts tomorrow. Things are starting to look up. Now, if only spring would arrive. . . 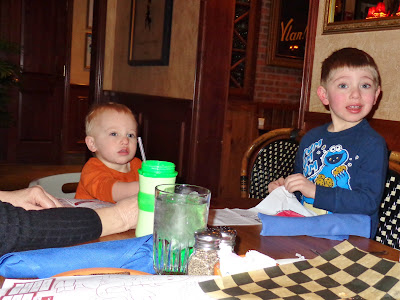