Nick and Henry are fighting over their toys right now, but here is the Easter card we made yesterday. 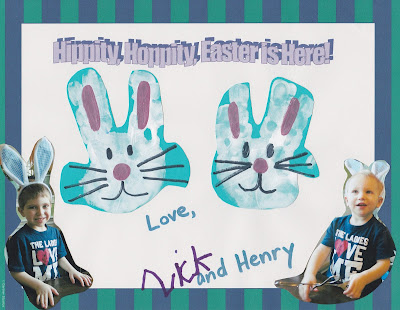 Every once in awhile, I get the urge to do something creative. While I'm definitely not artistic, I know how to follow simple directions, and I saw this on Pinterest and figured it couldn't be too hard.

For the pictures, I snapped as many pictures of the boys wearing the bunny ears as I could while we were decorating eggs and painting. Nick liked the bunny ears. 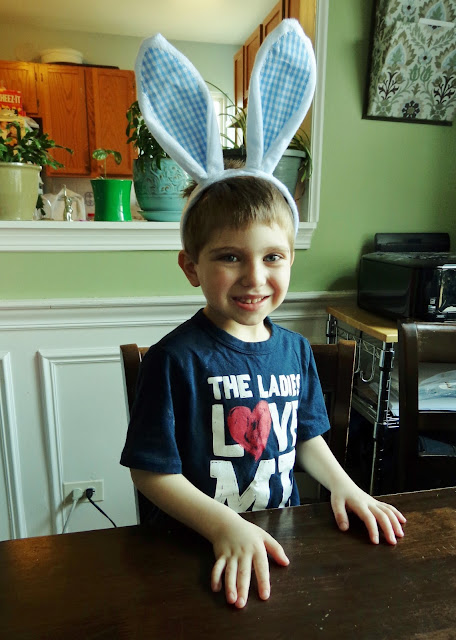 Henry, not so much. He loved the idea of the bunny ears, he just didn't want to actually wear them. I finally snuck them on his head while he was playing with the salad tongs and quickly snapped a picture as the bunny ears slipped down the back of his head. Success! 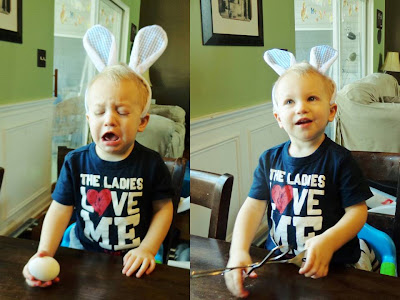 For the bunnies, white paint and construction paper was all I needed. Basically, I painted their palms and four fingers, skipping the thumb. Then, I had them spread their fingers and press down. 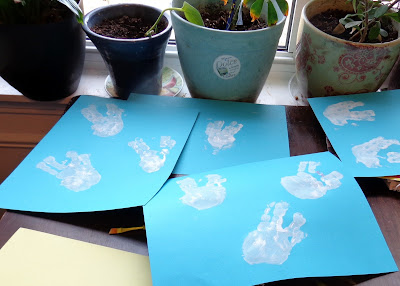 Since I had the paints out anyway, I let the boys further trash the kitchen table and express their artistic instincts. Nick painted with a lot of black. He said he was painting Darth Vader. Sigh. 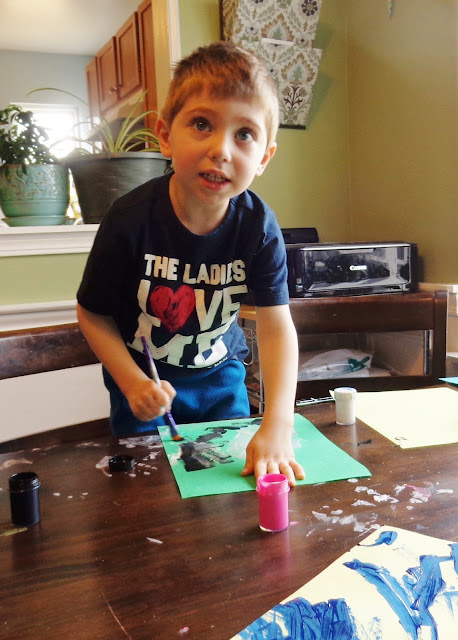 Henry painted the paper, the table, and, of course, himself. 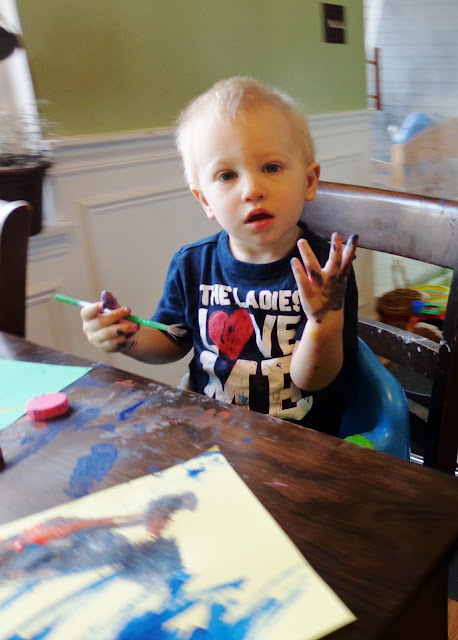 When he painted his forehead pink, though, we had to stop painting and take baths. This made Henry sad. 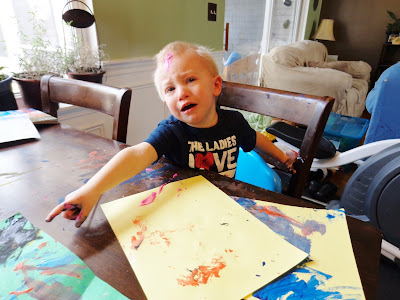 Cleaning the table made me sad. I think I will have them paint outside next time, if the weather is nice enough.
Posted by Melissa E. at 9:12 PM