Henry was sick on July 4th, so it's a good thing we'd already done Ribfest and fireworks July 3rd. Poor guy had a fever and a bad cold. He's doing somewhat better now, though he's still pretty crabby. I did want to do something special with Nick to celebrate though, and he asked me if we could make a dessert. I did a little searching and we found this one. 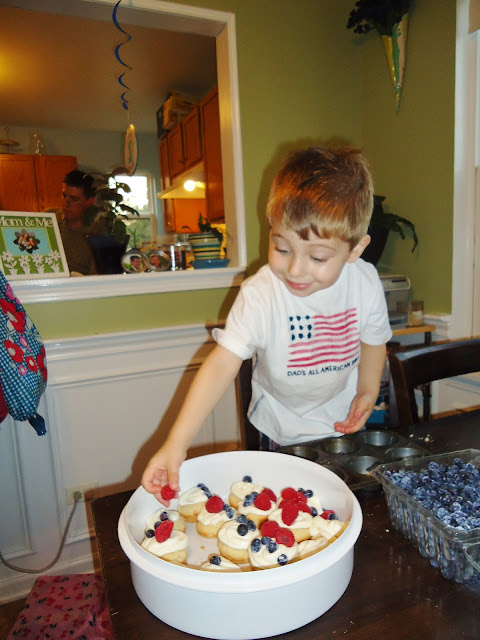 This fruit tart recipe let me try out my new blender/food processor. I got a Ninja system, which works pretty well so far. It does, however, bite. I sliced one of my fingers immediately upon opening the package. The system is extremely powerful, though. 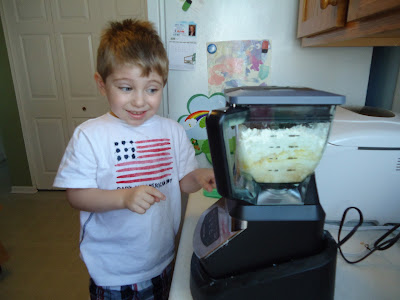 Making Fourth of July fruit tarts is pretty basic. It's a sugar cookie recipe baked into muffin tins and then topped with a blend of cream cheese and whipped cream. Then you add fruit on top. Yum. Nick likes to help with every step, though he's a little bit afraid of the higher speeds on this blender. He was telling me, "No, not number three! Press number two only. Number three is too loud!" (There are three settings.) 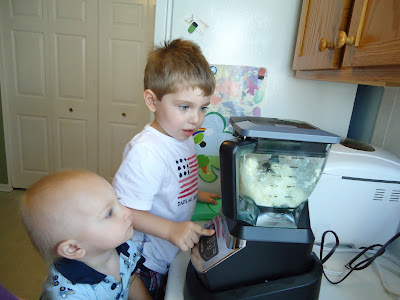 Henry is getting to be a good enough climber that he climbs up the step stool right onto the counter. He was fascinated by the whirring blades of the Ninja.

Of course, Henry's favorite entertainment is watching our front loading washing machine spin, so I suppose his interest in the blender isn't too surprising. 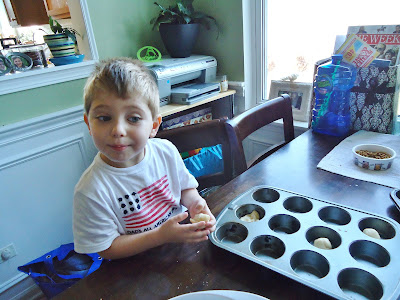 Nick is getting better at rolling dough into balls. We did that and then pressed the balls into my muffin tins and baked them. While we let them cool, all there was to do was prepare the cream cheese/whipped cream mixture. 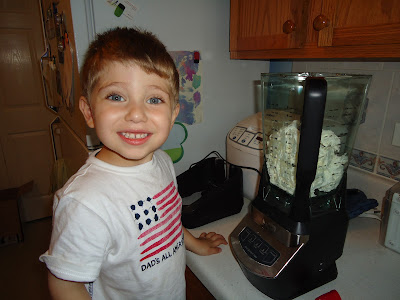 Nick's favorite part, I think, was adding the fruit on top. We used raspberries (for the red) and blueberries (for the blue). The frosting was white, so we were all set. 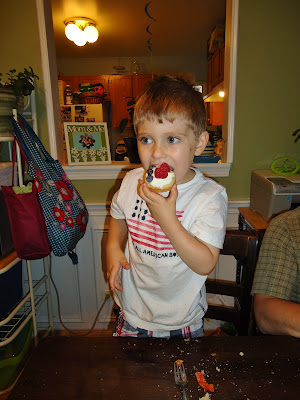 For such a simple recipe, these tarts turned out pretty cute. 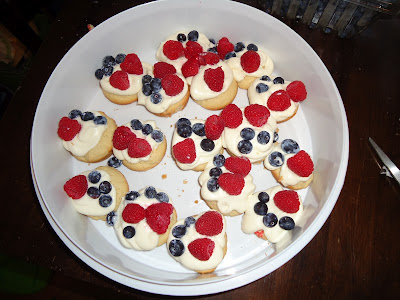 Henry loved them, too. 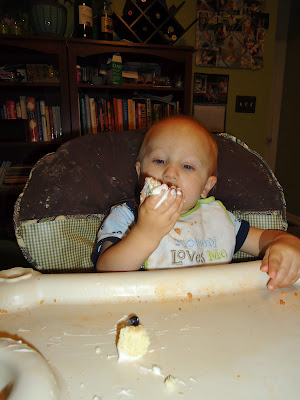