Yesterday we decided to head out to Naperville's Ribfest to see the fireworks. Last year, Henry was too little to pay much attention, so we were curious to see what he'd think of the American tradition of celebrating our independence with large explosions. 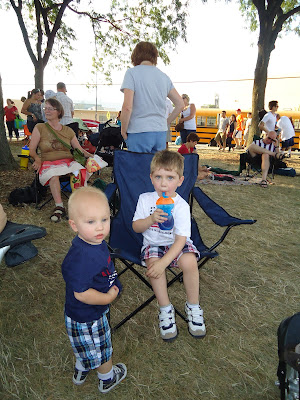 This involved parking far away and taking a school bus down to Knoch Park. I think the school bus was Nick's favorite part, actually. Grandma Toni joined us for the festivities, too. 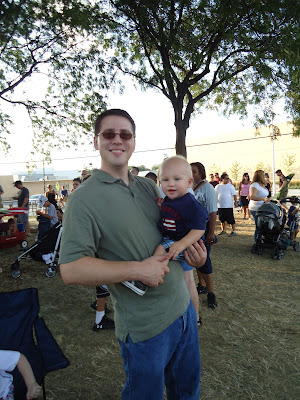 My favorite part was the ribs, which were delicious. Greg and I had to wait in line for quite awhile, but Nick entertained himself pretty well. He usually finds things to entertain him, like this wooden statue of a pig. 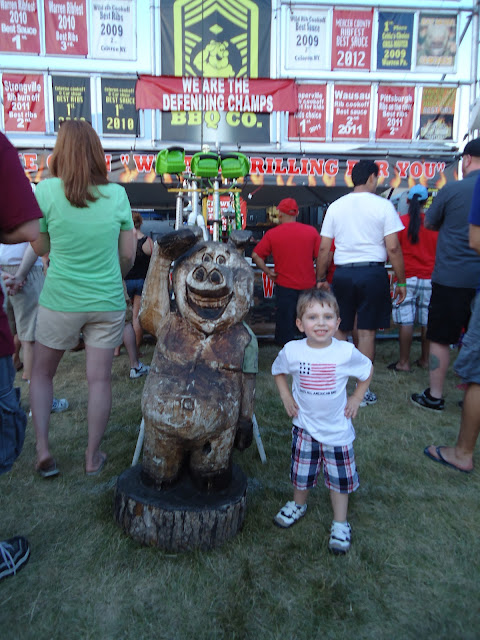 He kept running back and forth towards the spraying fans. I'll admit, I was kind of jealous of him, because it was really refreshing. 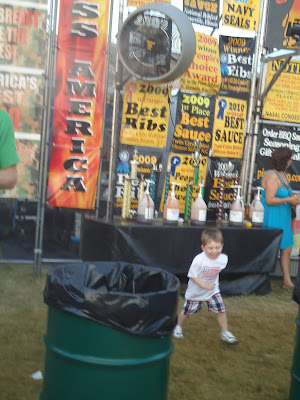 Henry kept trying to drink out of our water bottles, but he wasn't terribly successful. He loved the cornbread. 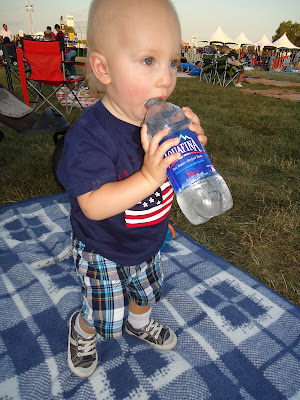 We had a couple of hours to wait before the fireworks, so the boys ran around and rolled around. 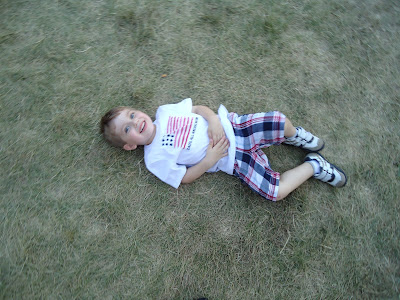 Greg did some research and read that the fireworks at Ribfest are usually some of the best in the area, and I think it was a great show, though I'm not an expert. 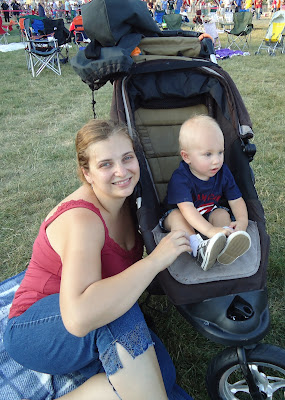 Henry was fascinated by the fireworks. He stayed awake the entire time, watching and listening. Nick was more into dancing and running around in excitement. 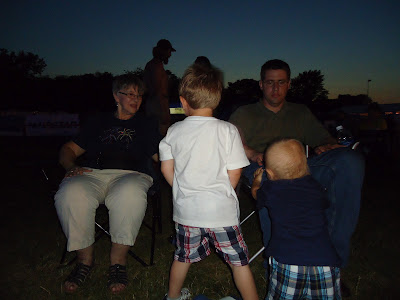