Last week, the boys and I joined a friend of mine and her son up in Elk Grove at Pirate's Cove Children's Theme Park. 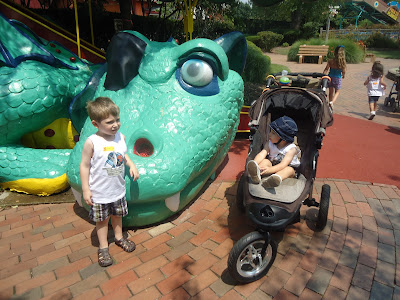 In honor of the occasion, I dressed the boys in their matching pirate ship tank tops. The dragon you see behind you is a slide. Nick was far too scared to go down the slide, though he insisted on climbing up and blocking the line. Ever since he broke his arm when he was 20 months old, Nick has been afraid of heights. This usually only applies to slides and changing tables. 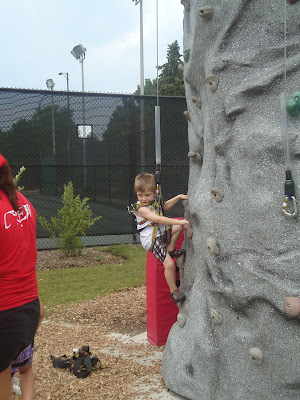 Nick didn't get scared at all while rock climbing on this big wall. I told him he was probably too little to climb the wall, but he wanted to ask anyway. I wasn't standing right near him, but I heard the attendant ask dubiously, "Do you weigh 45 pounds?" "Yes! I weigh 45 pounds!" replied Nick. (He doesn't.) 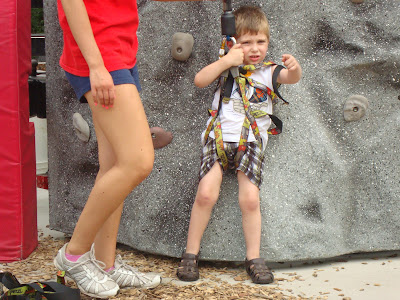 Nick didn't get up too far, but I can say with considerable confidence that he climbed further than I would have been able to under any circumstances. 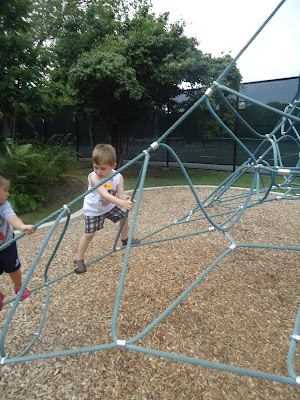 Nick wasn't scared at all climbing on the "deck rigging" ropes, either. He scared all the other kids because he climbed way up and then was shaking the ropes, just for fun. 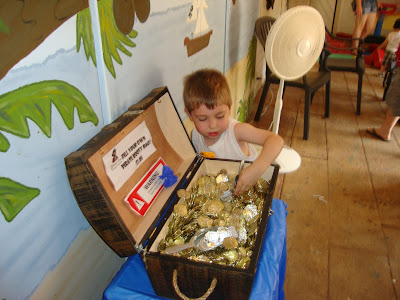 Henry's favorite room was the play room inside the pirate ship. That's because it's the only room where we could set him free from the stroller. There were pirate coins and big cardboard blocks and crafts. 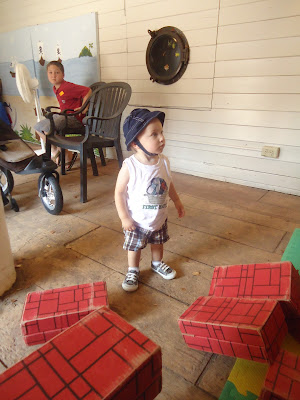 The trains were a favorite with Nick, because he could use his hands to make them move. There were also teenage guys with big sticks to help push the trains when they got stuck. 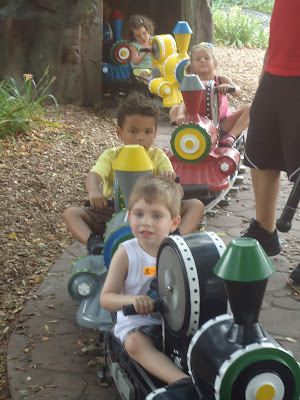 The carousel was also a big hit. Nick asked me the next morning if he could go on the carousel again. "Sure," I replied. "Next time we go there." "No!" Nick insisted. "I want to go on the carousel RIGHT NOW!" He didn't seem to understand that there is no carousel in our backyard. 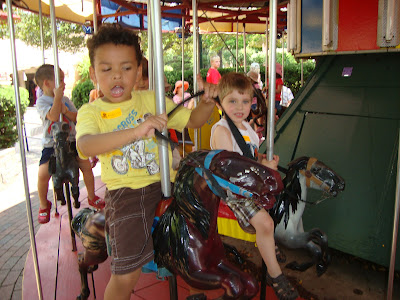 I thought the boats were the coolest part, though they didn't have any boats big enough for me. 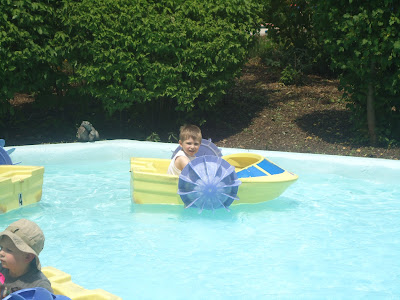 Henry had to stay on the dock, too. 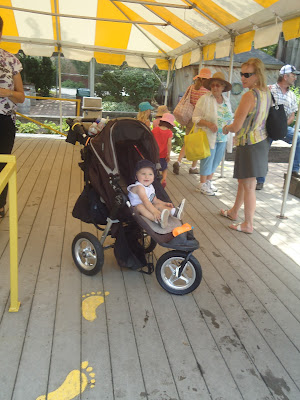 This place was just perfect for Nick and his friend. Henry was still too little to enjoy most of the features, but next time he'll enjoy himself more. 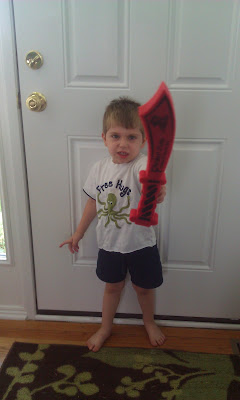 Wikipedia defines a swashbuckler as a "rough, noisy, and boastful swordsman." Yup. That's my Nick. My friend bought him a foam sword, and he's been swashbuckling ever since.
Posted by Melissa E. at 10:34 AM