Henry received quite a few entertaining new toys for his birthday last week. He's had a great time playing with them all. But I think the most fun he had was with a game he invented. 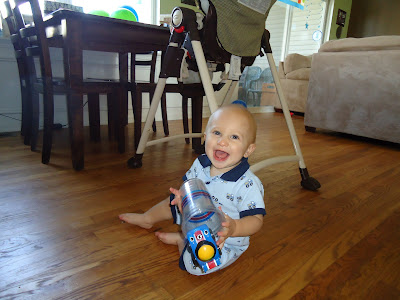 Here's how it goes: Henry puts a car into the plastic cup and shakes it around while laughing uproariously. 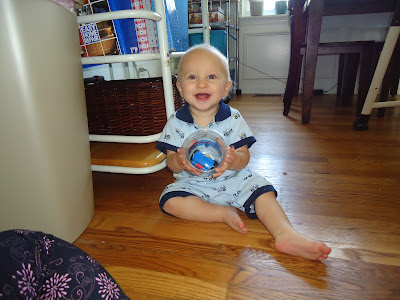 Then, when the car falls out, he laughs even harder, and puts the car back into the cup. It's even better if the car pops out and then back in to the cup.

Henry played this game for nearly an hour. It was pretty funny to watch. 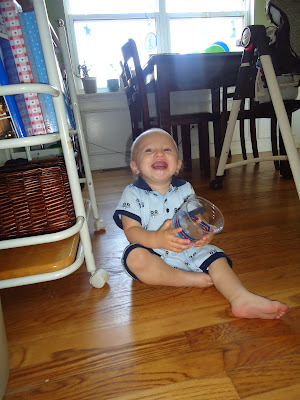 So. . . all of those toys, and he's just as entertained by a simple plastic cup. He reminds me of our cats. I used to buy them all kinds of toys, and they'd prefer to play with the plastic piece from the milk carton, a piece of dryer lint, or a ball of tinfoil. 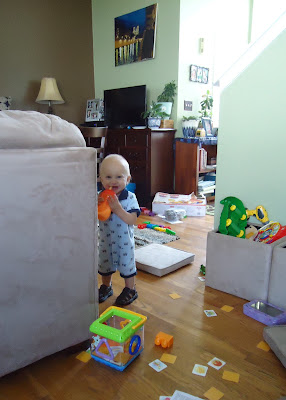 At least Henry is creative in how he plays.  Creativity is highly underrated.