On Saturday, I decided to take the boys on a little adventure. I was googling "things to do in the Chicago suburbs" and up popped an airplane event. It's called Cavalcade of Planes, at the Clow Airport in Bolingbrook. 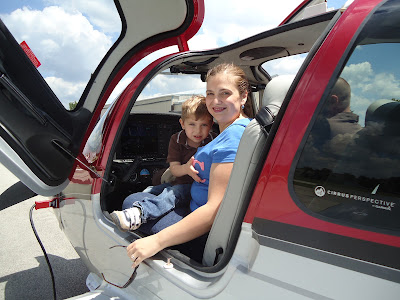 Nick really loves planes. I think it has to do with his rear-facing car seat. You see, we kept Nick's car seat rear-facing until he was 2 1/2. He spent a lot of time looking out the rear window, up at the airplanes. So we decided to go. Nick loved the experience, though can you tell he didn't want me to take his picture here? 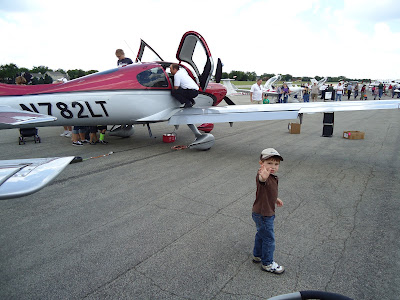 Nick still gets jumping up and down thrilled about airplanes. His 2nd birthday party even had a plane theme. This event was just perfect for little kids, and there were plenty of families around climbing on the planes. They had parachutists, gliders, open planes, biplanes, and old navy and army planes. 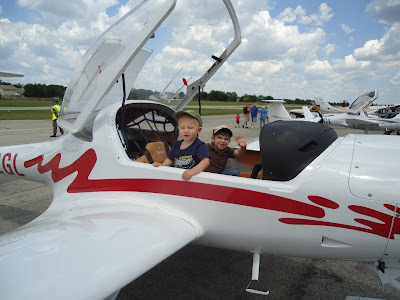 There were airplanes that you could touch and even sit in and pretend to fly. We also got to watch planes and helicopters take off and land. Henry was really focused on looking up at the sky every time someone pointed. Since he doesn't talk much yet, I'm not sure if he recognized the planes. Nick was a bit mad that we couldn't take a ride in one. 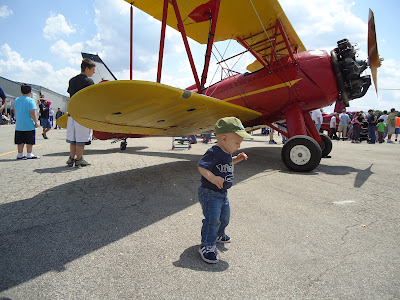 Nick was thrilled to be able to hold the yoke on one of the planes. He loved the computer displays, too. The noises scared him a bit, though, especially when the planes were taking off and landing. 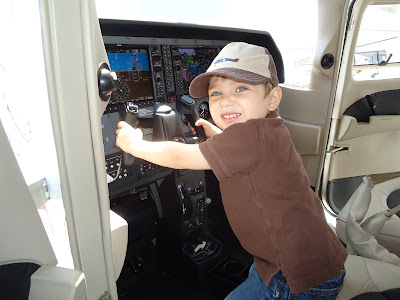 I made sure to dress the boys in their airplane outfits today. Nick has a polo shirt and a hat, each with an airplane insignia. Henry wore a onesie that said, "Big Brother's Wingman." 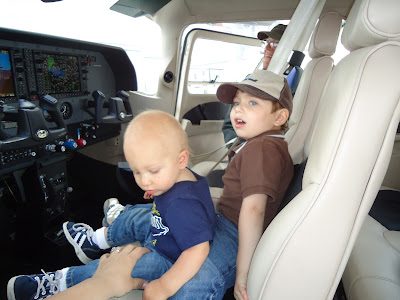 Nick was able to identify the propeller, wings, and cockpit of this plane. He asked me if I could buy him one. "Mommy, can you buy me one of those planes like that? A big red one, please!" he asked politely. I just laughed. 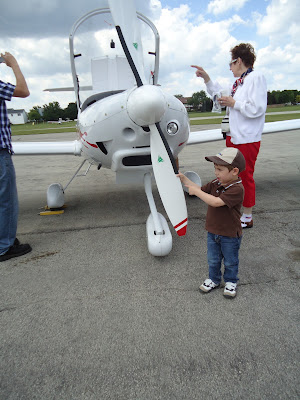 I'm very glad I decided to take the kids out there. It was a great way for me to spend my first official day of summer vacation. I want to go back next year. 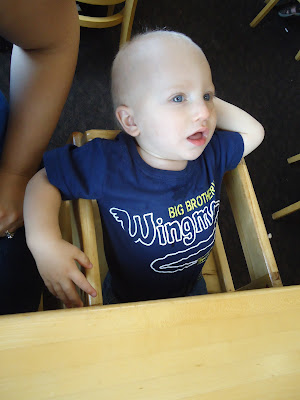 I think the boys do, too. 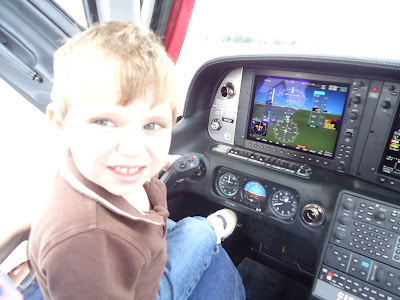