Henry has taken a few steps here and there over the last few weeks, but in the last couple of days he's moved on from merely taking steps. He is officially walking! 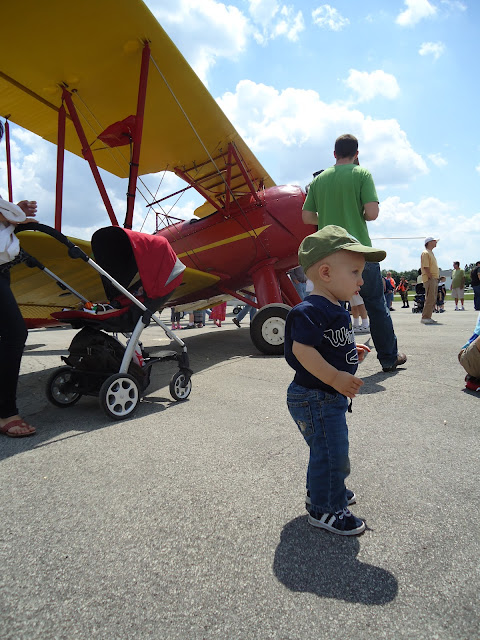 Nick didn't walk until he was 13 or 14 months old, but Henry can officially claim to have been walking well before his first birthday. I have proof!


I'm excited for Henry, who will probably start running next, but I'm also a bit nostalgic. I miss when he was a tiny snuggly baby. Tonight I tried snuggling him for an extra long time while he had his bottle. He'll only get bottles for another few days. Our doctor recommends switching to cups right at one year of age. I can see where that'd be helpful for Henry. He can already carry a sippy cup of milk while he walks around the living room.
Posted by Melissa E. at 8:57 PM