I just realized my last post was almost a week ago. One week without cute pictures of Nick? We can't have that. Here are a few cute ones that show what happened when Nick found my winter boots. Yes, he was actually able to walk in them (all over the house, in fact). I'll intersperse these photos with my topic for today, which is far less pleasant and (lucky for you) for which I did not take pictures. 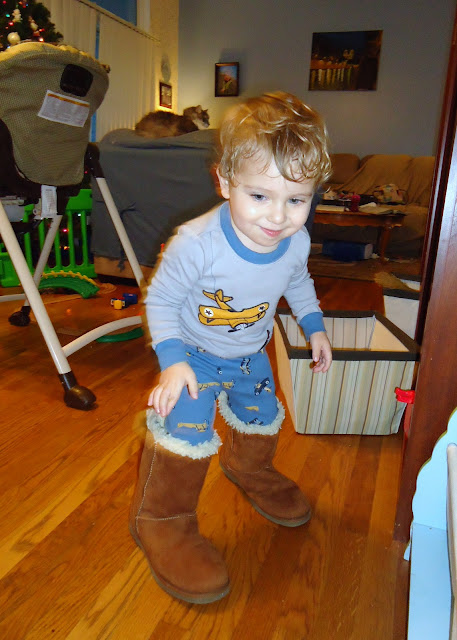 I've been trying to post at least three times a week, and this week I failed miserably. It's not that I don't have anything to post about, my hands have just been too busy changing diapers. Nick, who just got over a cold, now has some kind of tummy bug that requires me to change his diaper and replace his pants every hour or two. I do believe Nick has had at least seven baths since Wednesday night. I had to stay home from work to be with him Thursday and Friday. I hate missing work, because it gets my students all discombobulated, but there wasn't much choice, in this case. 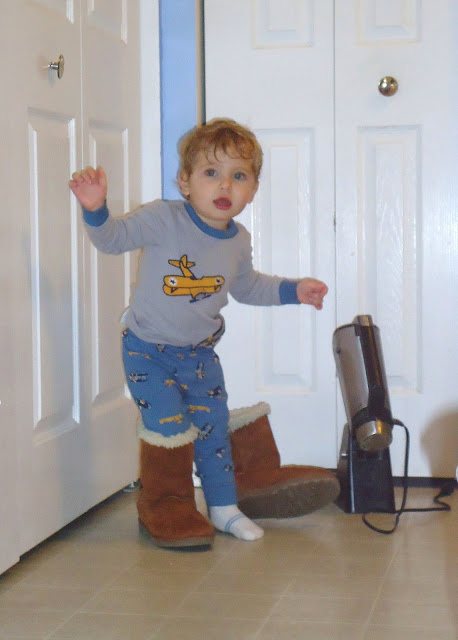 The doctor's office said not to worry unless it went on for over seven days. It has already been three full days and four nights of this, and I cannot imagine this lasting longer. We're hoping it will end very soon. The good news is that Nick has been in a pretty good mood, except of course for when we're changing his diapers. Understandably, he gets upset then. 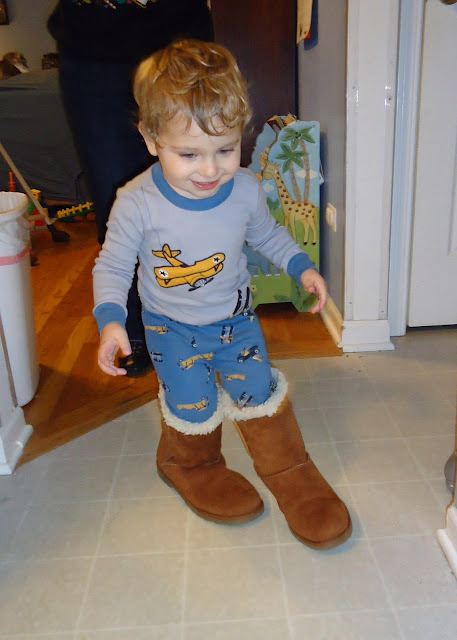