Since we spent Christmas Eve night and all of Christmas Eve day at my mother-in-law's house, Santa decided to hold off on leaving presents until the night of the 25th. Since Nick cannot read a calendar yet, no harm done.  ; )   He was pretty excited when he came downstairs to find what Santa had left him. 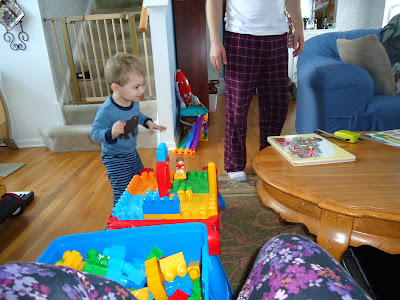 Santa noticed that Nick loves building with his Mega Bloks, which I picked up from http://www.napervilleyardsales.com/ last year for $7. So he brought Nick a whole new box of Mega Bloks, plus a table for building. He was duly impressed. 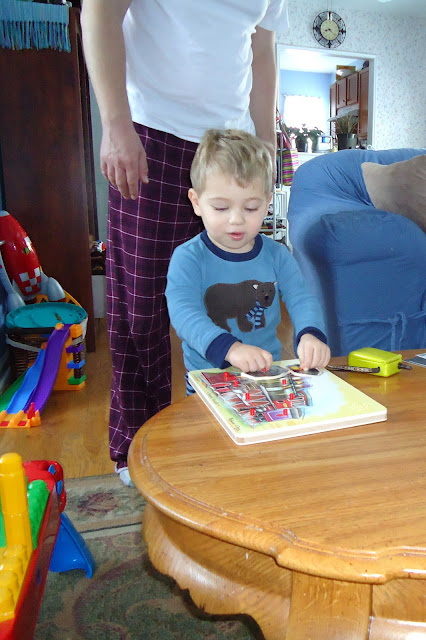 Nick also got a neat train puzzle that, when completed, makes train noises. Plus, Santa brought him a stamp set with vehicles and colored pencils, so that Nick can stamp his own airplanes and fire trucks and then color them in. Or, he can get ink everywhere and smear it on the furniture. Either way, he'll have fun. 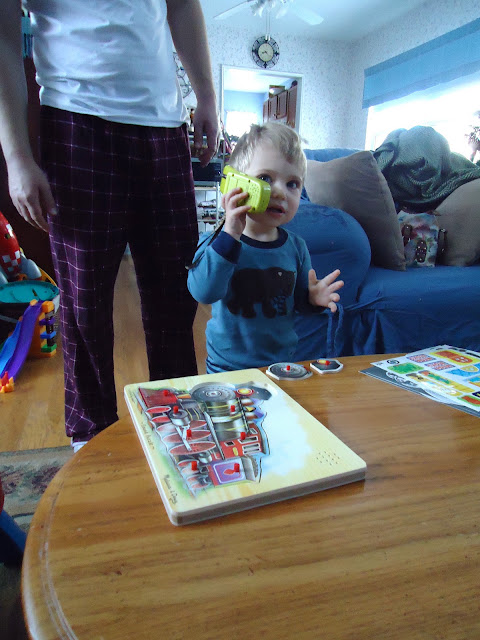 I have decided that next year, (from Santa at least) Nick will get one thing to play with, one thing to wear, and one thing to read. I'm sure Santa will agree that this is for the best. My boy is already spoiled silly by presents from all of his grandparents and various other relatives. I cannot imagine the intense level of toys that will hit my home once I have two little boys at various stages of development.  I can imagine, however, that it will be great fun.   : )  It's a very good thing I'm not afraid of messes.
﻿
Posted by Melissa E. at 10:22 PM