On the second day of Christmas, my true love gave to me. . . 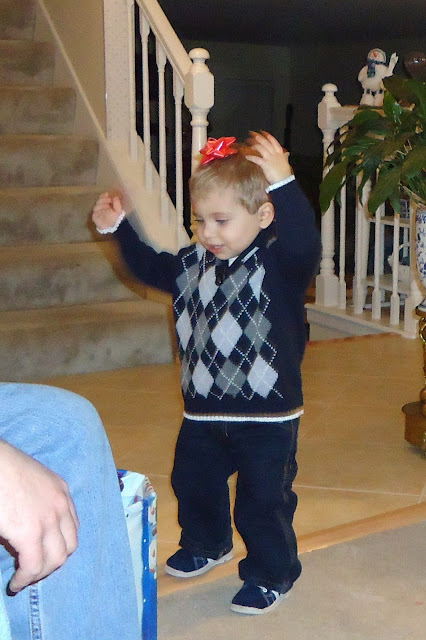 Well, it certainly wasn't two turtledoves. Our cats would've just eaten them. Our Christmas #2 was on Christmas Eve, which I've always spent with my mother's side of the family. Nick was excited to see his Grandma Linda, Grandpa Ray, Gigi (Great Grandma), Aunt Mandy, and Uncle Andy.  Above you can see Nick showing off his big boy Christmas argyle sweater, which I love because it looks like something an adult would wear. All he needs is a briefcase, and he's ready for a business casual day at the office. 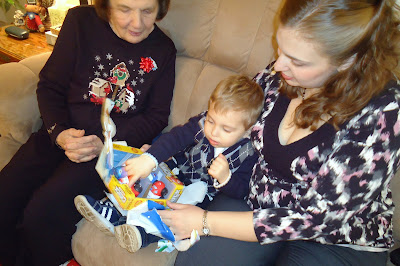 The good thing about my son is that he gets far more excited about playing with new people than he does about toys. Not that he doesn't like toys, but I'm less worried about him getting spoiled after seeing how much he wanted the interaction. There were so many presents, but he wanted everyone to sit on the floor and play with him.  Here is Aunt Mandy sharing a candy cane with him. 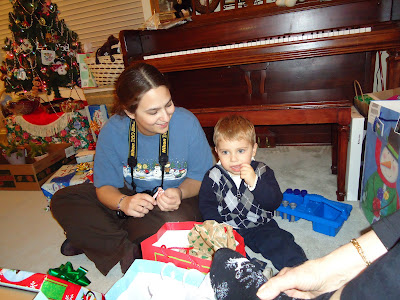 Nick was soon overwhelmed with presents, and he often couldn't be bothered to open new ones because he was so busy playing with the last present he'd opened. One of his favorite gifts was a keyboard--one obviously meant for an older child. Nick absolutely adored all of the buttons. I believe in the video below he's singing a version of "Somebody Come and Play" from Sesame Street.

Nick also loves giving presents. One special one that Nick and I made for Grandma Linda was one of those Shutterfly memory books. It was all pictures of Nick and his grandma together. I think she liked it. 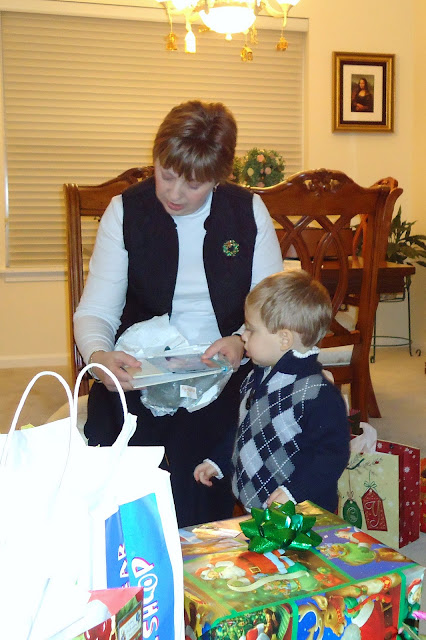 I'll leave you with Nick regaling us with Christmas Carols. Jingle bells is his favorite song, and the only one he knows the words to so far.
﻿
Posted by Melissa E. at 9:27 PM