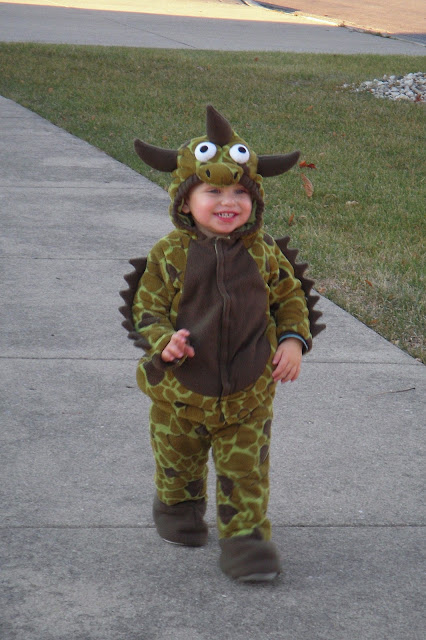 On Sunday, Nick dressed up as a little monster. He really, really enjoyed running from house to house and ringing doorbells. I'm afraid now that whenever we go on a walk, he's going to want to ring doorbells. I don't blame him. Some days I wish the whole "ring the doorbell, get some candy" thing worked all year. 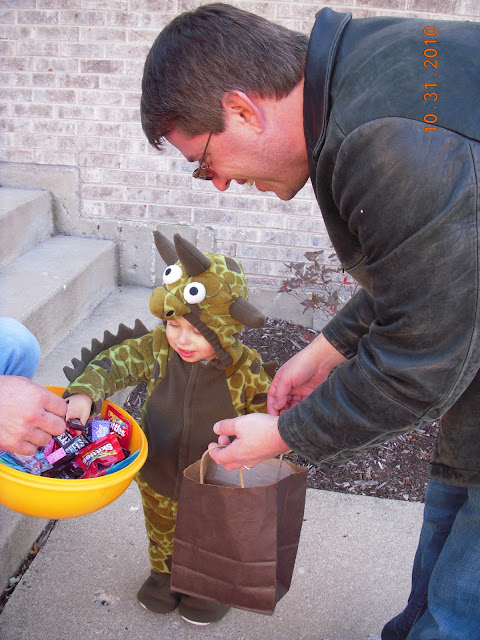 Just like last year, Nick went trick-or-treating with an entourage. Nick's Grandma Toni, Grandma Linda, and Aunt Mandy went with Greg and I on our candy-seeking adventure. We took turns taking him to the doors. He kept trying to climb on the porches the back way. Front walks do not appeal to Nick. 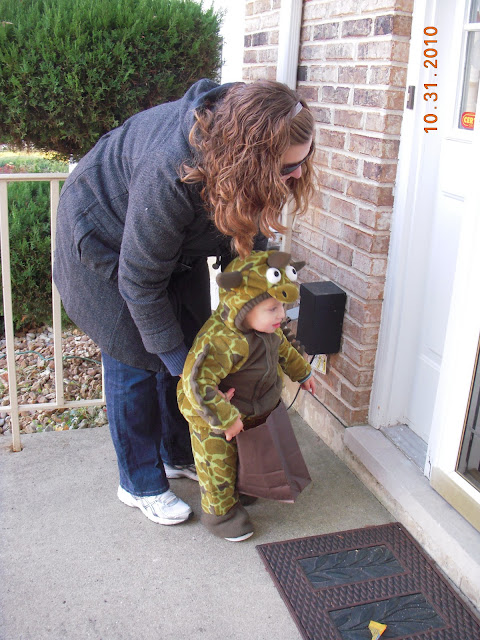 This year, Nick was able to say, "Trick or Treat!" However, he never once said it at the door. He would say it while running down the sidewalk, or walking on someone's lawn, but whenever we got to a door he'd clam up and just grin. That's okay, though. His grin was enough to earn him the candy. 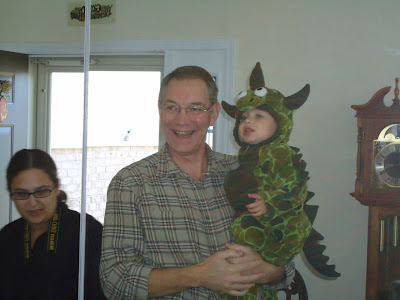 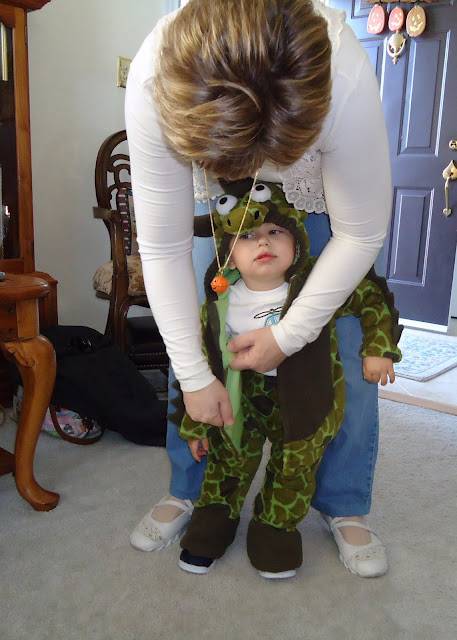 Nick wasn't sure what to think when he saw himself in his costume. But he didn't seem to mind wearing it, and at least it was pretty warm. 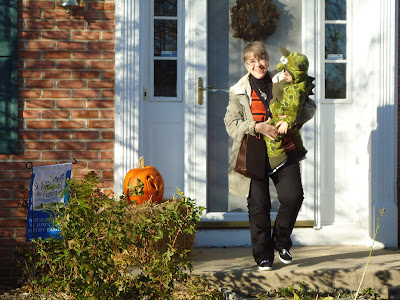 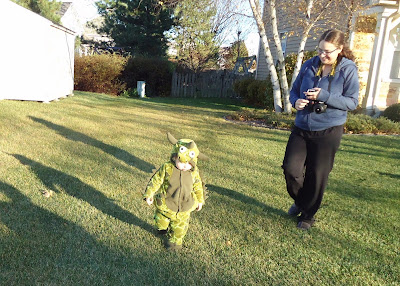 Well, Nick sure tired himself out trick-or-treating. He also tired out his whole entourage. But it was a great Halloween. Nick's daddy has already eaten most of the candy.  ;)
Posted by Melissa E. at 8:11 PM