This is a guest blog by Melissa's husband Greg. I have been on vacation for the past week, and I took the opportunity to have some bonding time with Nick.

On Tuesday, we went to the Brookfield Zoo together. We got there a half hour before they opened their gates, but that didn't stop Nick from doing his happy dance when he realized where we were. Nick entertained the other waiting guests by dancing around in his squeaky shoes and shouting "ANIMALS! ANIMALS!" Once we were inside, Nick especially liked the turtle at the Swamp. He and the turtle had a tender moment as they shared a kiss with ony the glass in between them. 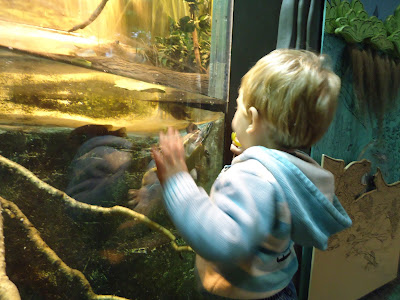 Nick and I then moved on to the Living Coast, where we enjoyed the penquins among other creatures. Nick was fascinated by the crashing wave, which first scared him, but then drew his curiosity like a magnet. 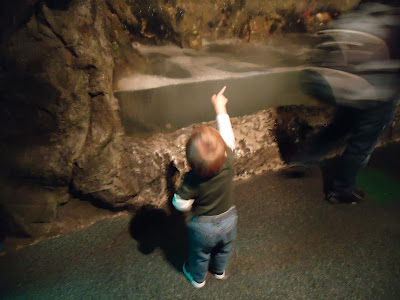 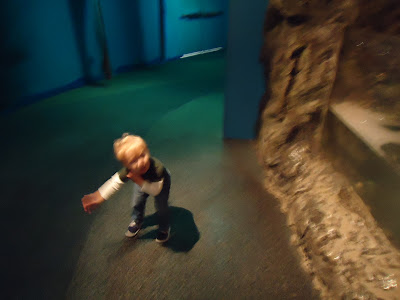 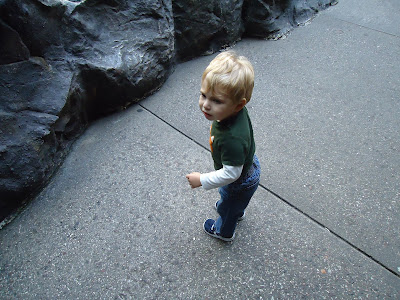 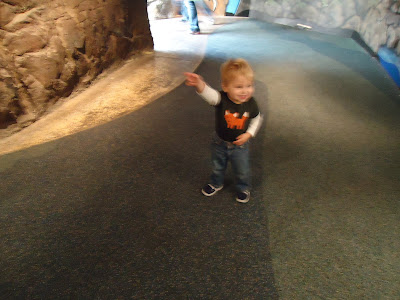 After our adventure at the Living Coast, we visited the Rain Forest, where Nick received an up-close demonstration of how to care for a boa constrictor. 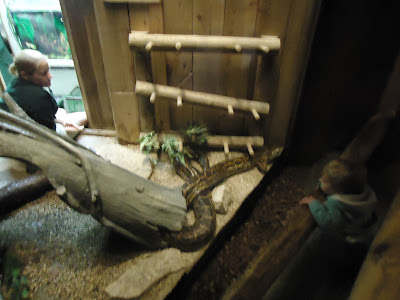 It was a really exciting day for both of us. After five hours of running around, Nick was ready for a long nap. 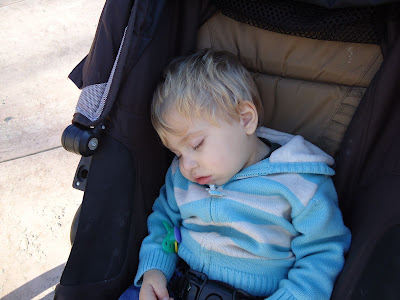 On Thursday, we were joined by Grandma Toni and took a trip to Chicago to see the Museum of Science & Industry. The highlights included an exhibit featuring a retrospective of Jim Henson's work. There were no pictures allowed, but Nick was able to see Bert and Ernie and Miss Piggy up-close and in puppet. Nick got to create his own story using several etch-a-sketches, and got to use his own hand puppet to put on a show with the other children there.

Nick really enjoys planes, so he was thrilled to see an Omnimax show featuring the making of the new Boeing 787, as well as an old 727 in person. Here is Nick conversing with the captain of the 727 about its various innovations: 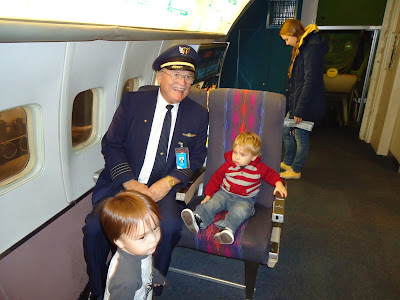 On Friday, we spent the day relaxing at home, reading stories and watching episodes of Sesame Street. Combined with trick or treating on Halloween at Grandma Linda and Grandpa Ray's place, it was certainly an exciting week for Nick. It was a good week for me too. I look forward to my next vacation with Nick.
Posted by Melissa E. at 6:57 PM