Last Wednesday was Nick's 2nd birthday. We've been really busy getting reading for his party, which was last night. I'll post pictures of that later. For now, I'll just post some pictures from Nick's real birthday. I made cupcakes with dark chocolate frosting, and we had a mini celebration at home with me, Greg, Grandma Toni, and (of course) Nick. I bought him a balloon at the grocery store, and it gave him hours of enjoyment.

Nick didn't really like it when I lit the candles on his cupcake. He looks rather perturbed. 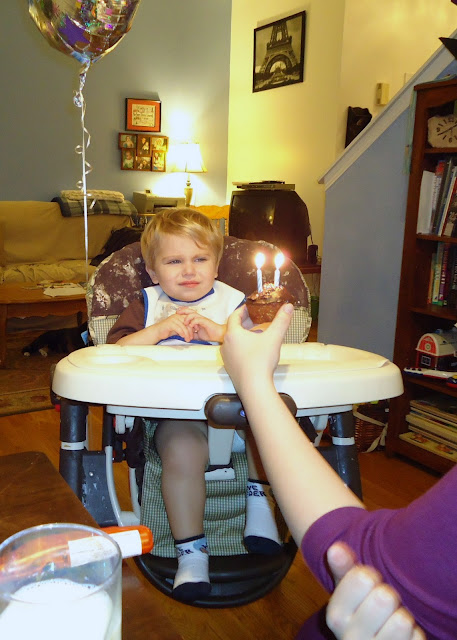 Then, he was downright scared after we helped him blow them out. The smoke freaked him out, I guess.  Since my boy is mostly fearless, I guess it's a good thing that he has a fear of smoke and fire. 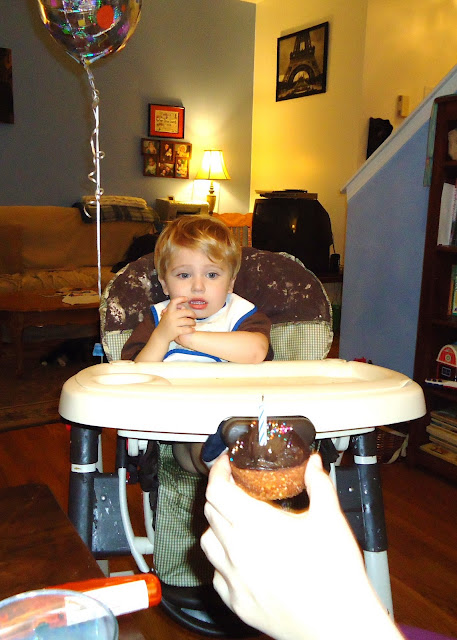 His fear turned to pleasure and excitement when I took out the candles and he found out that the cupcake was for him. 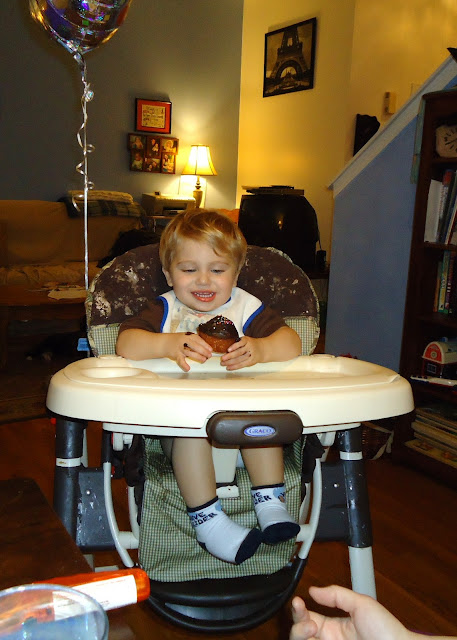 Nick gave my cupcakes a very messy (but positive) review. We had to give him a bath because he had dark chocolate frosting up his nose and even on the back side of his hair. 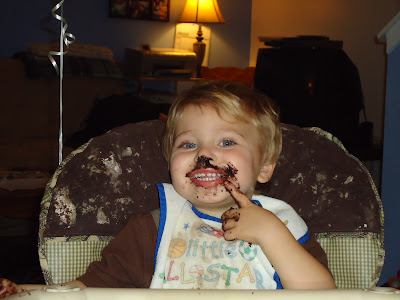 He got to bring some to daycare on Friday, and when I got there Friday afternoon to pick him, all of the kids had faces that looked just like this. I guess the dark chocolate frosting was a hit.  :)

Nick's 2nd birthday was relaxing and fun. I am still astounded that my little baby is two! He's not a bay anymroe. Right now, in fact, he has scooted a chair over to the table and climbed up to try and steal a cookie.
Posted by Melissa E. at 11:44 AM