Last Saturday, Nicholas had his 2nd birthday party, and man, was he excited. Mostly, this was because of all the balloons. I don't think he understood what was happening until everyone arrived. My dad and stepmom brought Nick his own huge rocking bull, and his eyes got really big when he saw it. 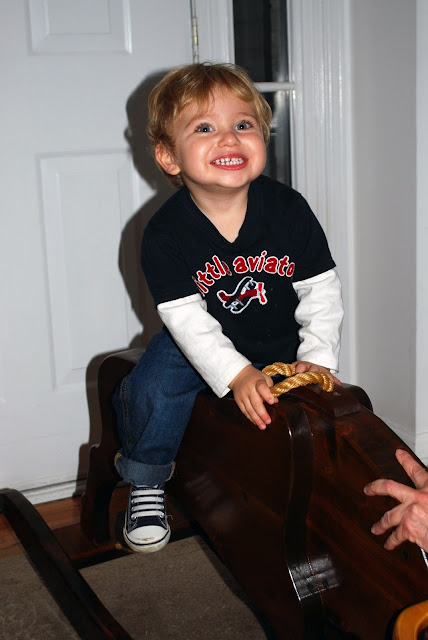 Isn't it cool? Besides riding this bull, Nick also likes to pull on his tail and poke him in the horns. But he doesn't bite, so it's okay. 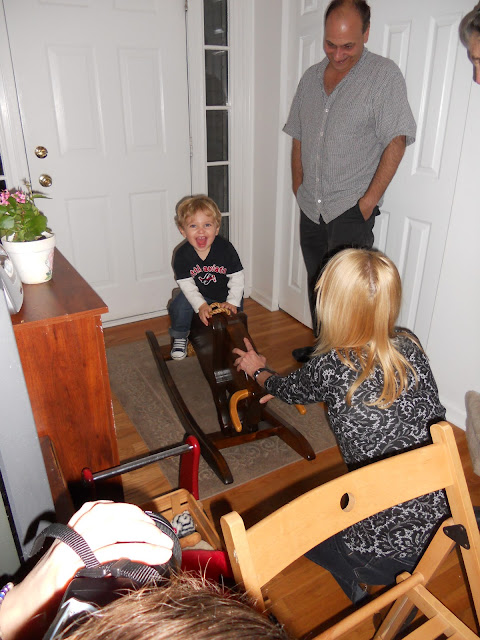 I did a plane theme for his birthday, because planes are just about Nick's favorite thing ever. I designed his invitation to go with the theme. Here's the front of it, below. 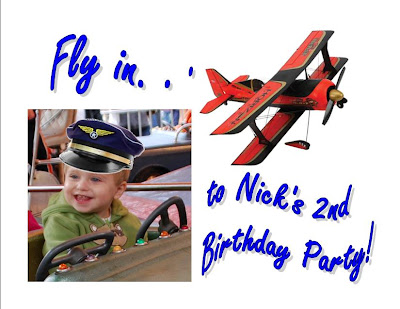 The company really invigorated Nick--he ran around with a ton of energy, playing and talking with everyone. We were so glad so many friends and family members could come to help celebrate his birthday. I made Nick's cake myself, and it turned out okay, considering that I'm in no way a cake-baking expert. 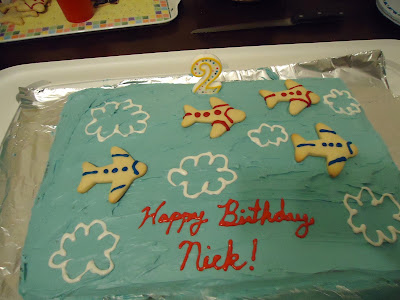 I did a half chocolate, half yellow cake, with a homemade buttercream frosting that I dyed blue. You would be really surprised as to how much blue food coloring it takes to get to this sky blue color. Then I made sugar cookies in the shape of airplanes and decorated them to put on top. The clouds are simply white writing gel. The important thing is that it tasted good, and when Nick saw it, he said two things: "Cake!," and, of course, "Airplane!" So he got the point. 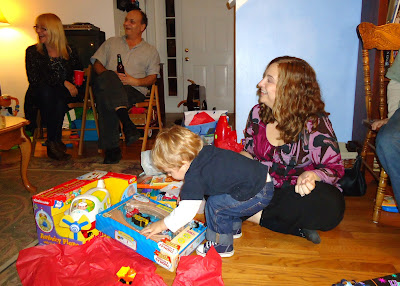 ﻿
Many of Nick's gifts went along with the transportation theme as well. See his airplane and his cool Thomas the Train set? The picture below has a weird angle and lighting, but I wanted to post it because it shows the exact moment when Nick realized that all of the presents were for him. Do you see the look of realization on his face? 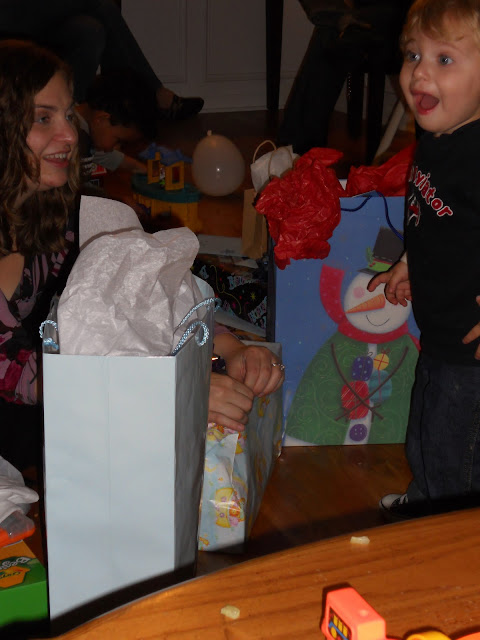 The evening only got better from there. I'm hoping that Nick was entertainment enough, because other than the food and chatting, watching him was about all there was to do. But he was eager to please, and he tried to keep the crowd engaged.. 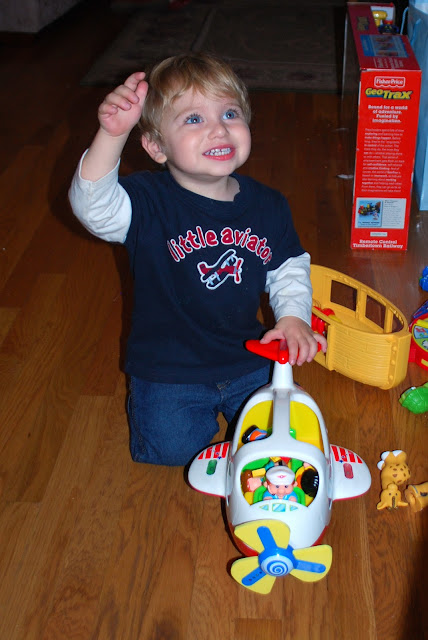 In the last few months, Nick has loved singing the Happy Birthday song. I'm pretty sure he understood that we were singing it for him, because he didn't join in. Instead, he just grinned. 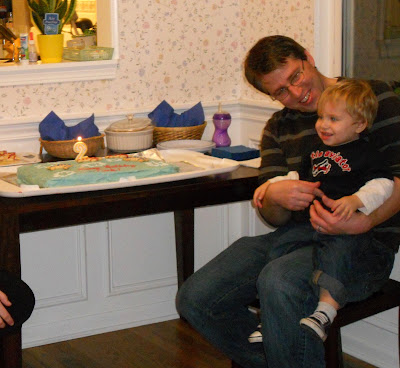 Then he ate some cake. Quite a lot of cake, actually. 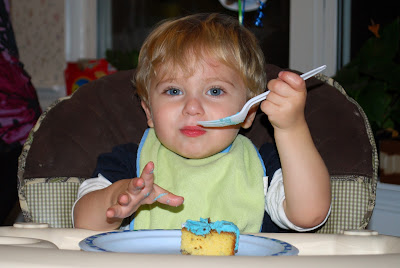 I think Nick has decided that birthdays are a very good thing. I do hope that my boy isn't getting too spoiled, because he's often the center of attention. We'll work on things like rules more during this third year of his life. It is so amazing to see him growing and changing all the time. I am constantly astounded by the things my son notices, does, and says. All of his family and friends helped to make this a wonderful birthday. :) 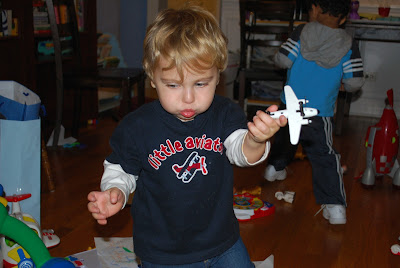