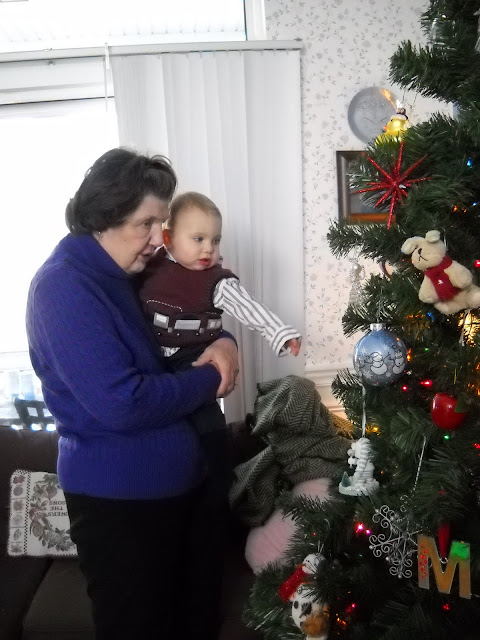 I'm not usually one to overuse exclamation points, but Nick has been very excited about all of the Christmas Trees he's seen lately. On New Year's Day, we decided to indulge his excitement by taking him to the Museum of Science and Industry in downtown Chicago. Every winter, they have a display of Christmas trees decorated for countries around the world. Since his first real word was "tree," we figured he would enjoy pointing at all of them. He did. We went with Nick's Great-Grandma Dorothy and Grandma Toni so that they could see the trees, too. Here you can see Nick with his Great-Grandma, showing her our tree and telling her, "Tree!" 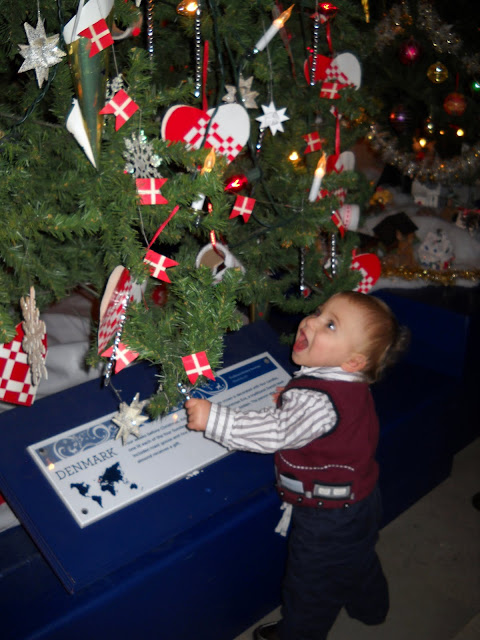 Nick was fascinated by all of the lights and ornaments. It really was quite lovely. He just kept pointing and announcing, "Tree!" all day long. We did a lot at the museum, but I think today's post will be all about the trees. Nick kept trying to tear the ornaments off, but thank goodness most of them were wired on. I don't believe he was the only baby who tried to abscond with the ornaments. 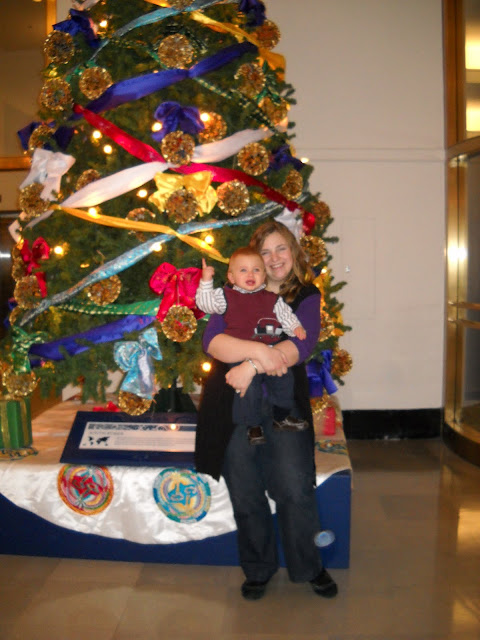 Nick has been pointing like crazy lately. Sometimes we're not sure what he's pointing at, but on this day we were pretty sure it was the tree. 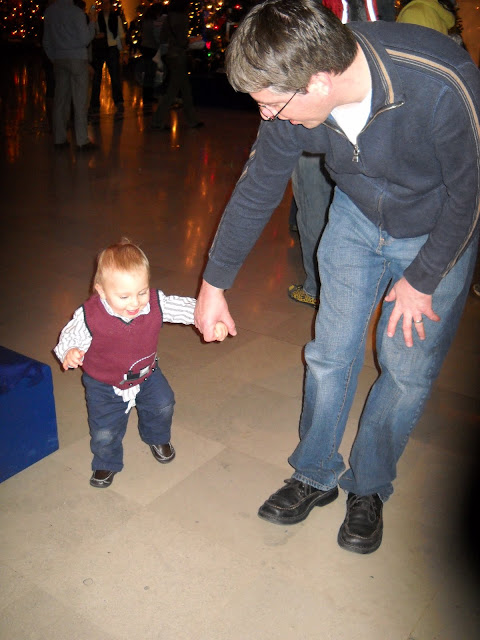 Nick also did a lot of walking around the museum. He's getting more surefooted as he practices. We all kind of blocked him in and let him crawl and walk around a little bit, because he wasn't going to stand for staying in the stroller. He wanted OUT. And he was so happy when he got to walk with daddy. 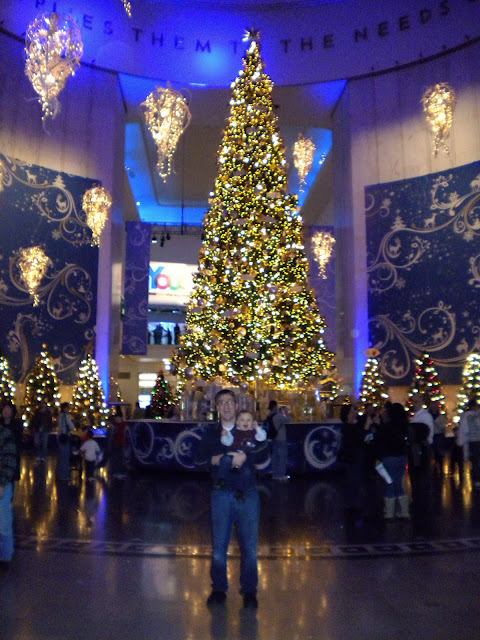 My favorite part was the pretty blue lights in the center area of the museum. Everything was bathed in a gorgeous blue light, and shapes danced on the ceiling as Christmas music played. I know it's after Christmas, but it was a nice way to close the season.

Today Greg took the tree down while Nick was having his afternoon nap. He said that Nick started crying and saying, "Tree?" when he came downstairs and saw that it was gone. He keeps pointing to the area where the tree was and asking, "Tree?" Poor guy. He'll have to wait until next year.