Does toddler chasing count as exercise? 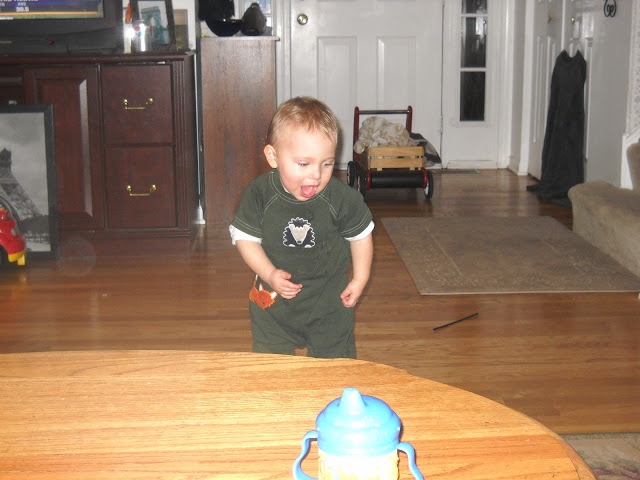 Because if so, I can count hundreds of minutes each week as a workout. Chasing Nick as he runs towards the garbage can. . . Following him to figure out why he's crying. . . Racing him to see who can get to my cell phone first. . . Running to stop him from abusing the cat. Then he'll do something funny and cute, like breaking into dance in the middle of the living room. (see above)

They say that a toddler's brain is twice as active as an adult's, and I believe it! Nicholas is incredibly curious, zips around from one thing to another, and is constantly on the lookout for trouble. Plus, he's fast. I do believe he's skipped straight from barely walking to outright running. He can do squats, fast pushups, near somersaults, and sprints. I read once about a study where they took football players who were in excellent shape and had them mirror the every move of toddlers. I believe by noon every one of those football players was dead tired. Perhaps the toddler plan will be the next big diet and exercise book. "Throw half of your food off the table, but eat whatevery you want. Put rice into your ears, throw toys down the stairs, and make every step a run. Soon you'll be as slim as can be! It's the toddler diet!" 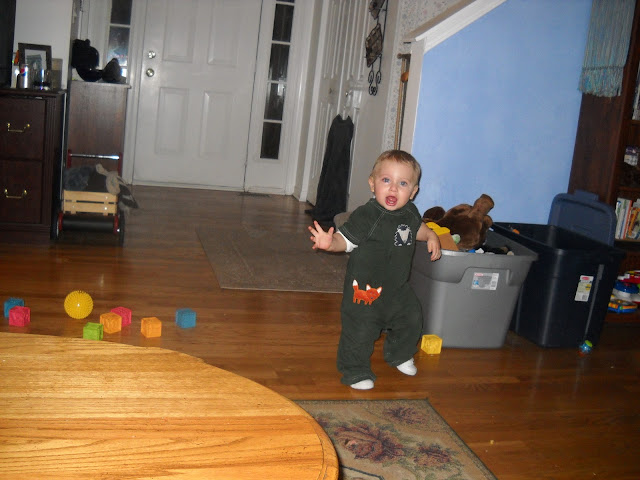 Don't get me wrong, I completely understand the toddler's need to explore. I've even read studies about how kids can be negatively impacted if they aren't allowed to explore their environment and have new experiences.  It's very seldom that I get frustrated with the force of nature that is my son. Usually I just sigh in defeat or laugh at the absurdity of things. Nicholas is like a tornado lately, though. Greg and I try to let him play with anything that isn't dangerous, so long as we're keeping an eye on him. 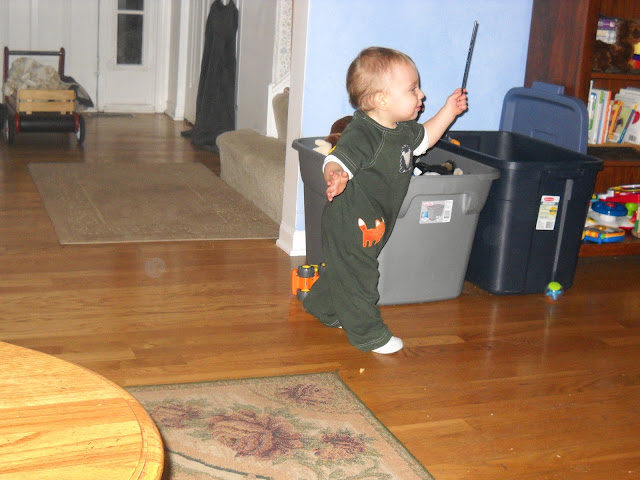 We try to pick our battles. The plastic straw he's playing with above? Fine. The butter knives he was trying to snitch from the dishwasher while Greg was cleaning up dinner? NOT fine. That's why he's stomping out of the kitchen in the picture below. 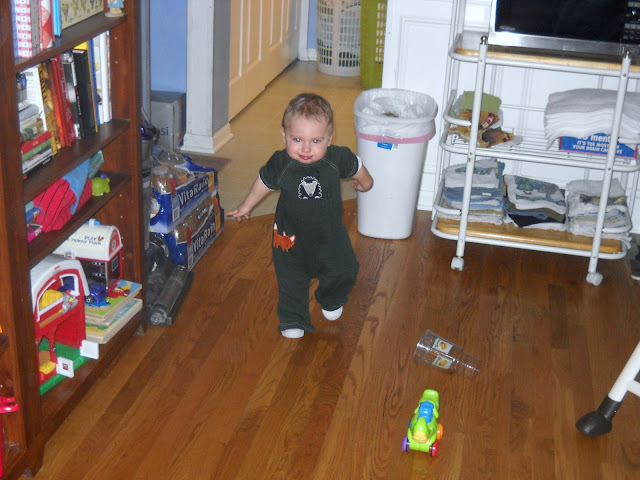 I borrowed Grandma Toni's camera today while she was visiting. It was so nice to take pictures of Nick again. My camera is still at the Nikon repair shop. Hopefully I'll eventually get it back in one piece. I keep trying to take pictures with my cell phone, but Nick won't stay still long enough and they all turn blurry. I guess that's the point, though. Nick won't stay still. At least not until bedtime. Then he's out.
Posted by Melissa E. at 8:16 PM