An hour in the life of an active toddler

My little boy can accomplish a lot in an hour. I took my camera and spent an hour down on the floor with Nick today, while Greg was making a delicious clam chowder (yes, from scratch). I was trying to keep him out of the kitchen, since he tends to hang on Daddy's legs and cause trouble. These are the pictures I took during my hour on the cold hardwood floor. I present: an hour in the life of a 14-month-old.

5:01 Having just woken up from his nap, Nick started playing with his cars. I don't believe Nick knew I was going to snap this picture. The expression on his face says, "Huh?" Nick likes to roll his cars around on the floor, but this one makes noise when you push on the top of the lights. I do believe that every single male child will, unprompted, start to push cars around the floor and make noises. There must be a gene for that. 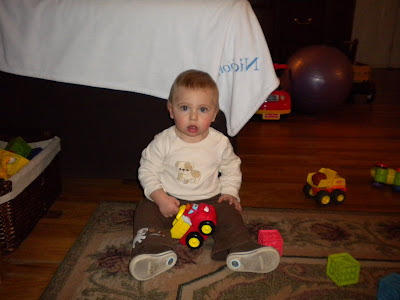 5:04 Never in one place for long, Nicholas took off while I was trying to get a picture of him with his firetruck push toy. He runs quickly for a little guy who only learned to walk a little more than a month ago. 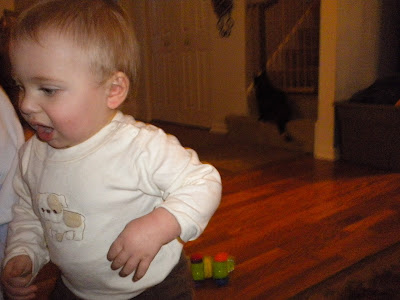 5:11 Back to the blocks and trucks. Nick does not build towers, but he certainly knows how to knock them down. His blocks are squishy and they squeak, so he also likes to chew on them. 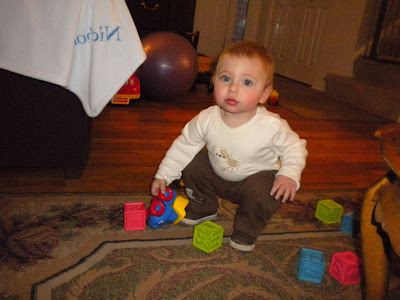 5:12 Nick started yelling and following me around. He was clearly upset, and I thought perhaps he might want a snack. So I put him into his high chair. Yes, he definitely wanted a snack. He graced me with this lovely smile as he demolished his blueberries, milk, and homemade wheat bread with jam. 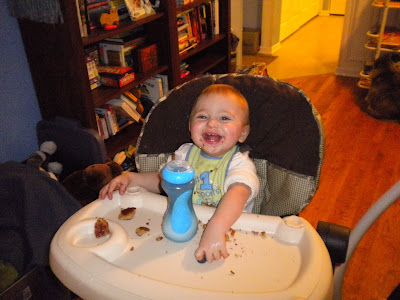 5:24 In his usual creative way, Nick let me know that snacktime was over and he wanted OUT. Can you see him throwing blueberries at me? I think the projectile had already left his hand by the time I hit the button on the camera.  Throwing food is an automatic ticket out of the high chair. 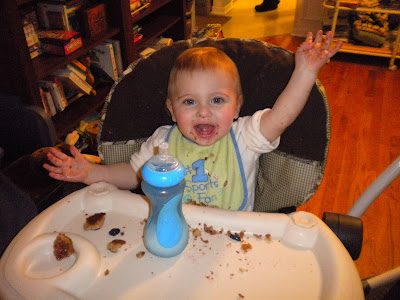 5:27 All cleaned up, Nick decides to rock out with his guitar. This was a gift from his Auntie Mandy, and he loves making music with it. He also likes to swing it around and hit things with it. Perhaps this bodes well for a career in the performing arts? Hopefully not. 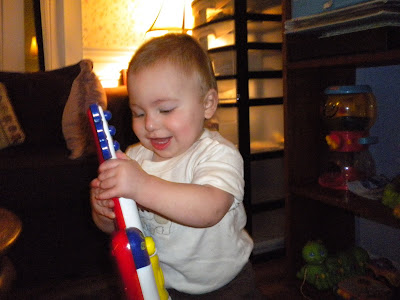 5:33 Tired of the guitar, Nick takes off with it at a full run, eventually throwing it at the cat. 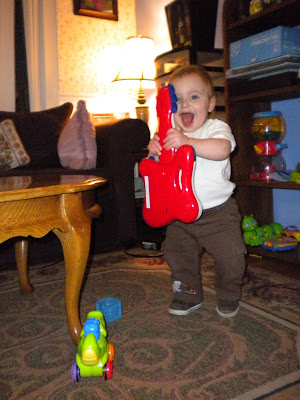 5:41 Nick is in the mood for a little Trivial Pursuit (chocolate edition). I told him, "Maybe later." 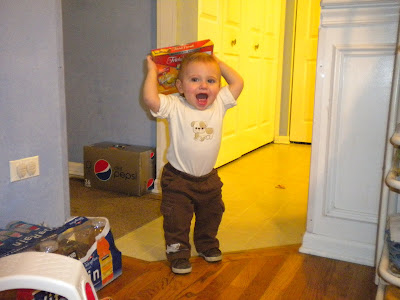 5:47 Nick takes a huge pile of junk mail off of the table. I let him. You have to pick your battles, and junk mail is not a battle I care to fight. Hopefully their ink isn't too damaging when it is chewed. 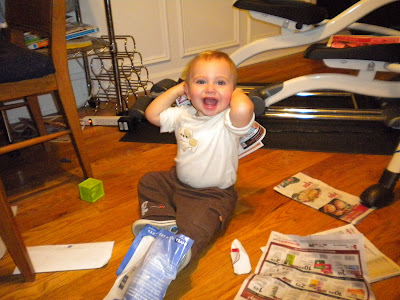 5:52 Nick manages to sneak past me into the kitchen, where the smell of clam chowder is filling the air. I believe he's chewing on a baby bowl. We keep random plastic things around for him to play with in the kitchen. 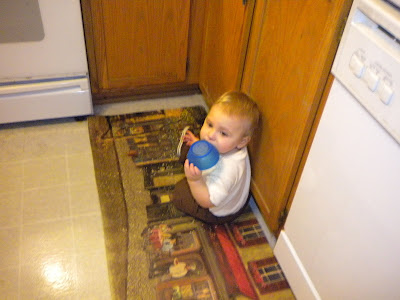 5:57 Greg finishes dinner. Yummy! But it should be no surprise that I was pretty beat, after following him around for an hour. 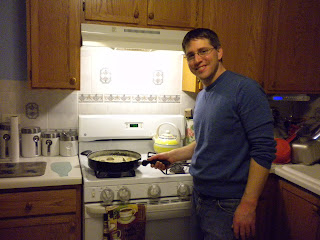 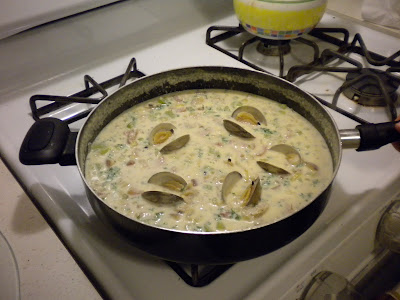