Last week I took Nick and Henry to the Museum of Science and Industry with Grandpa Mike and Grandma Patty. We have a membership but don't get into the city often. The kids love this museum. 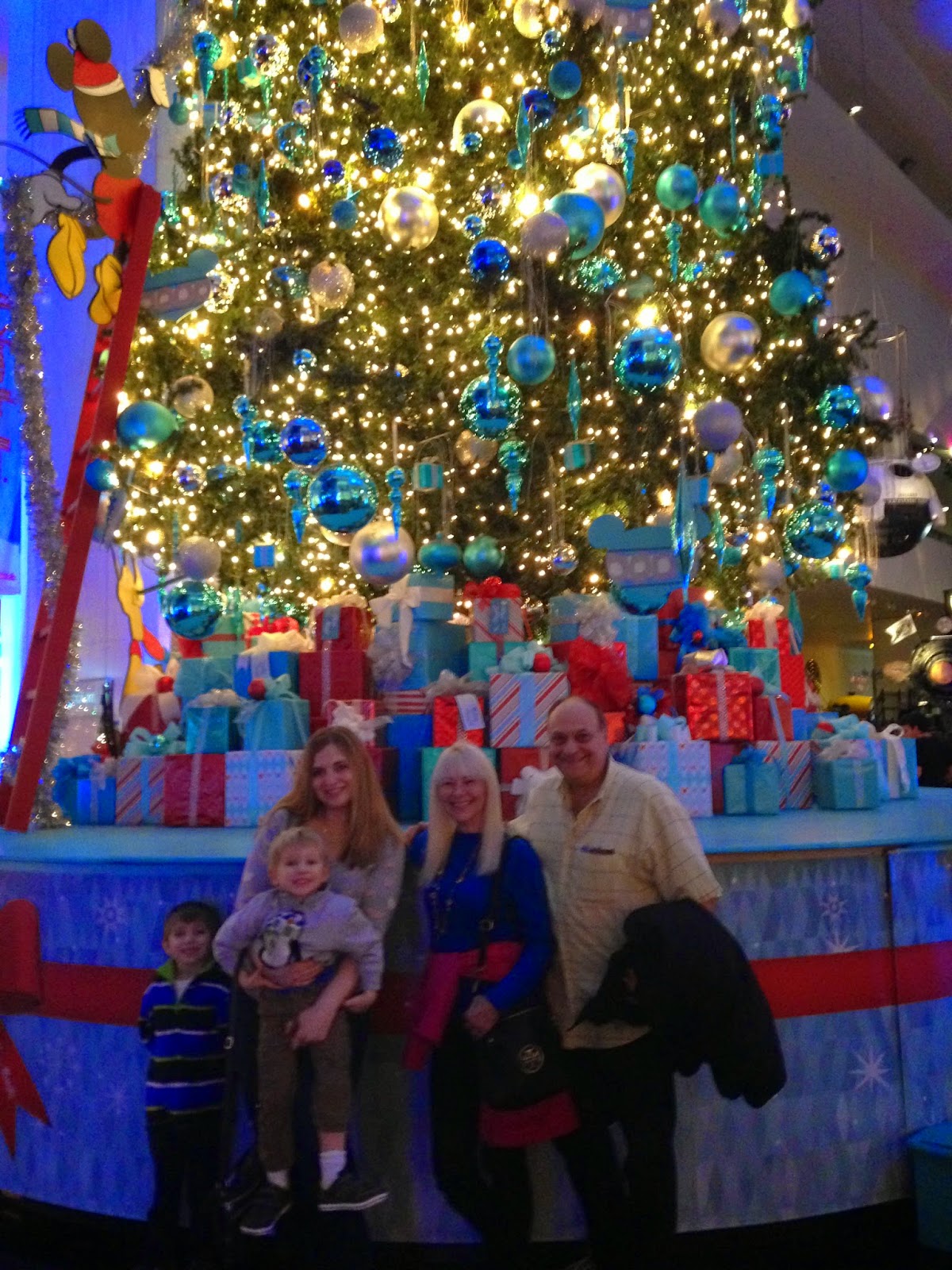 They still had all the beautiful Christmas trees up. I love going around this time of year to see all the different trees. I don't think Nick and Henry were quite as enthusiastic about the trees, though. 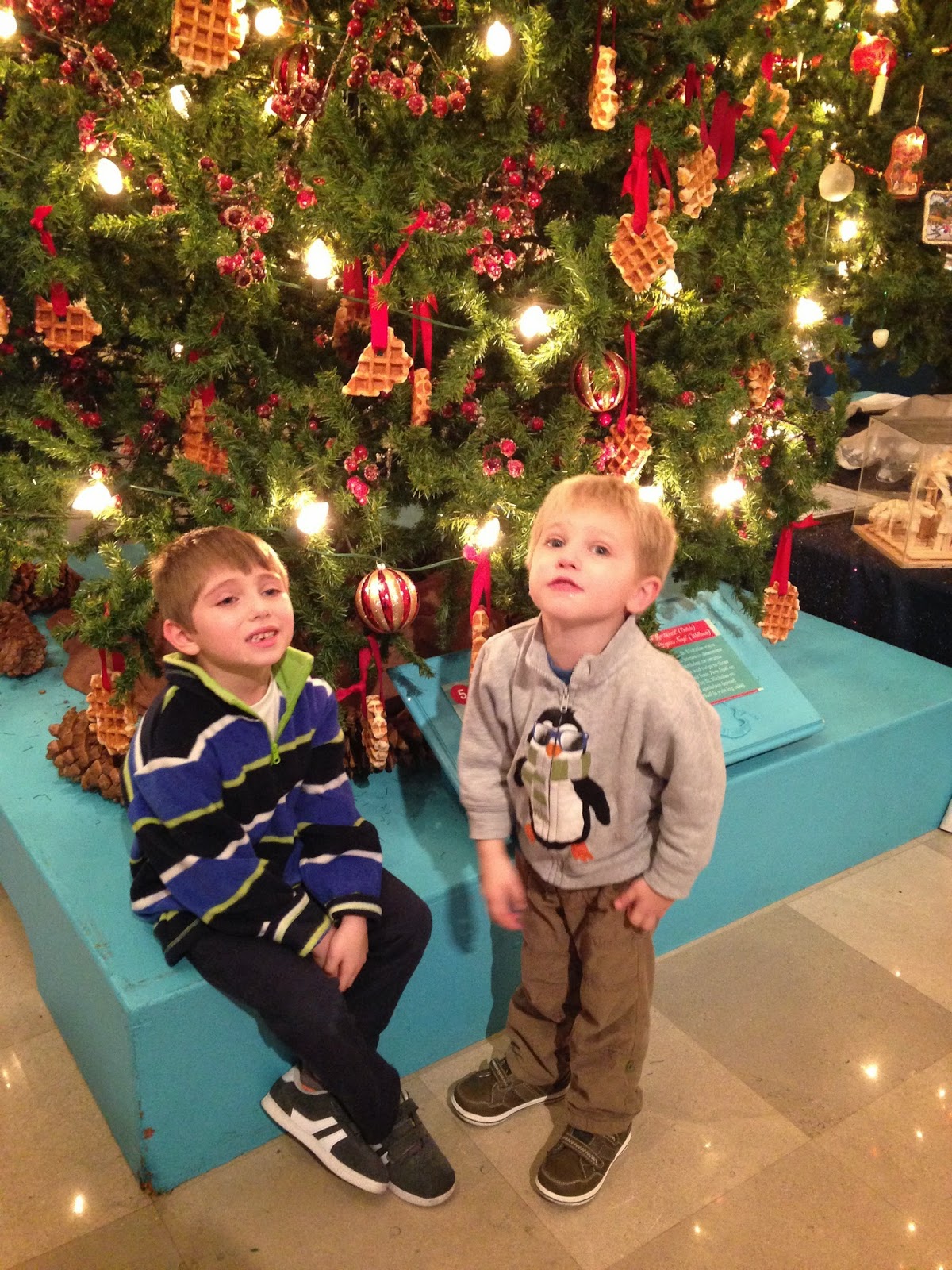 They liked the hands-on stuff much better. With these switches, they could change up the colors and make the lighting reflect any colors on the visible spectrum. 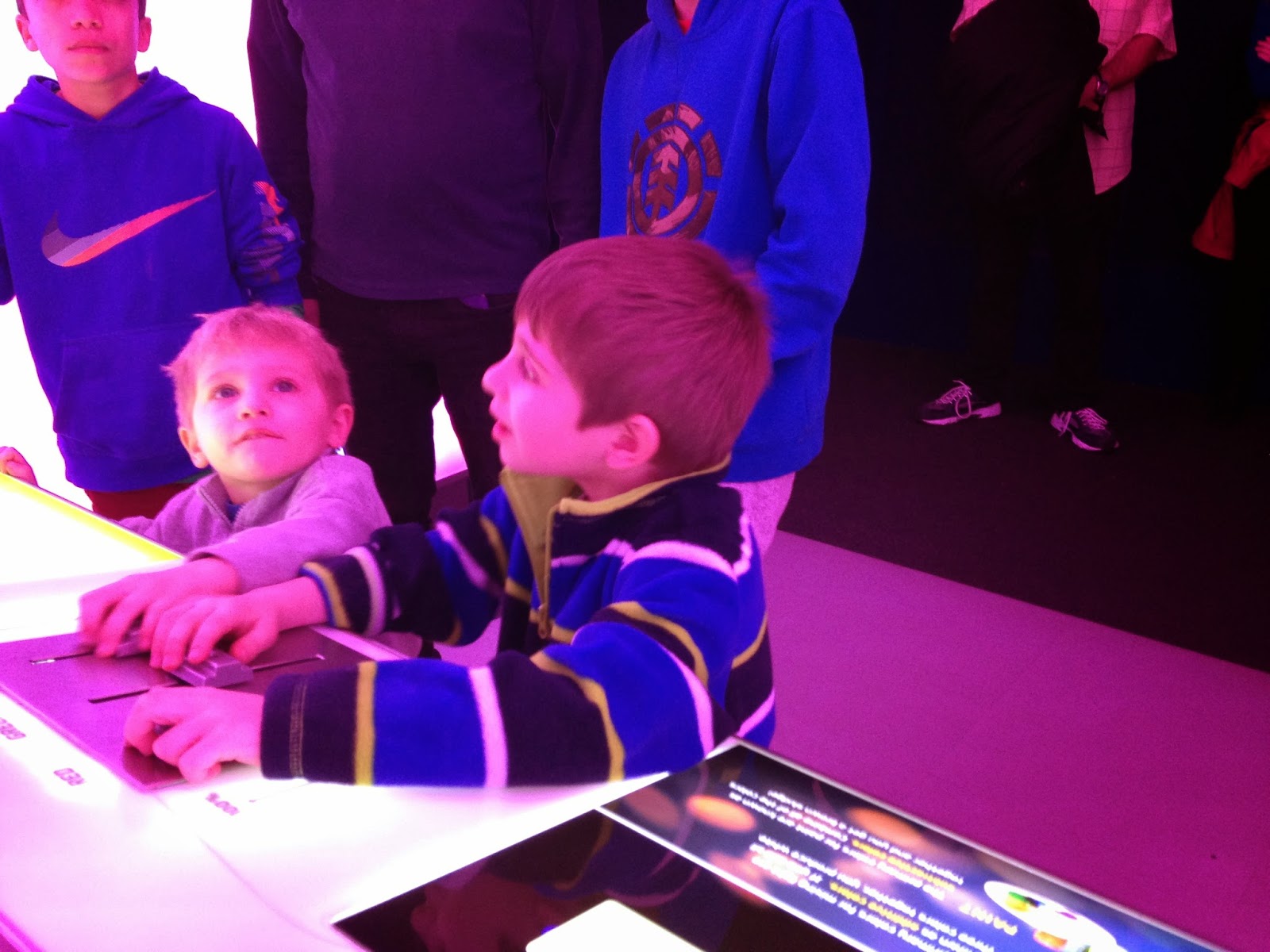 Henry loved the ripple shadows. They suspended a big clear dish of water over this area, and then you can make ripples in the water and the reflection shows up below. Henry ran around the ripples for quite awhile.

The boys were very interested in the planes as well, though they were wondering why this one looks like it's going to crash. Their daddy is very into studying airplane crashes, so no wonder they were fascinated. 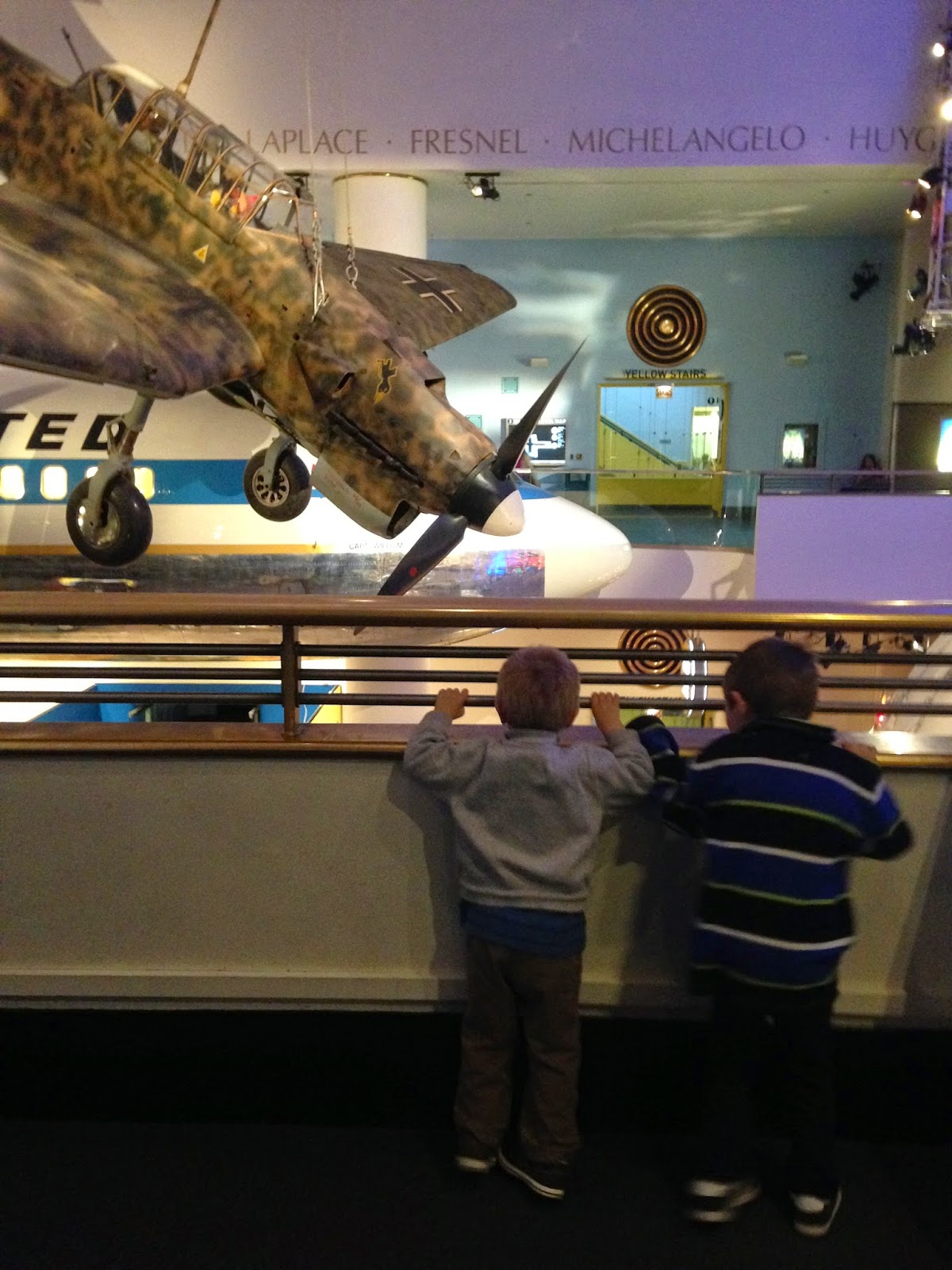 This hands-on air experimentation exhibit let them move the airflow to make the balls blow around. It also blew their hair around. 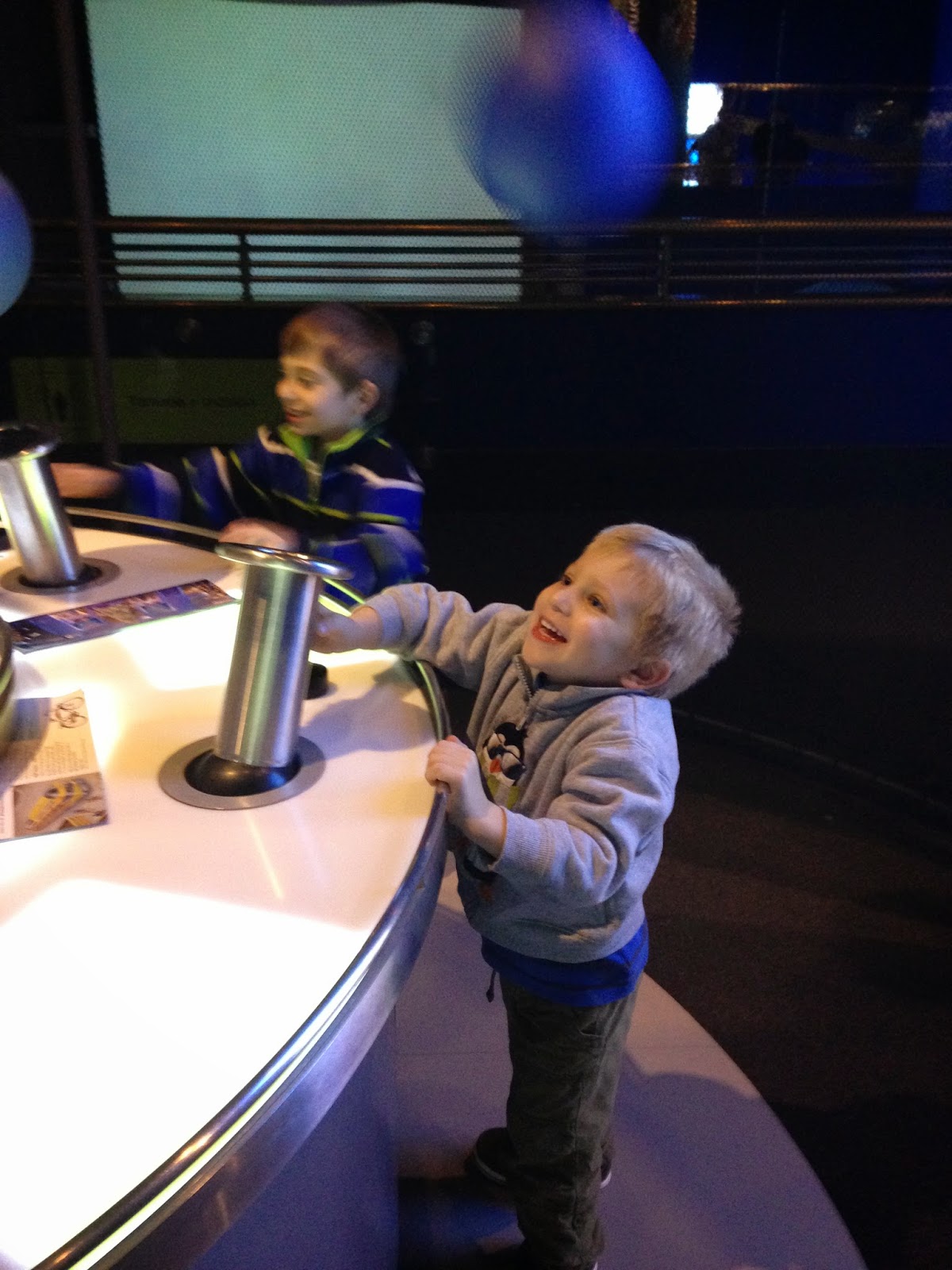 Grandma and Grandpa helped them make their own tsunamis. They destroyed the village over and over again. Ahh, but my kids love destruction. 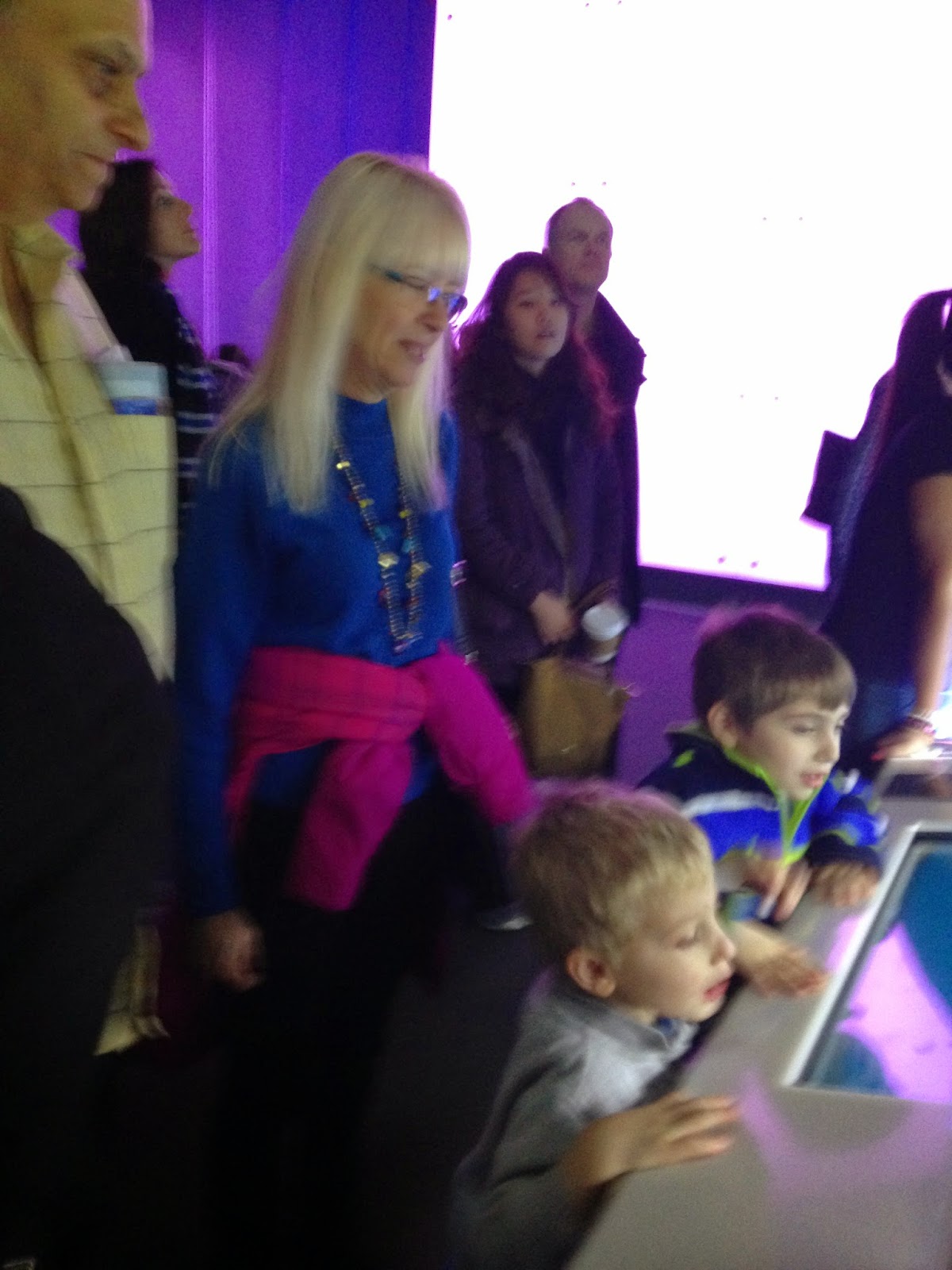 It was a great way to spend the day, and the boys were exhausted by the time we were done at the museum. I will have to get back there soon, before our membership expires.