What do kids do in the winter?

When it's cold outside and you've got lots of energy, what are two active little boys going to do with themselves? Have no fear, Henry and Nick can find plenty to keep themselves occupied! 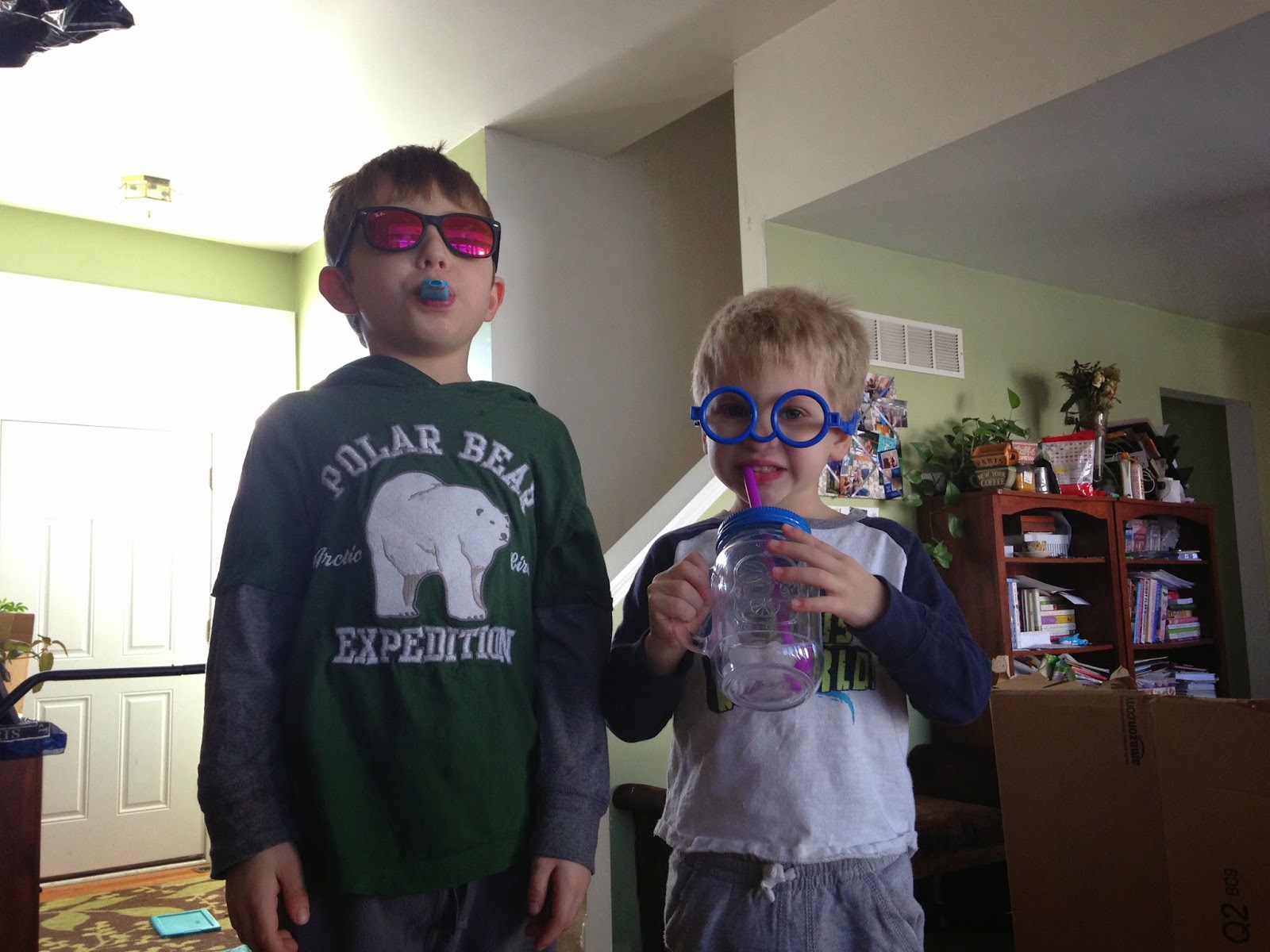 First off, they have been playing spies. After watching all three Spy Kids movies, these guys are doing all sorts of pretending with weird gadgets. Henry even told the lady who cut his hair that he wanted her to "make me look like Juni!" (the boy in the Spy Kids movies). 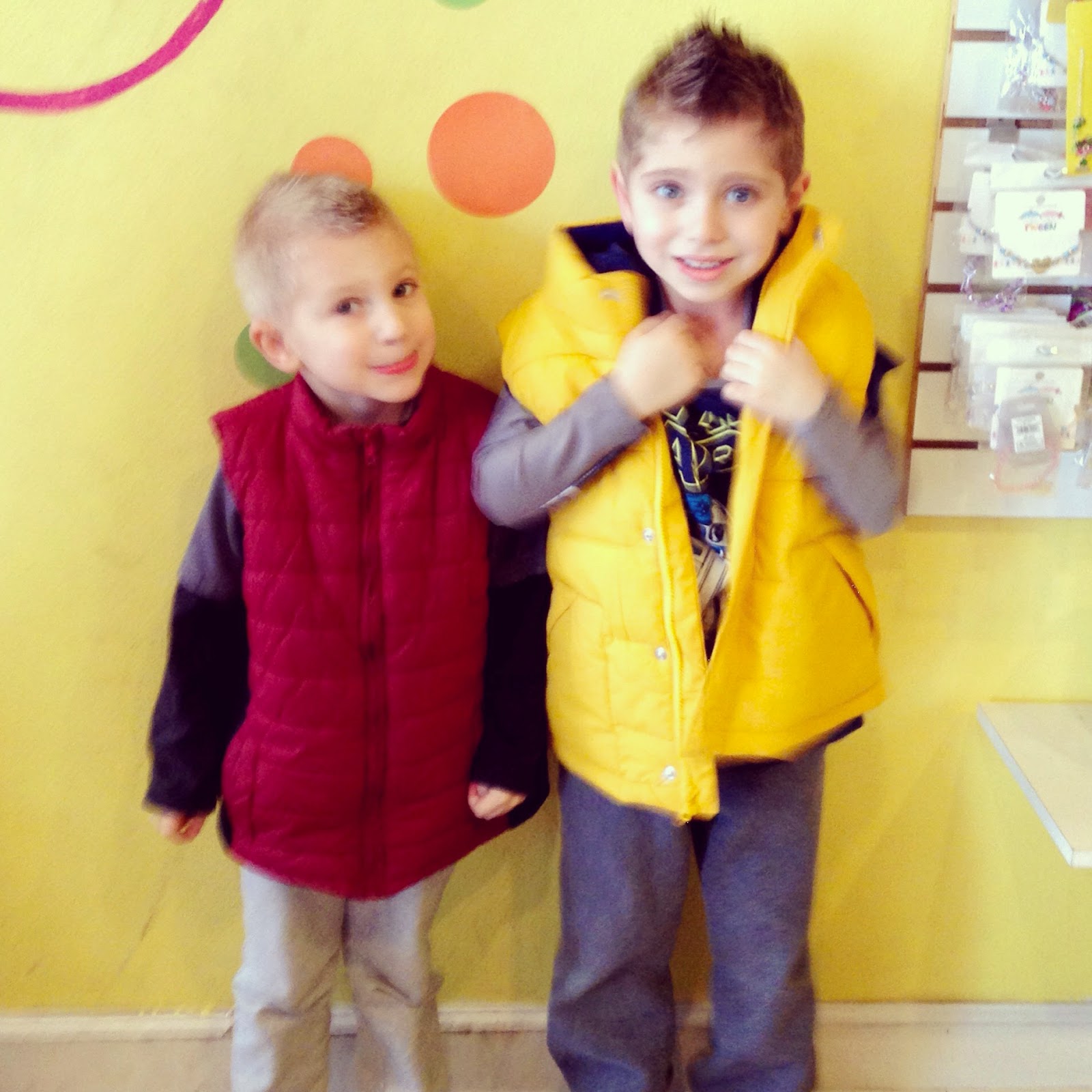 He had to settle for a faux hawk. They both wore their "spy vests" around all last weekend. Another way they have of dealing with winter boredom is with art. Nick has been drawing, both with his Grandma Linda and with his daddy. This is an airplane and a little bird. 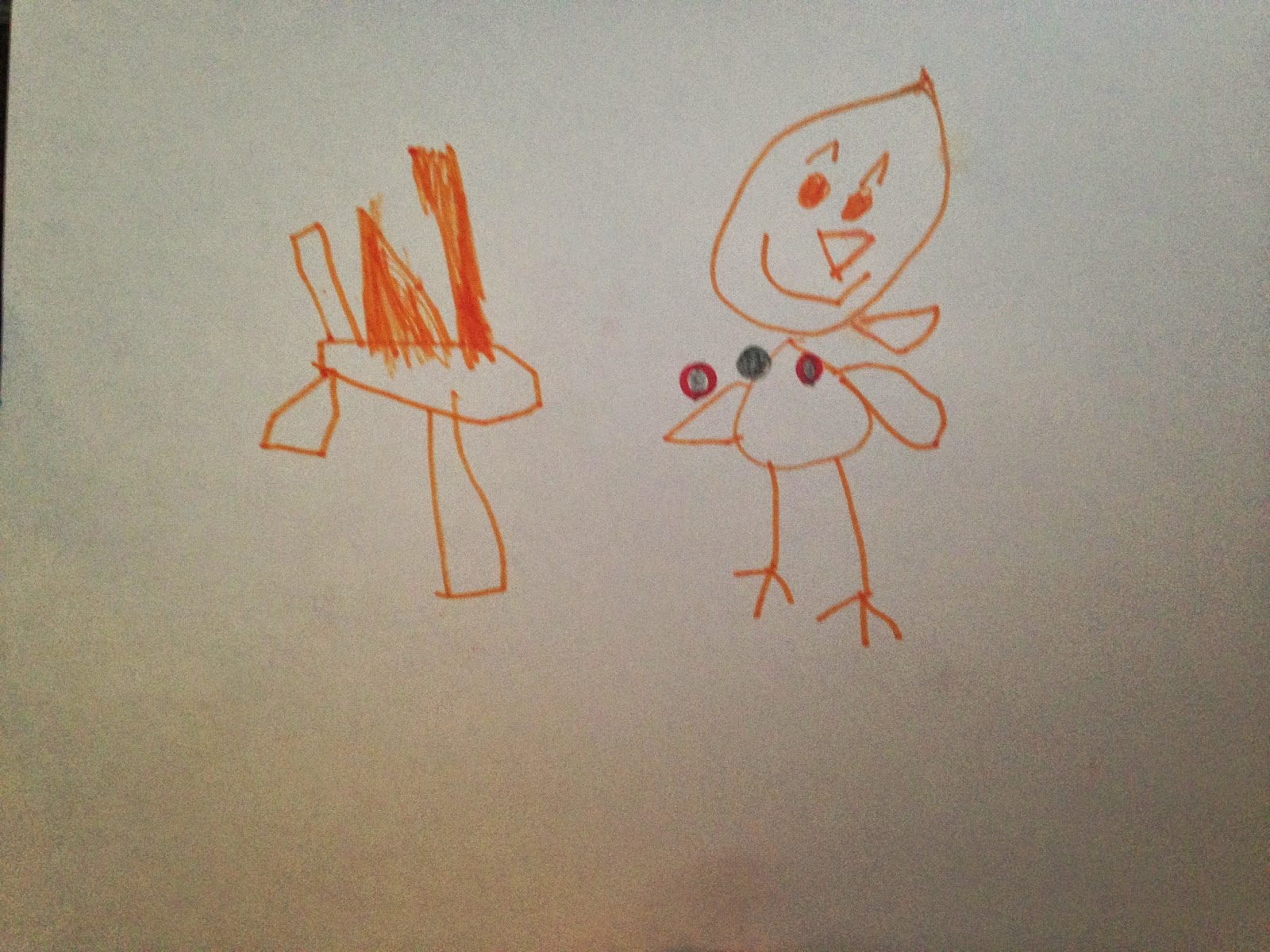 Tonight Nick drew his own version of the Mona Lisa. We hung it up on the wall since we like it so much. 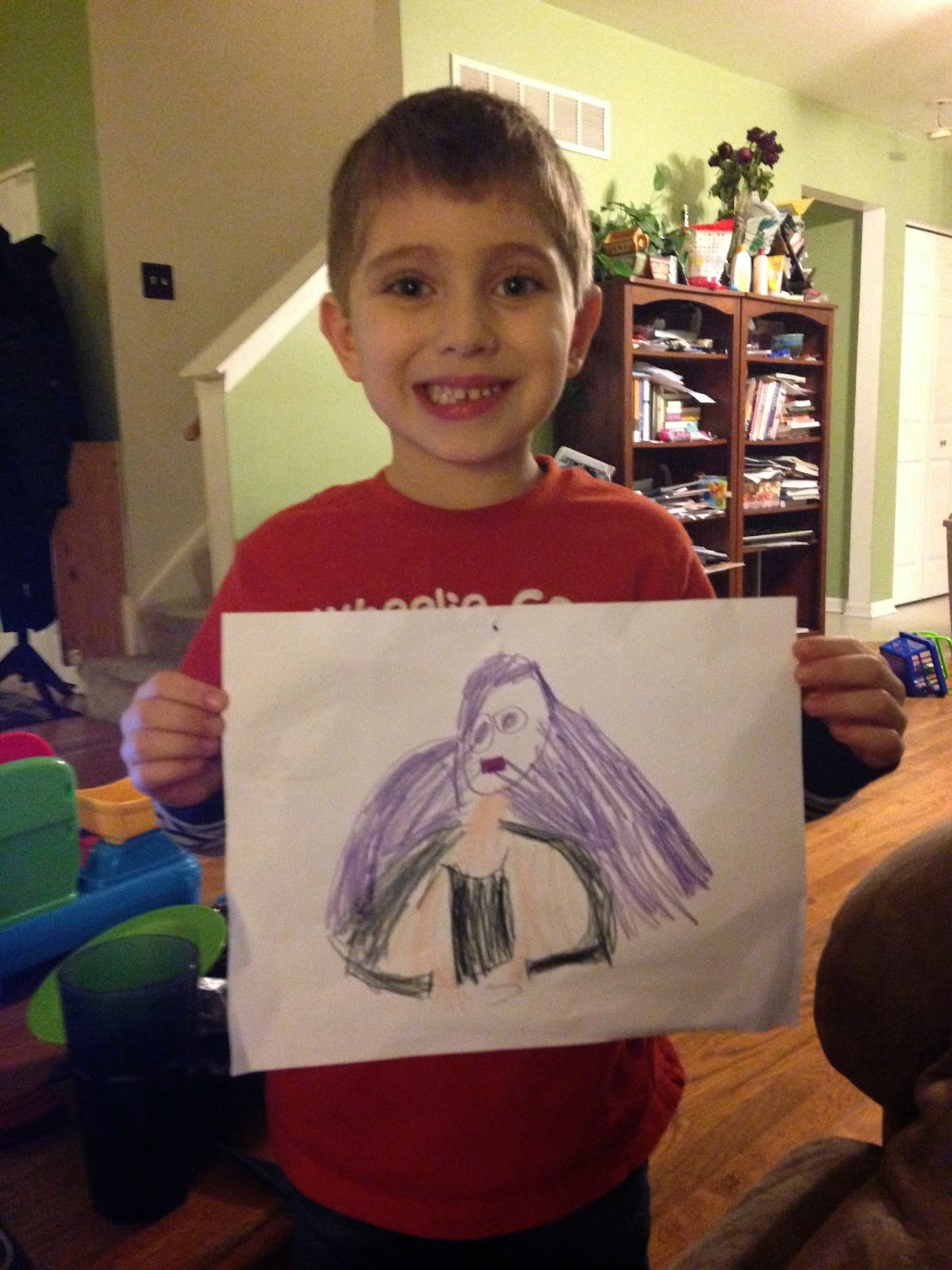 Henry's art is a little more, er, avante garde. He took this particular photo, which is unique and rather, ahem, artsy. (Yes, that's the cat litter box, a dart, and  our kitchen floor.) 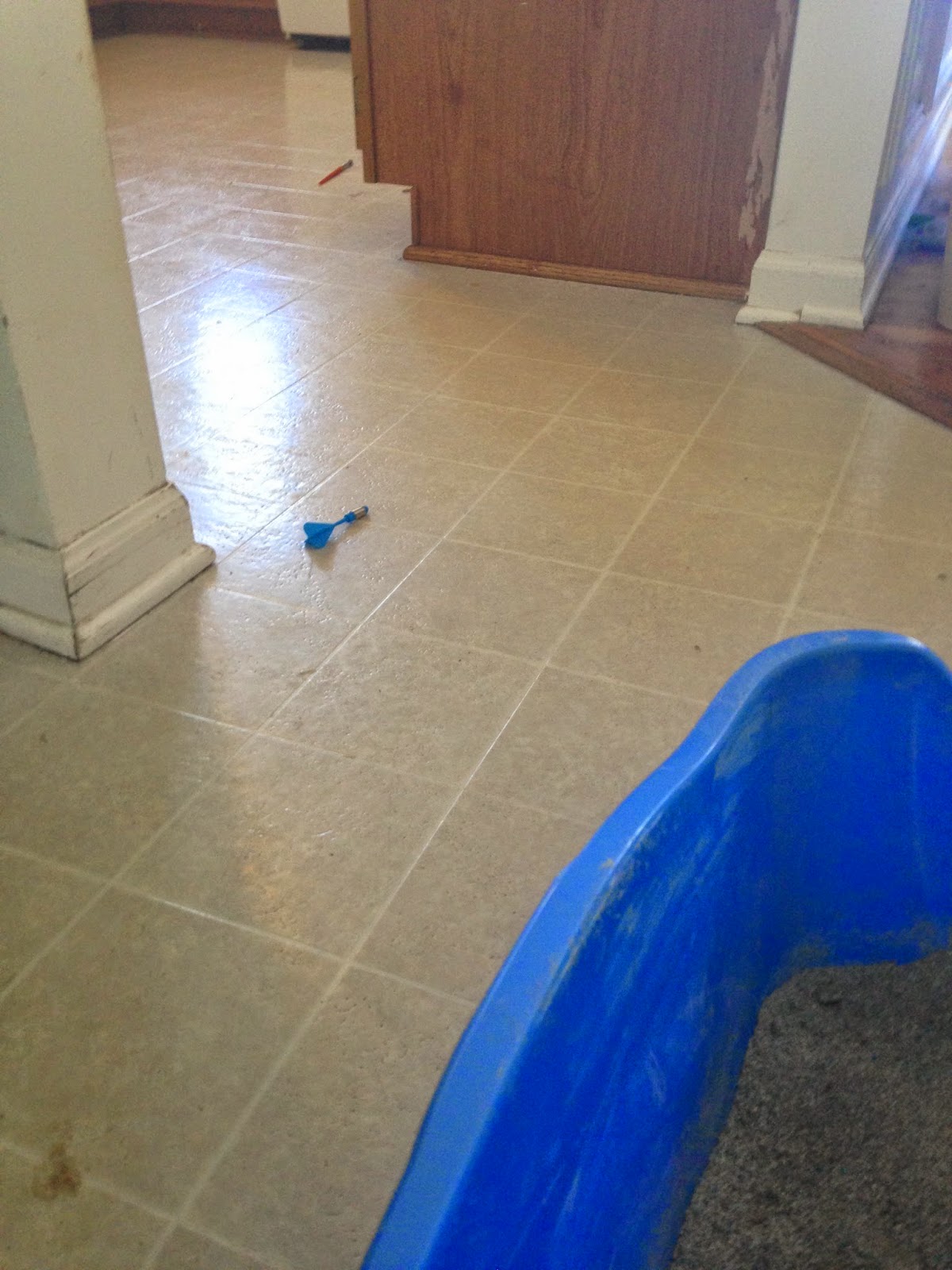 Henry also made this cool picture at school. I like the colors he picked. 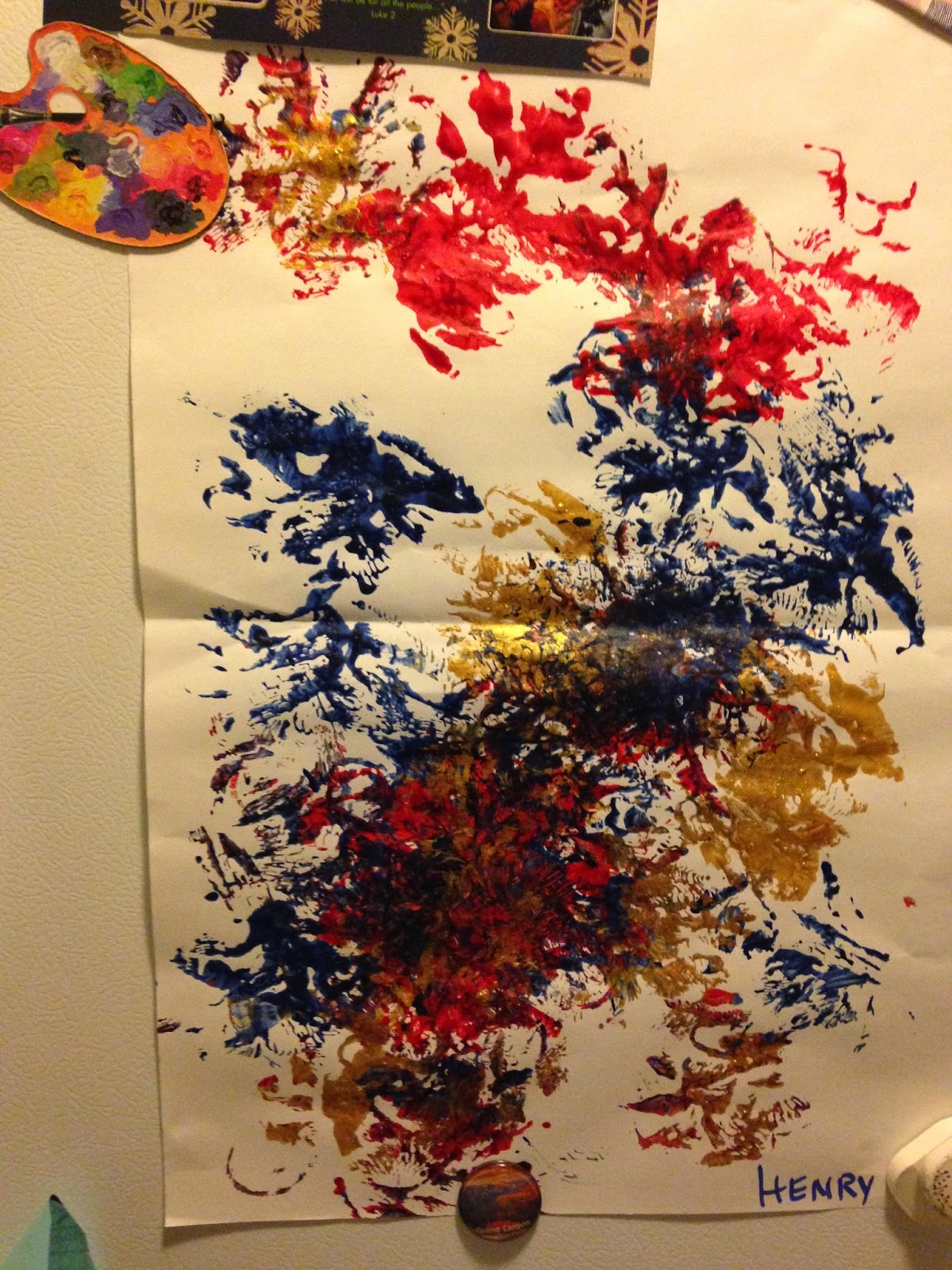 Oh, and if all of this wasn't enough to keep them busy in the cold weather, a laundry basket and a basketball hoop have done a decent job of keeping them occupied. 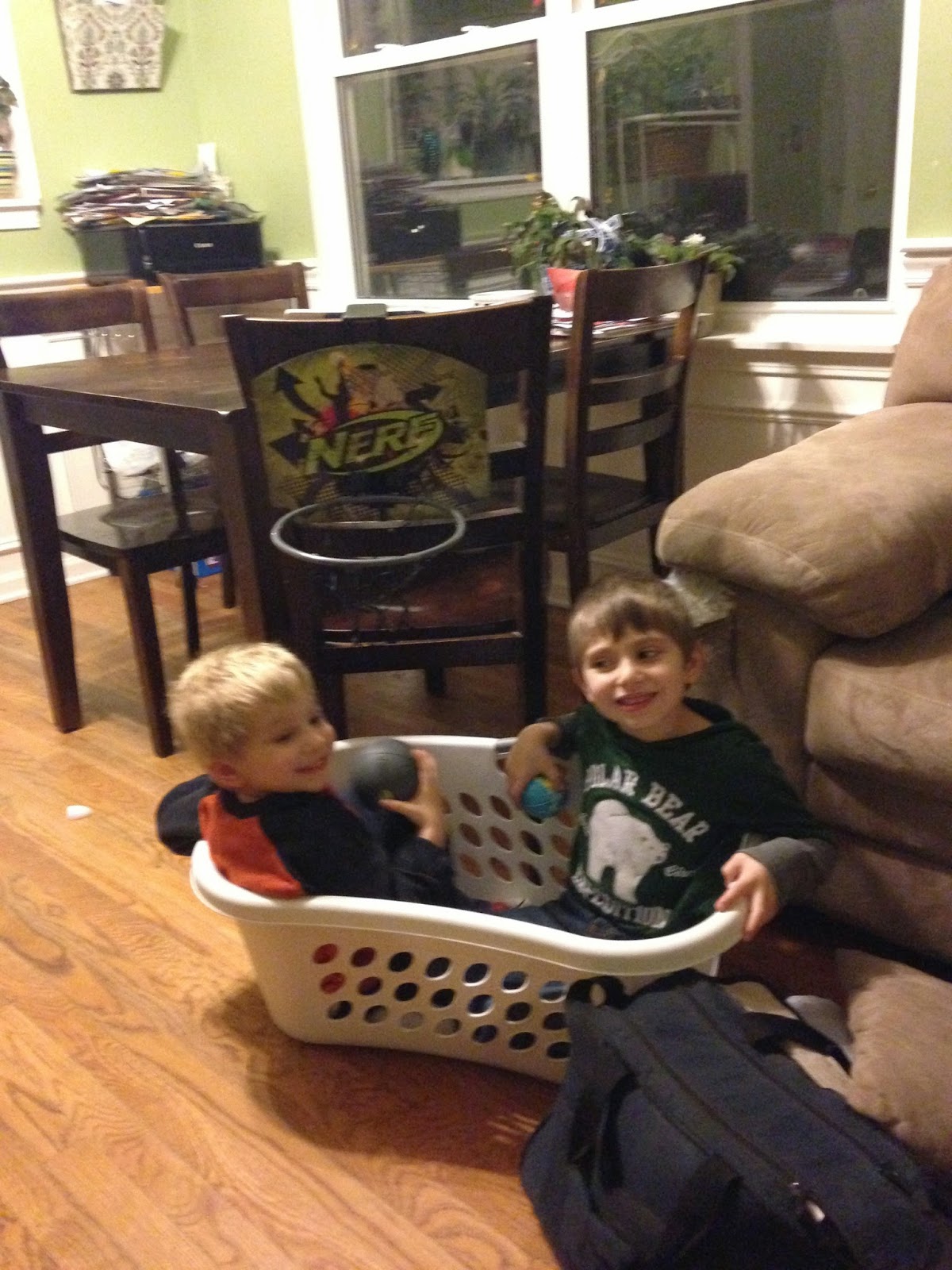 Not too shabby for having to stay indoors!
Posted by Melissa E. at 8:30 PM