I've been going through my Christmas pictures, and I'm going to post some of my favorites from each of our Christmases. My mother and stepfather always have Christmas Eve at their house, and the boys really look forward to this day. 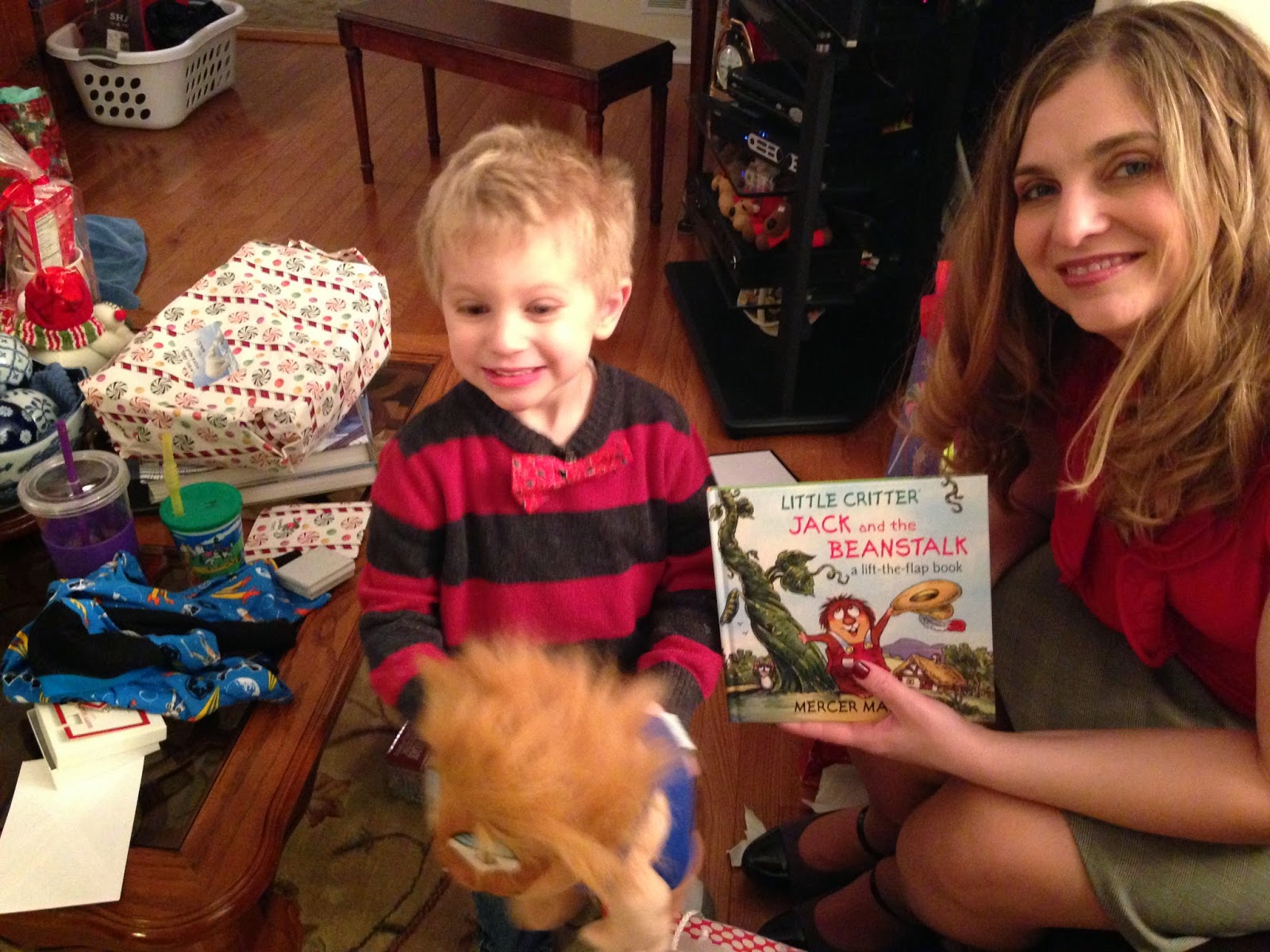 Henry got a Little Critter book. My mom said that she used to get these books for my sister because her hair stuck out just like the critter in the stories. Now Henry has inherited her auntie's hair, and the tradition continues with a new story and a little fuzzy guy. 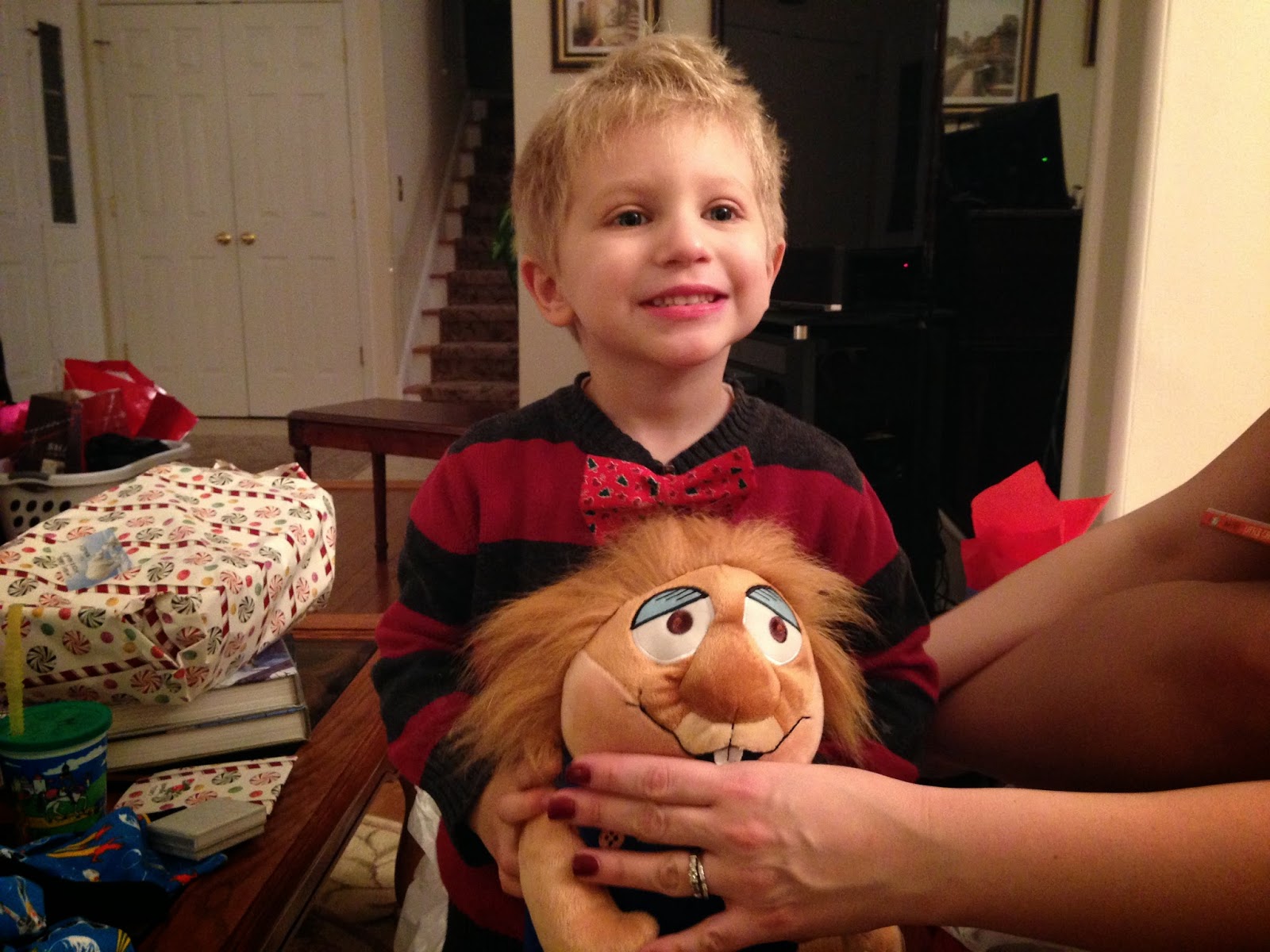 I think Grandpa Ray needed a hug. Hugs are necessary at Christmastime. 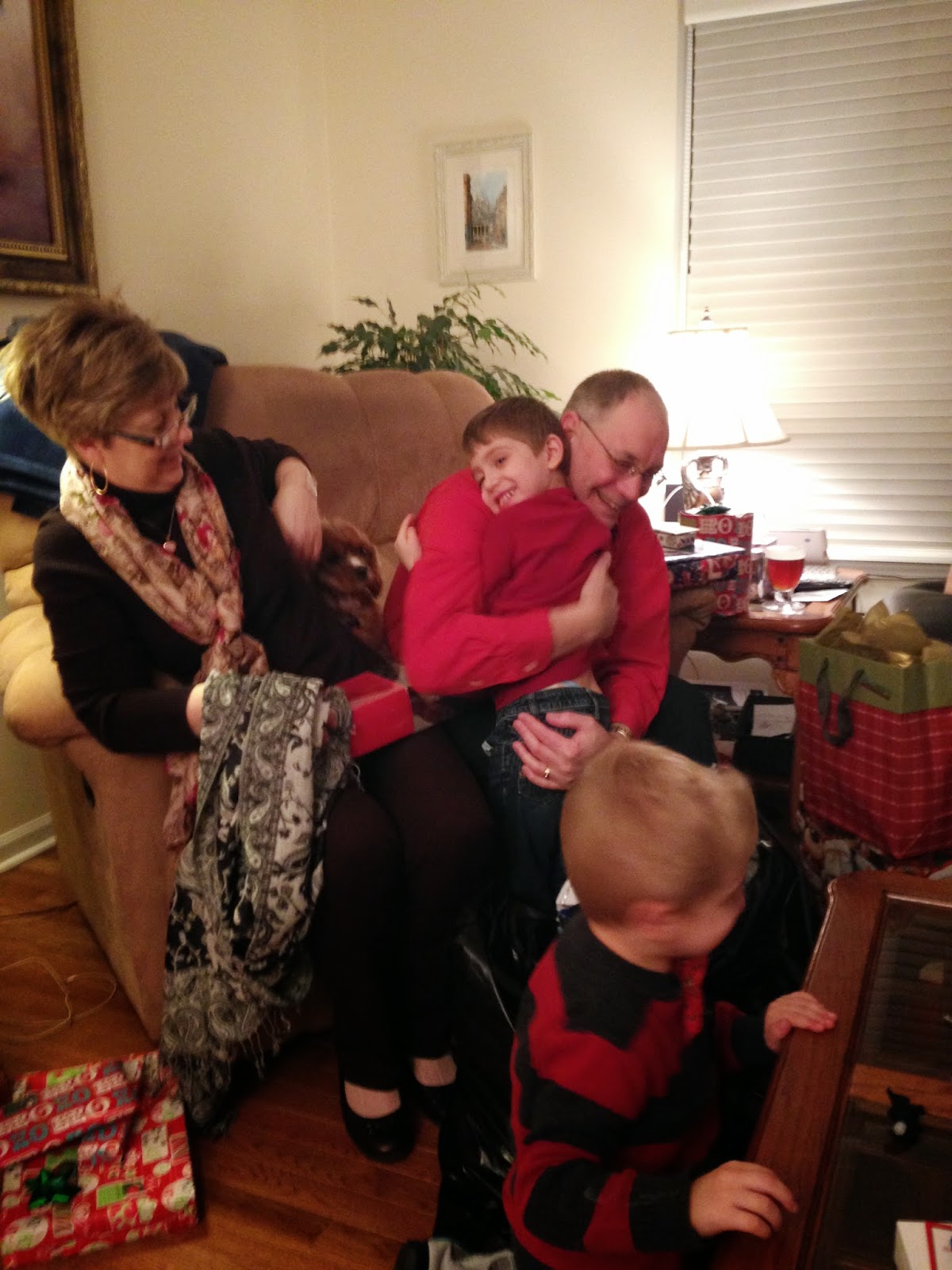 I love this look of expectation on my sister's face as she was opening her present. Everyone feels a little like a kid at Christmastime. 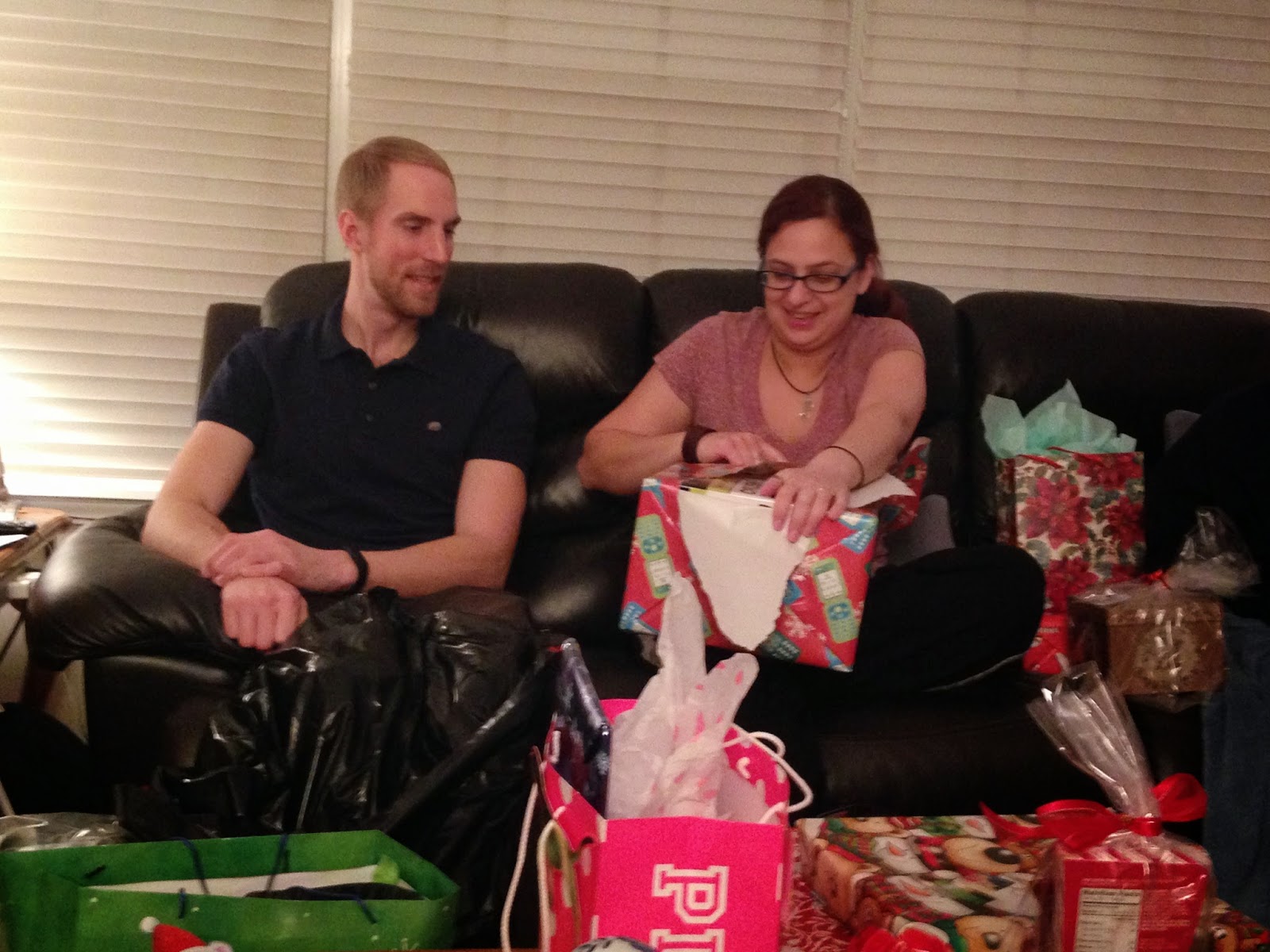 Nick was extremely proud of his Lego Star Wars watch. He can't tell time yet, but he's working on it! 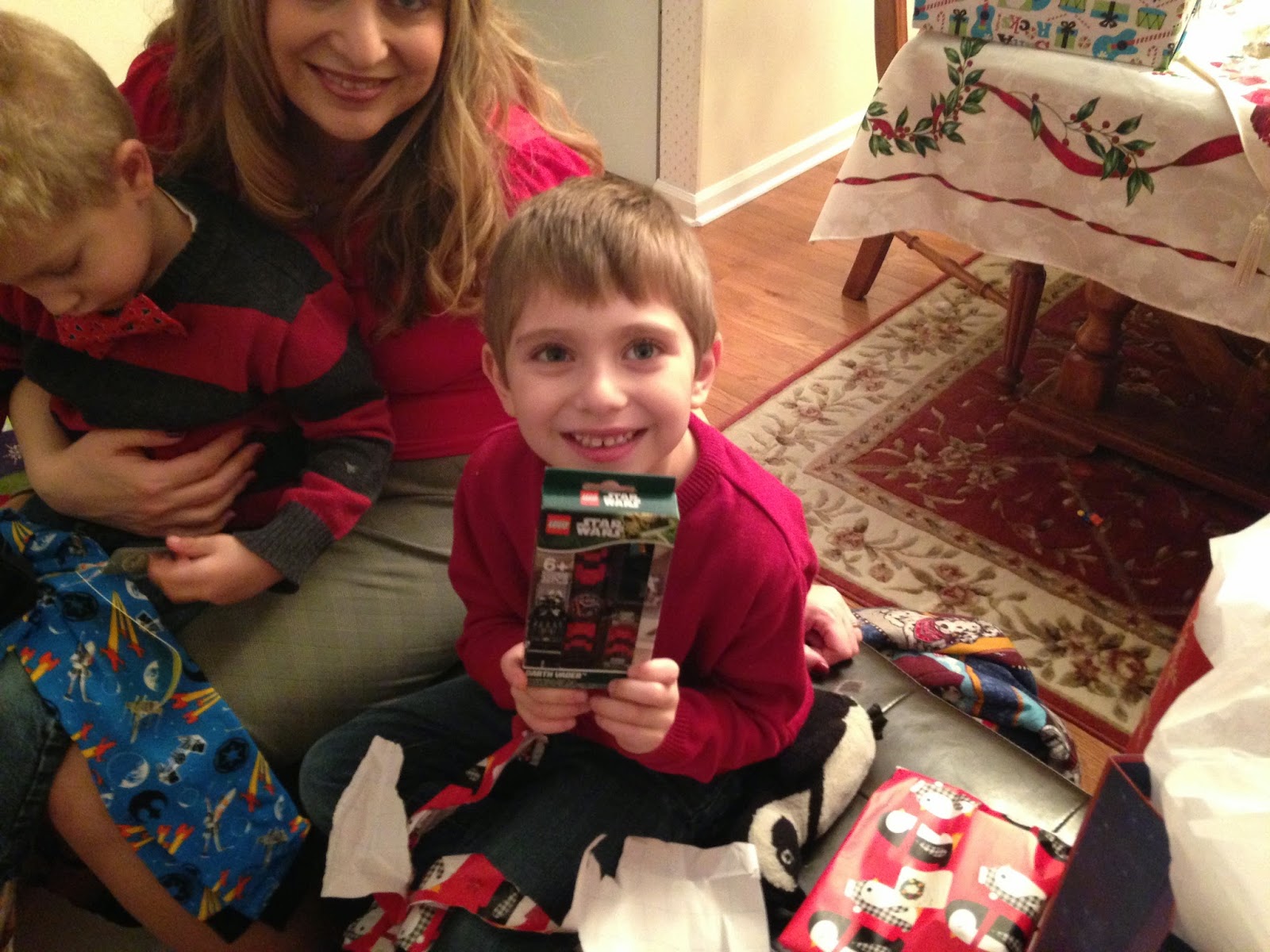 Auntie Mandy gives good snuggles, and do you know what else she gave to Henry? A drum set. 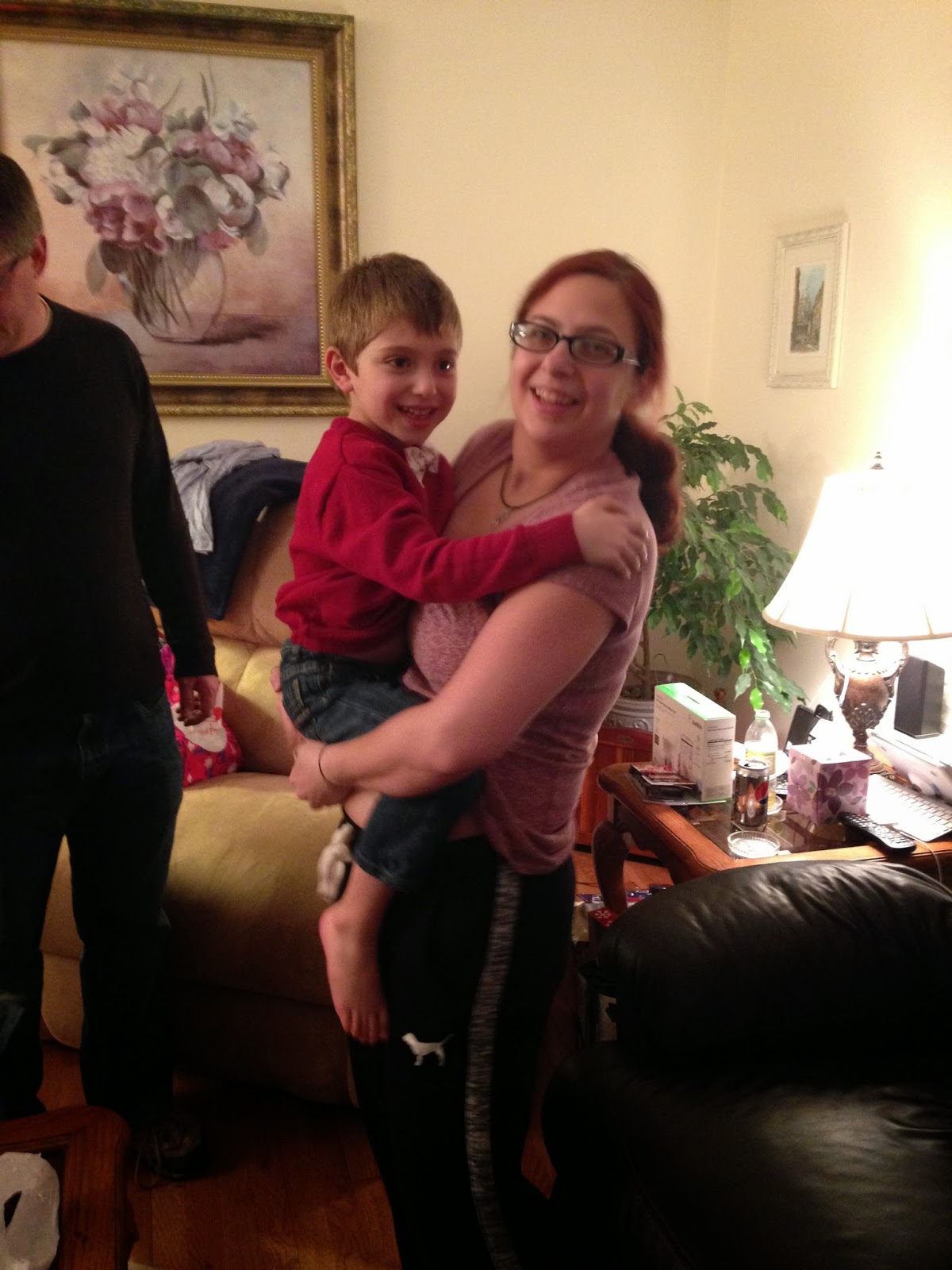 Nick brought penguidy along for Christmas. Henry, on the other hand, was enamored of a little Darth Vader Lego Minifigure. It was actually Nick's present, but Henry carried it around the whole night. 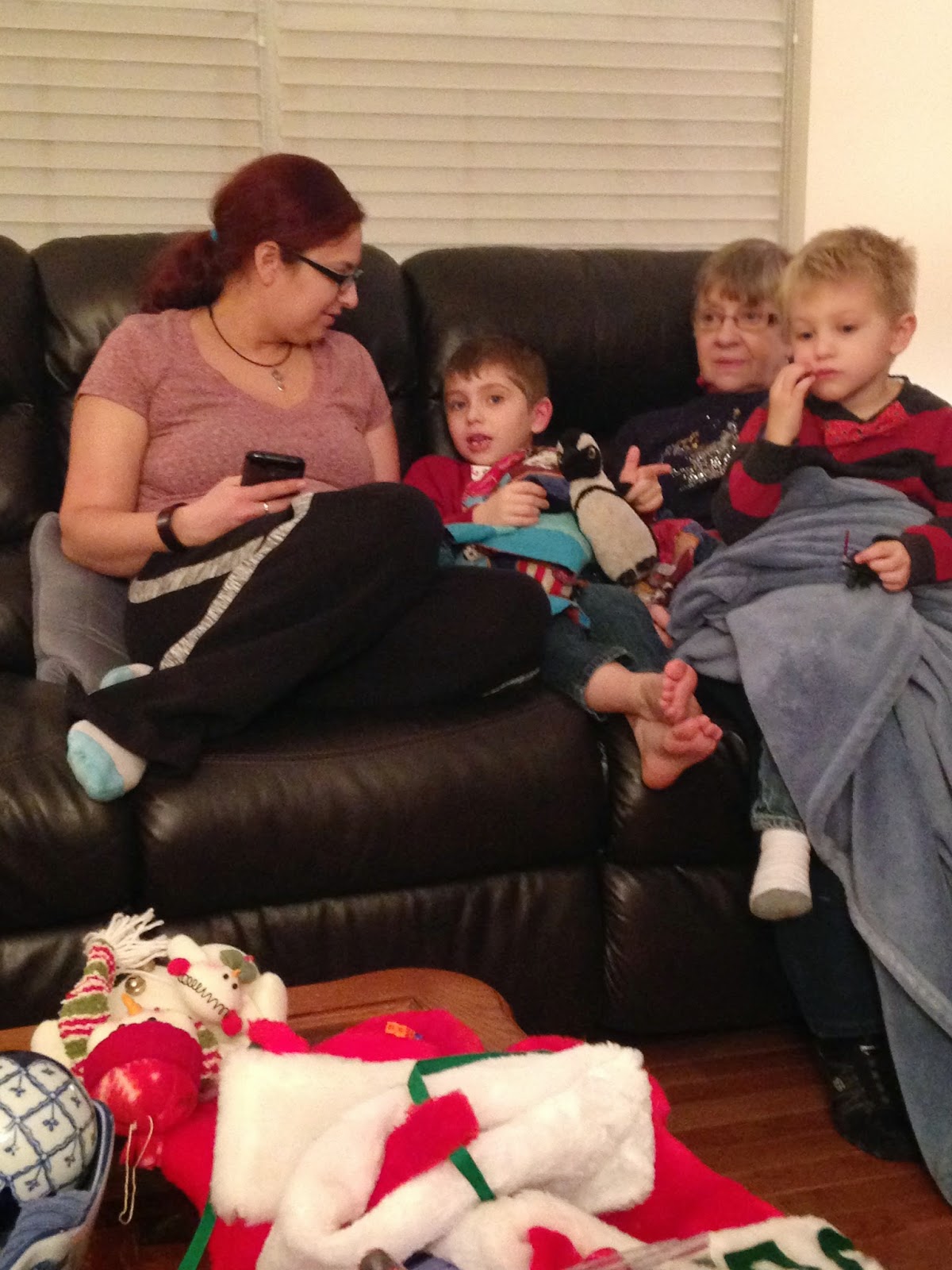 Henry loves these minifigures. The only problem is that he likes to pull off their arms and heads and hair. The pieces get lost and he gets really mad. 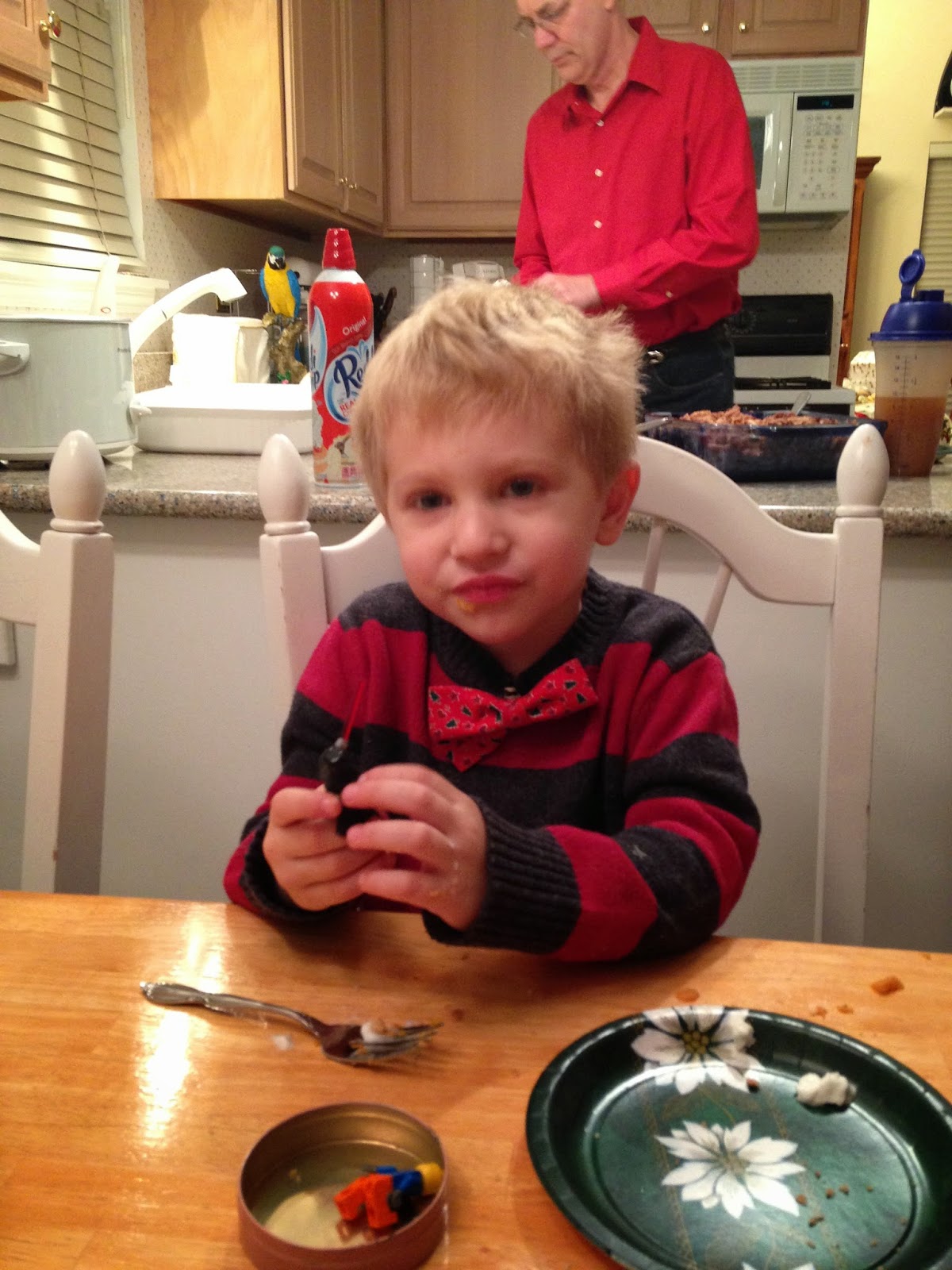 Greg got some new shoes. He liked them a lot, though not as much as Henry liked the Darth Vader figure. 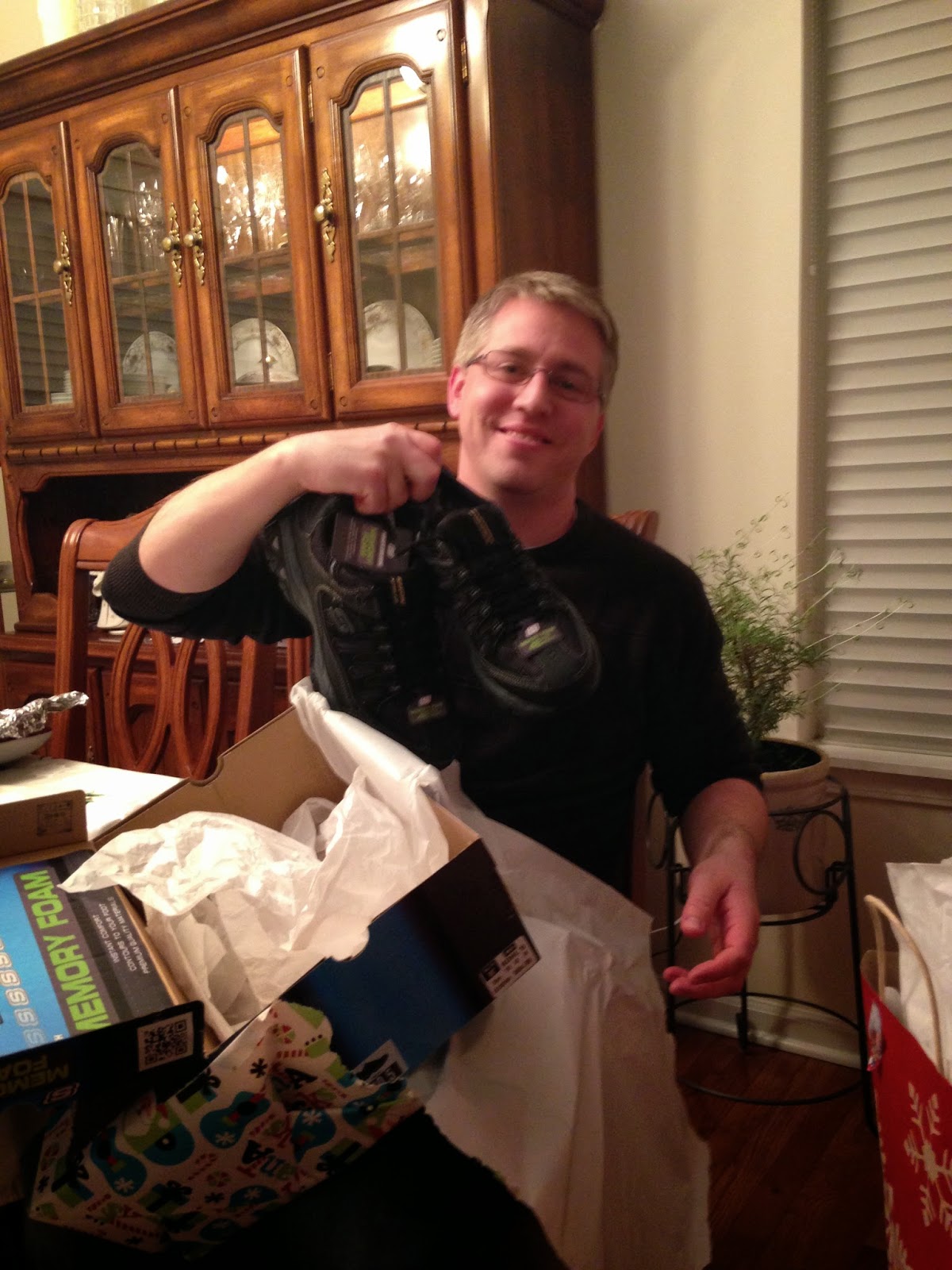 Notice the extra-cute Santa hat on my mom's lamp. 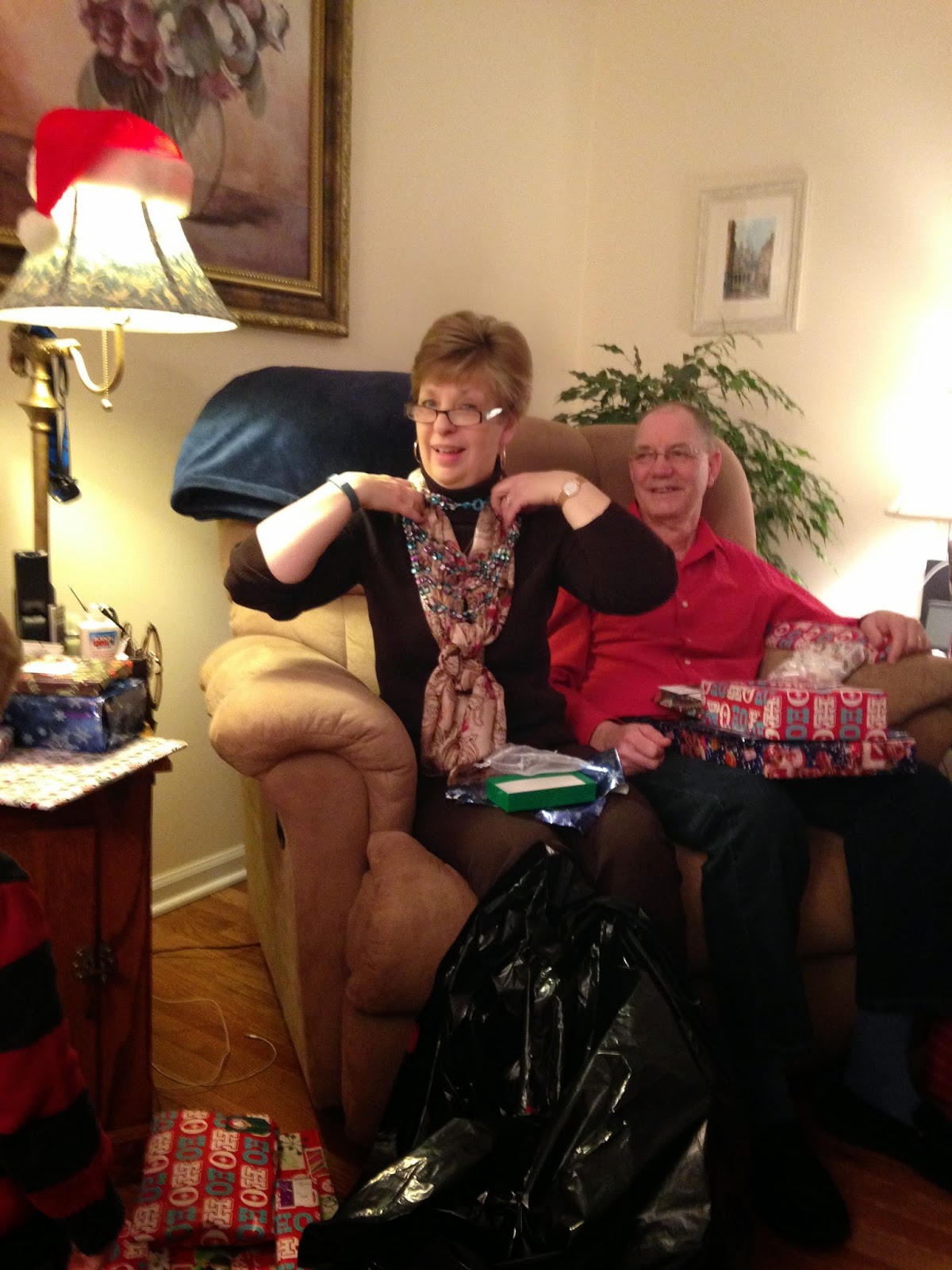 We tried to get a nice family shot. This is the best one we managed. 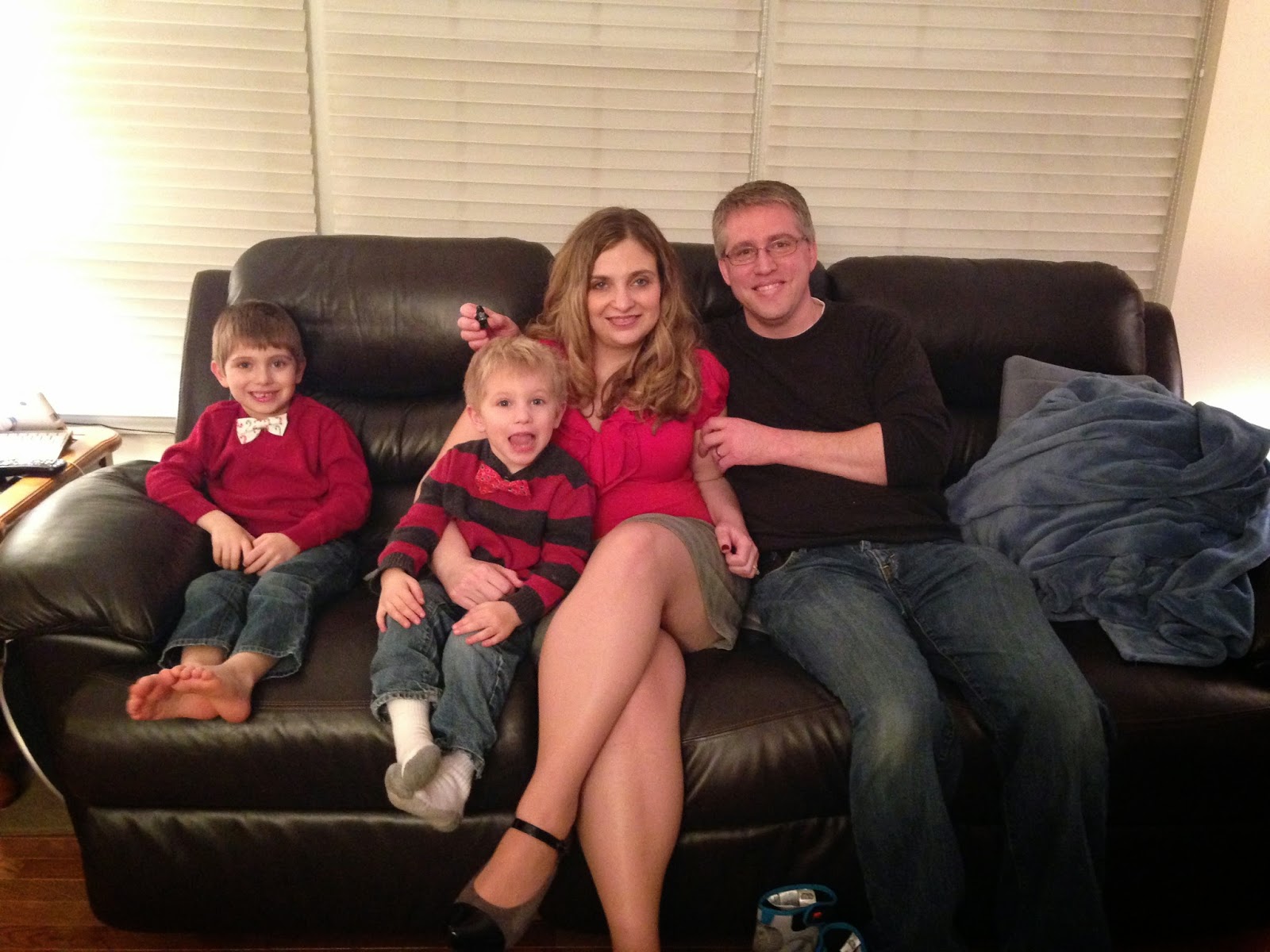