If you happen to have a conversation with my children, they will be sure to mention our trip to Wisconsin Dells, or, as Henry says, "the trip to the water slides!" 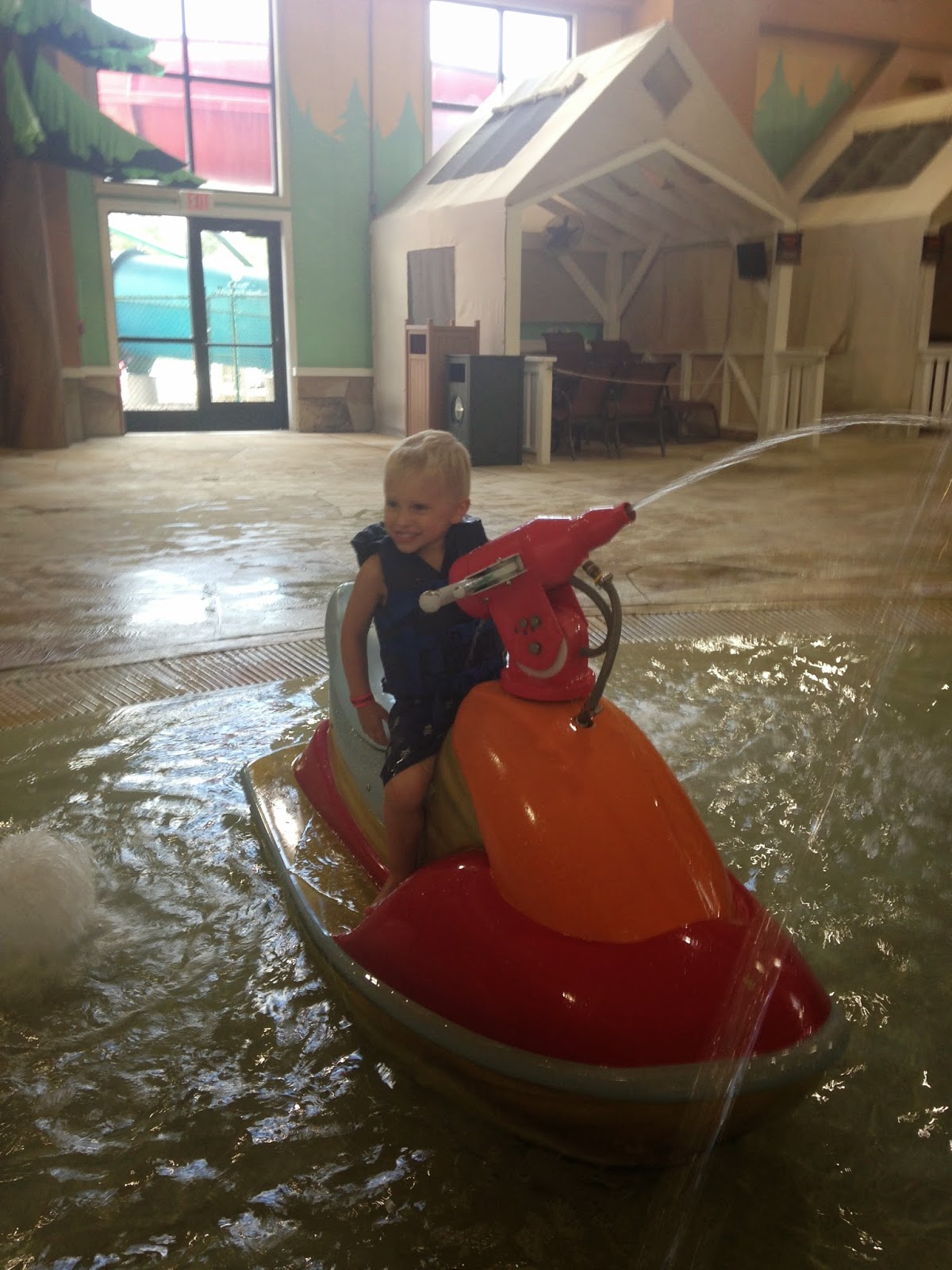 Though we did many other things on our short getaway, the water park inside our hotel was by far their favorite part. 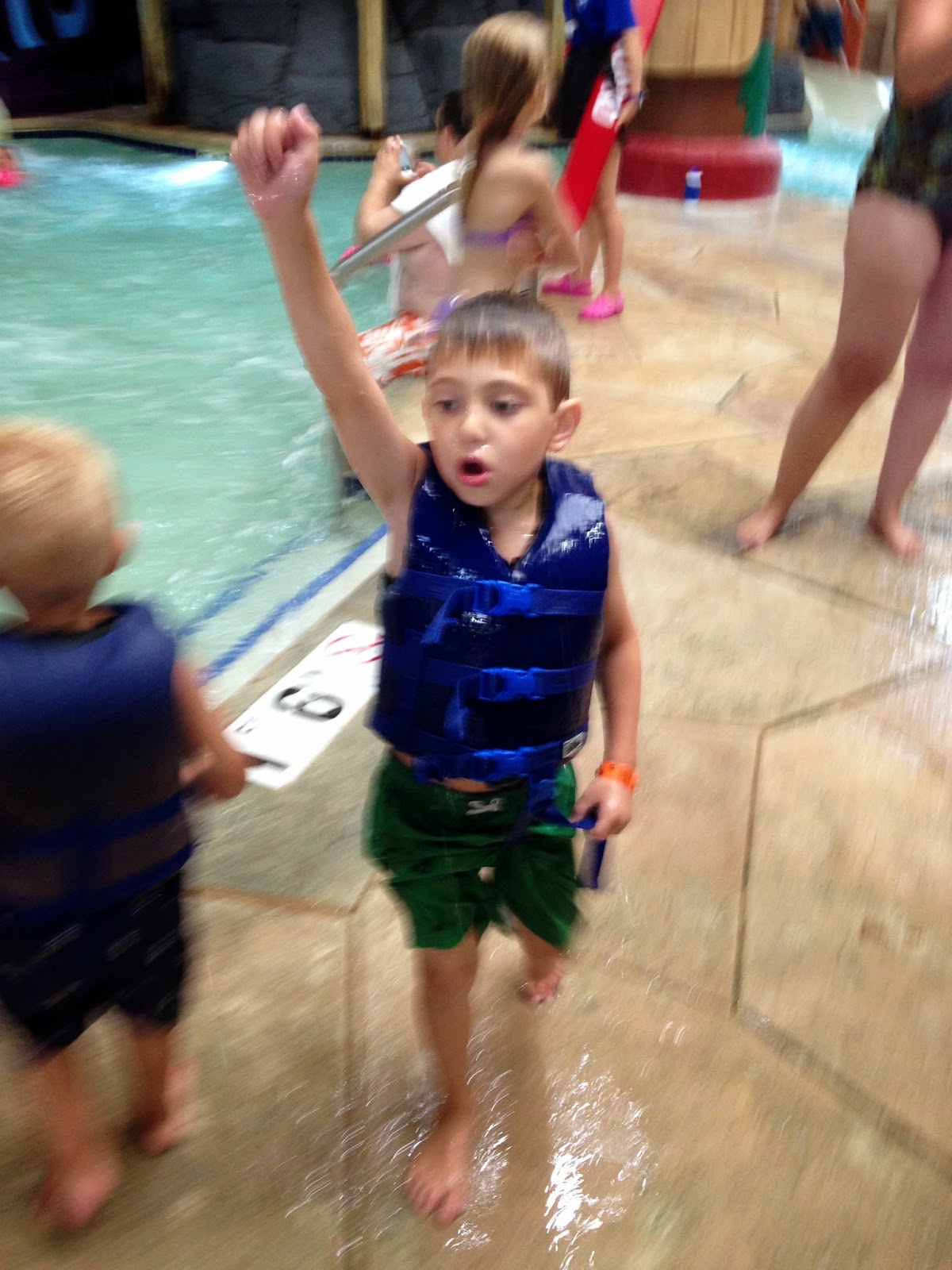 Nick liked the "birdie area" the best, because he was too scared to do any of the tube slides. I think he probably went down the slides you see below at least 400 times during our stay at Great Wolf Lodge. Even now, weeks after we've returned, I hear about the "birdie area" and the water slides every single day. 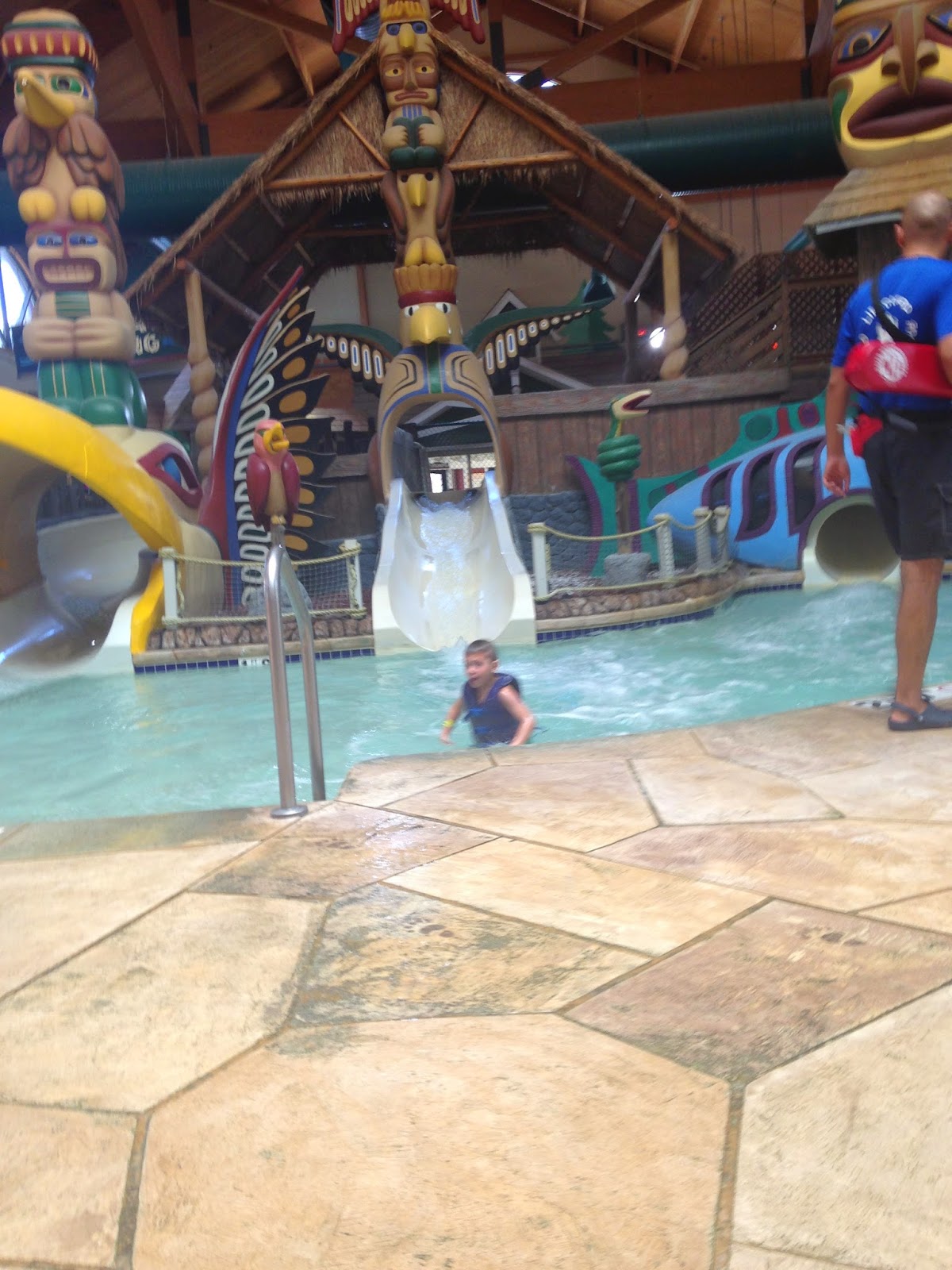 We'd heard that this particular hotel was the best one in the area for little kids, and boy, was it ever. Even Grandma Toni loved it, though she wasn't into the water slides so much. She liked the lazy river, though! 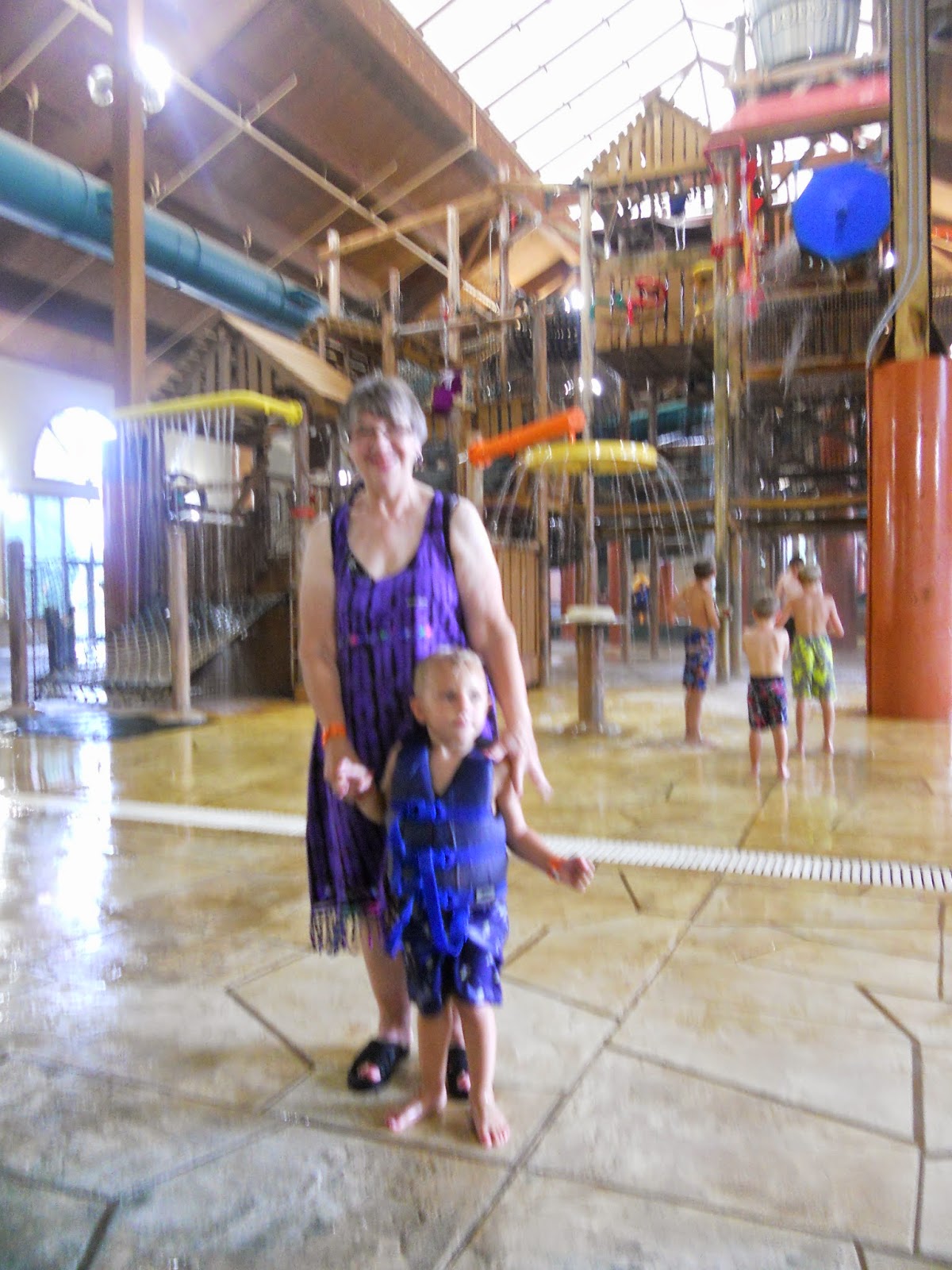 There were multiple water park areas at Great Wolf Lodge, including three indoor ones and one outside. This area had two body slides and this climbing tree house. The bucket on top fills and then dumps every 5 minutes or so. 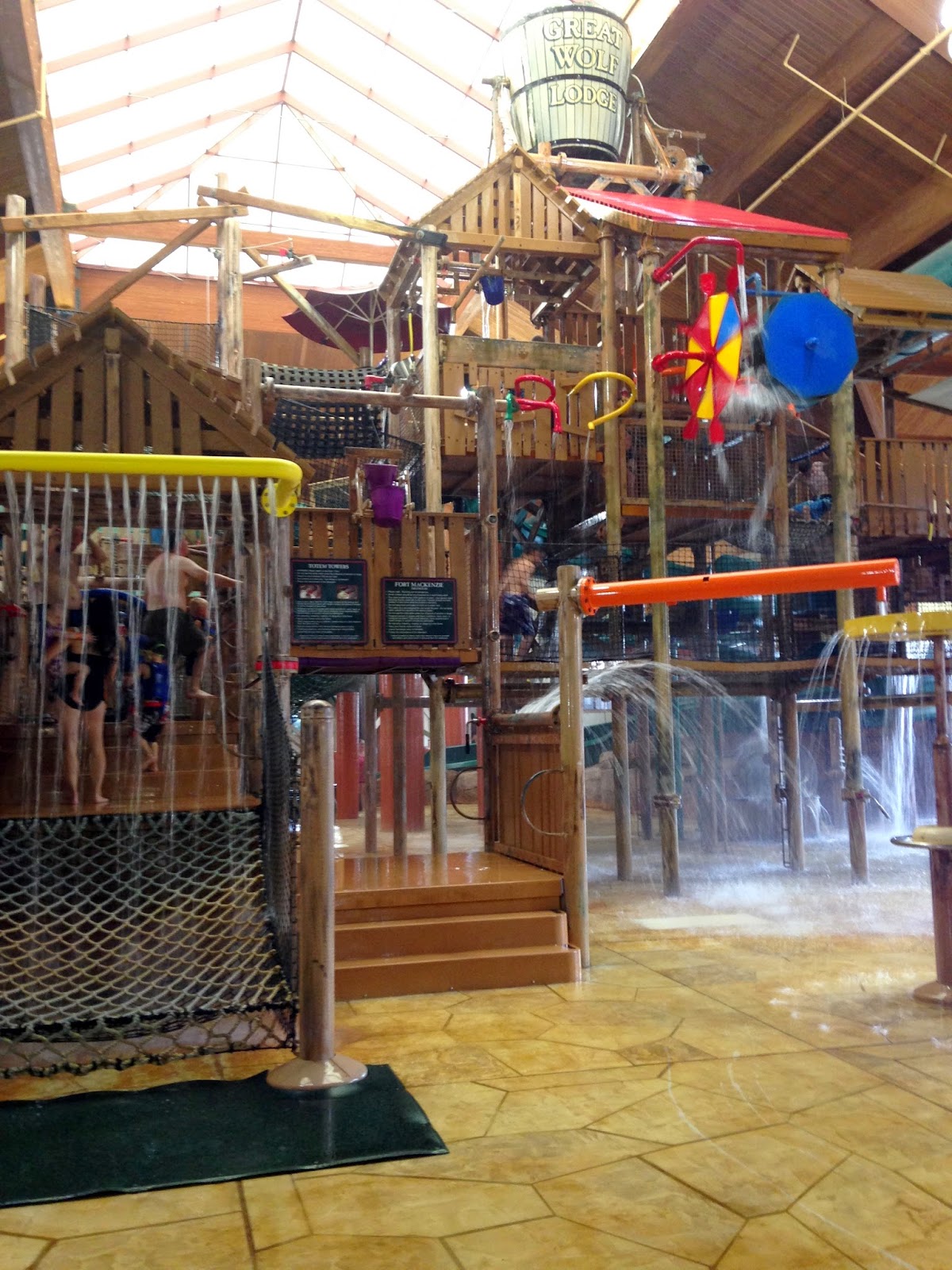 The weather was chilly for August, but the boys still liked hanging out in the outdoor pool. The lifeguards were great at this place (and so numerous), so we could relax and watch the kids without worrying. 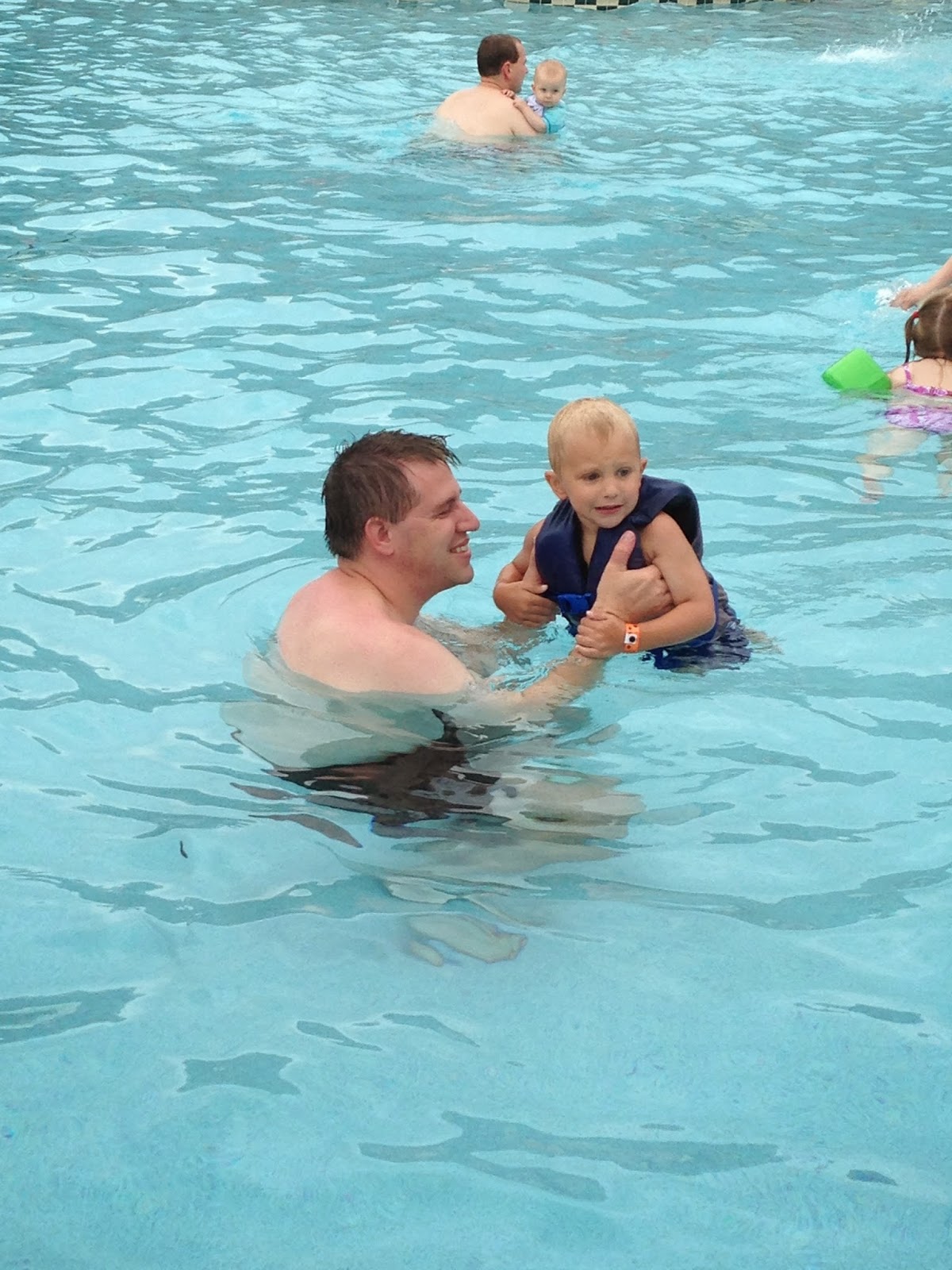 I like swimming myself, but this place was a whole other level of swimming. Outside, there was a large pool plus a kid's area with water slides. Oh, and there were two large tube water slides as well. 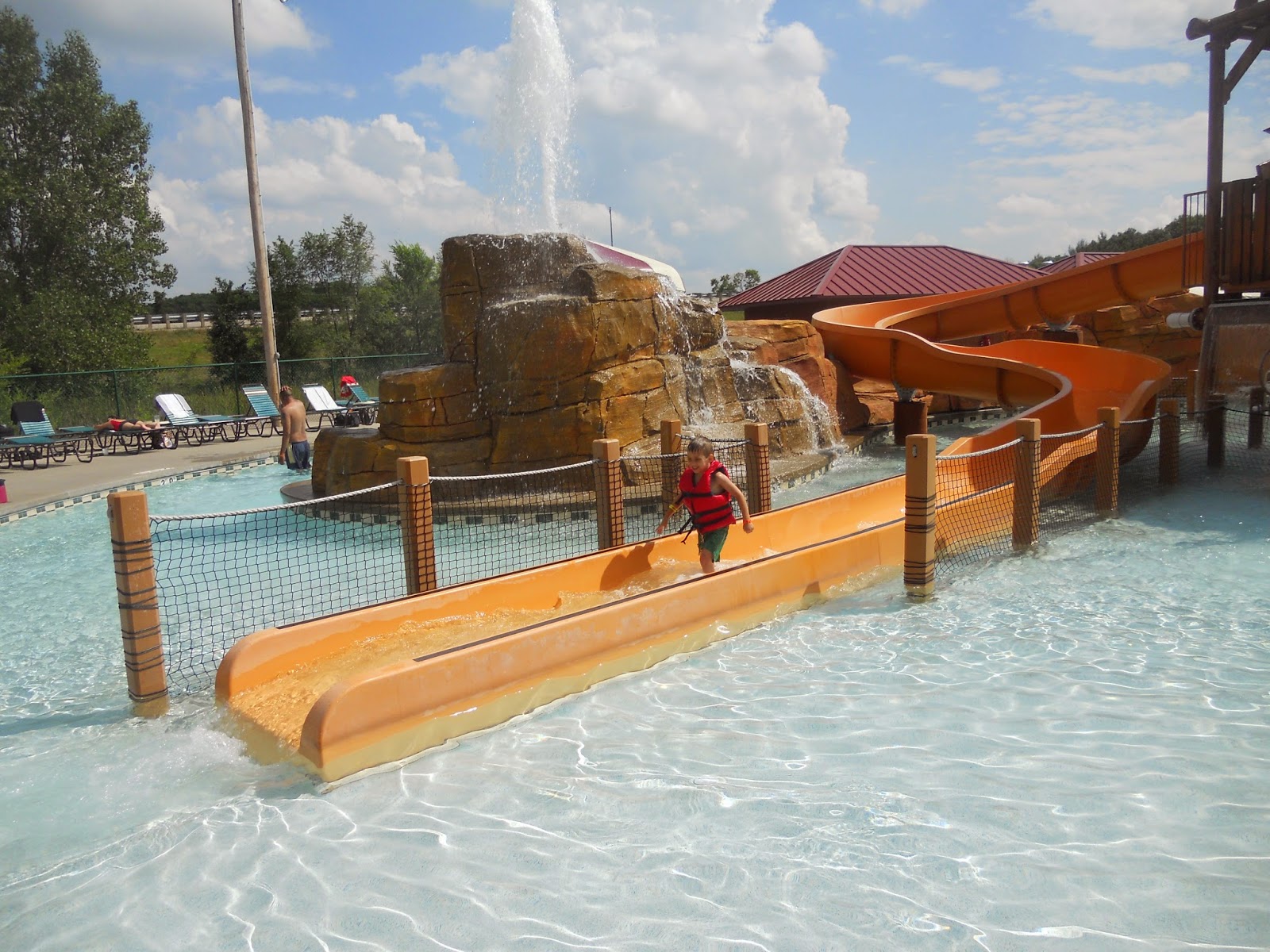 Greg tried out the kiddie water slide and liked it! 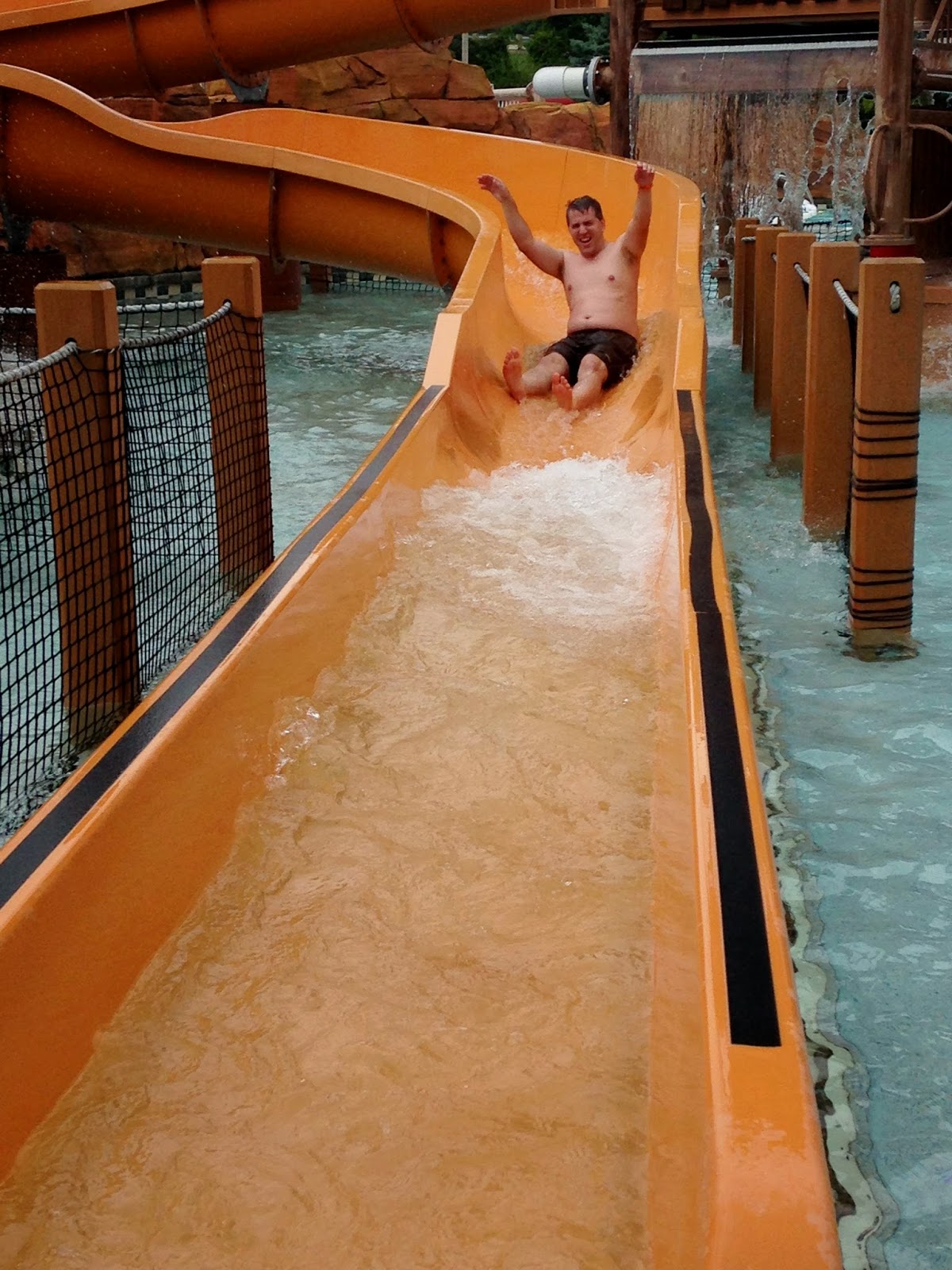 Henry ended up being way more adventurous than Nick. He wanted to try every slide, and got upset if he was deemed too short. He went down this tube slide with Greg and I in a double tube, and he wanted to go again and again and again, even though he bounced up in the air when the tube landed.

I couldn't get Nick to go on any of the tube slides, and he would only go down the body slides in the kiddie area. He was tall enough to go, but too scared. I can understand that; when I was a child, I never liked rides that went up high. I think he must be like me in that way. I still won't go near roller coasters. Water slides, though, don't bother me. I also love wave pools. 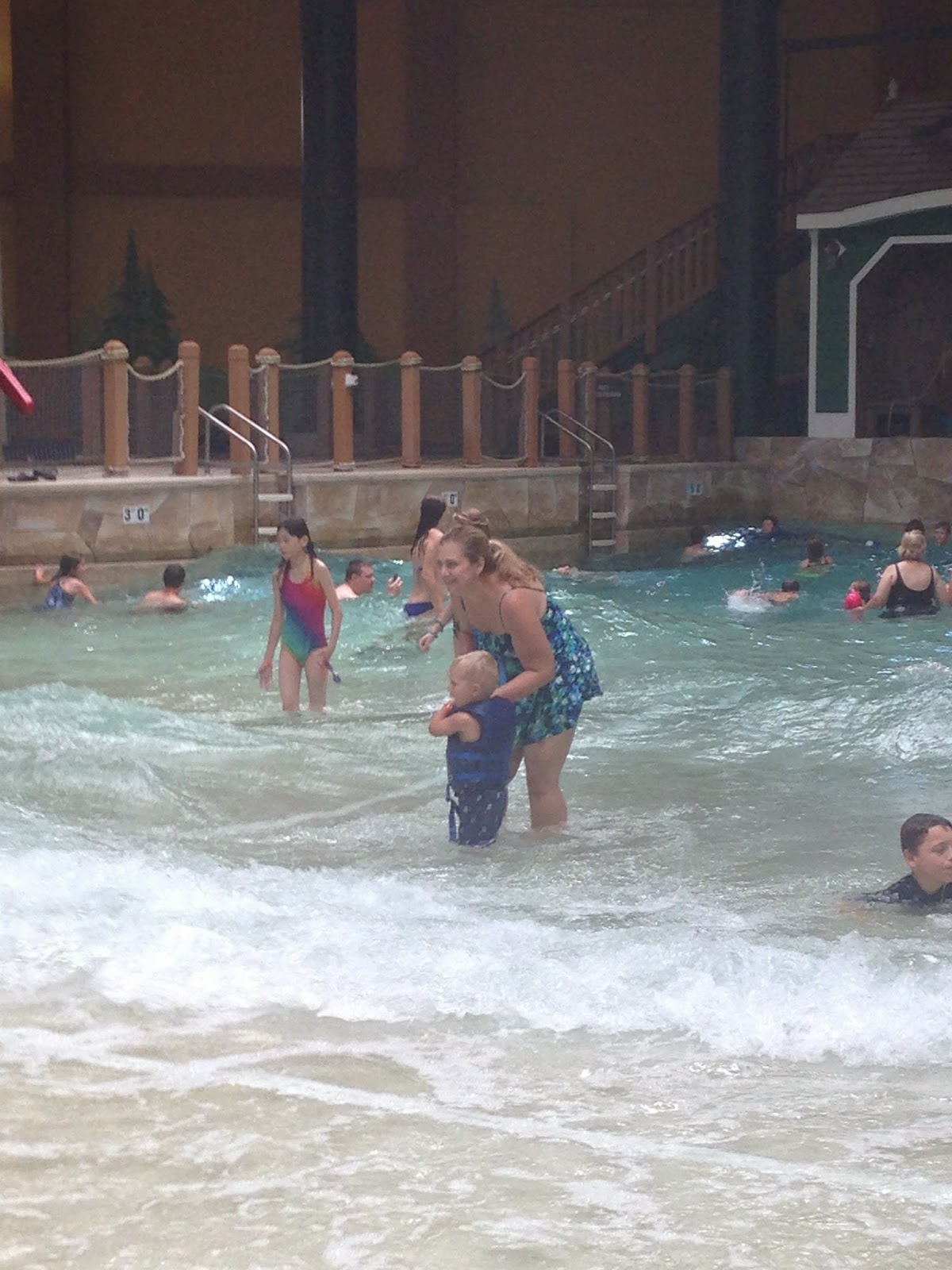 Neither Henry nor Nick can swim, but the life jackets really helped them float and become more comfortable in the water. We spent lots of time in the wave pool, the lazy river, and the outdoor pool area. Nick could touch the bottom, but not Henry. 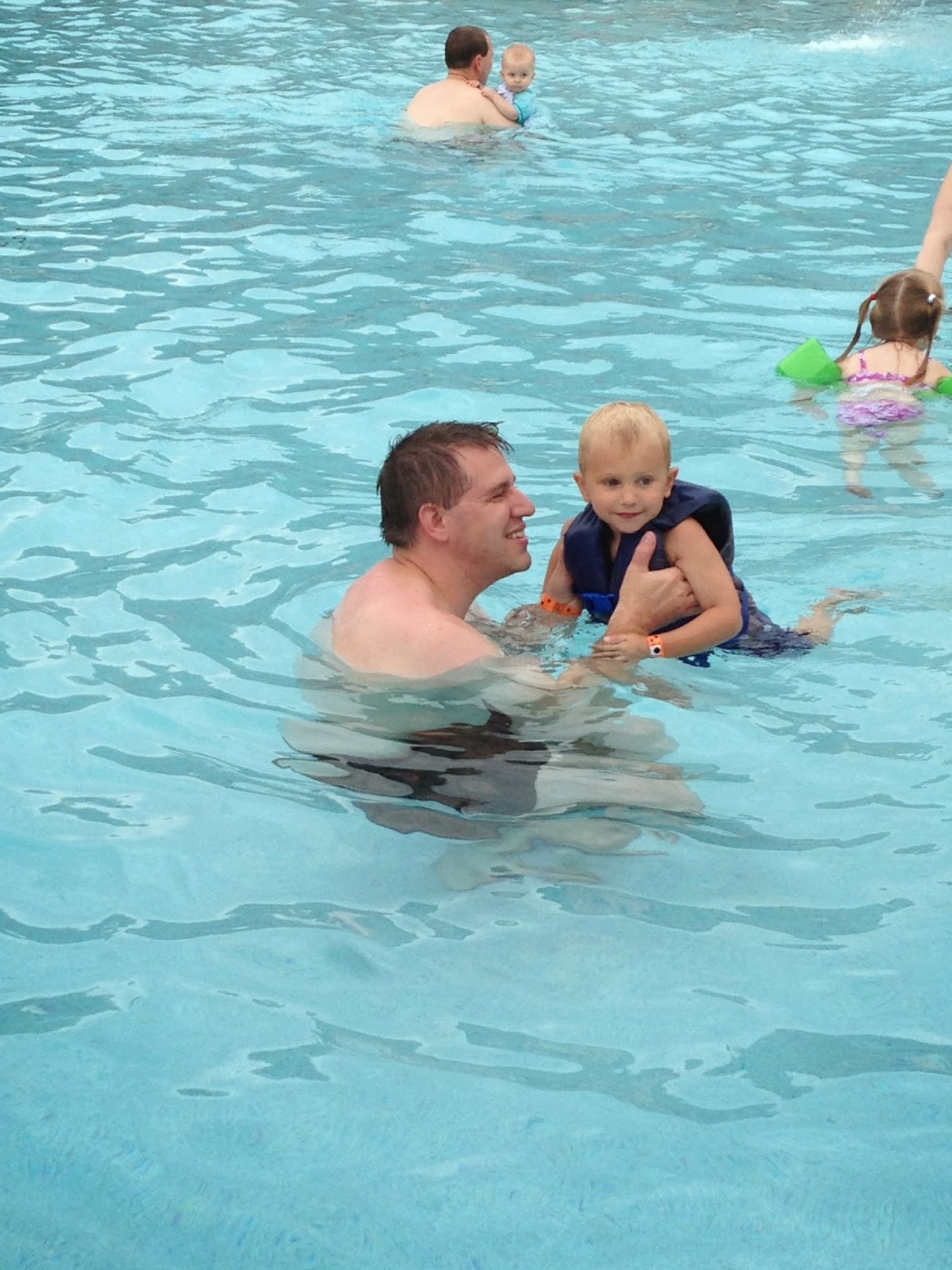 At least once every day, the boys ask me when we're going back to "our" water park. I think we're going to have to go again next year, at least for a day or two. 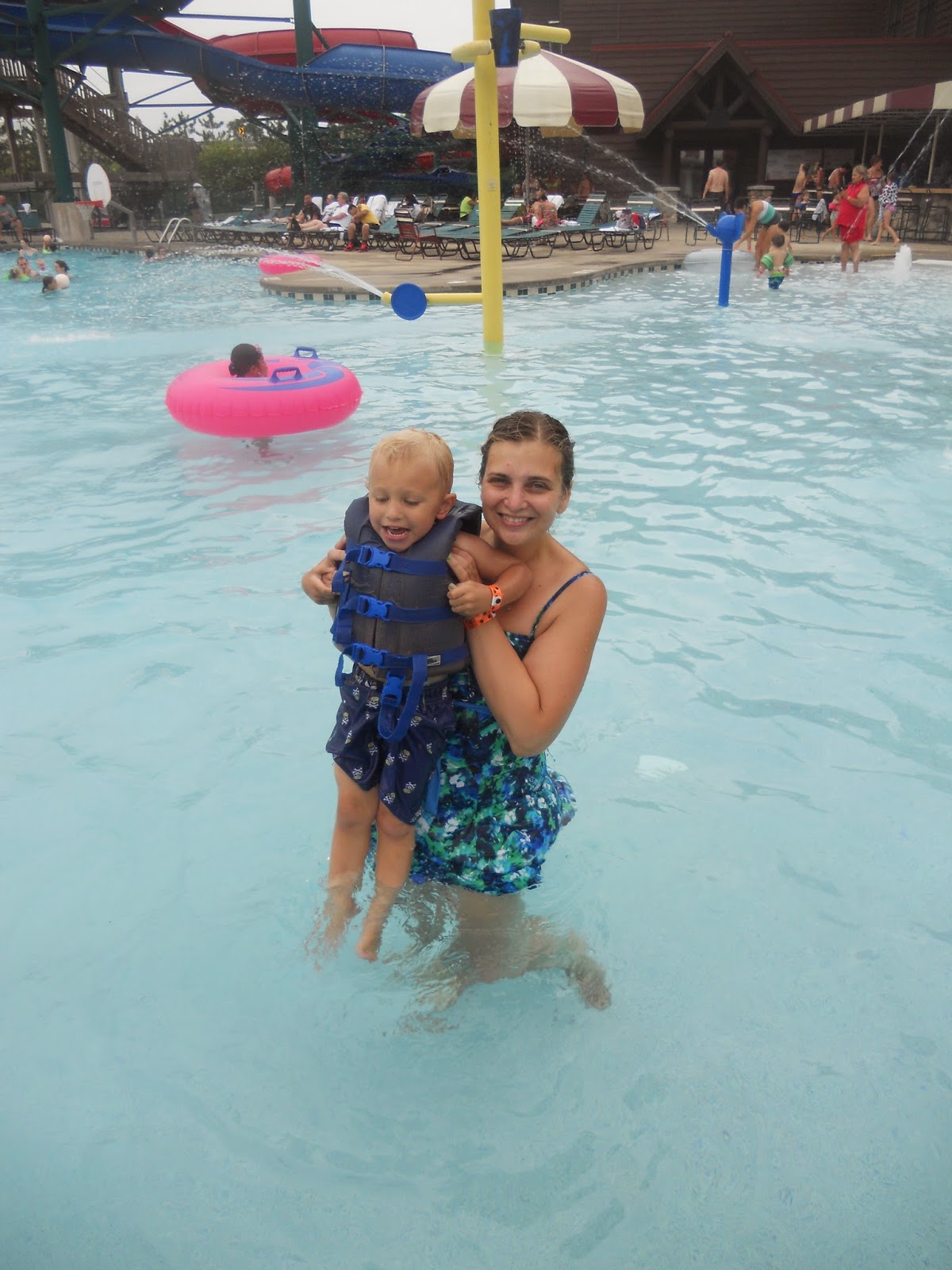