Getting Ready for Back-to-School

Alas, summer vacation is almost over. After one last hurrah at the beginning of next week, the boys will start school on Friday. This year, both of my babies will be headed off to academia: Nick will be going to Kindergarten, and Henry will be starting preschool. The first order of business? Haircuts for these formerly shaggy gentlemen.

Even though both of my sons are technically blonde, their hair is wildly different. Nick's hair, which used to be curly, has turned a very dark shade of blonde and gotten mostly straight in the last two years. His hair is very thick with a major cowlick in the back.


Henry, on the other hand, has coarse, fuzzy hair that is much lighter and has been turned almost white from being in the sunshine so much this summer. 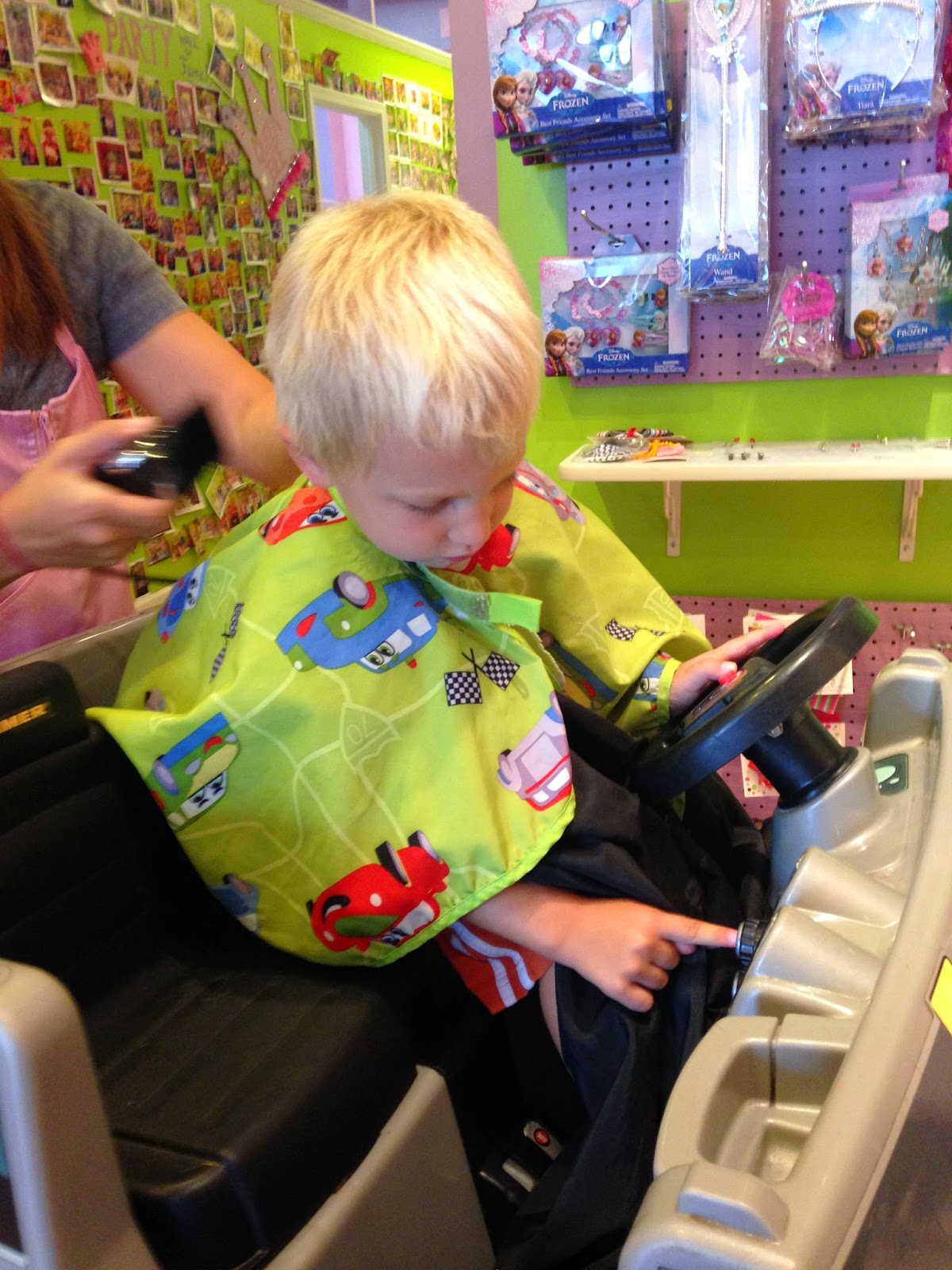 While it is being cut, the little pieces of Henry hair fly around and get everywhere.


After their haircuts, we headed to Target for school supply shopping. Both boys needed new sneakers, and I had two school supply lists to fulfill. Our cart soon filled with supplies. I let them each pick out their own take-home folder and they chose Angry Birds Holographic ones. 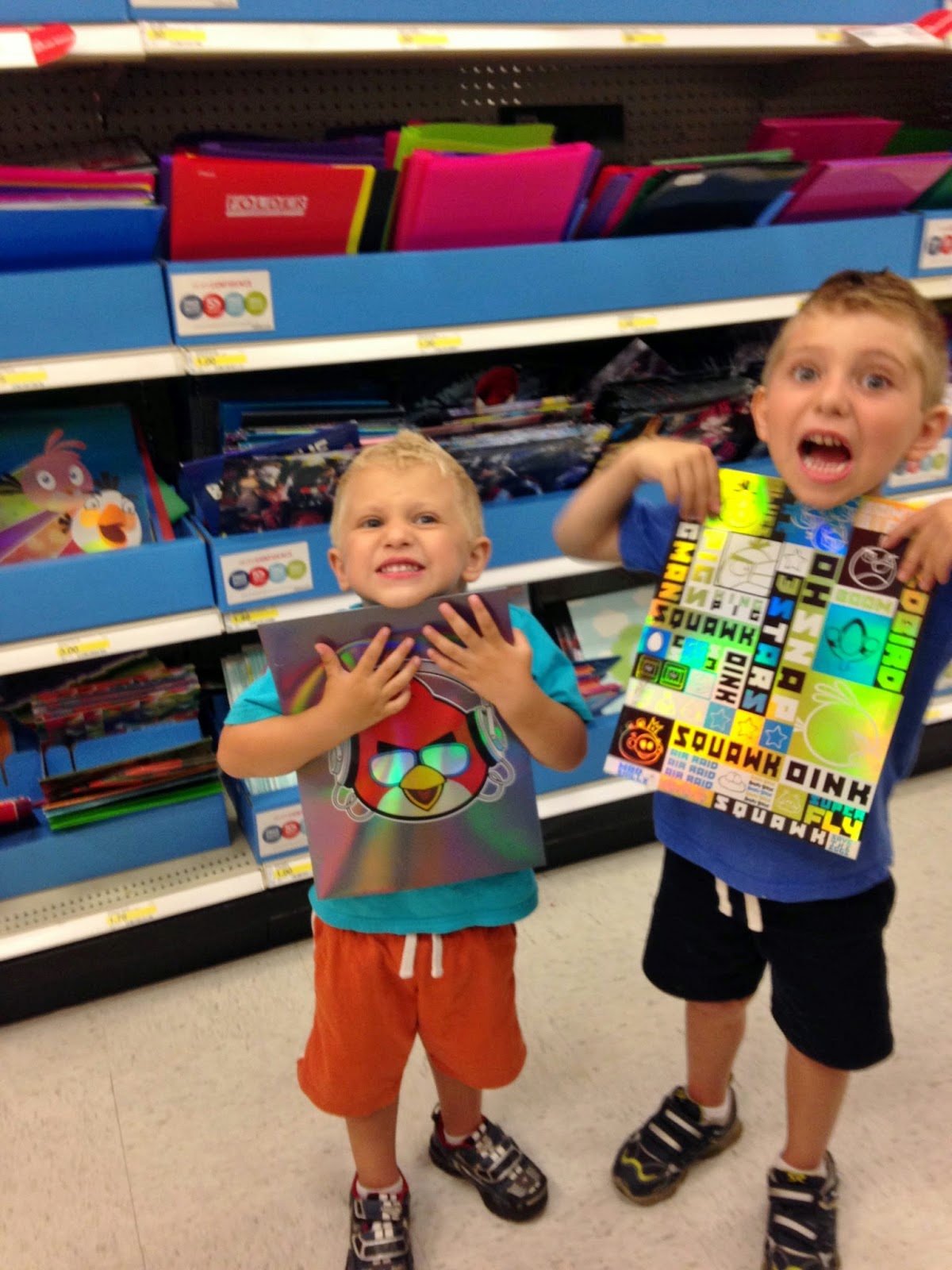 After all the school supplies, it was time to find backpacks. Nick found one that he said looked like "outer space." I was just glad it came with matching headphones, which his school supply list said he needed for Kindergarten. 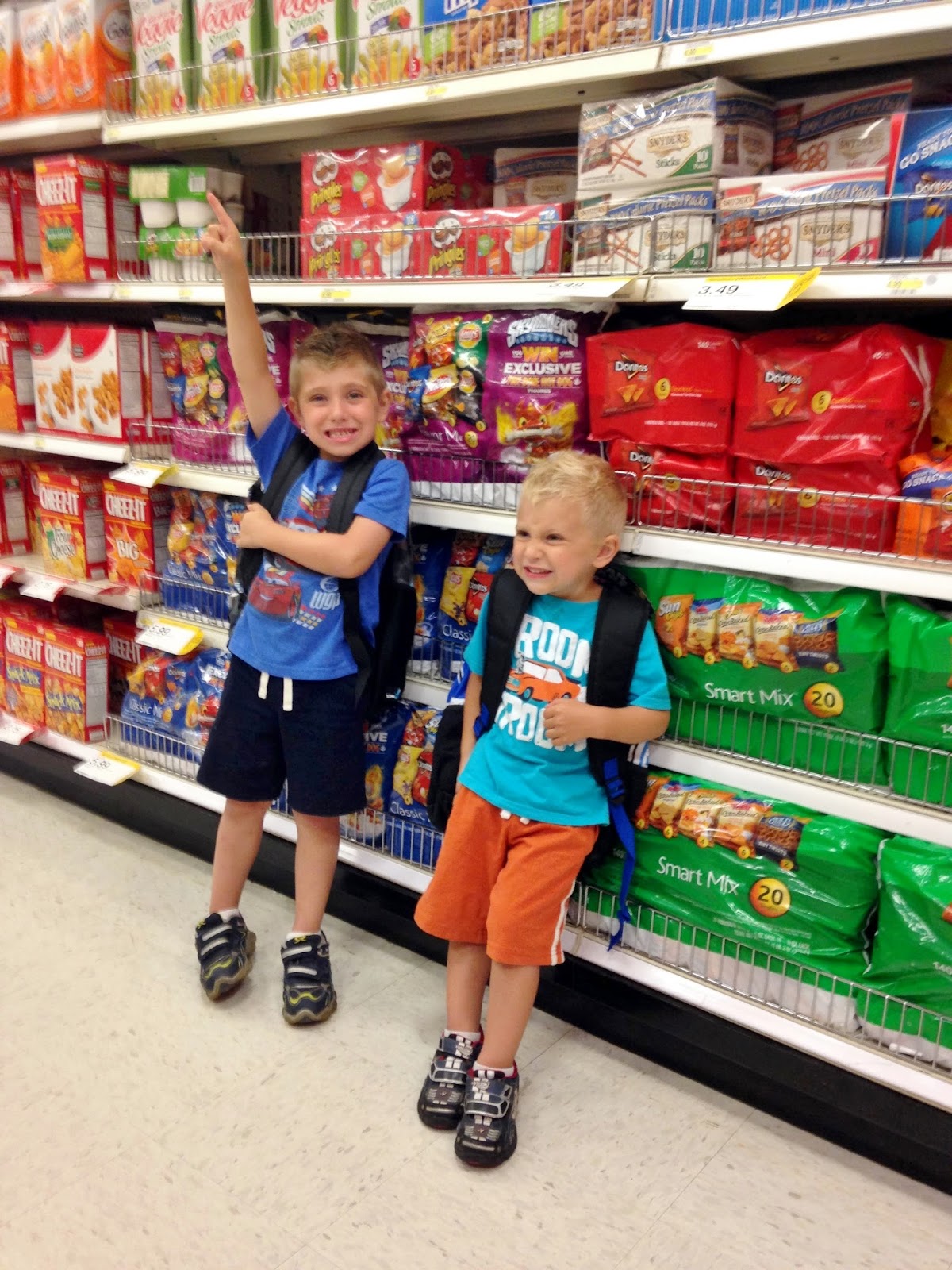 Henry found an R2D2 backpack that actually makes noises. He was thrilled beyond belief at his good fortune. 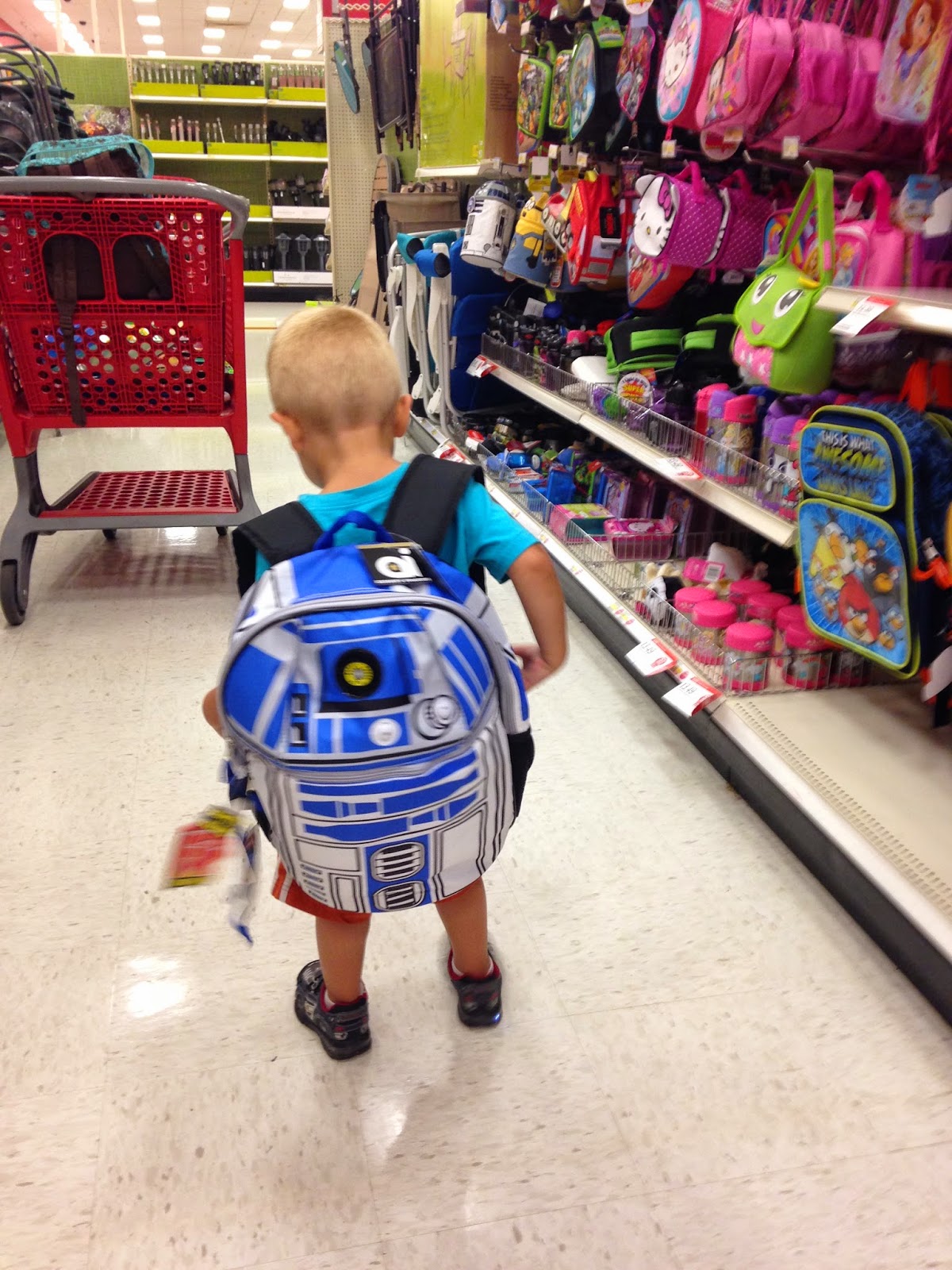 Both boys wore their new backpacks around the store, but Henry continued to wear his all around the house. He even performed some happy dances about going to school. Then, before heading to bed last night, Henry sat and practiced writing his letters on the ipad for easily 45 minutes. I think he's ready for preschool!
Posted by Melissa E. at 10:59 AM