One of the highlights of our trip, especially for Henry, was riding the Electric Streetcar in Kenosha, Wisconsin. Whizzing along on the tracks and looking out the windows, the kids had a blast.


For only a few dollars we rode around in circles for an hour, seeing the sights and enjoying the ride. Of course, you can use the streetcar to actually get places, but we just sat back and watched out the windows. 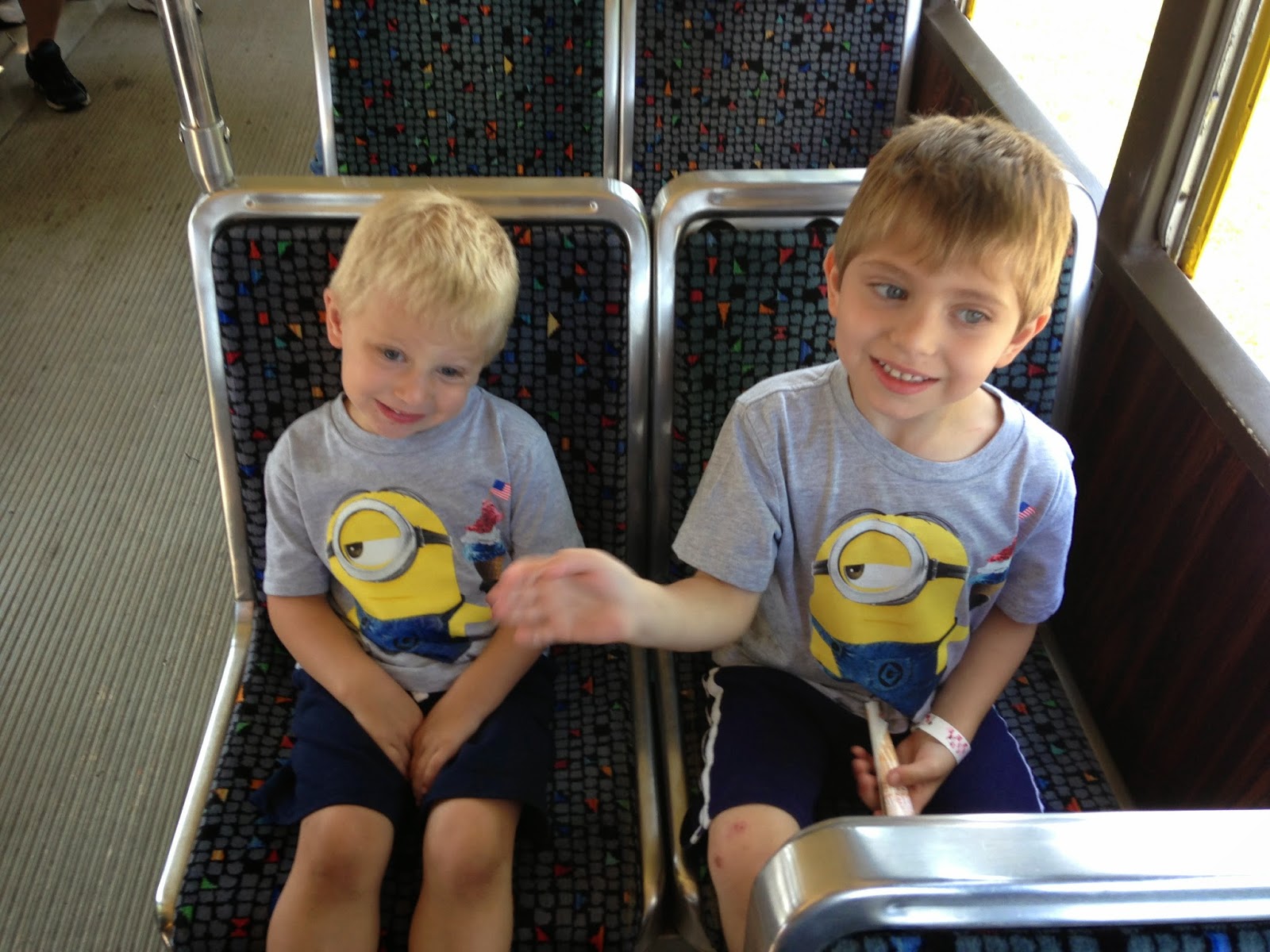 We also visited the Kenosha Public Museum, a small (and free) museum with an interesting history of Wisconsin. Nick really liked the mammoth skeleton (a reproduction), and I had to yell at him to get down before he tried to climb it. Henry, on the other hand, thought it was another dinosaur and didn't want to go near it. 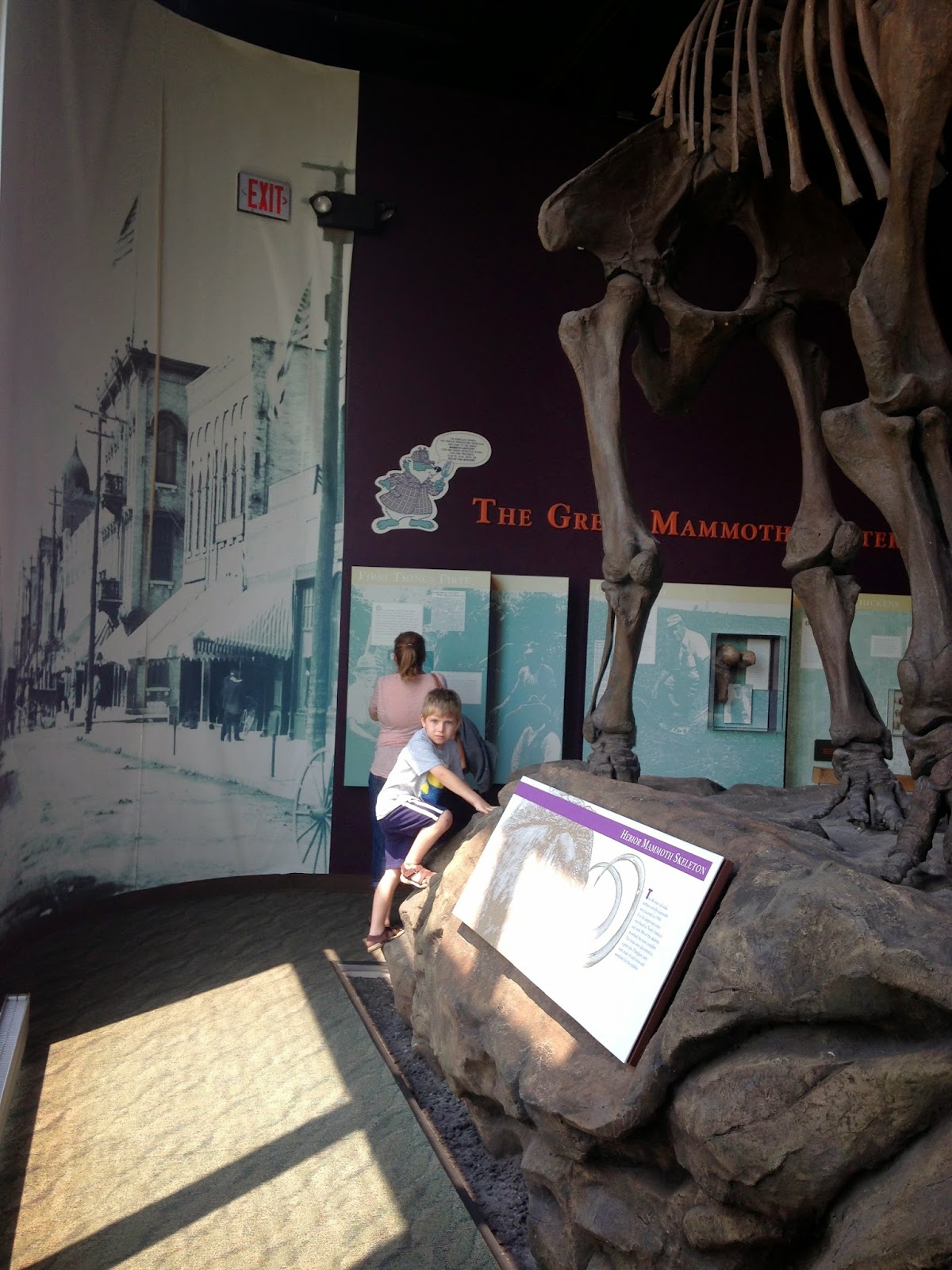 Compared to the museums in Chicago, this one was pretty small, but the exhibits were well-done and the information on the walls very interesting, especially for someone like me who loves science and history. This guy coming from the ceiling, though? He was creepy. 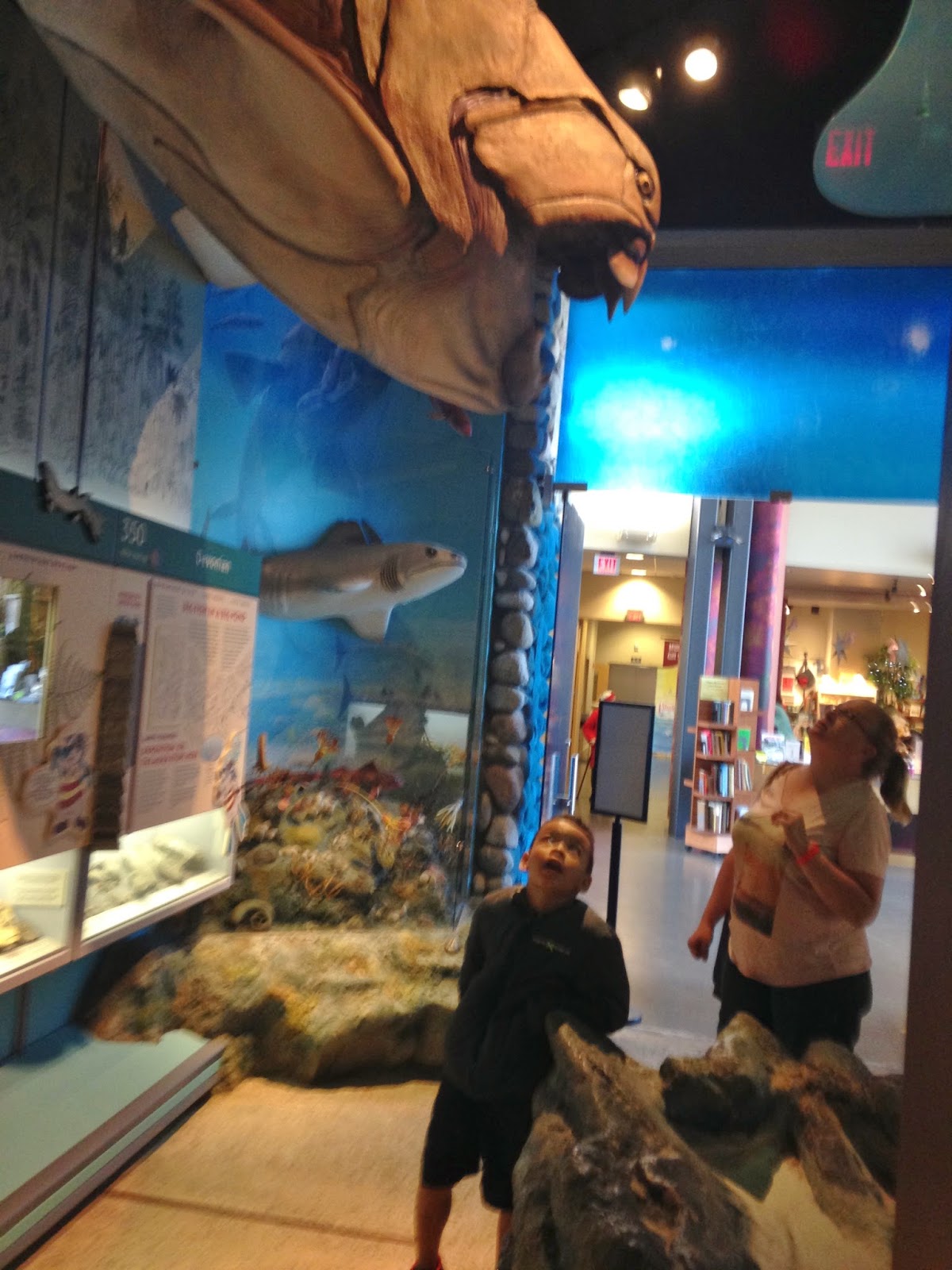 This museum had a kids hands-on area with puppets and binoculars and all kinds of fun things to play with. 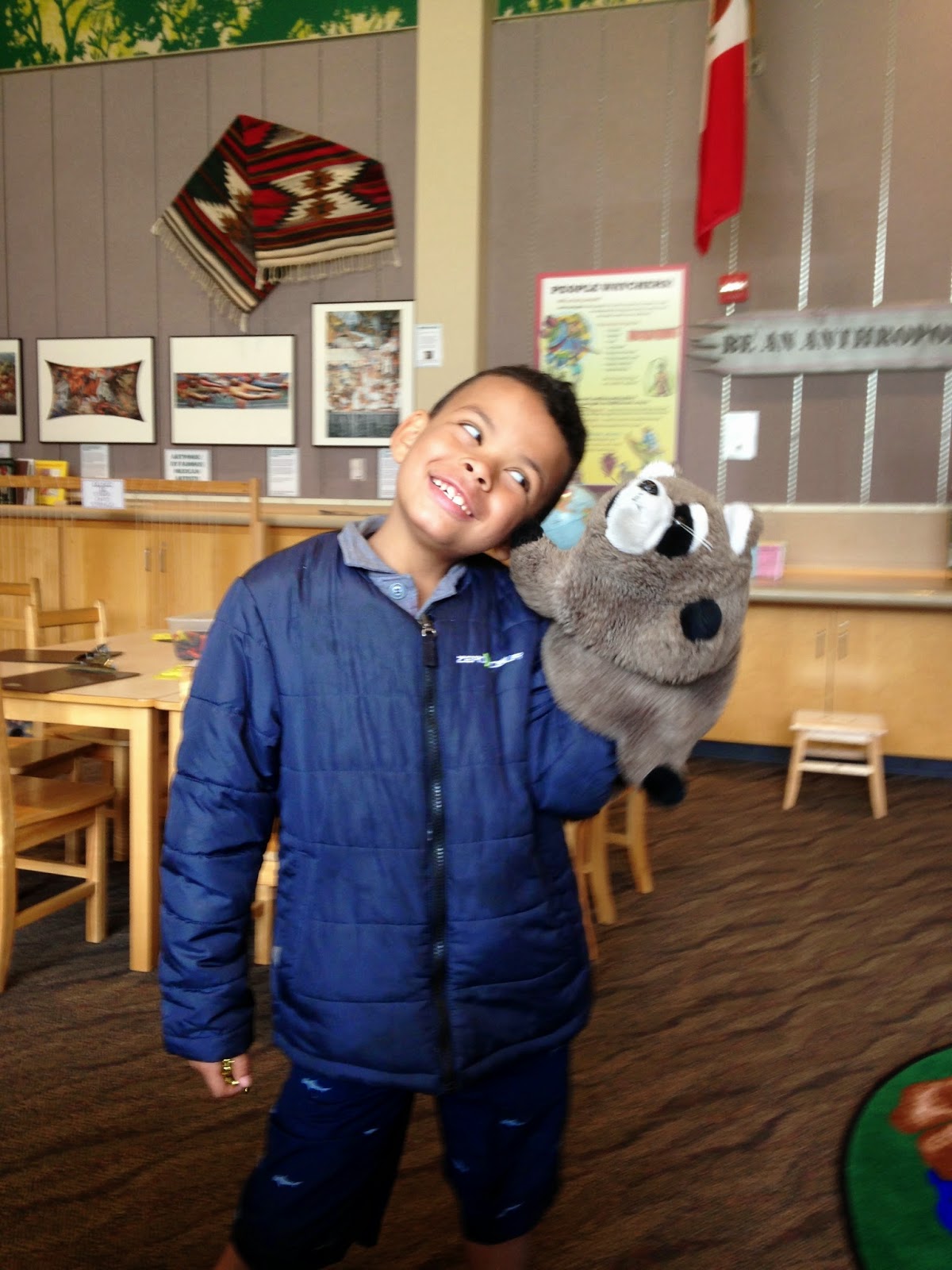 Nick and Henry liked looking at the birds but hated that the binoculars were tied to the table. 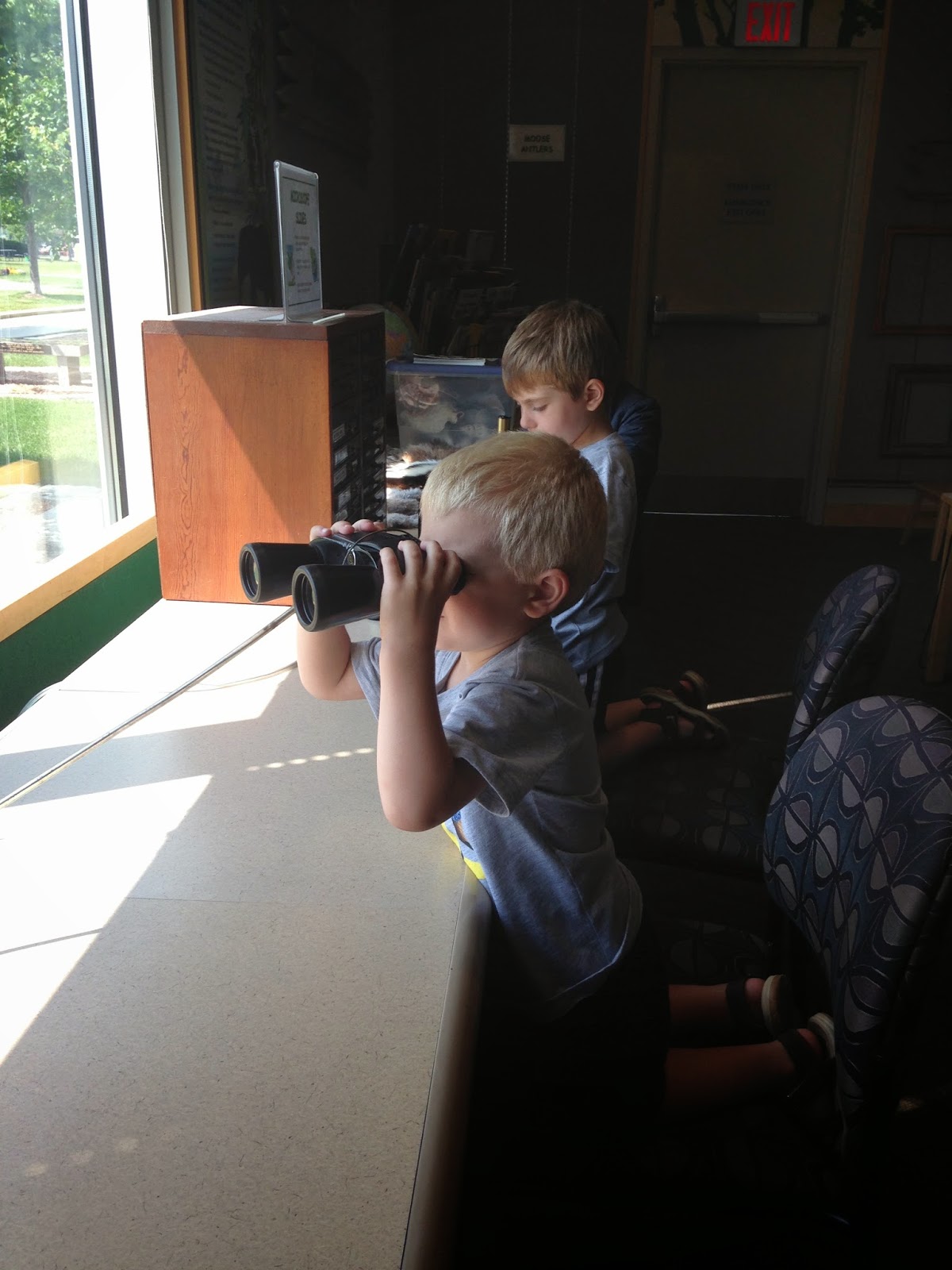 Nick loved this totem pole, so I tried to take a picture of the whole thing, and I almost succeeded. 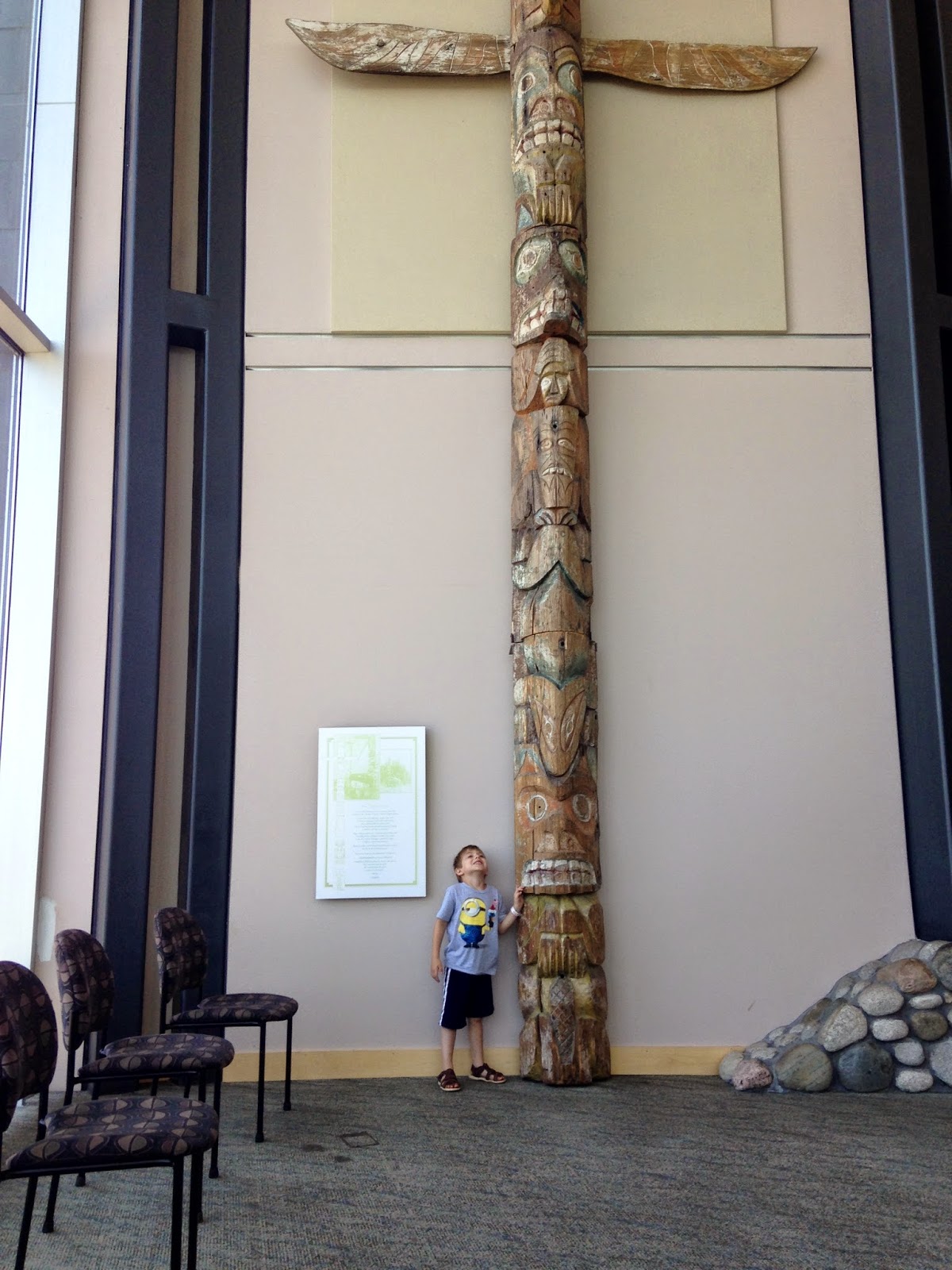 This sculpture fascinated Henry. "Why is the poop red, Mommy?" he asked seriously. He must be getting easier to understand, because someone walking down the hallway snorted with laughter when he said it. I have to say, this sculpture does look rather like bowels. 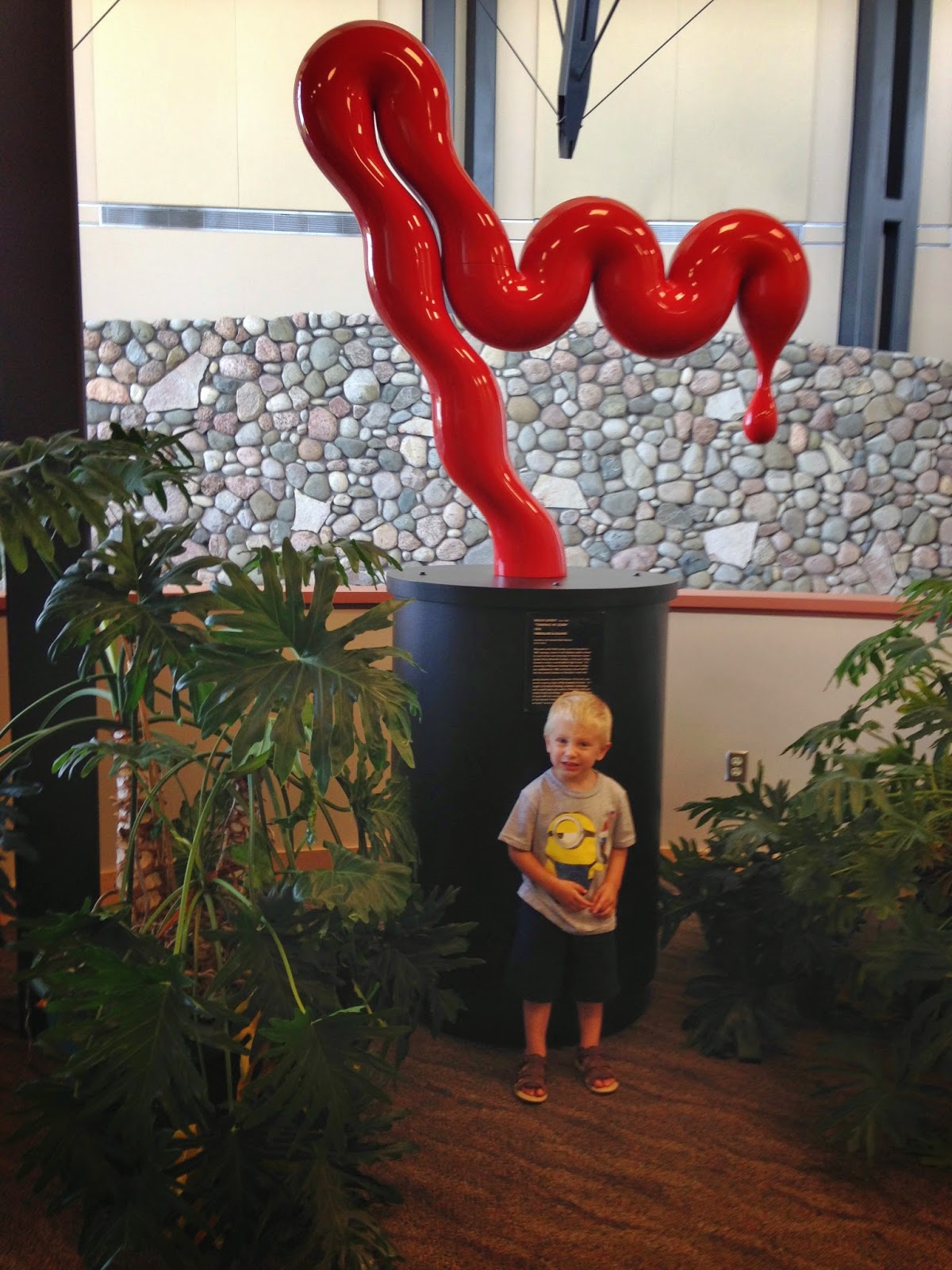 The second floor of this building has a great view of Lake Michigan, and these viewfinders so you can look really closely out at the sights. Henry was a little short, but he managed. 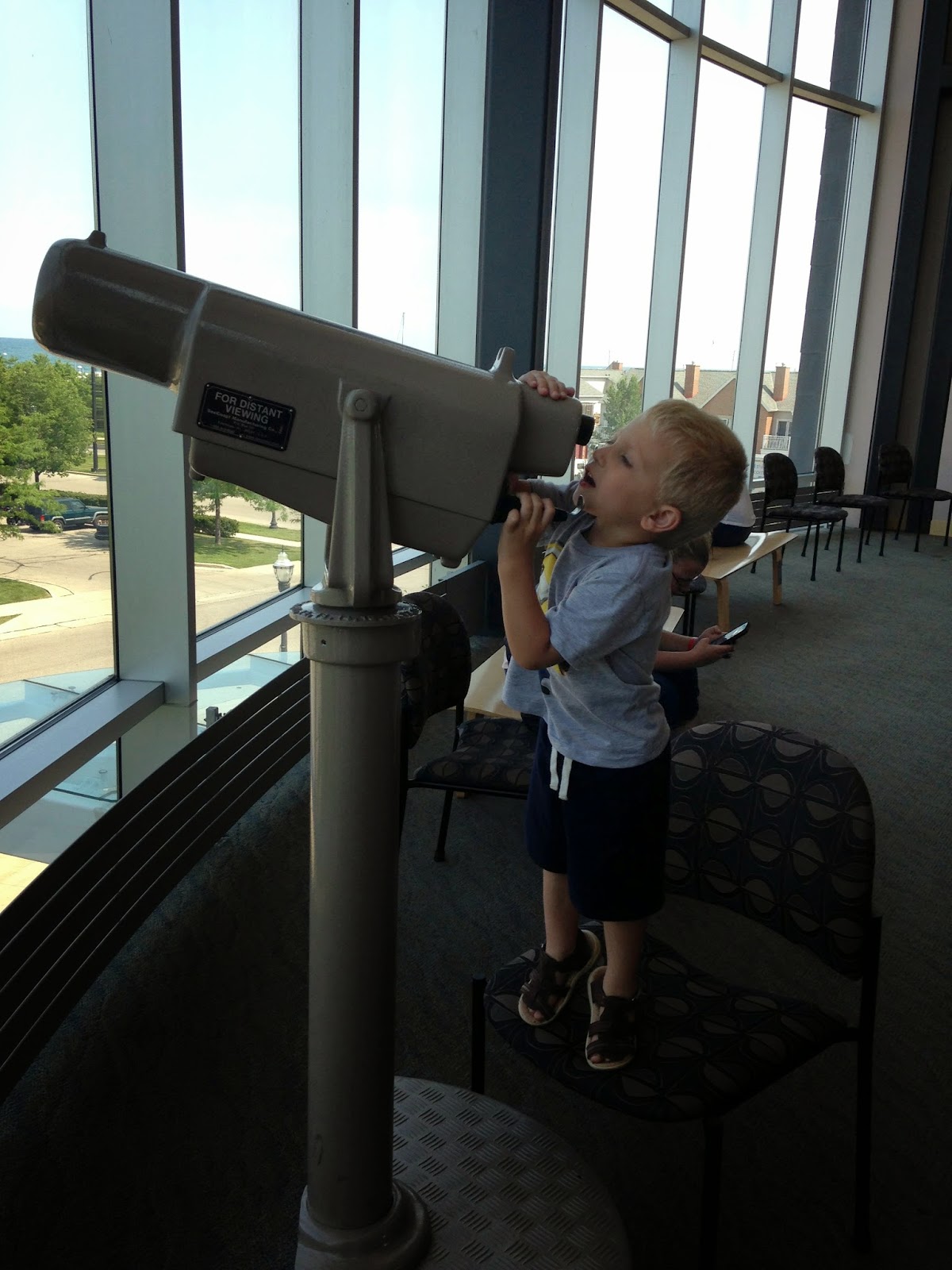 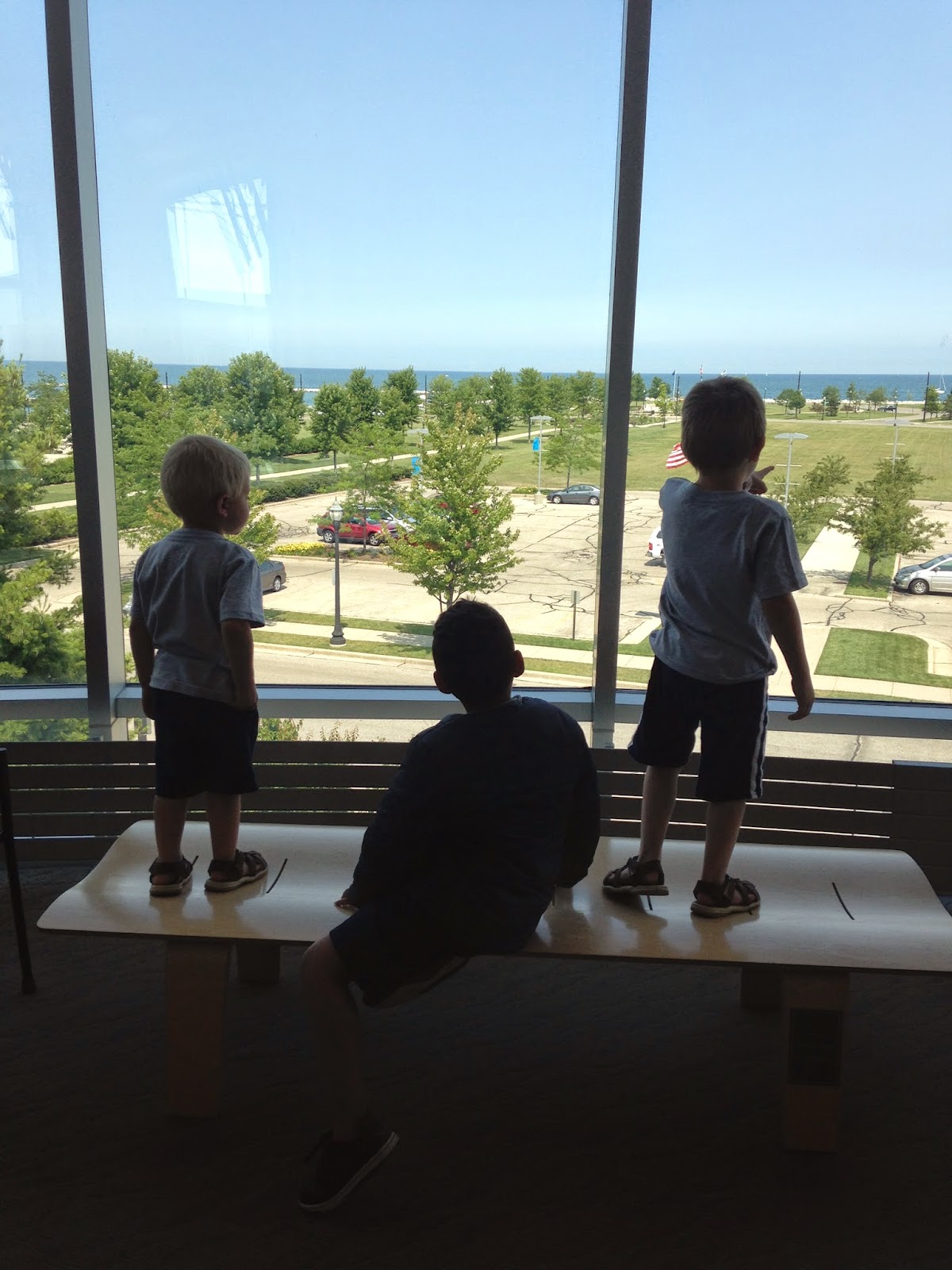 Nick was the photographer at this fountain outside the museum, and I think his picture-taking skills are improving. 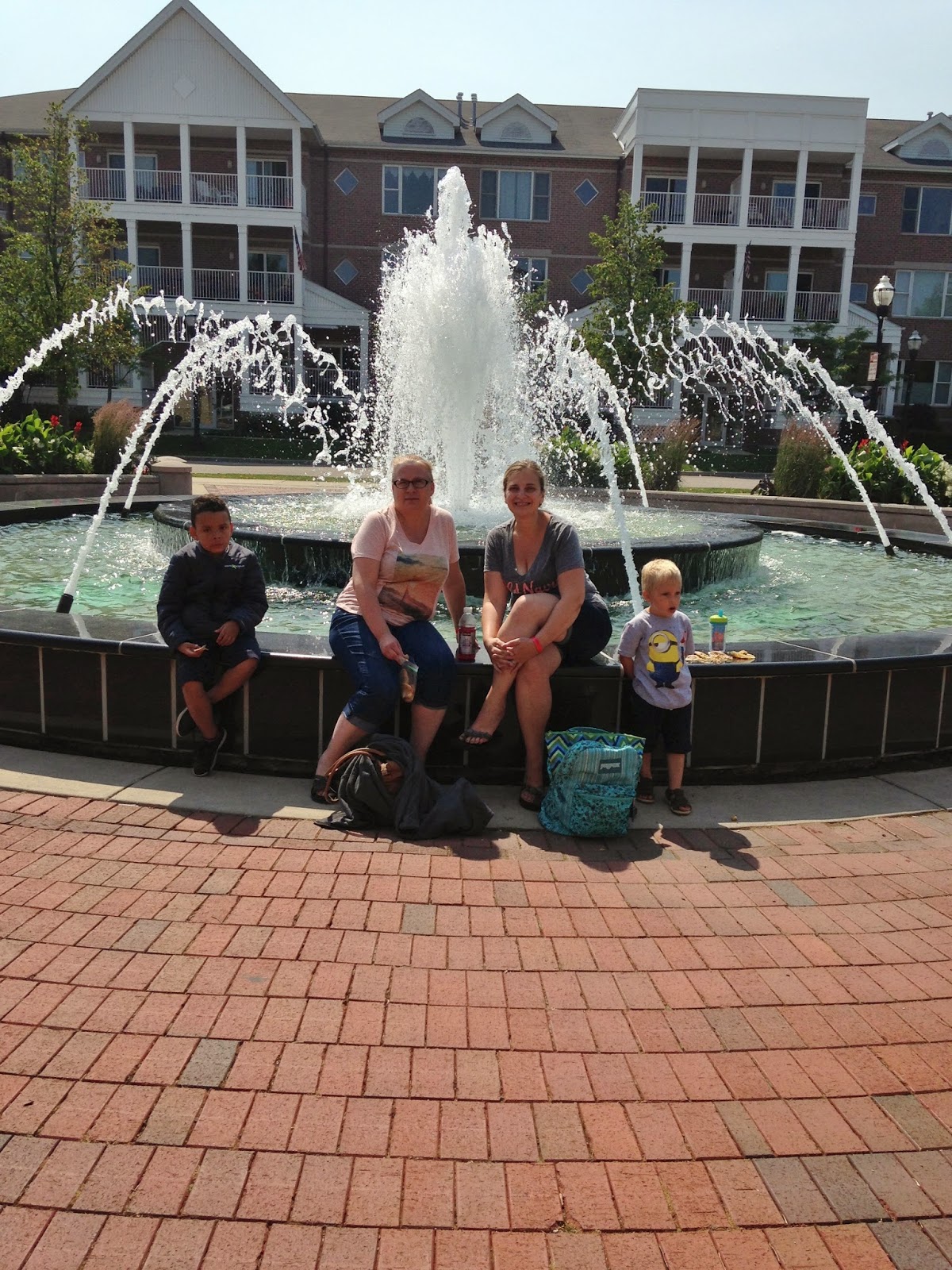