A Dinosaur Museum in Kenosha

For our last day in Wisconsin, we decided to see the free museums in Kenosha. We heard about a dinosaur museum and a public museum in one of the travel brochures, and since you can't beat the price of free, we decided to give them a try. The Dinosaur Discovery Museum was our first stop in Kenosha.


I was thinking that the kids would absolutely love seeing dinosaur bones. Well, Nick and Aidan enjoyed checking them out. This was a very small museum, with basically one big room full of dinosaur bones, but the one room was pretty cool. 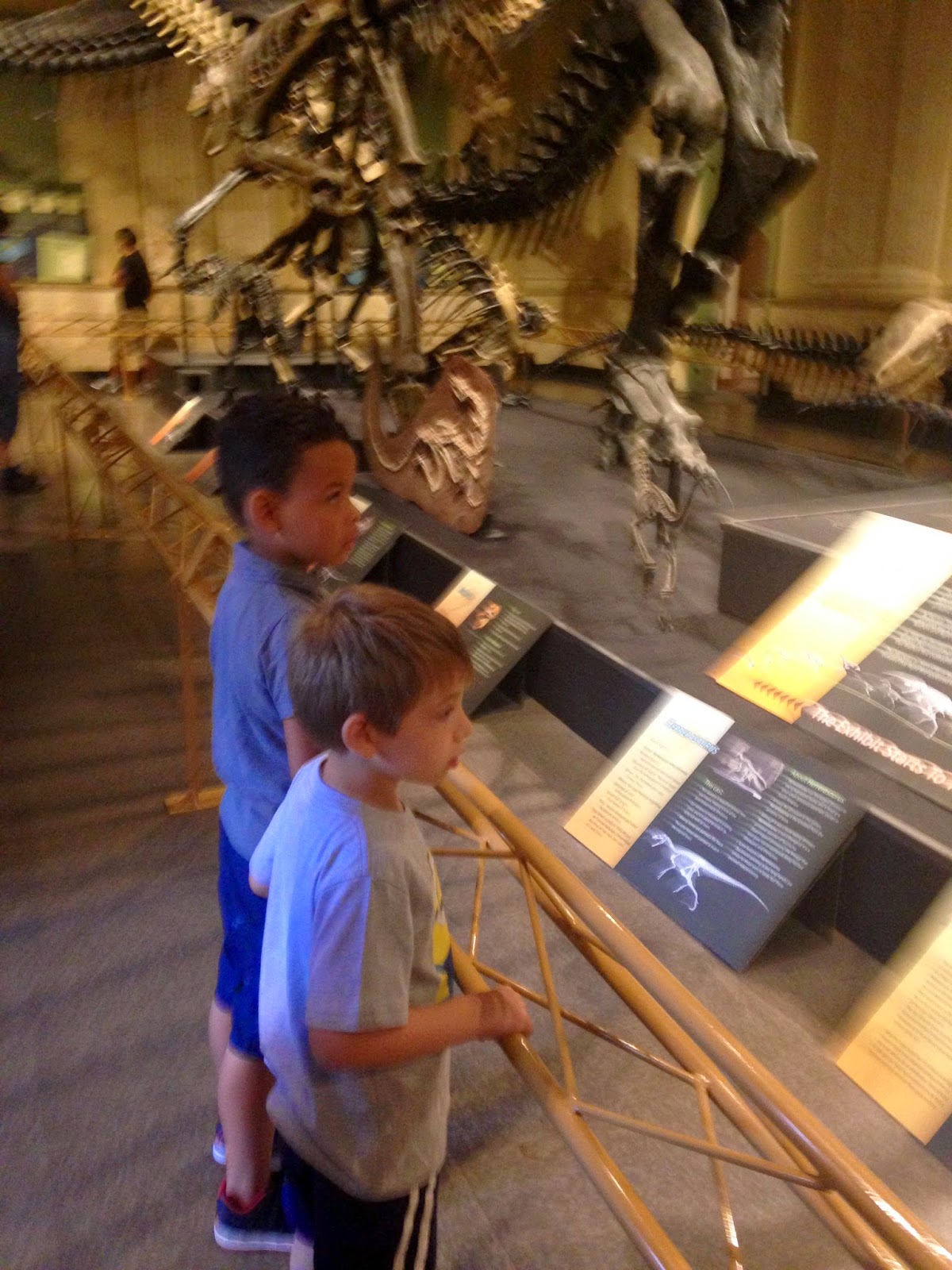 Henry was a little less enthusiastic. Looking around a little bit, he was at first unsure and then, after looking up, terrified. He attached himself to my leg for the duration. 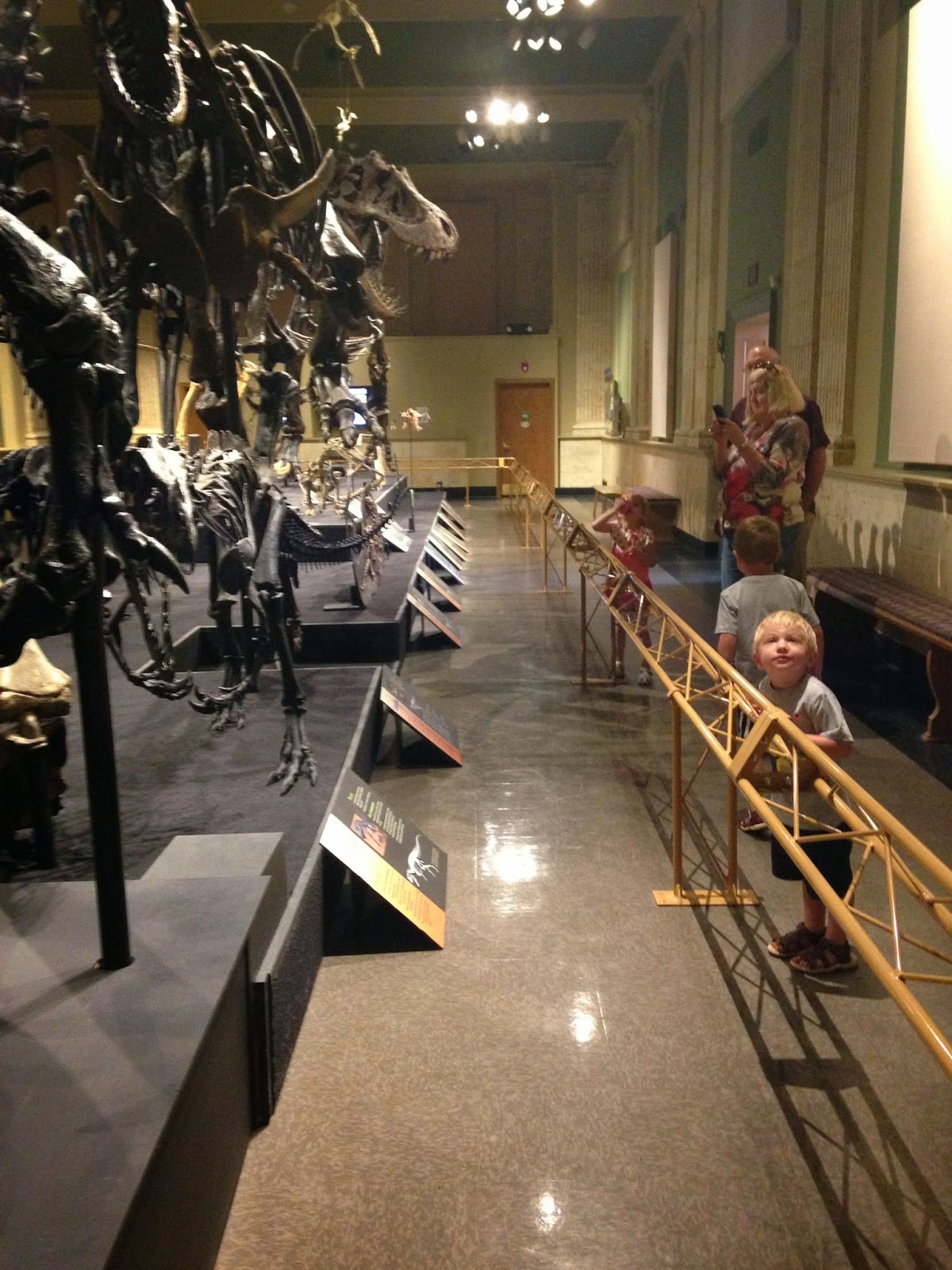 I actually would've stayed longer had Henry not been so petrified. This museum had great information about different kinds of dinosaurs, and some cool evidence of the link between dinosaurs and birds. All Henry could see were the scary bones, though. 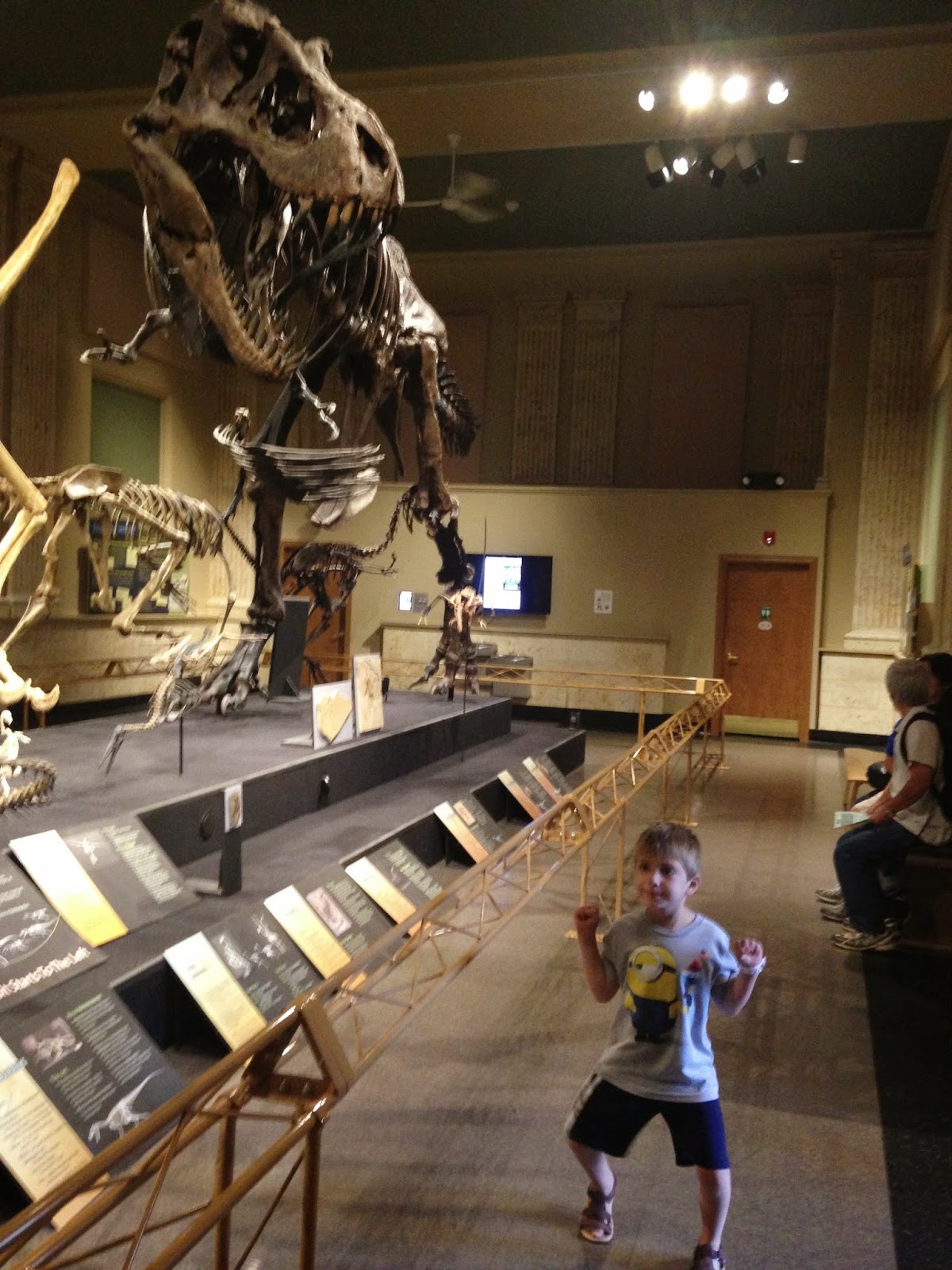 Nicholas had no such dinosaur fears, even if it did look like this big guy was going to eat him. I think Nick would've been in some danger had he lived during times when wild animals ate little boys. Since he never sits still and is never quiet, he'd be easy to catch and eat. Good thing these dinosaurs are just fossils! 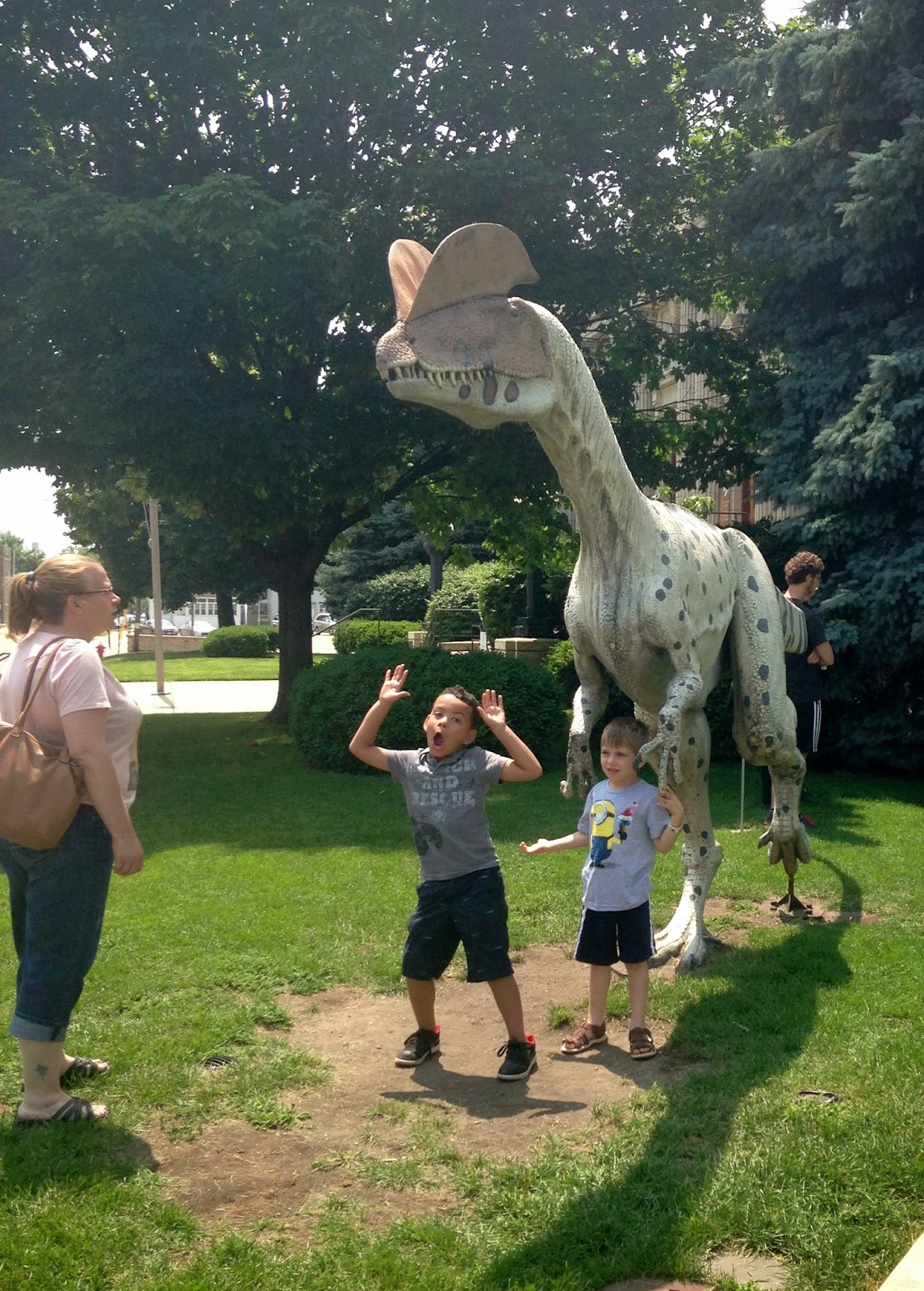