Happy Mother's Day everyone! Each year, I've tried to make projects for Mother's Day that somehow ask my kids to be creative. One year, Nick painted plant stakes, and last year the boys made garden stones for each of the four grandmothers (and one great-grandmother). This year, we tried something different. 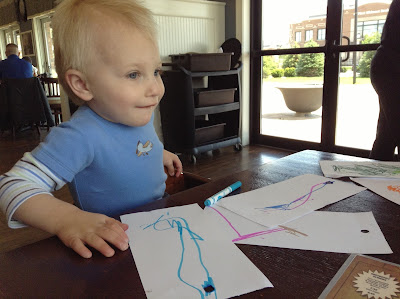 I found this idea on Pinterest, and decided to try it with the boys. They both love to color, and I know that tiles are pretty cheap, so I figured it would be a great idea. I wanted to add photos along with the boys' artwork, for an extra touch. My problem was that I didn't decide to start this project until around, oh, 9 a.m. Saturday morning. 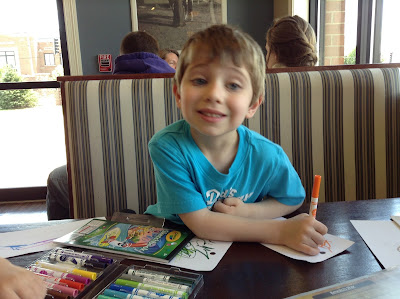 On Saturdays, my husband works a full day, and I have the boys all to myself. We always have a little date-for-three, and yesterday our date involved multiple trips. First, we had to go to Menard's to get the tiles. They were a steal at $0.12 each, but none of the other supplies were available there, so we also had to make a trip to Walmart to get Mod Podge, ribbon, scrapbook paper, tacky glue, felt hearts, paintbrushes, and art supplies. I decided to take the boys out for lunch in order to complete the drawing part of this project. In retrospect, crayons would've bled into the paper less, but I chose markers because the boys like them better. 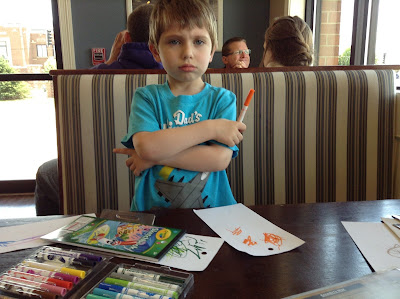 Another big challenge was getting the boys to draw on command. Though I did get enough pictures, Nick pouted when I asked him to draw small pictures. Henry spent much of his time flinging markers and crumbling up his papers. Some of the pictures couldn't be used because Henry spilled syrup on them. 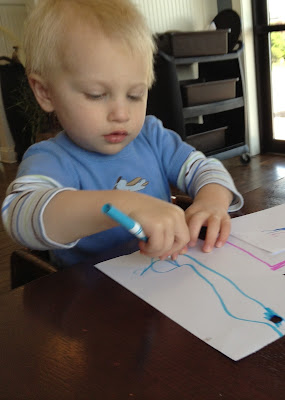 While the boys were down for naptime, I cut and glued the scrapbook paper and Mod Podged it down. Then I found pictures of the boys and cut out the pictures the boys had drawn. This is the part that took hours and covered our entire kitchen table. I added layer upon layer of Mod Podge. 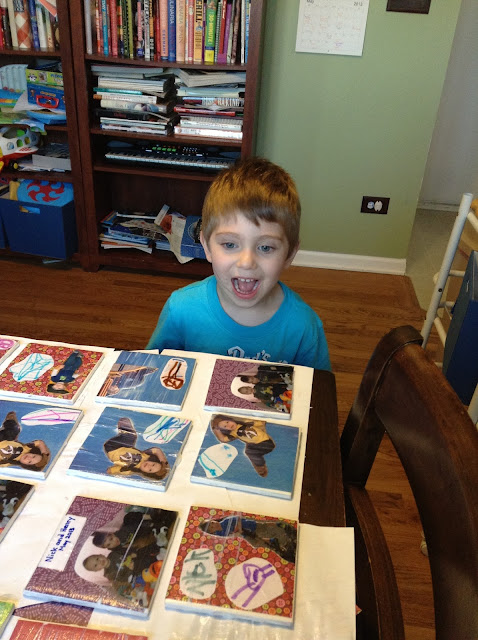 Around 11 p.m., I was finally ready to cover the finished coasters with acrylic spray. Then, early this morning, we added foam heart stickers to the back. 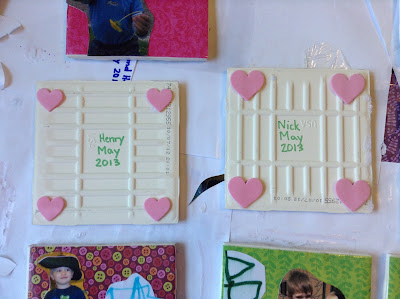 The last step, tying on the ribbon, took an hour longer than Pinterest suggested, though I have to admit I'm not very good at tying neat knots. 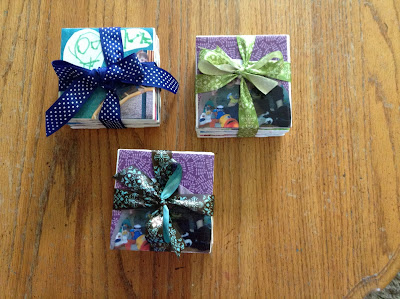 I also made mother's day cards on the computer. Here's how some of them turned out. 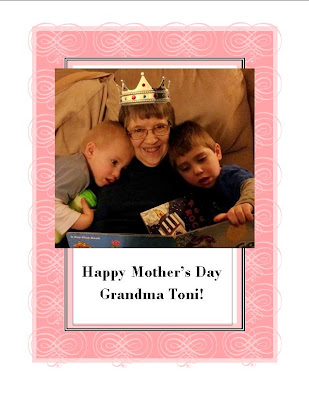 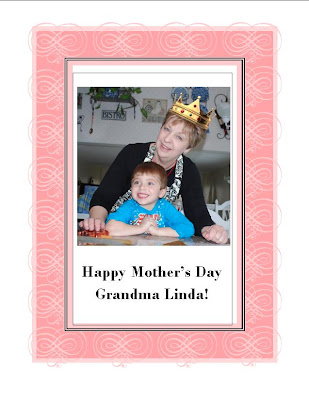 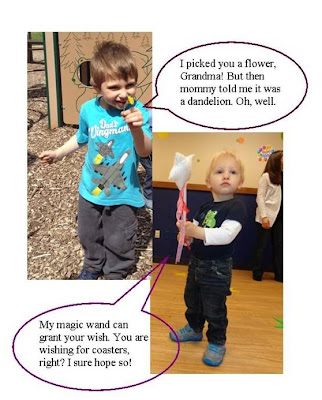 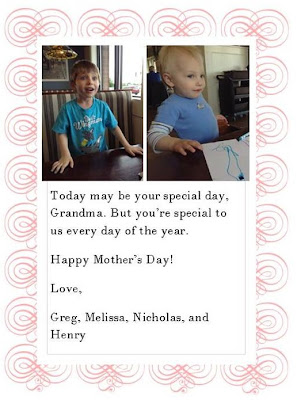 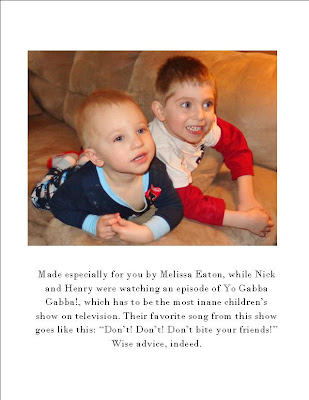