Last night, in the spirit of Halloween, Greg helped the boys carve their pumpkins into jack-o-lanterns. 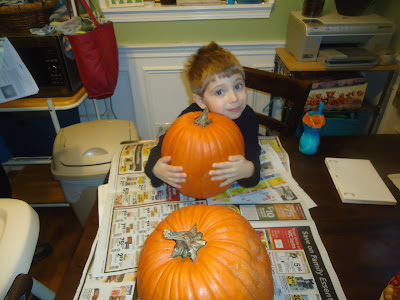 This was a hilarious and yet extremely messy experience. 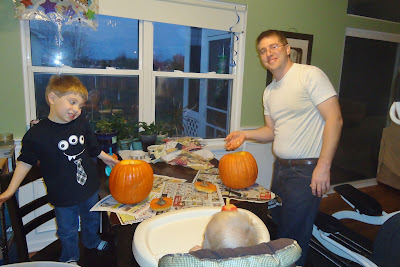 Henry kept trying to hug the pumpkin. He is an affectionate child, but really? Pumpkins aren't that cuddly. 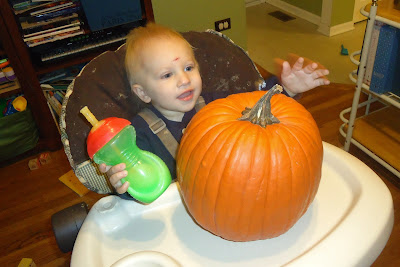 Nick tried to draw a face on his pumpkin, and instead drew with the dry erase marker on his face. 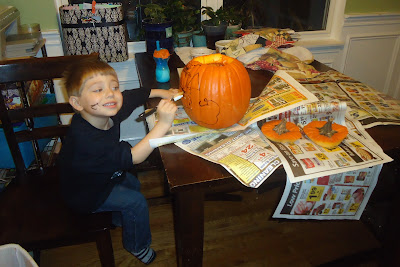 Henry decided that the pumpkin tops made a perfect hat. 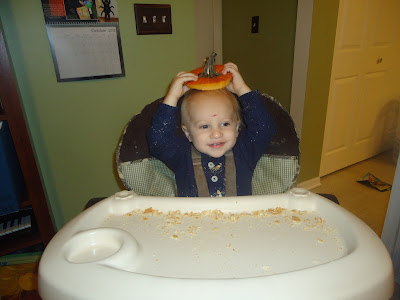 I think the guys did a superb job of carving, considering Nick had never done this before and Greg and I hadn't carved pumpkins in years! They took the task very seriously. 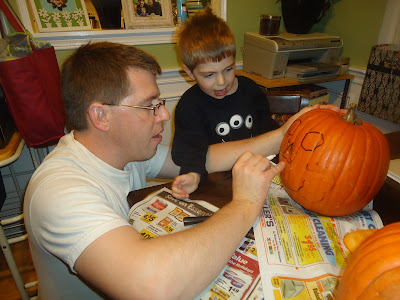 Nick got really excited when we added candles and put the pumpkins on the porch to glow. He kept peeking out the window looking for them. 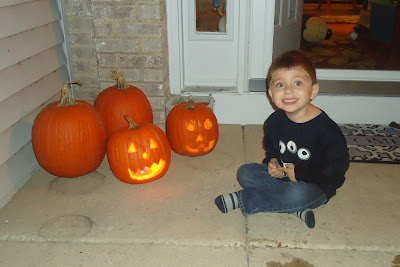