So have I told you my peonies are blooming? When I saw the first one start to flower, it freaked me out just a bit. For months, I've been watching the peonies grow up from the dirt, knowing that once they bloomed, this baby was not far behind. 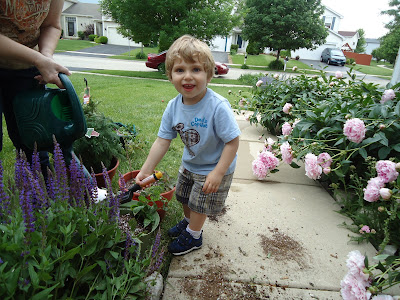 Um, well, they've bloomed. We never did get around to tying them up, but they're still pretty. See Nick helping me repot plants? Well, mostly he dumped dirt on the sidewalk and tried to steal my scissors. 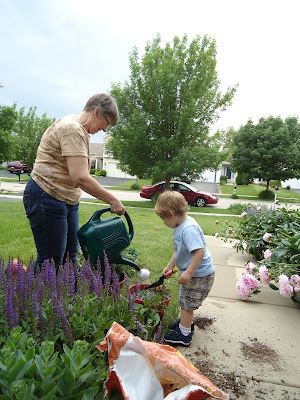 That brings me to the nesting instinct. This is the urge that pregnant women get to stock up, organize, and get the home ready for the baby. I read somewhere that when the nesting instinct kicks in, a baby is not far behind. For me, that means I only have a few days left. This baby is being born on Thursday, and I'd better be ready. When Nick was born, I was only 37 weeks and I never had the full-fledged urge to organize. Frankly, this urge has got to be biological, because I am normally the least organized person on the planet. But in the last week or so, we've been cleaning and organizing like mad. Starting with my plants. . . 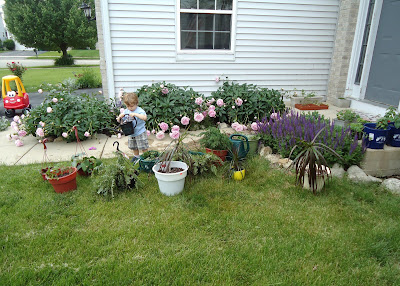 As I've mentioned before, my classroom is a jungle--I believe I had something like 30 plants there this year. ﻿Previously, I've just left them in my classroom over the summer and gone in to water them every week or so. There's a very nice janitor who checks on them for me and waters them if they need it, in between visits. However, the roof on my school is being replaced, and I won't be able to get into the building, so all of the plants have to go. Some of them were root-bound pretty badly, so Nick and Grandma Toni and I spend a few hours on Thursday splitting and repotting them. We'll see if they survive. 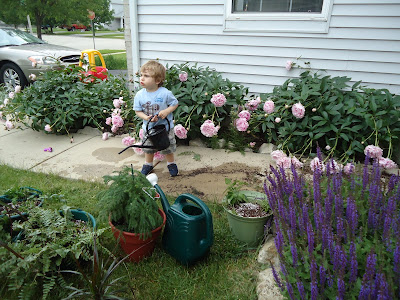 We got a lot accomplished this week, thanks to that nesting instinct. Greg did a lot of the heavy work--he cleaned out the screened-in porch, installed the car seats, set up my plant stand, found the vibrating bouncy seat, and located/cleaned all of the baby bottles. That's just what he did downstairs! 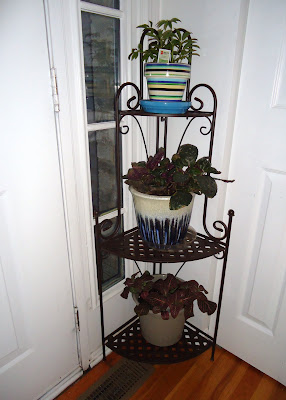 This may well be the first (and the last) time you ever hear of me voluntarily cleaning out the kitchen cabinets, but I did it. Blame it on the nesting. I started with the one where the baby and toddler stuff is kept. 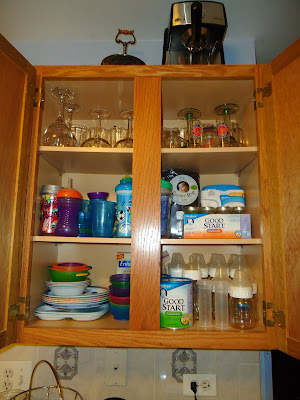 I put all of Nick's stuff on the left, and the new baby's stuff on the right. The top shelf is for wine, beer, and booze-related items--Greg can darned well reach to the top shelf for those. Notice how I have several kinds of formula stocked. I'm rather proud of my strategy. A couple months ago, when I started going for regular NSTs (non-stress tests) at the OB's office, I grabbed a baby formula sample. The nurse saw me and said, "You know, you can take one of those any time you come in. They bring us more all the time." So I did. I've been grabbing a formula sample during each of my bi or tri-weekly doctor's appointments, and stockpiling them. I have tons more under the counter, too. Several times, I asked the nurses which formula they thought was best. "Take one of each kind," they said. "Then you can decide for yourself." I didn't turn them down.  :)  By the way, I'm going to try to breastfeed again, but I had a breast reduction back in '96, so I will definitely have to supplement with formula. 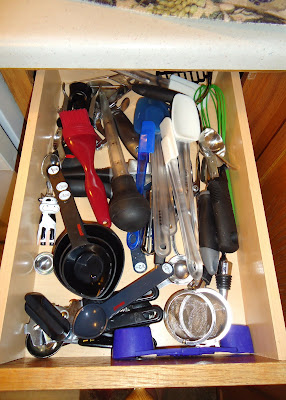 Then I moved on to my drawers. I wish I'd taken a before picture. This drawer (above) had to be slammed shut each time because there was so much junk in it. I pulled out the whole drawer, washed it, and reorganized everything inside. It is very nice to know where all of my measuring spoons are at the same time. For weeks, I've been doing funny things like measuring 1 1/2 tsp. with a 1/4 tsp. measuring spoon, six times. . . because, you see, I could only find that one spoon. 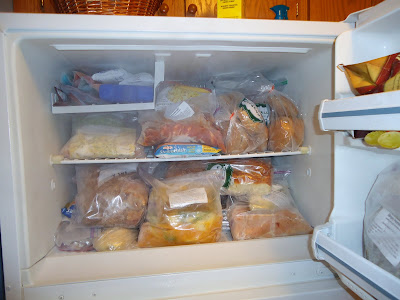 Onward to the freezer. Greg and I had our cleaning lady come out and scrub the house top to bottom. She cleaned the fridge, pantry, and freezer so that I could stock ﻿up. . . and stock up I did! I go to a place called Simply Homemade in Naperville, where I made 17 of my own meals. They filled the freezer, but at least we won't starve in the next few weeks. The brilliant part of this place is that I actually assembled every meal myself, so they'll be home cooked when we make them. 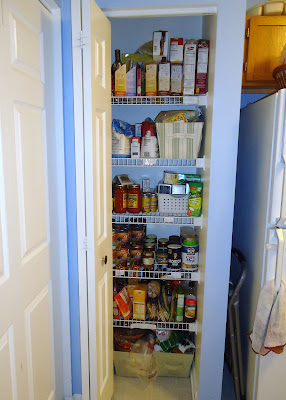 My pantry will only look like this for about a week. I still have more pantry stocking to do, but I'm pretty sure we're good for food. I even made cookies. Okay, those have nothing to do with nesting. I just like cookies. 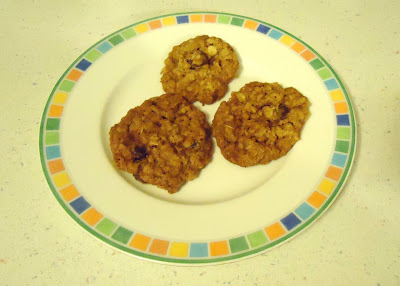