I know it probably sounds overly ambitious, but after bringing Henry home from the hospital Sunday afternoon, we decided to take a walk around the neighborhood. It was a lovely day, and we wanted both boys to get some fresh air. 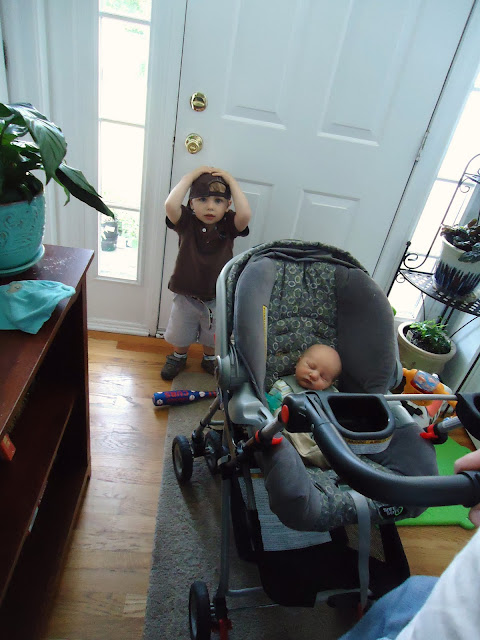 I'm still recovering from my c-section on Thursday, but I've had a number of surgeries, and one thing I know for sure is that the more you move around and get light exercise, the sooner you recover. I get stiff and very sore if I sit around too much after surgery. Greg is home from work this week, but next week I'll be alone with both boys, so I figure I had better recover pretty quickly. My plan is to go for a walk everyday, and walk a little farther each time, so that I get my energy back. 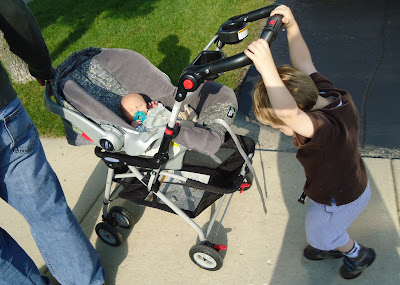 Nick is really trying to be a good big brother, and he wanted to push the stroller, so we let him. He seems to like Henry and be interested in him, but he quickly becomes frustrated when any situation or conversation is not about him. I think that's pretty typical of two-year-olds; they tend to be self-centered anyway, and Nick thinks the world revolves around him. (You mean it doesn't?) 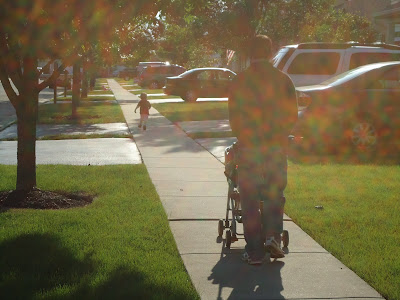 Nick has so much energy, and he tends to run ahead when we go for walks. Thank goodness he's been trained to stay on the sidewalk, and Greg keeps a very close eye on him. I still think I'm going to use a tether (baby leash) when I go for walks by myself with both kids. Nick is not obedient enough to stay right by me, and I'm not fast enough to chase him down. 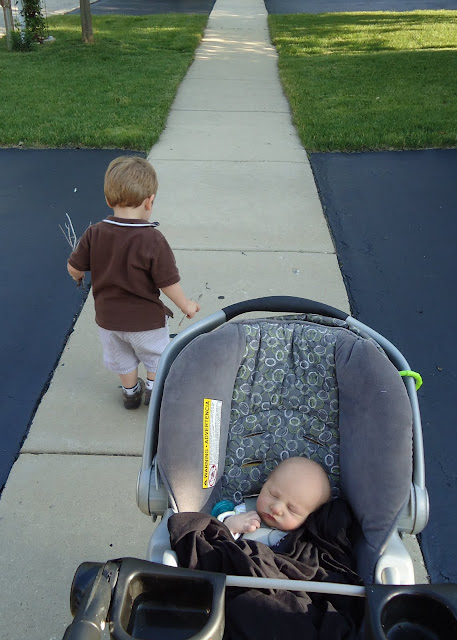 We don't have that problem with Henry, at least not yet. He looked around a lot, then settled down for a nap. I think the motion of the stroller soothed him. It's a little to think that in two years, Henry will be running around picking up sticks, just like his big brother does. I'll have to make sure to enjoy his snuggly babyhood as much as possible. 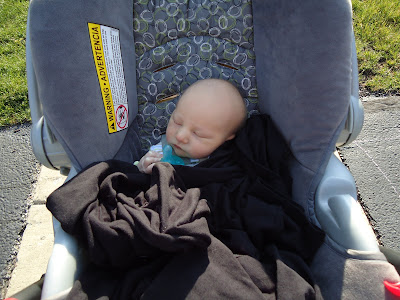 We walked for about a half-hour yesterday, then a little longer today. I'd guess we did at least a half-mile, if not more. It felt good to be out of the house, getting a little bit of fresh air and exercise. I'm in training, you see--in training for chasing a two-year-old while carrying a newborn. Now that is an aerobic workout.   : ) 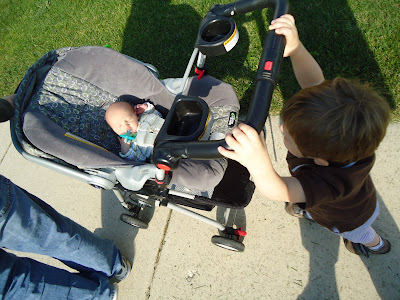