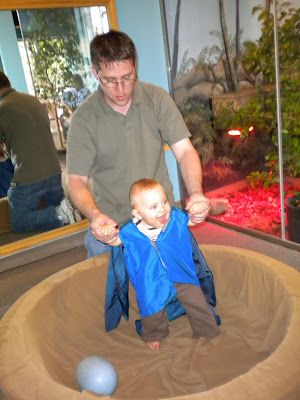 Last Sunday we took Nick to Brookfield Zoo. It's the third time he's been, and he does seem to like it. Especially the Children's Play Zoo, which is designed for the little ones and is extremely interactive.

In this picture you can see Nick pretending to be a bird and hanging out in a nest with an egg. Thankfully, he didn't mind the costume, and he rather seemed to like hanging out in the nests. There's a turtle over in the enclosure to the right, and he watched that little guy poke his head in and out of his shell.
I don't remember there being baby exhibits at the zoo when I was a kid. I think this is pretty awesome, and I know Nick liked it. Next year he'll most likely love to see the animals, but for this year he really like the parts where he could crawl around and explore. It's the age he is at. 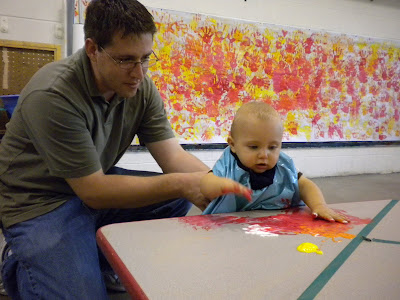 Nick got to fingerpaint in the art area. Not sure what it had to do with animals, but he got a kick out of the messy paint. Greg is an artist, so perhaps a little of that is rubbing off on Nick. He seemed to like squishing the paint around in his fingers, anyway. It was worth the mess. :)

I'll show the rest of my zoo pictures in this post. I think they speak for themselves. 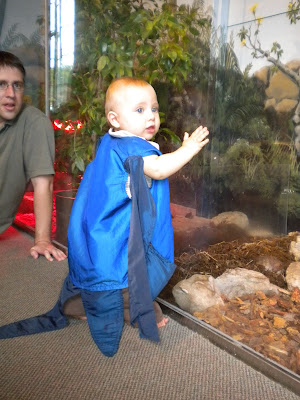 I have to say that last weekend was absolutely exhausting. I had a great time with my friend and her kids, but it was kind of like not having a weekend at all. We were running around from Saturday morning until Sunday evening with no break. 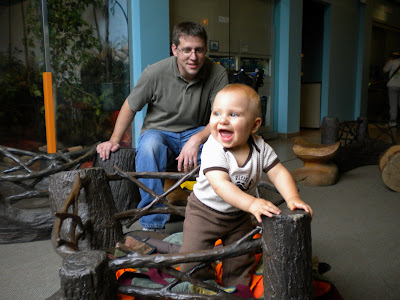 This weekend has been more low-key, thank goodness. I had two of my friends from work come over and we worked on our presentation for parent night. I am incredibly lucky to work with some great gals, and even though we spent all day brainstorming and writing a powerpoint, it didn't feel like work.
Nick crawled around and enjoyed the company during much of the time, and my friends took turns holding him and playing with him while we worked.
We did manage to eat a bunch of yummy, naughty food and finish up a pot of coffee and then a bottle of wine while we worked. (I didn't even know they made blueberry wine. They do, and I shall be hunting for some to buy now.) Plus, I know I'll go to work Monday feeling like I accomplished a lot. 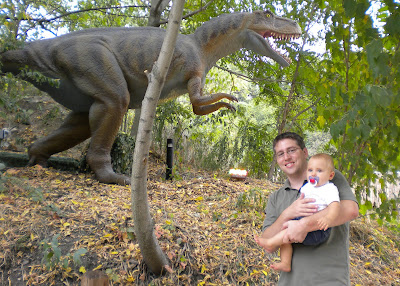 I guess some people would be bothered by the work that I have to do at home. Sometimes I feel that way, but honestly I usually feel pretty lucky to do what I do. During the school day I generally enjoy my job, hectic though it may be. The work I do at home is usually stimulating and interesting, and it allows me to use my strengths. Plus, I feel good knowing that I'm making a difference for my kids.
This year I'm working on response journals with my 2nd graders. That means they write me a letter each day, and then I respond back to them with a letter of my own. I have to make sure my letter is written at their independent reading level, and that I monitor the student writing so that they're working on one goal at a time.
For example, one student is working on putting spaces between words, so I might point out where she did it correctly and talk about using a "finger space" between words. But the most interesting part of response journals is the relationships they build with the students. I've done them before, and they really give you insight into a child's world. I get to learn about their families, their hopes, their dreams, and their wants (usually video game related, unfortunately). They also ask about me, and it's nice when a kid is generally interested in how my son is doing, or where I went to eat over the weekend. We compare rides that we like at amusement parks, and stories that we love. Response journals are a lot of work, but I think they're working for my students, and I enjoy them. Even if I have six letters to write every night.
Posted by Melissa E. at 8:48 PM