The Search for Halloween Costumes, Part I

Ever since the first Halloween stores started popping up, Nick has been asking me to take him and Henry to look at costumes. Last week we spent a good half hour in one store trying on costumes, though I wouldn't let them decide yet. 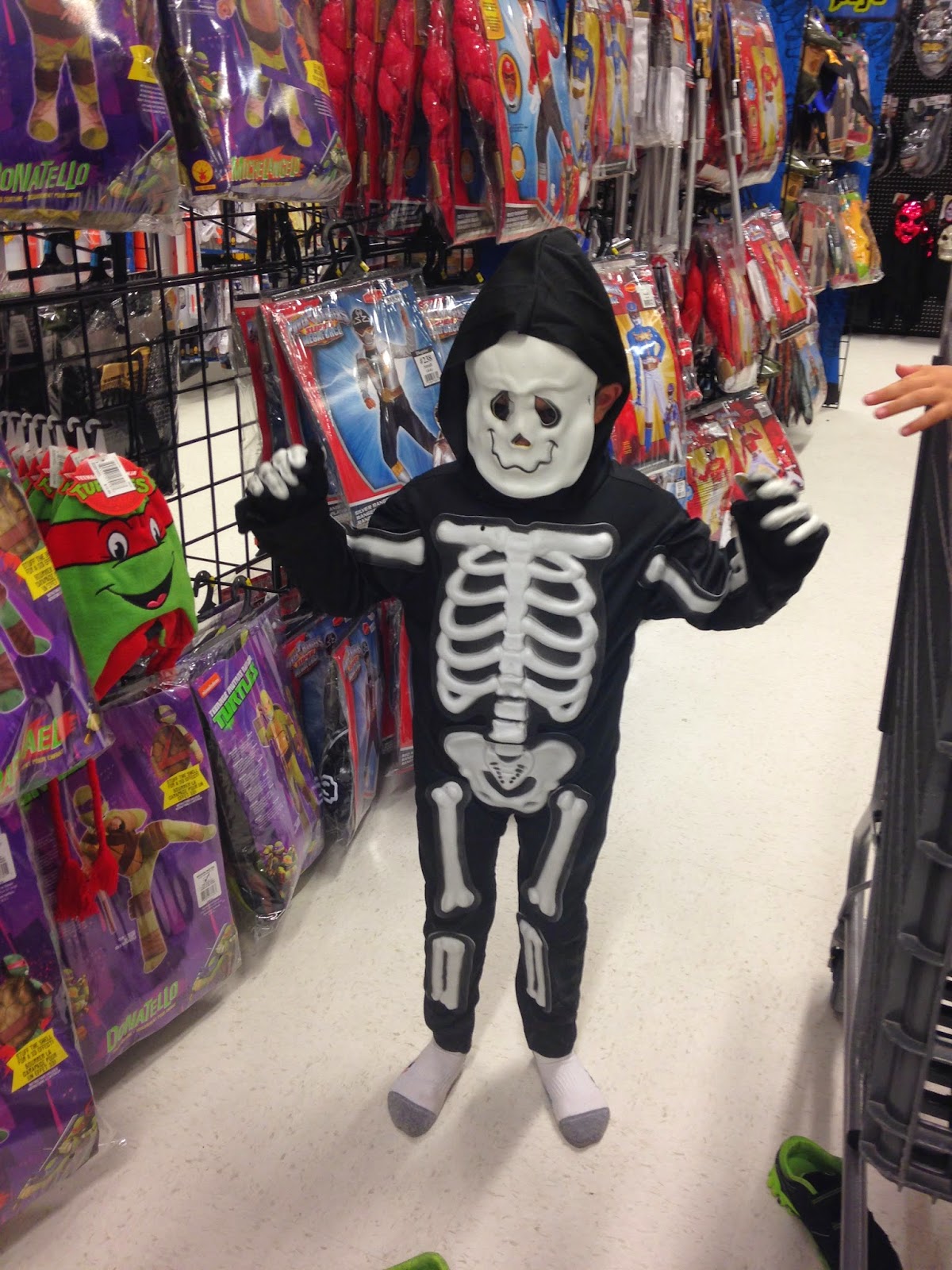 Nick liked this skeleton costume, but I thought it was a little bit scary for a Kindergarten student. Henry wanted to be Darth Vader (of course), but I told him we did a Star Wars theme last year and we needed to move on.

So Henry tried on a lot of costumes without committing to anything. He kept asking, "Does this once have a light saber?" Sigh. Henry has a one track mind. He did like this monster costume, mostly because of the fuzzy hat. 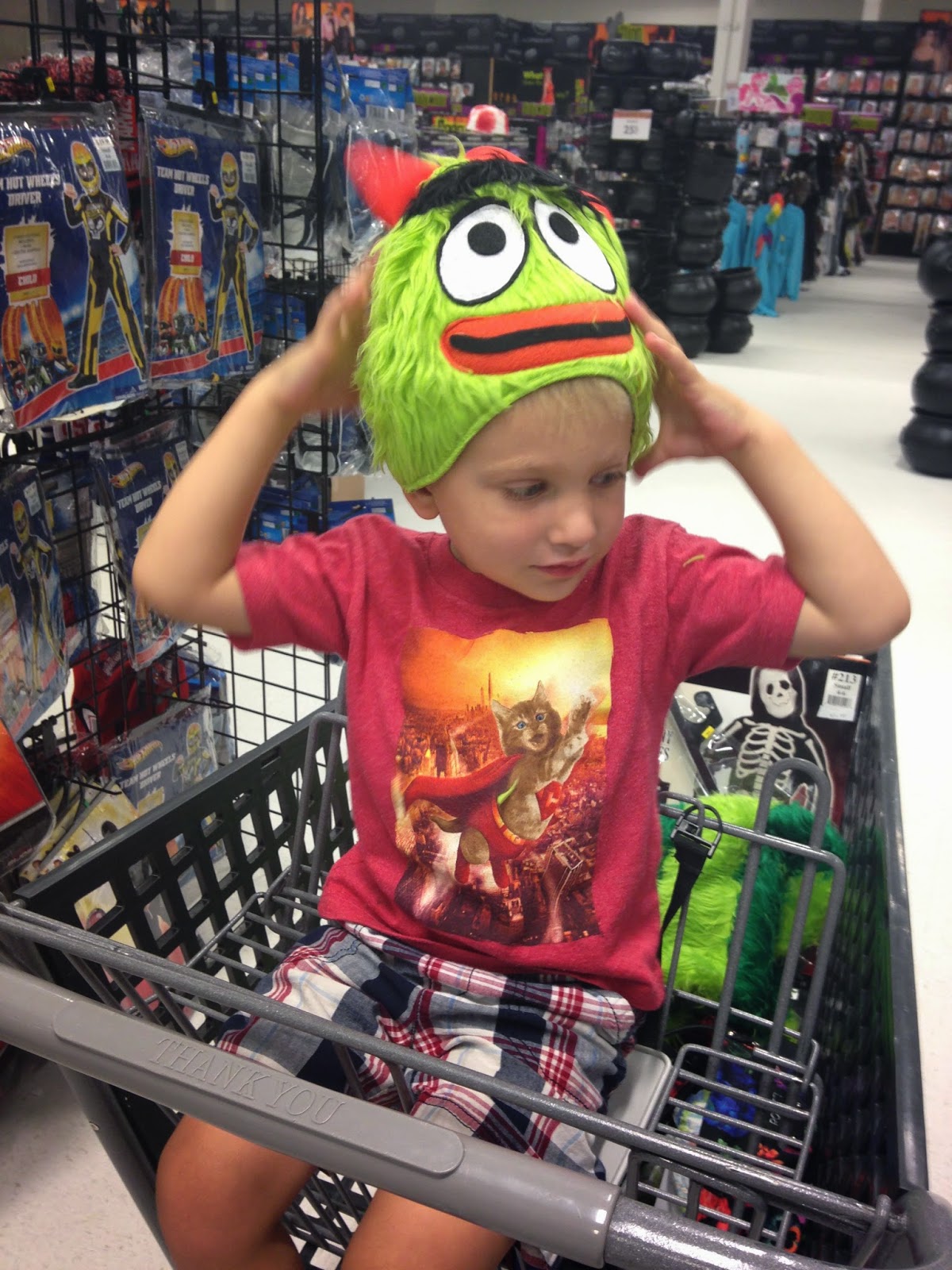 Both boys found plenty of costumes they liked, but they were either too scary (all of Nick's choices), or only Darth Vader costumes (that would be Henry). Last Friday, though, Nick came up with a cool idea all on his own. I'll write more about that tomorrow, but here's a teaser. . . 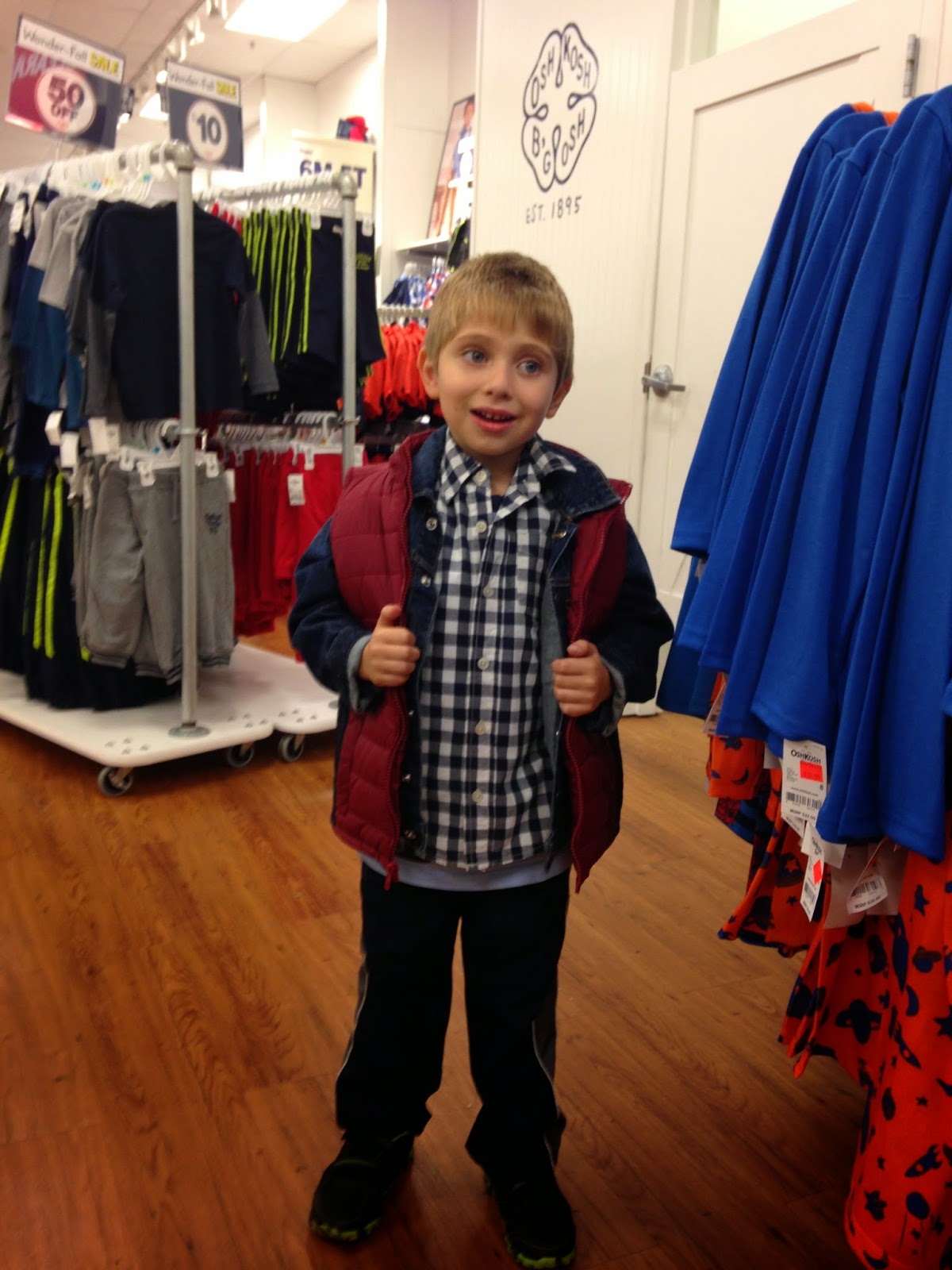 Who do you think he wants to be for Halloween this year?
Posted by Melissa E. at 9:28 PM