I'm going to flash back to our summer vacation in August, when we visited Circus World Museum, in Baraboo, Wisconsin. They have a Kids' Circus Show every day, where kids are the performers. Nick got picked to be an elephant performer in the show. 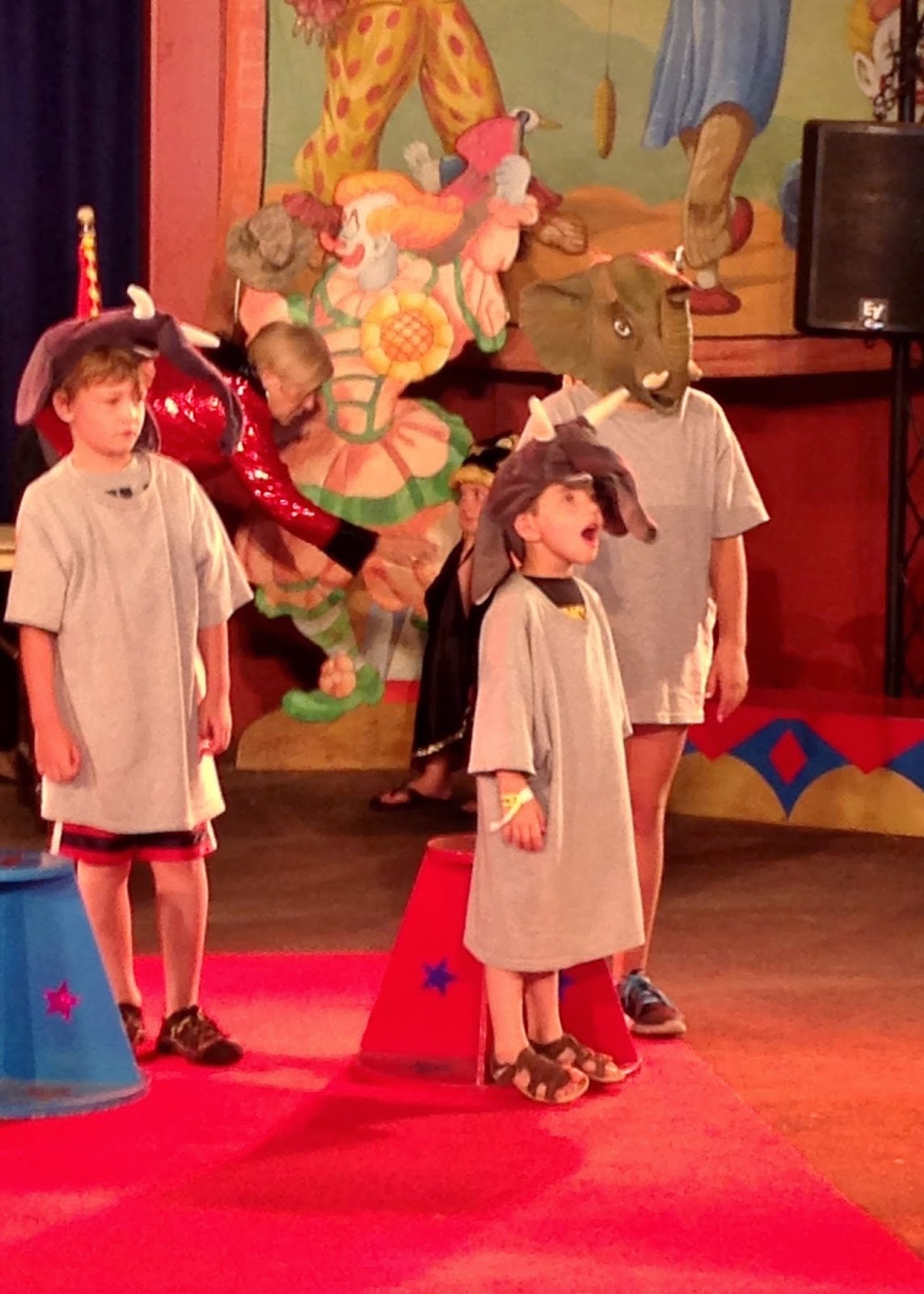 Henry was a little irked that he didn't get picked. 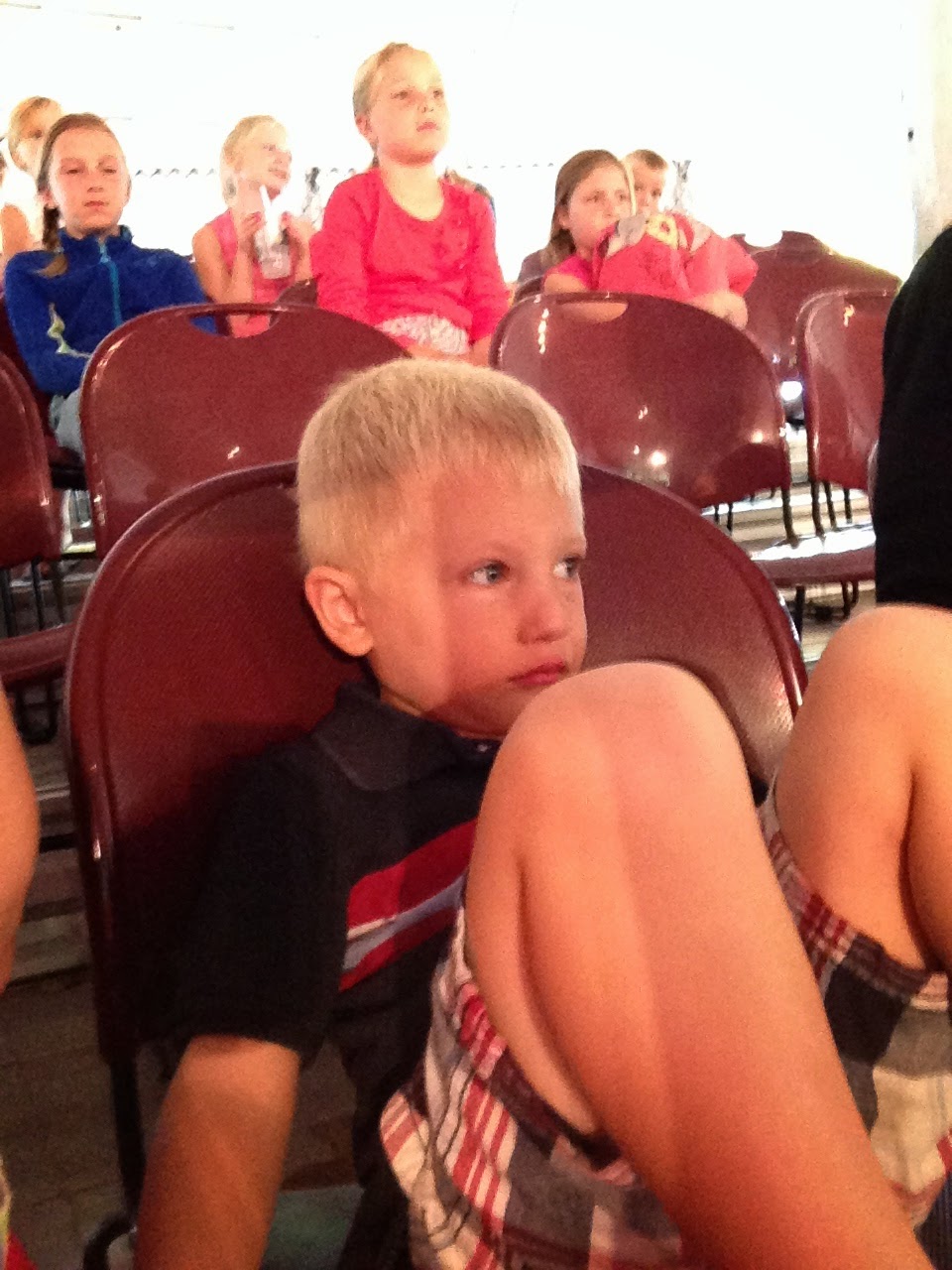 In fact, he later had to be escorted out of the show because he was so upset. Nick, as expected, performed well as an elephant; he likes being the center of attention.

Henry decided that if he couldn't be an elephant, at least he could ride one! 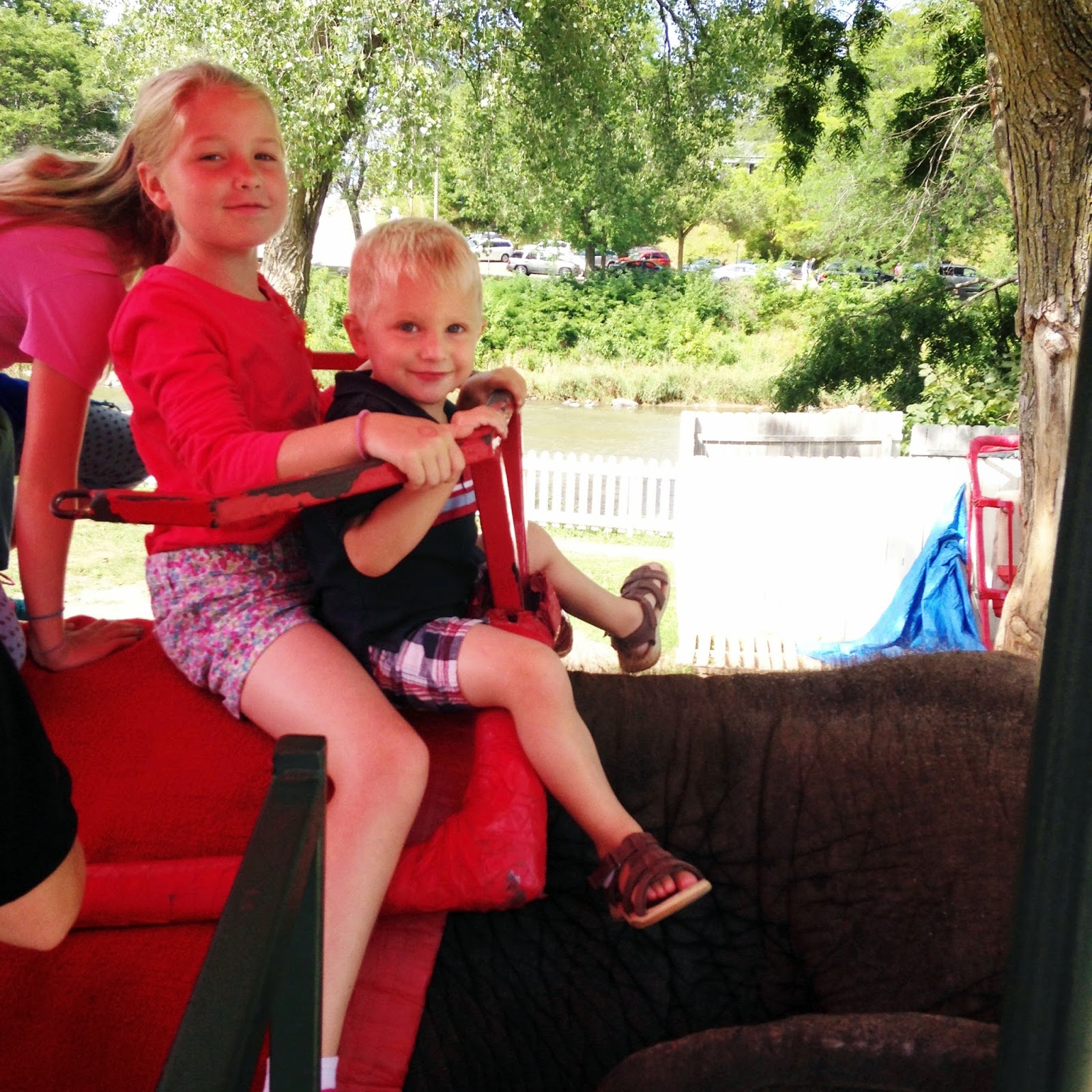 He was so small they let him ride up front, and he had this big grin on his face the whole time. 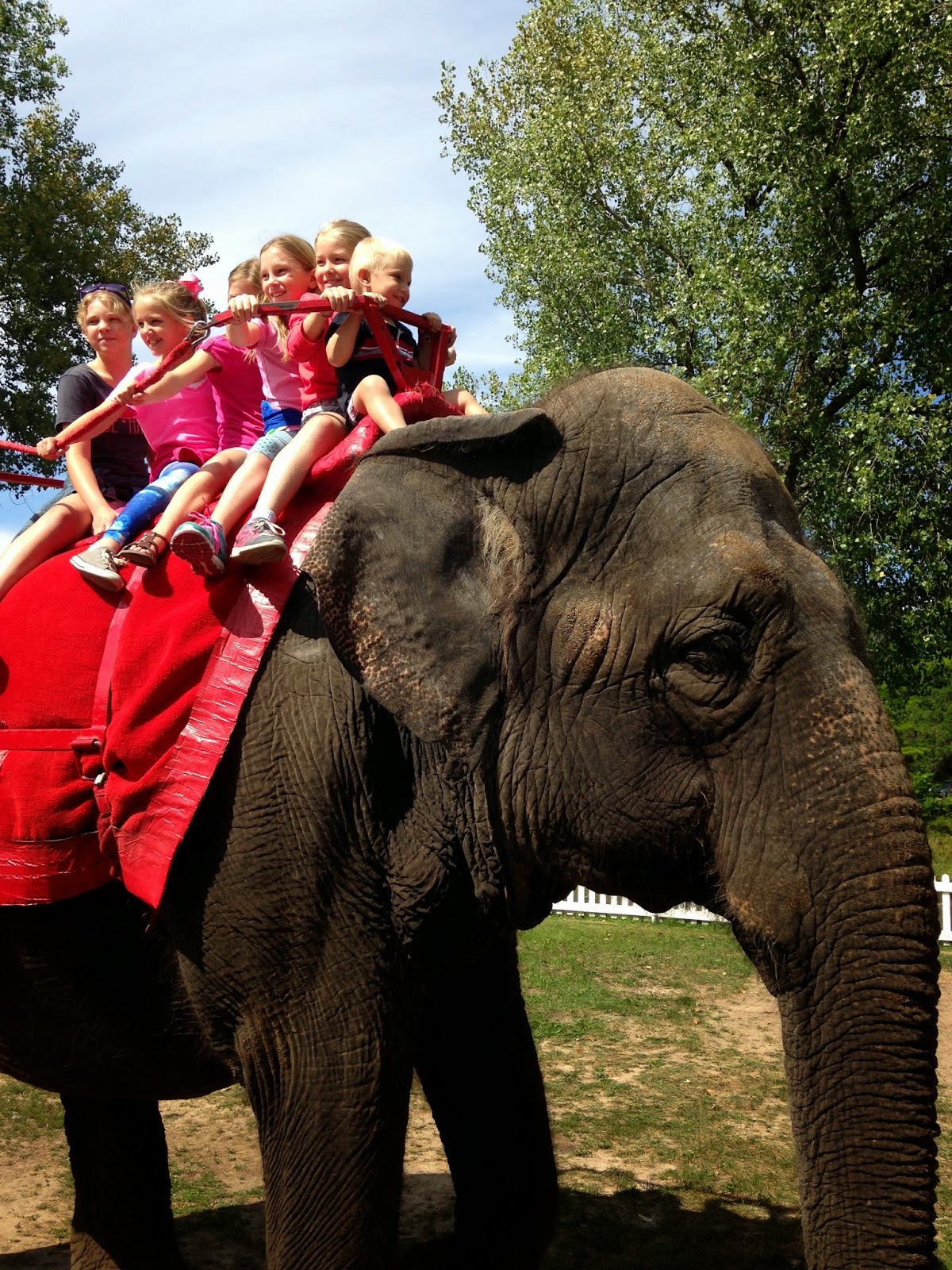 They only let the elephants give rides for a very short time, but we got there at the right time. Henry loved it!


This time, Nick was the jealous one. I have to give him credit, though. He didn't throw a tantrum at all. My boy is growing up. 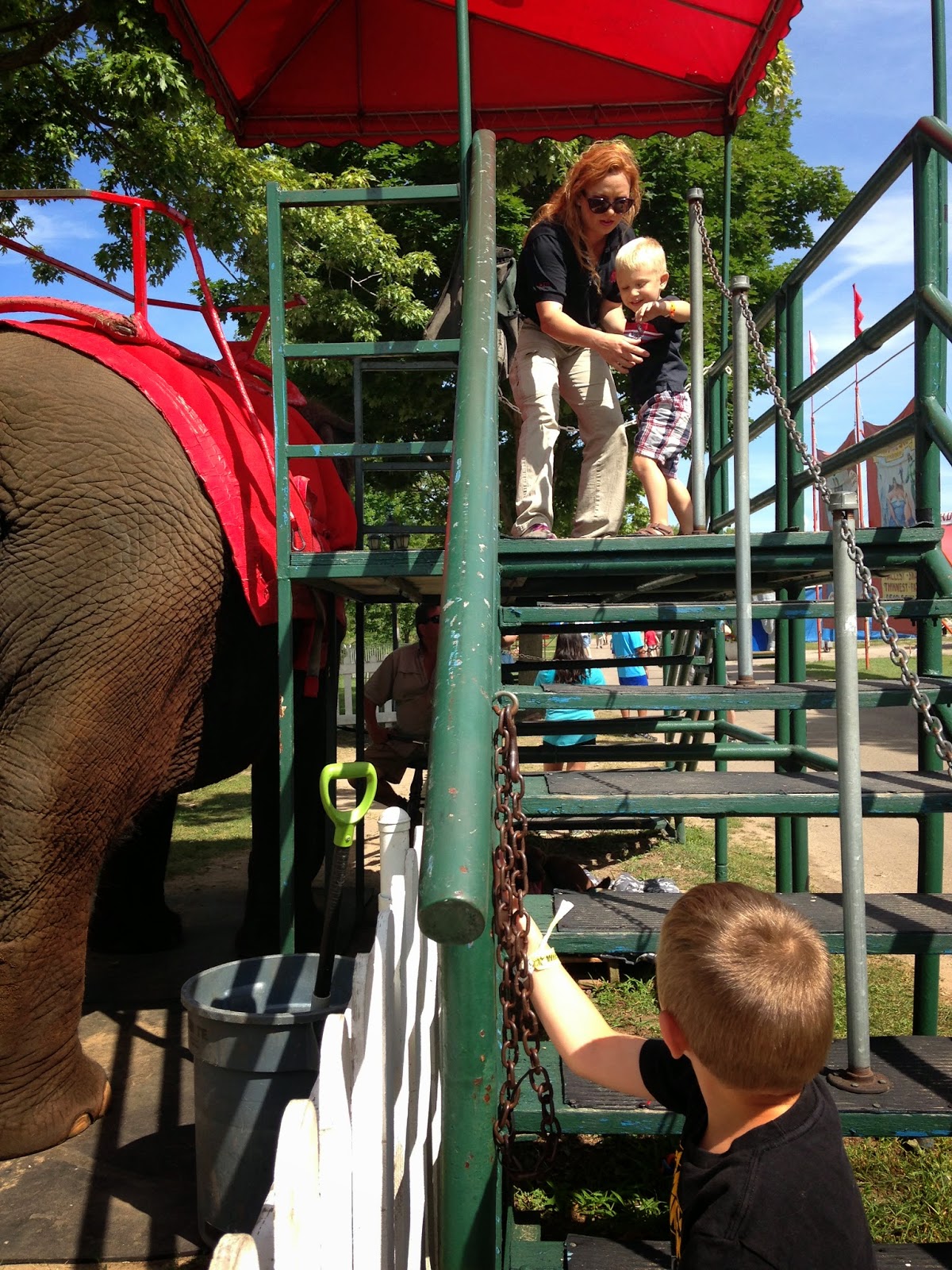