Yesterday was Nick's last day as a preschool student. He's been at this school for two years, and really enjoyed his classes at Bonnie McBeth.

The end of the year was celebrated with a special fun fair, and Henry, Grandma Toni, and I joined Nick for this event. Nick got to introduce us to a lot of his school friends, and he even included Henry in some of their play.


We spent a lot of time on the playground, but I couldn't get any pictures of Nick, since he never stood still. Henry discovered the monkey bars, though. These were just his size!

Nick loved his medal. He and his little friend ran pretend races across the playground and kept giving one another their medals, again and again. 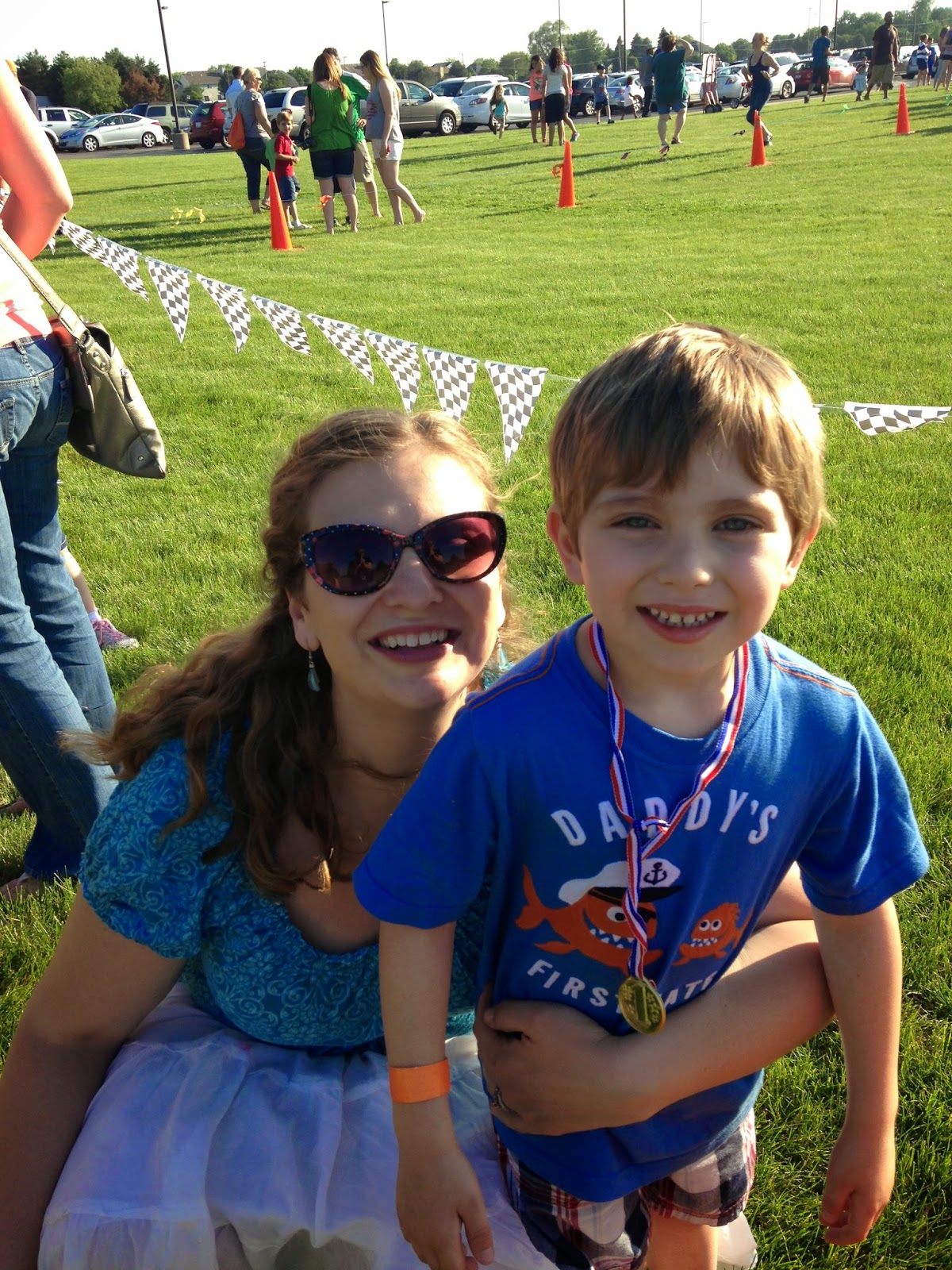 What a fun event! We had a great time, though it was a little bittersweet for Nick. We stopped to say goodbye to his teacher and he didn't quite understand that he'd never come back--at least not as a student. 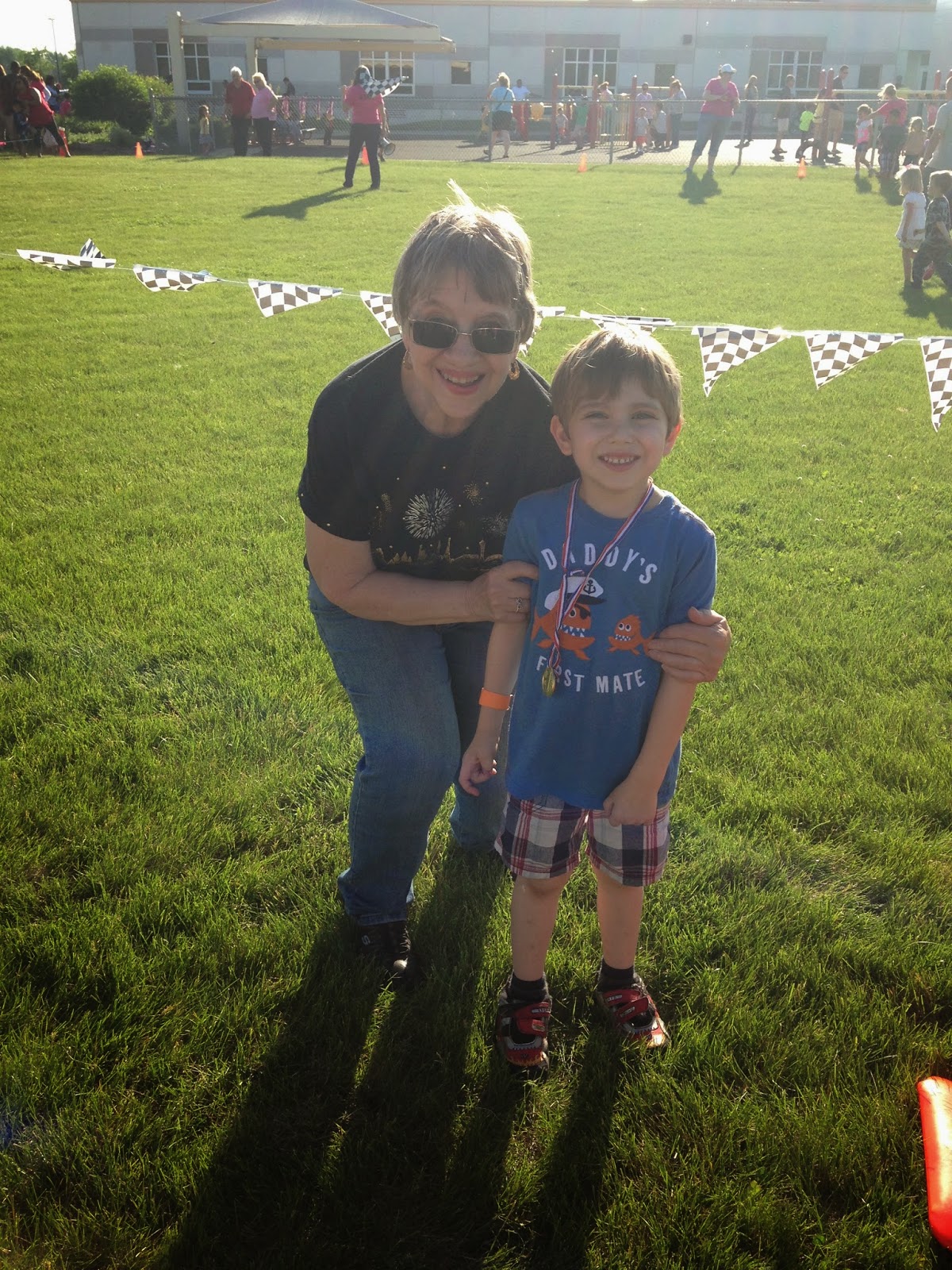