An Evening at the Hollywood Palms

I think this Friday was the first Friday night in at least two years that Greg hasn't had to work. We wanted to celebrate, and I thought all day about where we could go. Then, I had an idea: movie night, at Hollywood Palms. If you've never been, it's this really cool place with theatres decorated in different themes (Like, "Jaws" or "The Wizard of Oz." You can order food and the best popcorn there, too. Oh, and they sell drinks there, too, and not just those of the soda pop variety.

We went to see Rio 2 tonight. They loved the first movie, and were thrilled when Greg told them we were going to see a real movie in the theatre. Especially a movie theatre that had an elephant statue.


Greg and I figured having dinner and a movie simultaneously would be less stress, because when the boys get bored is usually when one of us ends up sitting outside with one of them so they don't disturb others.


Thankfully, we were right about the distractions. The cool chairs that spin and the Jaws-themed theatre fascinated Henry. There was even a real tropical aquarium near the door and a giant shark with an exit sign coming out of his mouth near the front of the theatre. Fish hang from the walls and balcony, so if the movie got boring, the kids had something to check out. Oh, and the rows of seats were pretty far apart, so there were no seats in front of us for the boys to kick. 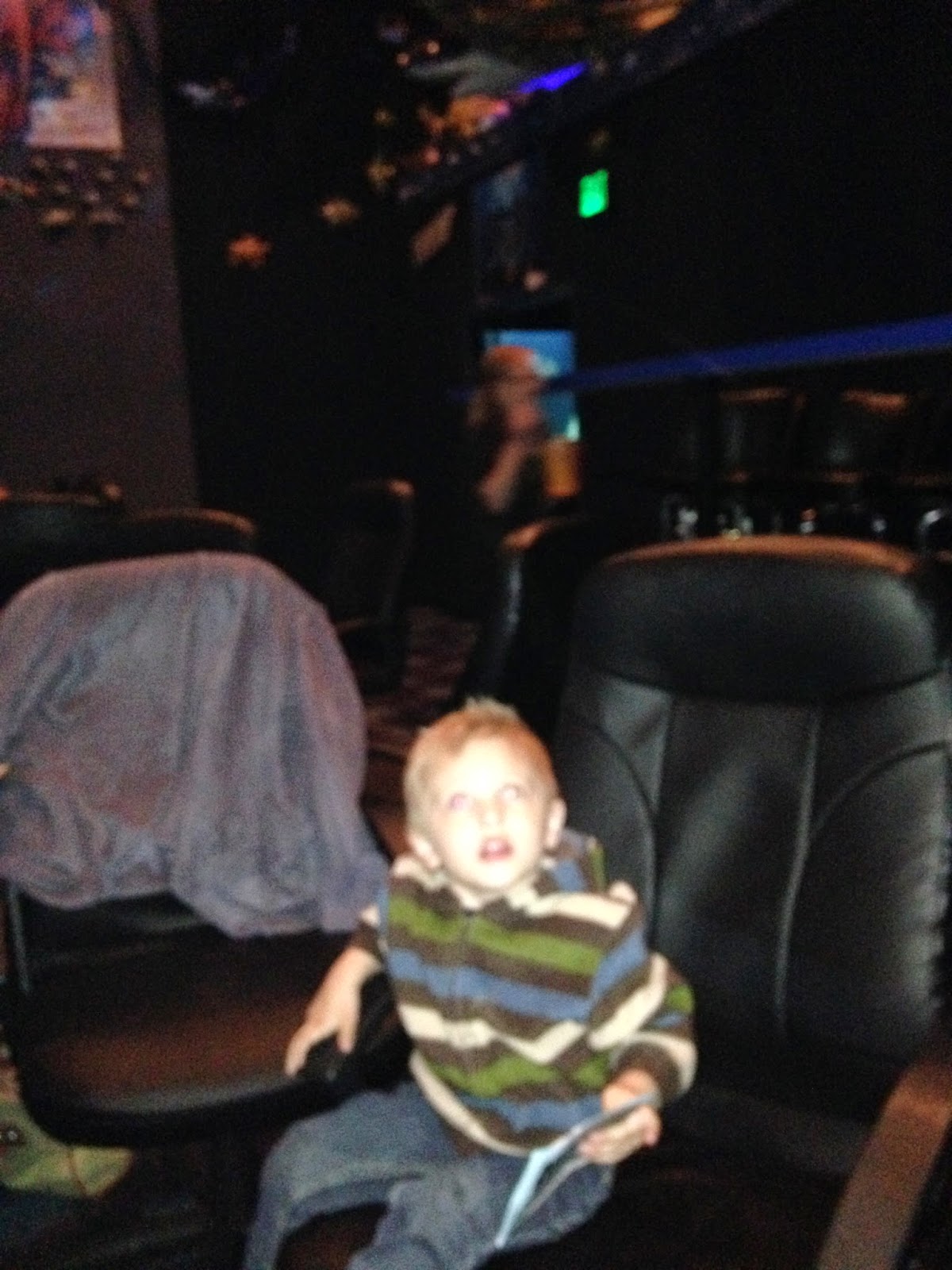 We ended up ordering a veggie pizza with strawberry crepes for dessert (plus a couple of adult beverages for Greg and I). The food was good, and between the movie and the food, I pretty much didn't hear a peep out of either boy for the whole movie. By the end, Henry was curled up all sticky and happy in my lap watching happily. The crepes were directly responsible for the stickiness and the strawberry chunk Henry threw down my blouse. It was a great night, though.


Greg had to point out the poster of one of Nick's favorite idols. He was thrilled!


The waterfall in the entryway to the theatre section was awe-inspiring for little boys, so much so that when Henry first saw it, he sat down and I had to pick him up. Thankfully, he recovered from his shock. 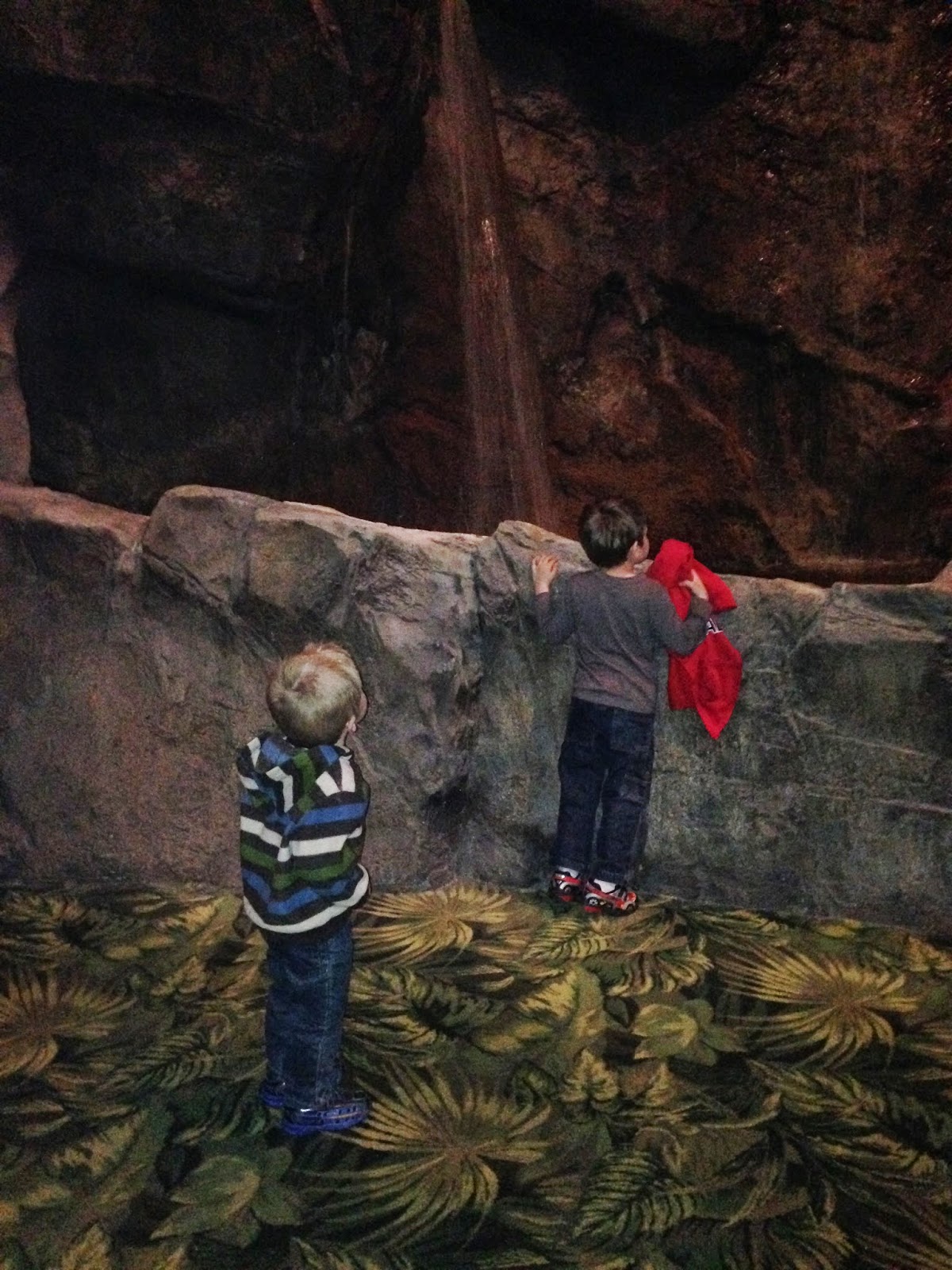 I am so glad we decided to take the boys to the movies. It was relaxing and fun having two well-fed, well-behaved little boys. Nick kept asking, "How many days until we can go see another movie?"
Posted by Melissa E. at 9:59 PM