You know, it wasn't until I had little boys that I realized how much more frequently boys need haircuts. I can put off a haircut for months. I believe, for example, that my last haircut was in November. Yup. I'm due. But if my boys go more than about five weeks, their hair starts getting all crazy. See what I mean? 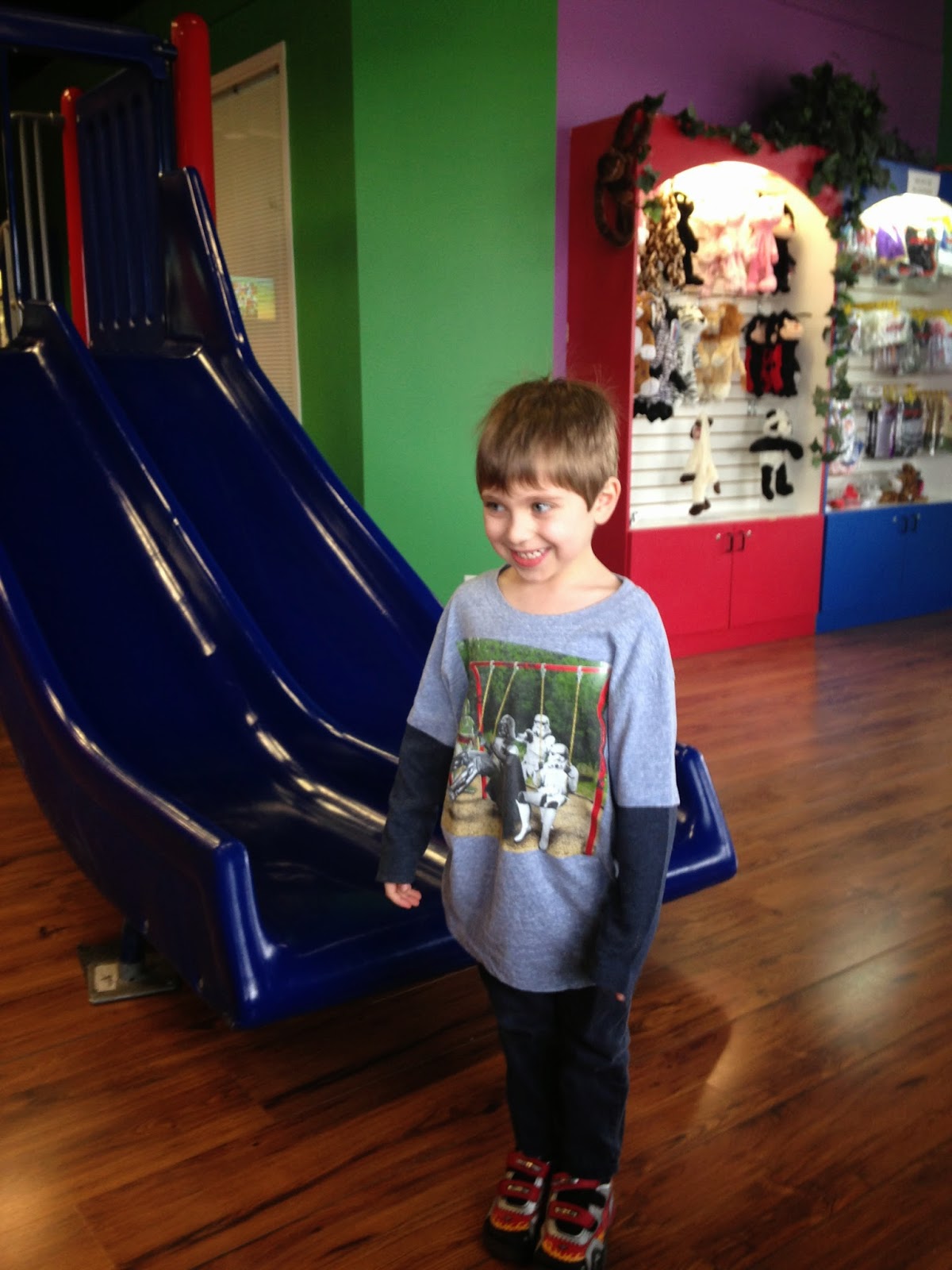 This time we went to Safari Snips, in Naperville. Yup. That's how I kicked off my exciting spring break--with a haircut for these two fine young gentlemen. They like this place because of the climbing equipment. 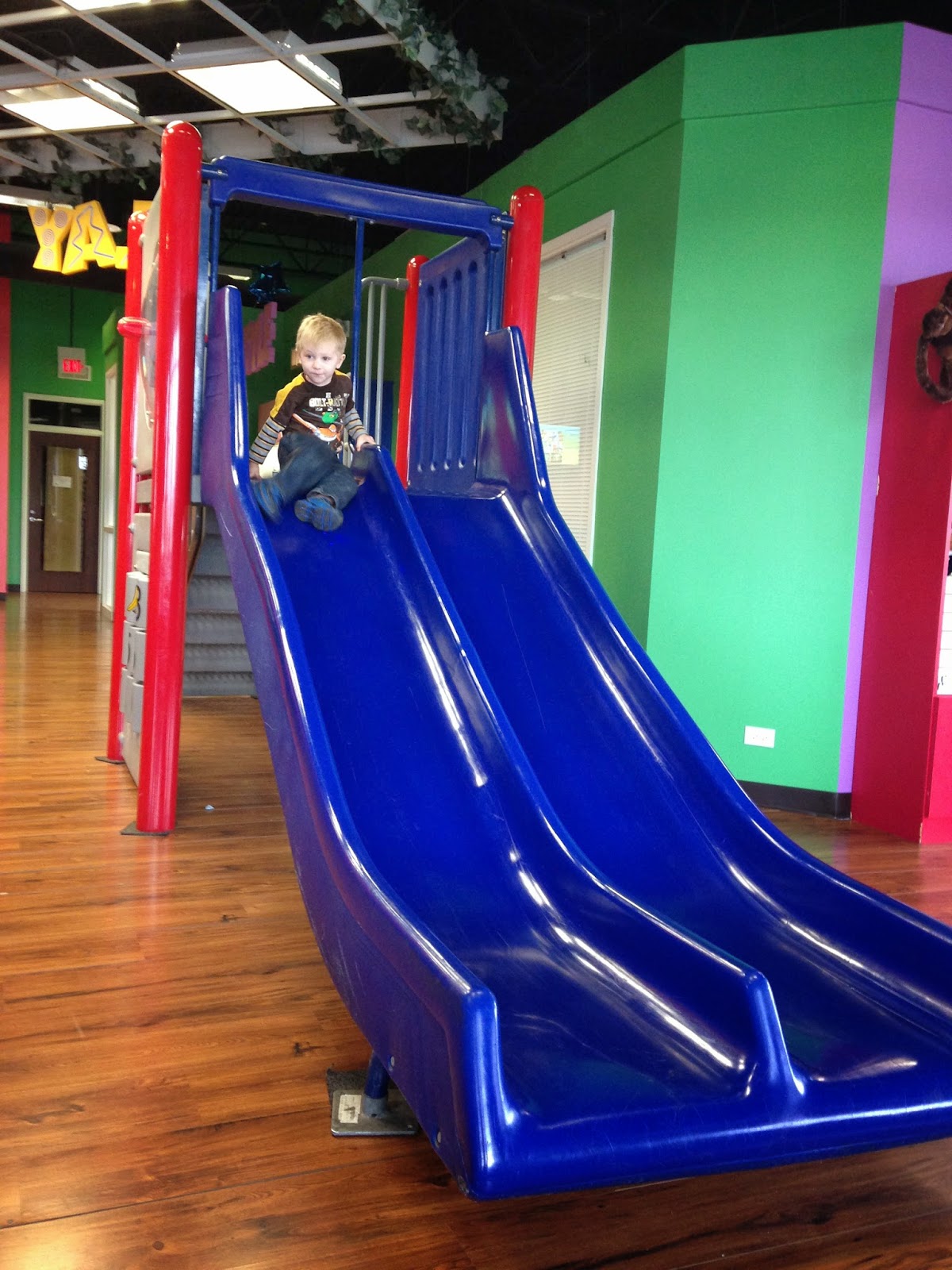 Henry was super-excited when he found out we were going inside. He actually jumped for joy. Nick got his hair cut first, though, leaving Henry time to make a new little friend. She's three, so I guess he likes older girls. They played quite nicely, considering Henry is only used to playing with his older brother, who plays pretty rough. 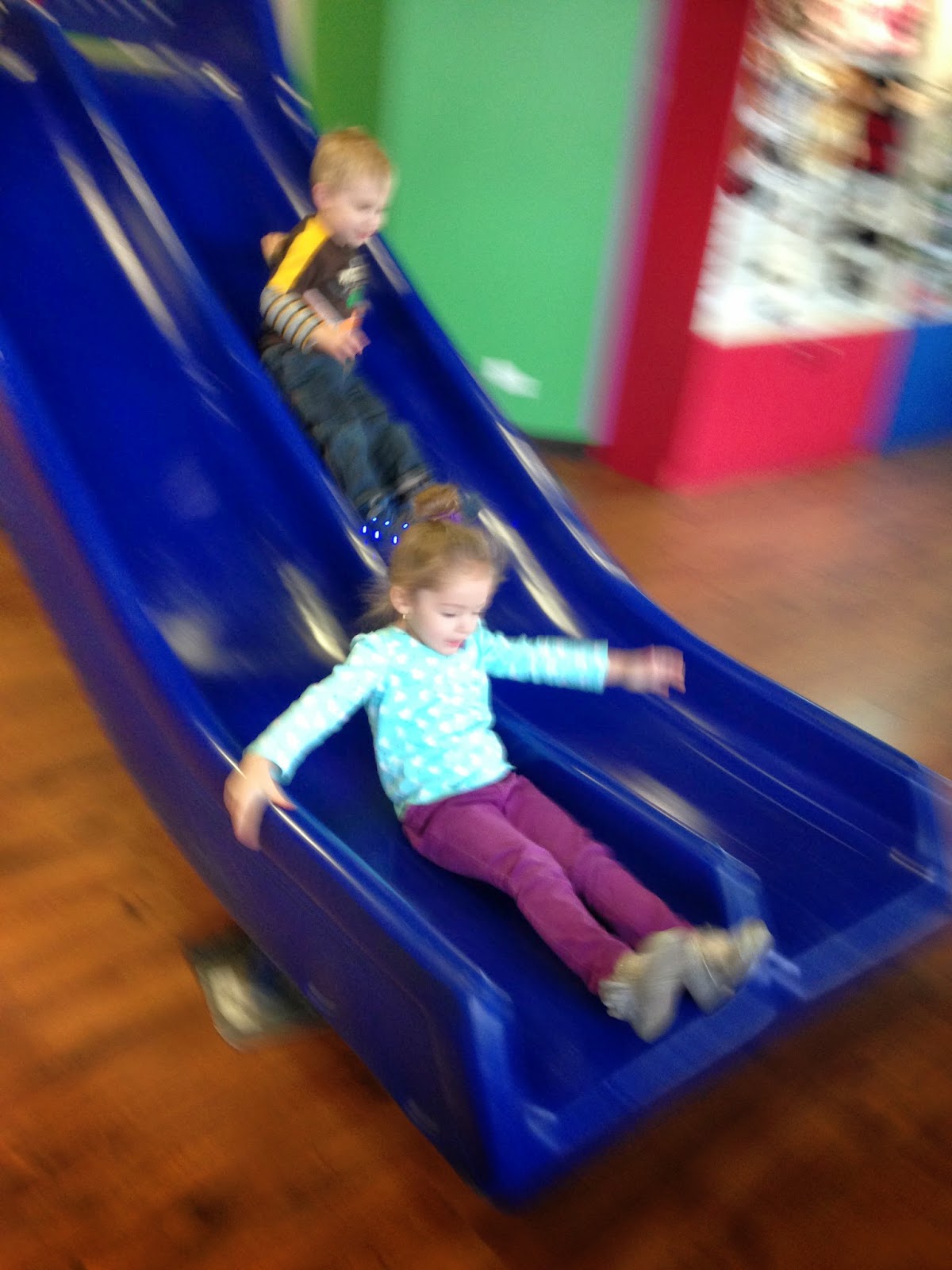 While Henry was working his smooth moves, Nick was riding a motorcycle. I kept trying to get him to smile, but all he'd give me was what I like to call his "constipated grimace." See what I mean? 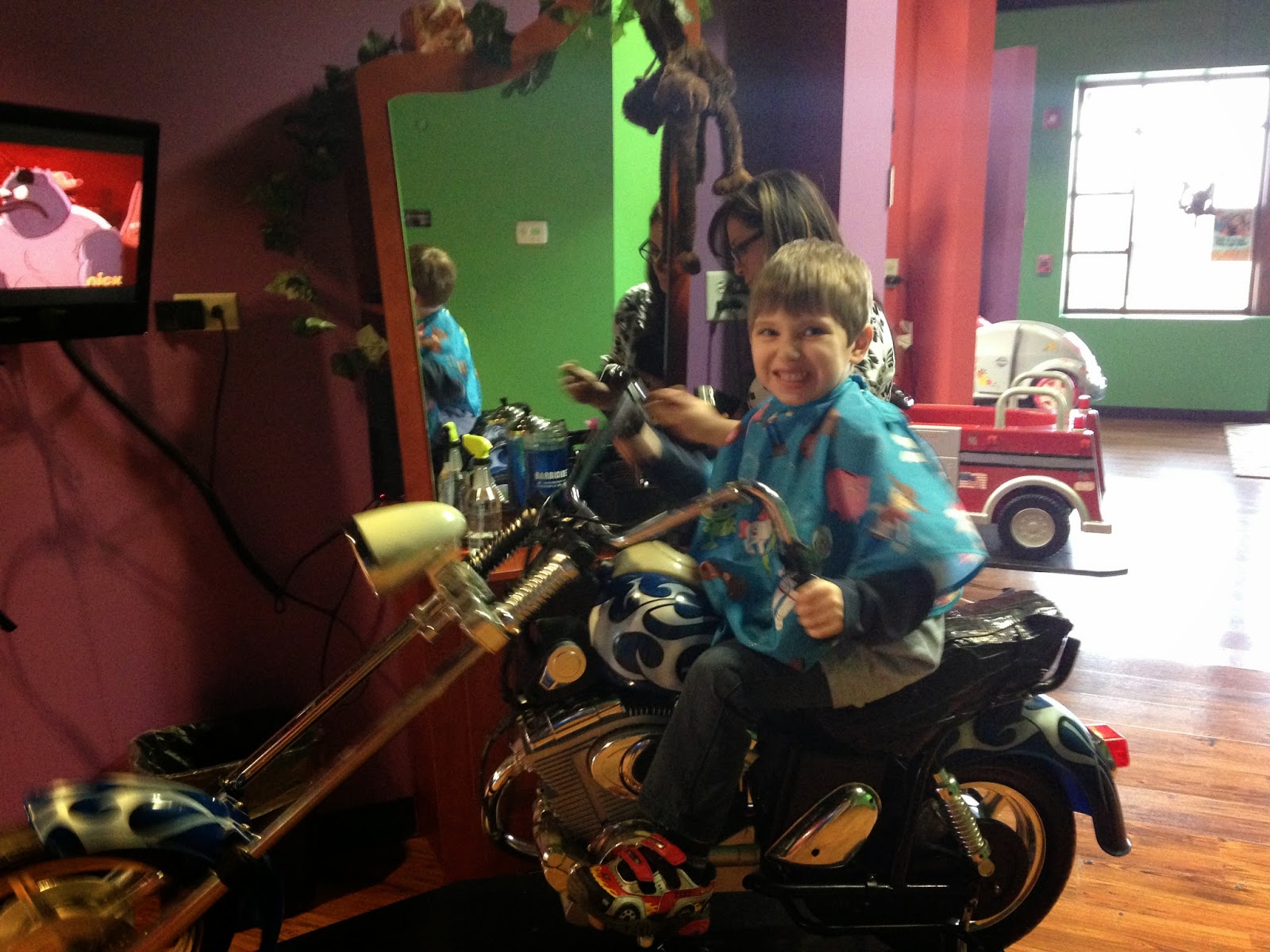 Despite plenty of wiggling around during the actual haircut, Nick's hair actually turned out quite nice. I asked the stylist to please cut it a little shorter. (Two haircuts plus tip=$40. Need I say more?) 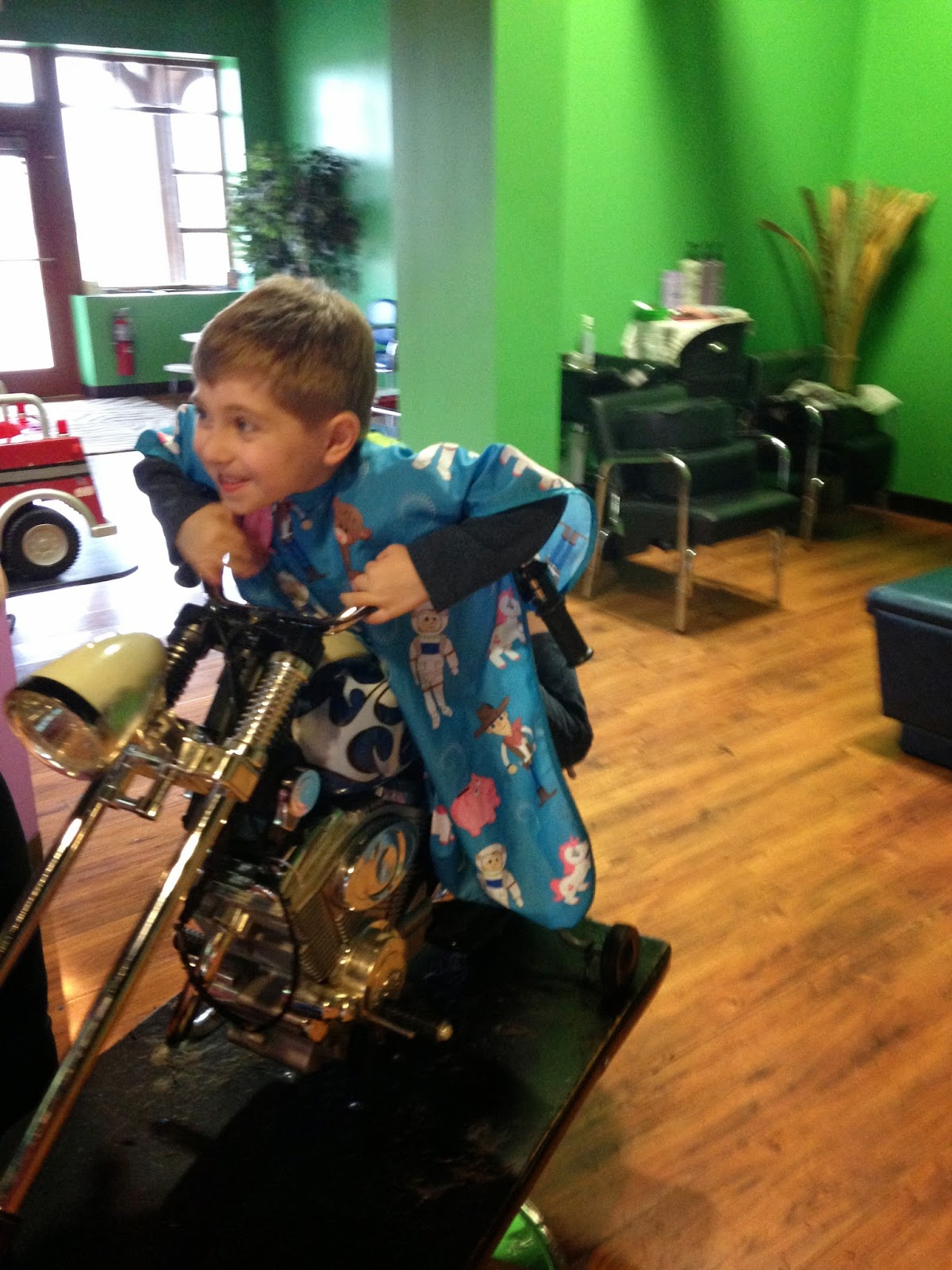 Now Henry was a little more reluctant to leave his new friend, but the firetruck chair convinced him. 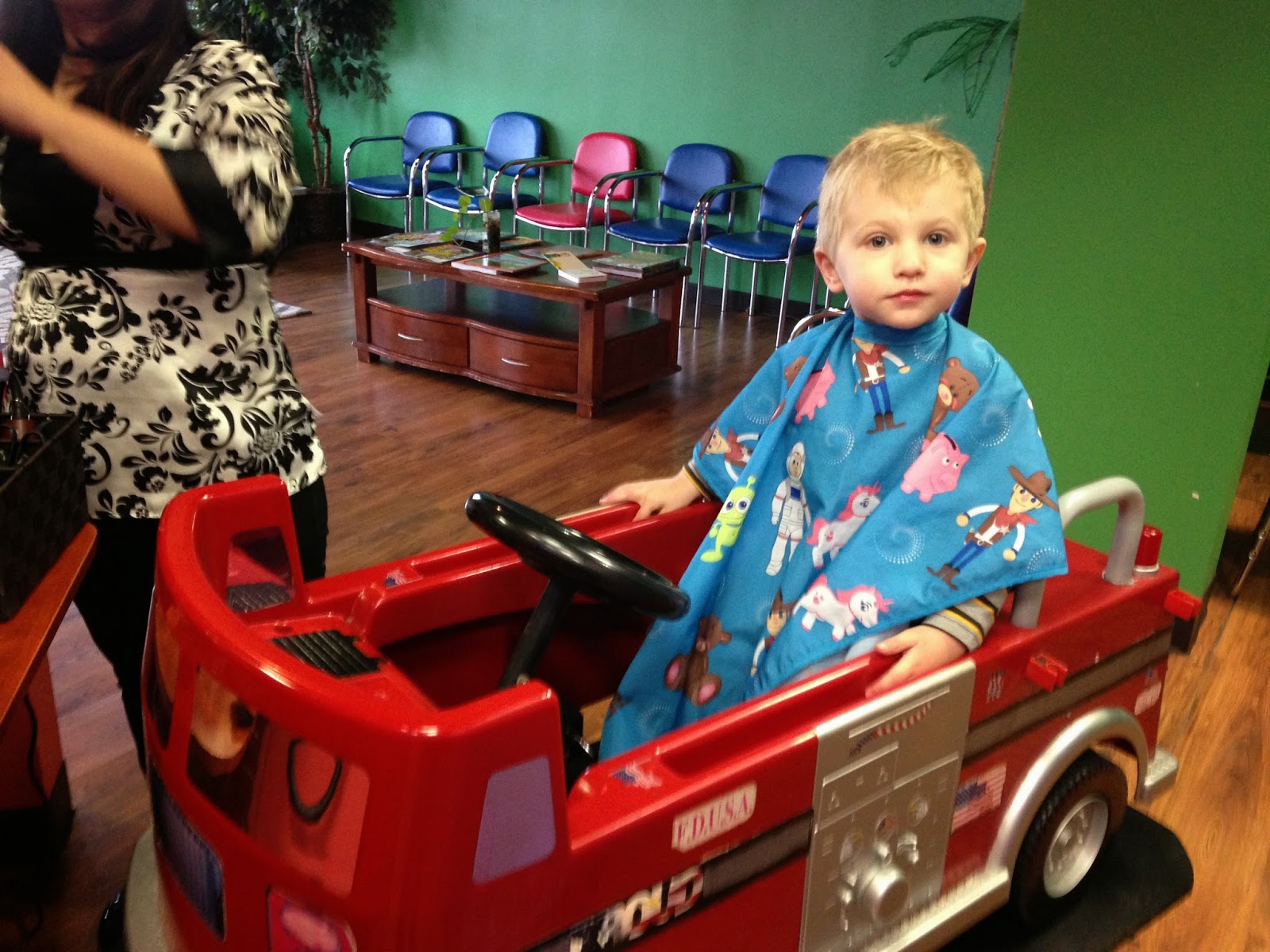 Henry's hair is very cute, but it sticks up constantly and I can't get it to stay down. When Greg saw this haircut later, he said it looked like Henry had his head shaved. I disagree.

I think it looks cute. It also feels very soft and fuzzy, kind of like petting a gerbil. Greg was teasing Henry about it tonight. I told Greg he can take the boys for their next haircut.
Posted by Melissa E. at 8:46 PM