There are many reasons I enjoy having little boys. This evening light saber battle is just one of them. 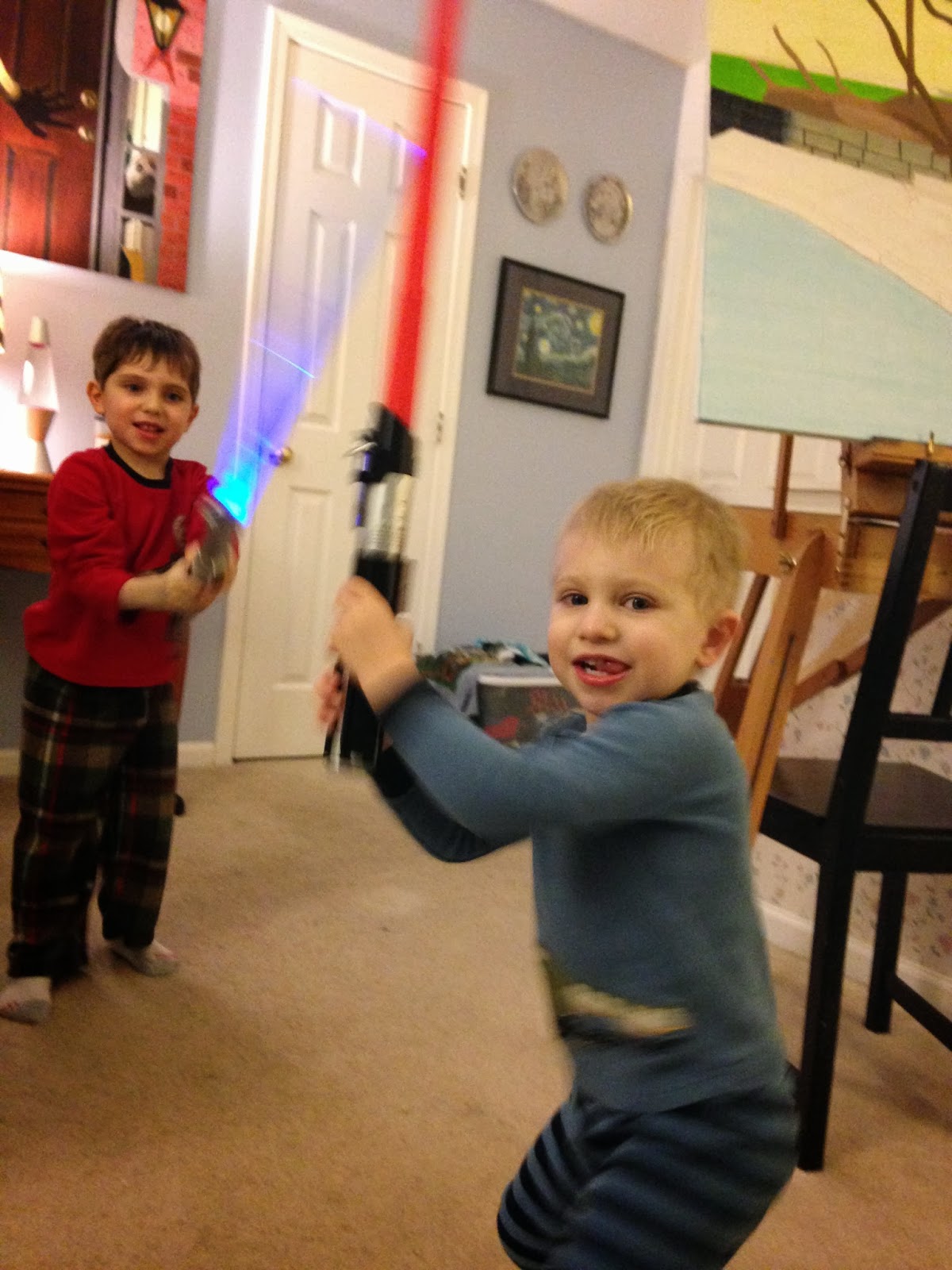 Nick got a new light saber that makes noise and has lights today (poopy prize), and he adores battling with Henry. They used their best moves, mostly learned from watching classic fencing on The Princess Bride.

Henry went a little insane when I brought Nick's new light saber home. He wanted one, too! Once he figured out what he'd have to do to earn one, he kept stripping off his pants and diaper and walking around naked under his t-shirt, randomly scrambling on top of the toilet and faking potty noises. Poor Henry badly wanted a light saber. Nick shared his other light saber with him, finally. 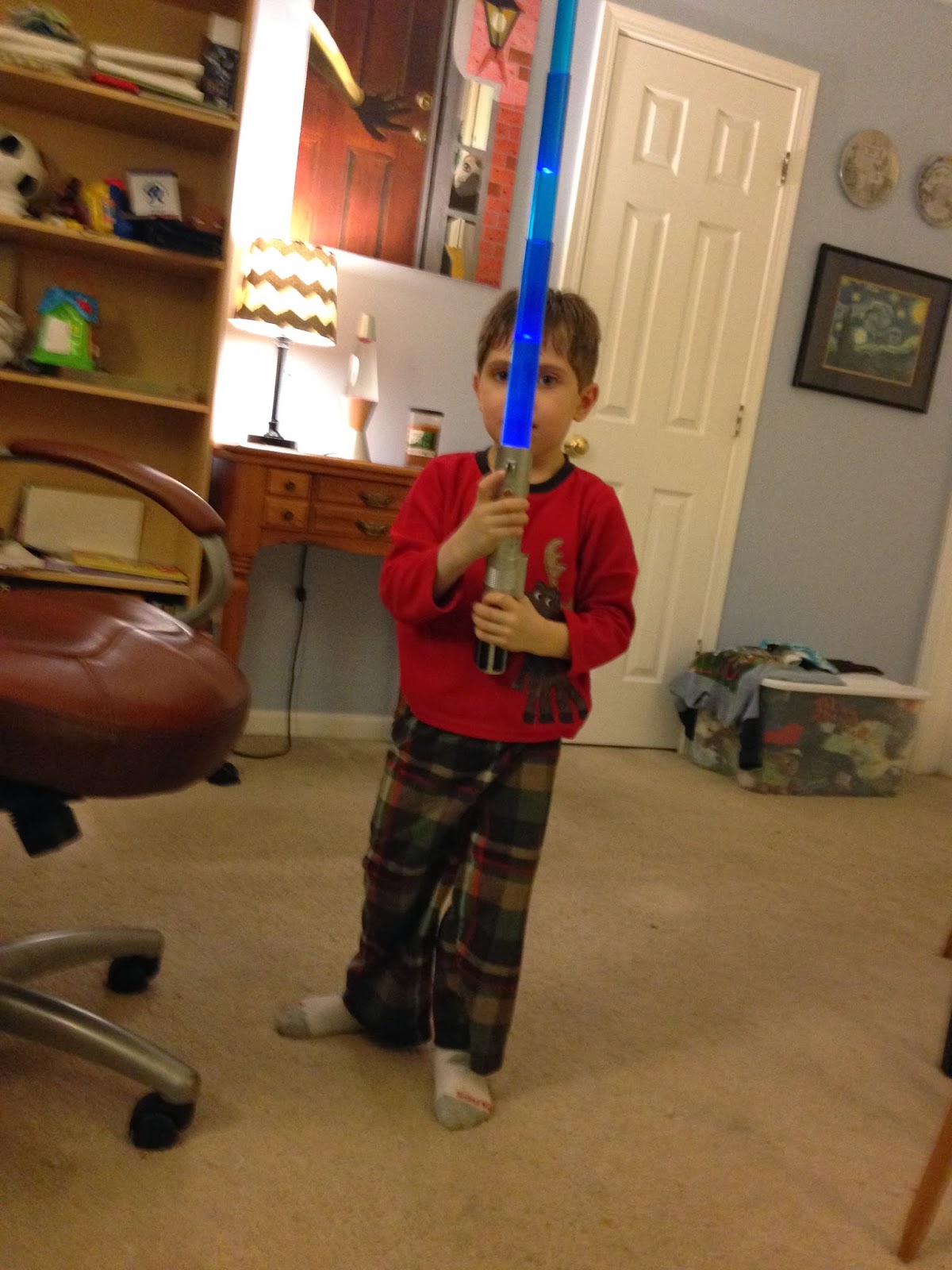 Nick's sword really does make battle noises and have the coolest lights. He earned it, though, along with some Angry Birds Star Wars Man Panties that we're going to send him to school tomorrow in. I am a wishful thinker. I am desperately hopeful that Nick will decide to be potty trained now. I have promised him a secret reward if he has success in his Angry Bird Underwear tomorrow. See, secret rewards are good because you can make them whatever you want, and you don't have to plan for them. They're just mysterious. 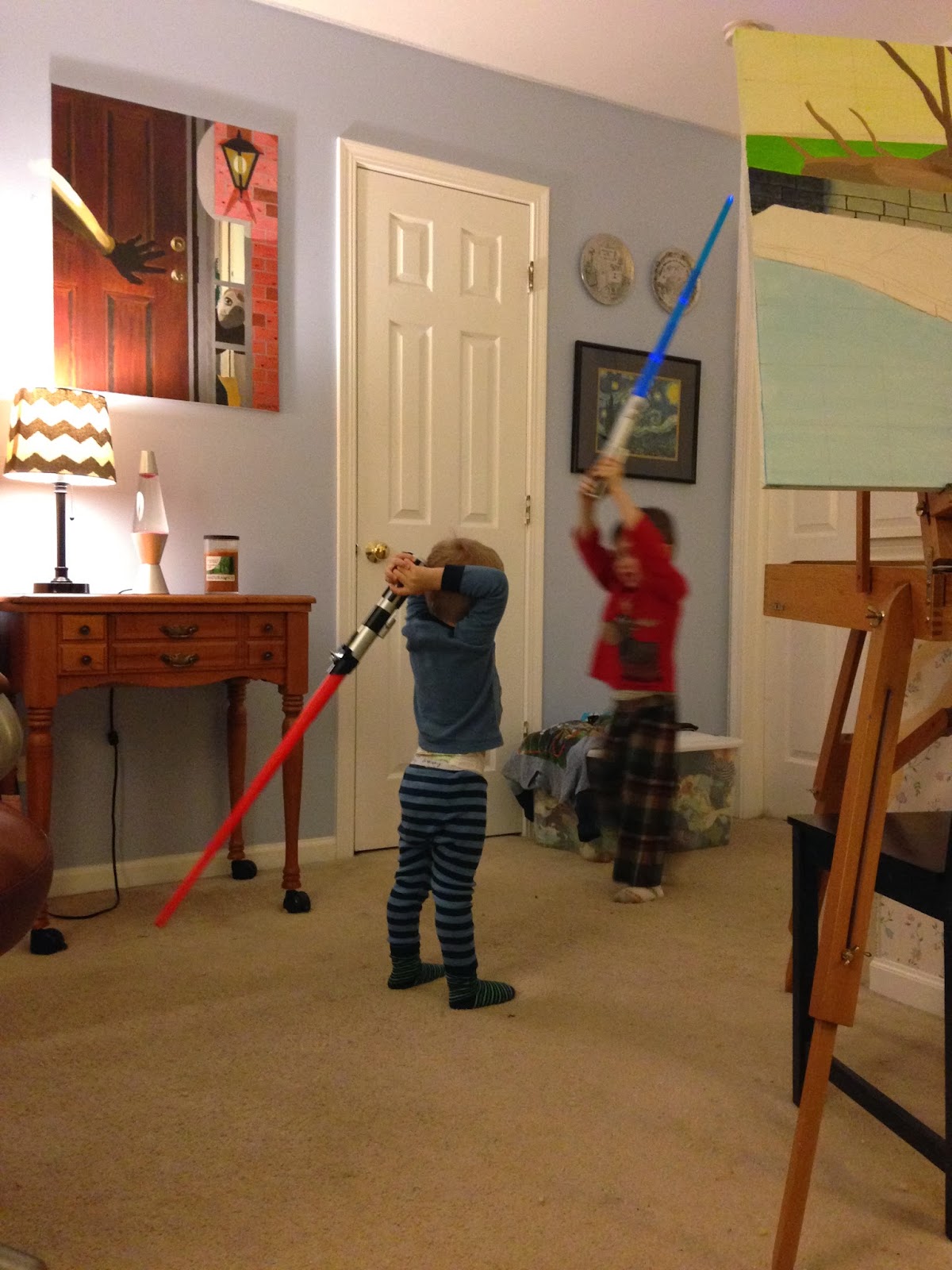 Lest you think the light saber was Nick's only reward, I also got a cheesecake for a treat tonight. Funny how running into Target for a light saber and a cheesecake resulted in four bags of random stuff. I don't even need anything when I walk in the door, but I walk out with 17 items I can't live without. Though Nick's light saber did take a lot of batteries. 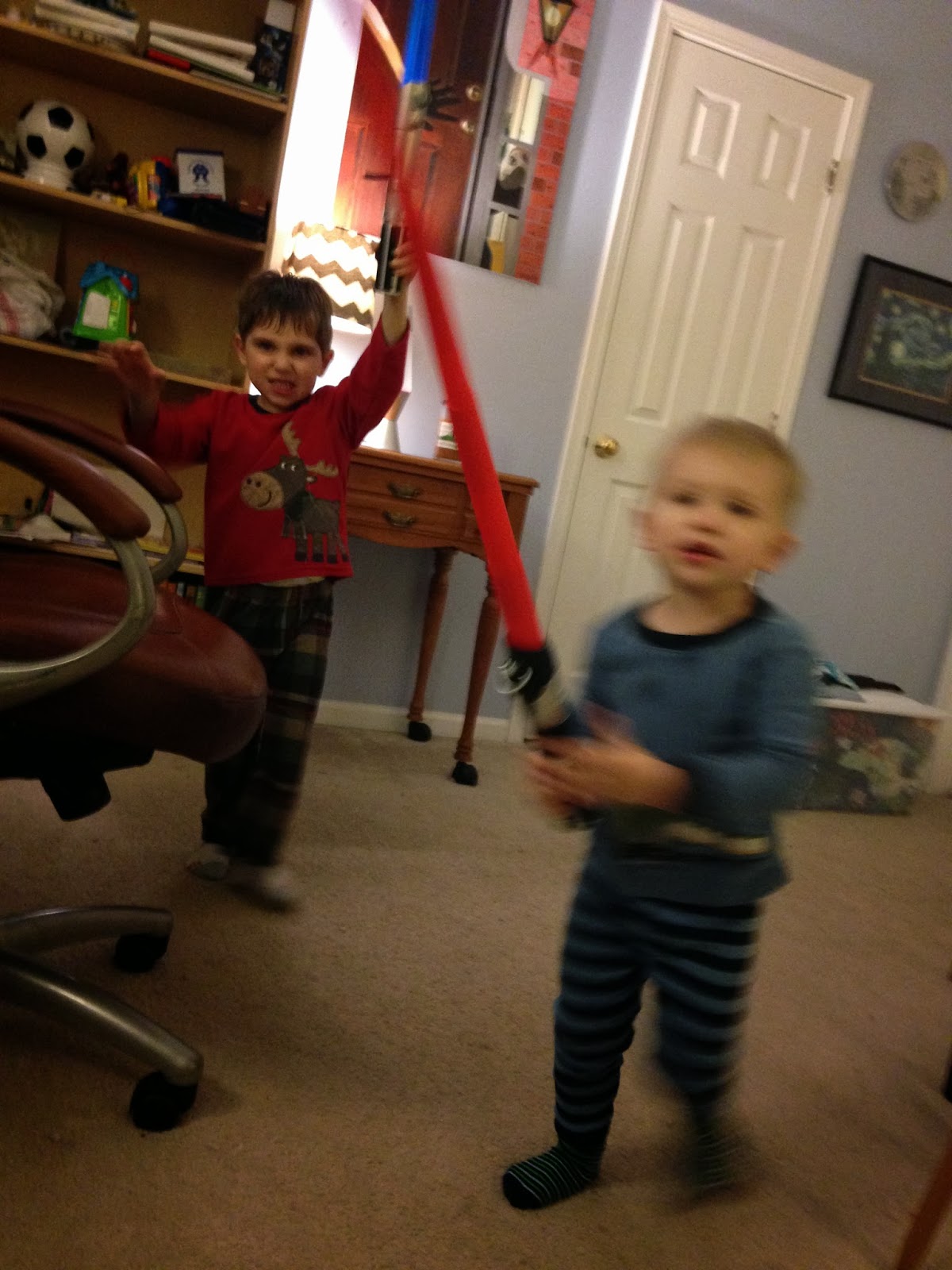 Fried rice with shrimp, eggrolls, and crab rangoon from my favorite Thai place=$39.87