After finally passing out around 2 a.m., we woke up around 7 a.m. to the early morning question that parents hear every Christmas morning: "Did Santa come?" We stumbled, bleary-eyed, down the stairs to see what Santa's verdict had been: naughty or nice? 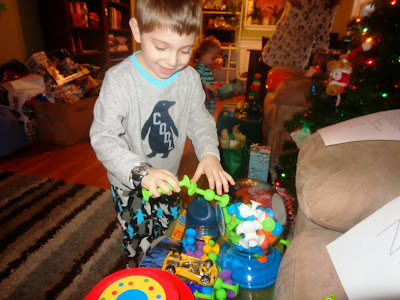 In fact, Santa was pretty good to the boys this year. 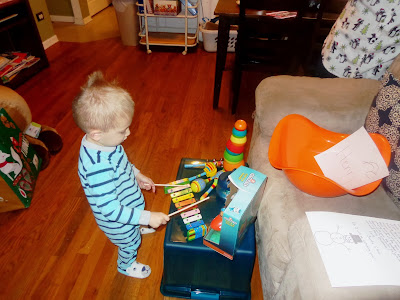 
Nicholas convinced me to make him some "kid coffee," which is basically a tablespoon of coffee in some warm milk with whipped cream. Like this kid needs caffeine! He tries to steal my coffee if I don't make him his own. 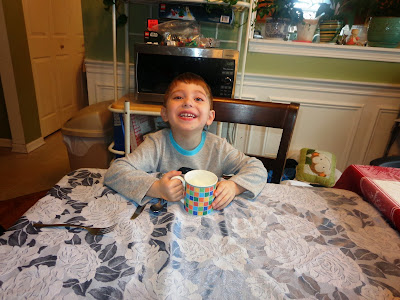 Henry snuggled in Grandma Toni's arms with both Darth Vader and Kwazi from the Octonauts. He's been carrying around his Darth Vader dolls just I did with my Strawberry Shortcake dolls when I was a little girl. 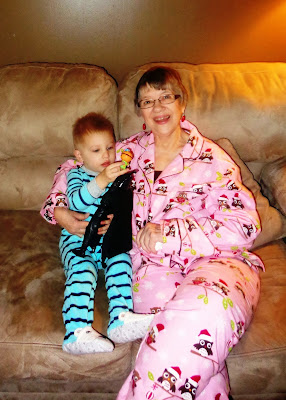 Santa left each boy a letter congratulating them on their achievements and giving them some behaviors to work on throughout the year. 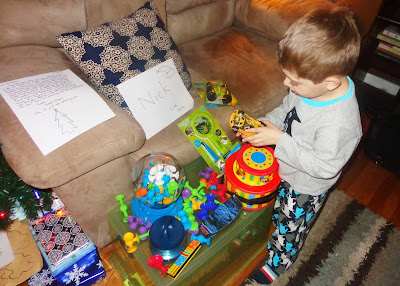 Nick received his requested Transformer, though Greg got really mad at it. Apparently, actually transforming the darned thing is a 27 step process, and has become much harder since Greg had his own Transformers as a little boy. 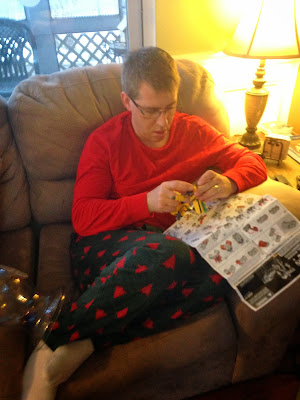 Henry really, really liked these little Star Wars action figures. He lined them all up and stared at them as if they were gold. Well, C3PO was gold, but you know what I mean. 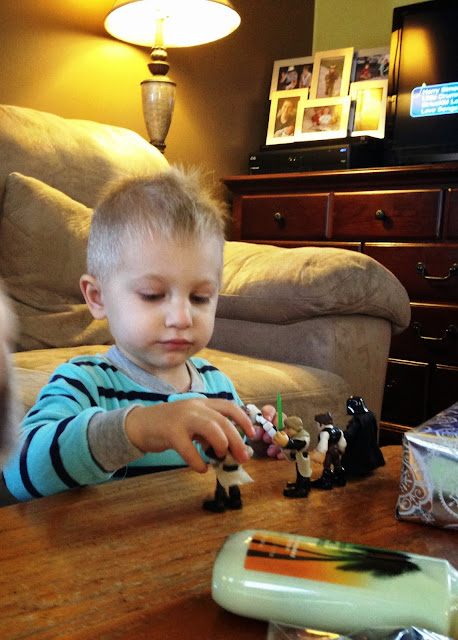 My stocking was filled with a very tightly sealed container, which gave me fits trying to get it open.


Greg laughed about his shower gels, because Santa brought us matching ones. 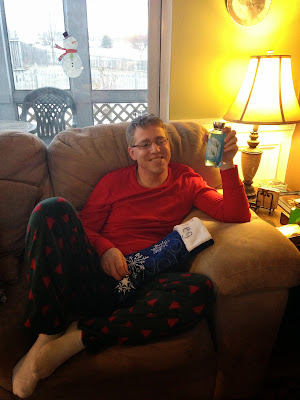 After watching "The Santa Clause" and several other Christmas movies over the last few weeks, Henry and Nick were both filled with excitement about Santa's visit. It was a great start to the day, even though Greg and I were both working on very little sleep.
Posted by Melissa E. at 7:14 PM