Henry woke up perky and energetic on Sunday morning. He immediately wanted a wagon ride, and tried to leave without us. 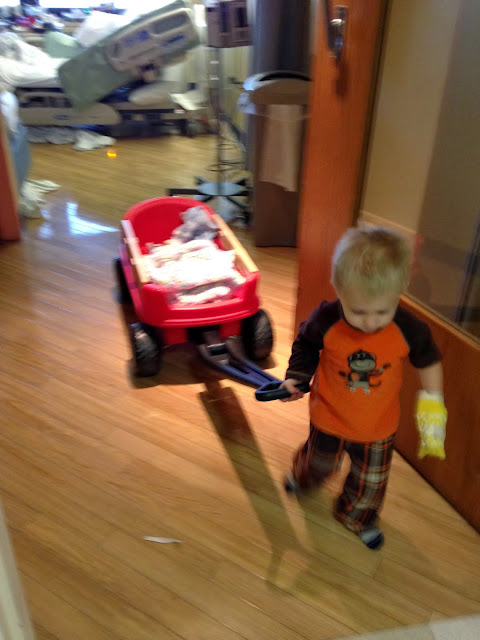 Henry got his wagon ride, and he even tried to wave for a picture. 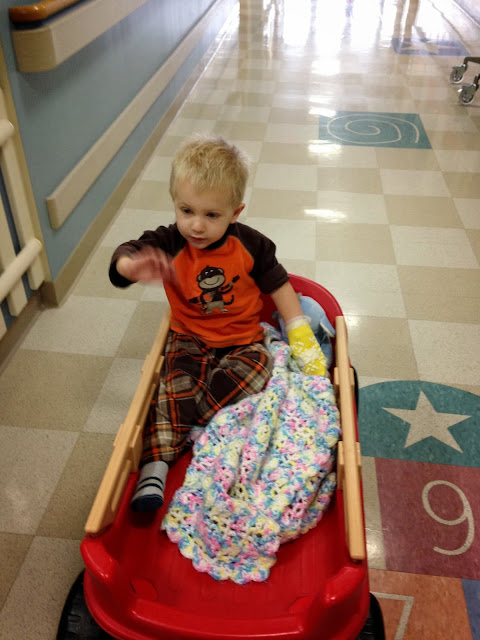 It was clear that Henry was no longer content to hang around his hospital room. Suddenly, Henry tried all kinds of daring escapades, like shimmying up the IV pole and jumping off of the chairs. For a boy with a mouth full of stitches, we couldn't believe his energy. 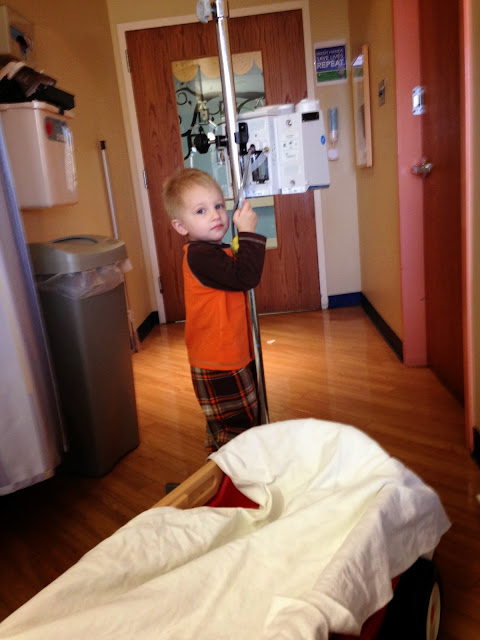 Now, this isn't to say Henry wasn't in pain. He was able to articulate, on numerous occasions, "My mouth hurts!" He was (and still is) on Tylenol with codeine for the pain, piggybacked with ibuprofen to keep down the swelling. But instead of being lethargic or fighting us, Henry plotted escape. Thank goodness the doctor agreed that it was safe to take him home. We gave him a sponge bath and dressed Henry in the same clothes he'd arrived in, because, after all, he only wore them for about an hour on Friday morning.

Then, all we had to do was wait for the wheelchair. Yes, you read that correctly. It is hospital policy that everyone leaves the hospital in a wheelchair, even if riding in one (especially without a seat belt) is more dangerous than having a father carry a child in his arms. Henry thought the wheelchair was a pretty cool ride. 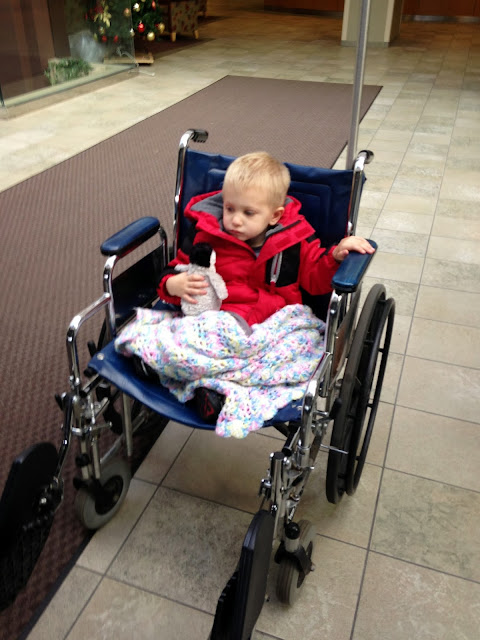 We asked him about going home, and here's what he said:

Henry was happy to get home, though he was a little subdued. We waited for Nick to come home. I think Henry missed his big brother, at least a little bit. 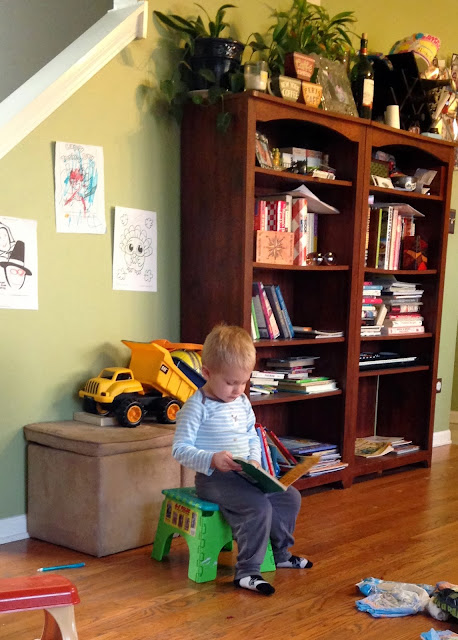 Nick stayed with Grandma Linda and Grandpa Ray while Greg and I were at the hospital. I think for Nick this weekend was like a vacation. He was mildly glad to see us, but not so excited to be home, though he said he missed the cat. 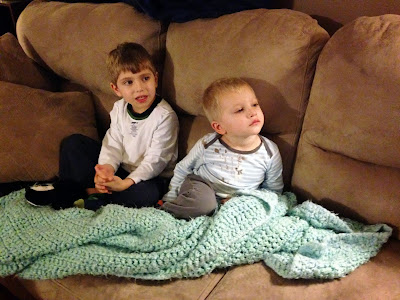 The boys both enjoyed drinking the chocolate pedialyte that I bought for Henry's liquid diet. Can you see the chocolate stains? Sleeping in our own beds last night felt very, very good.
Posted by Melissa E. at 6:33 PM