Henry and I woke up crabby and sore on Saturday. Sleeping in a hospital is never comfortable, but I think my worrying about Henry made it an especially tough night. I kept having to buzz the nurses because Henry would get himself (and me) hopelessly tangled in his IV and pulse-ox cords. The nurses were really patient, and got Henry a bolus of fluids to get him peeing and prevent dehydration. Thankfully, Grandma Toni came to see Henry in the morning, and she got him to cuddle with her right away. Henry sure loves his grandma! 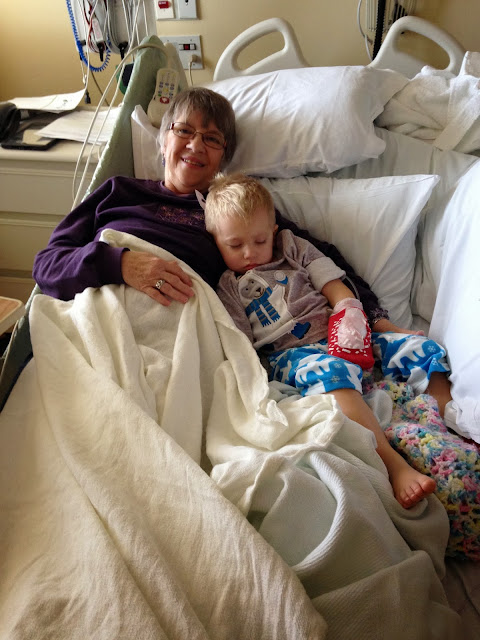 The nurses tried using a pain scale with Henry because of his crying. You know, the zero to ten scale? They have one that corresponds to smiley faces for little kids. Henry pointed to the sad, crying face (Level 10) every time. Pain medication helped but made Henry groggy and nauseous. We tried giving him popsicles and a wagon ride, but  he still seemed kind of down. The surgeon came in and said Henry needed another night in the hospital, for pain control and to get him drinking and eating again. 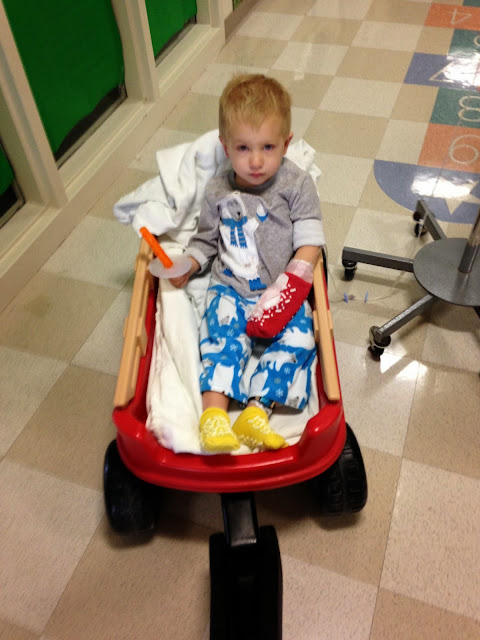 Grandma brought a new Pete the Cat storybook and read it to Henry, who refused to get out of the wagon but did listen to the story very nicely. 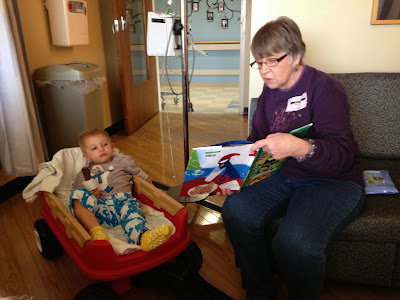 We tried everything we could think of to get Henry to eat, including pretending to steal his popsicle. It didn't really work--he only had a few licks.

I was really lucky on Saturday because even though Greg had to work, Grandma Toni spent much of the day with me, and when she had to leave, Auntie Mandy stopped by with extra socks for me (yay!) and a special elephant and story for Henry. She also helped with the wagon duty. I think Henry made several hundred trips back and forth down that hallway on Saturday. It was a two-person job, because someone had to pull the wagon and someone had to push the IV pole. 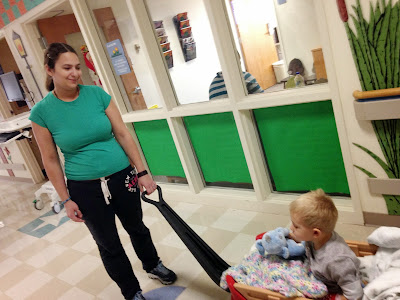 Henry really liked the pop-up storybook Auntie Mandy brought. He loves stories, and this one had a mystery he could try to figure out: how do the pop up pages work? 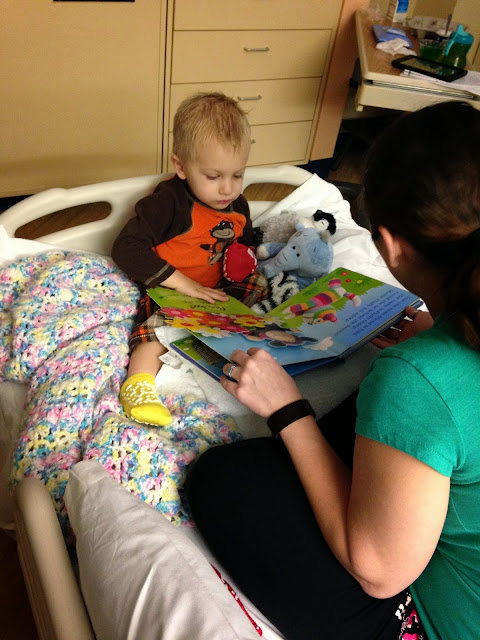 By the time Auntie Mandy had to leave, Greg had gotten off work and joined us in our hospital room. Henry was given one final dose of morphine, and after about an hour of being lethargic and sleepy, Henry became himself again, with his mood elevated by the morphine. 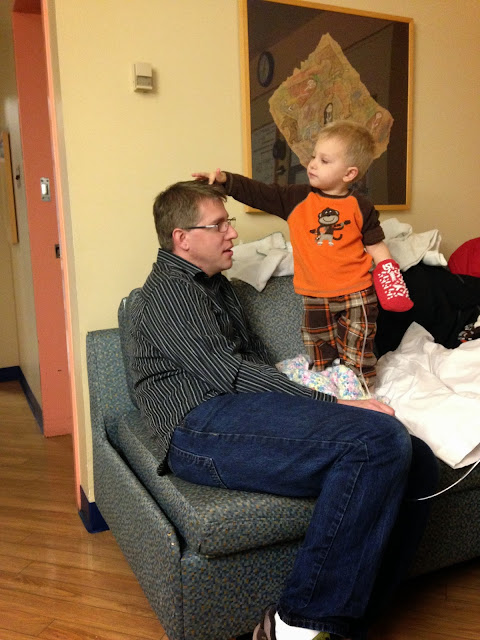 Since Henry was able to eat some pudding and cream of wheat (I know, a taste sensation.) the nurses thought they could cap his IV so he could have a little more freedom. A smaller arm board and sock cover gave Henry more mobility and eased his crabbiness. 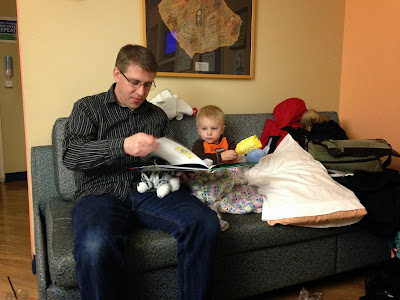 Greg was able to get Henry to sit and listen to stories for awhile, and then he started trying to escape, with wagon in tow. . . 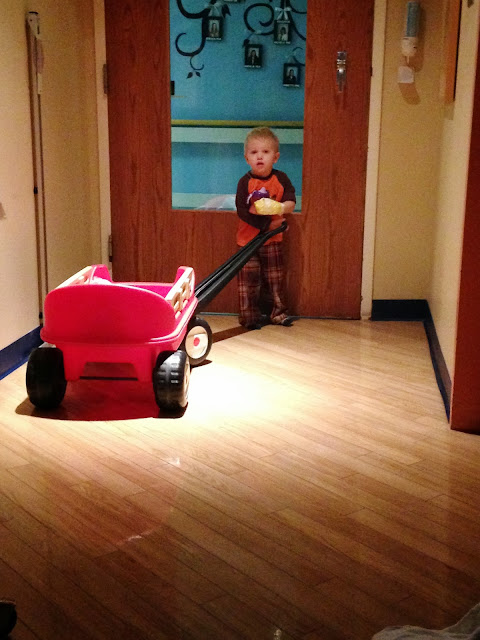 Thankfully, he couldn't figure out how to get the door open, so Henry stayed. We all slept a little better Saturday night. 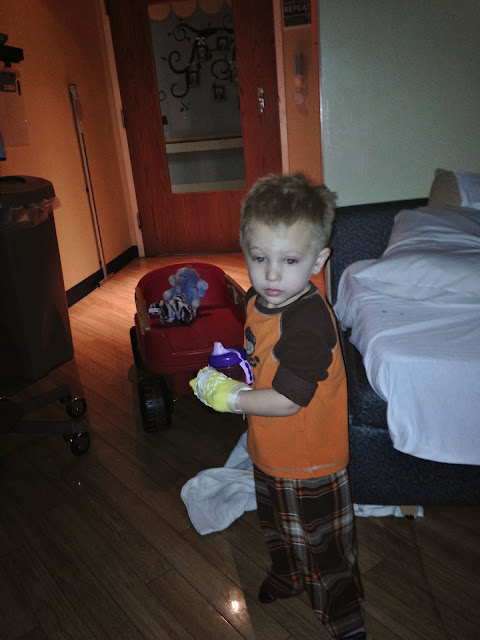