Last Saturday I had some errands to run. My boys needed new coats and haircuts. I priced the coats online and was astounded. The average seemed to be $50-$100 for a decent winter coat. Luckily, my mom had one of those really good 30% off coupons from Kohl's. So we decided to go shopping. 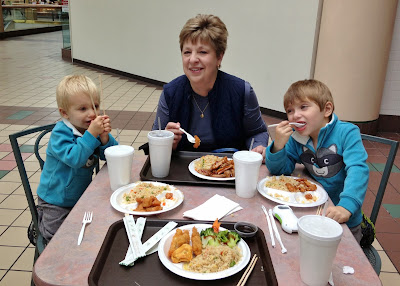 We ended up at Charlestowne Mall in St. Charles. We got some good deals on coats and socks and such, and then decided on lunch in the food court. This mall had a decidedly dead atmosphere. I once read a book called The World Without Us, by Alan Weisman. It's all about what would happen to the man-made parts of our world if all the humans in the world suddenly disappeared. Now, there were no wild animals wandering through the abandoned storefronts, but I got the same kind of empty, post-apocalyptic feel as we walked across the mall and up to the food court. I saw not one store (other than the anchor stores) still open, and only two restaurants remained in the food court. I felt a little guilty picking between them, since I didn't see any other customers in the entire mall. 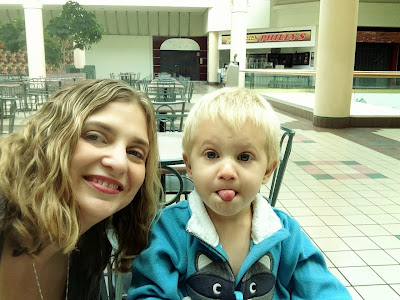 After a fun but rather eerie lunch, it was time for haircuts. Little boys have to have haircuts fairly often, or they start looking shaggy. We went to Jac-n-Jill's in Geneva, and Henry was impressed with his choice of seating. (I know he doesn't look pleased, but he was.) 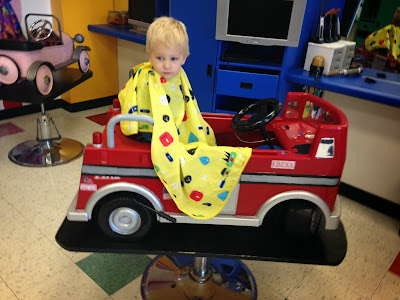 Nick chose to sit on a motorcycle for his haircut. 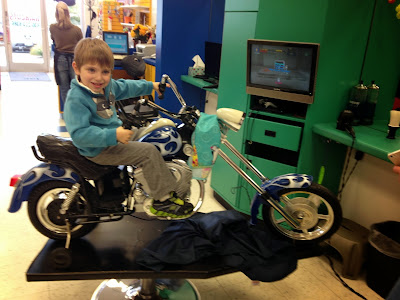 The kids had a good time, but they finished their haircuts and and styles within about fifteen minutes. For $40, I would've liked a little more consultation and talking, though I suppose getting them in and out quickly is a skill. The haircuts turned out pretty cute.

Nick always asks for a faux-hawk, even though he messes with his hair and flattens it in minutes. For a little while, he's cool, and that is just fine with him. 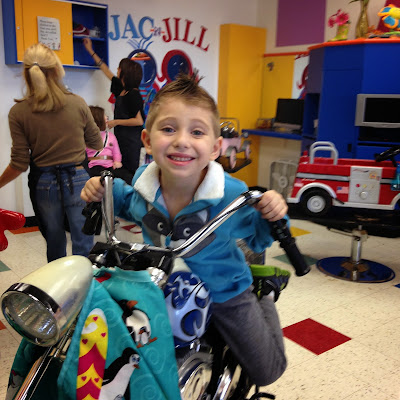 Henry wanted a faux-hawk, too, and it looked pretty cute with his ultra-pale blonde hair.

After haircuts, we went back to hang out with Grandma Linda and Grandpa Ray at their house. When I heard there were more pears to be picked, I was excited to join them in the pear-picking. Like Mr. Putter, I longed for pear butter and pear cake. 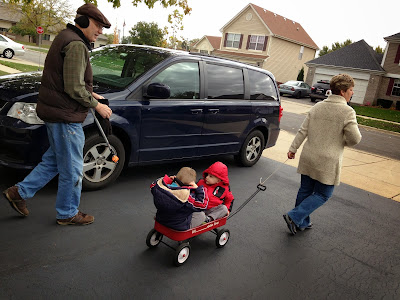 There were plenty of pears to be picked, though they were pretty high up on the tree. Grandpa had a pear-picker to help us out. The boys wore their fancy new coats.


I think free pears taste better than the kind you buy from the store. I'm going to make pear butter with them soon. 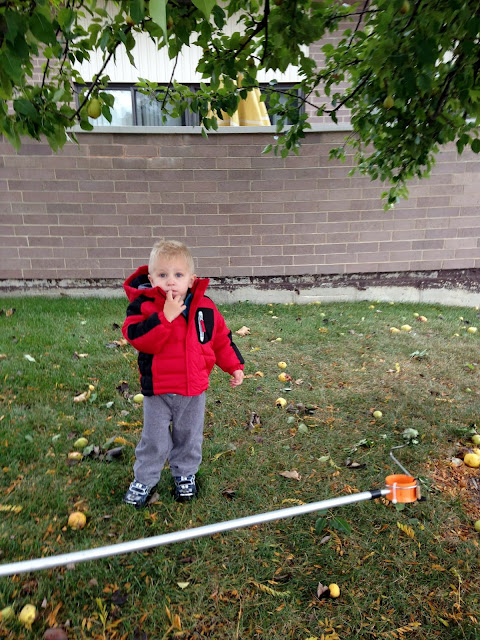 Picking pears made us pretty tired. 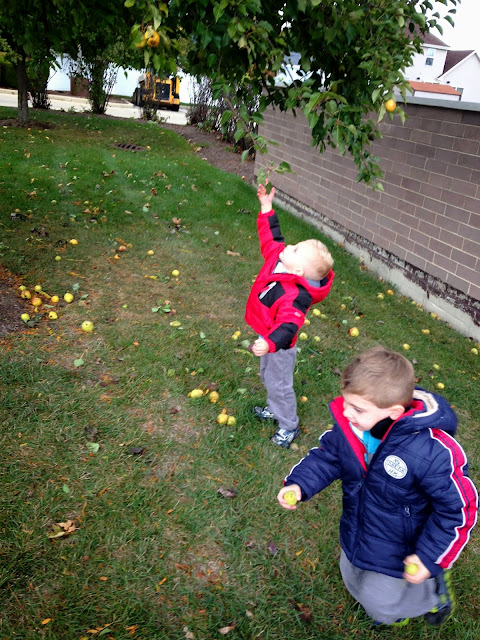 We filled the whole wagon and went home with two bags like this.  Ahh, the things I shall bake. . . 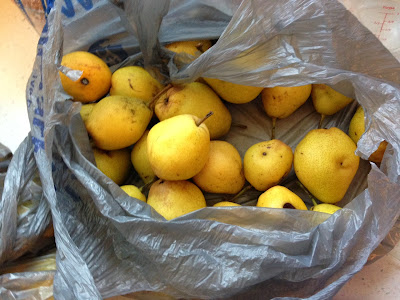 You would think they would've fallen asleep, but no luck there. They snuggled a bit, then were up and running again. 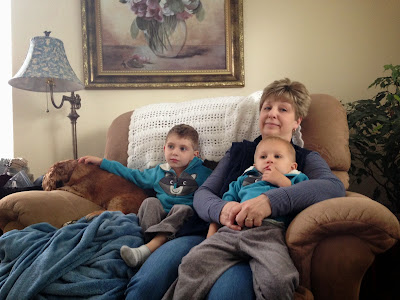