Today we took the boys to Cantigny Park in Wheaton, IL. We'd promised our friend Aidan that we would take him to visit the tanks, since he loves the Army so much. It was sunny, but there was quite a chill in the air. 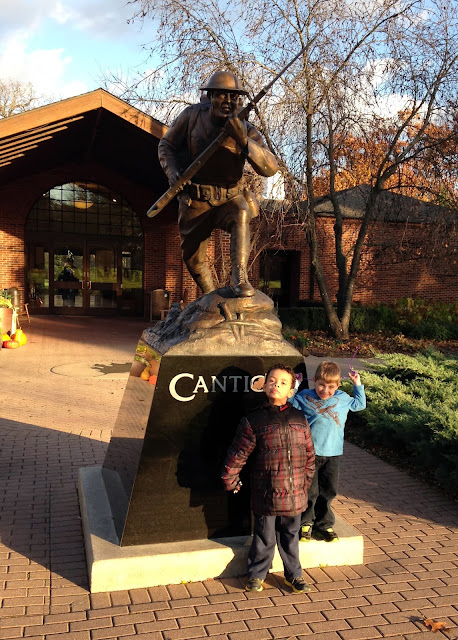 The "Army Guy" statue was a huge success with Aidan, who ran towards it at full speed. Nick loved the statue, but the rocking chair on the front porch was an even greater attraction. My boy likes to rock. 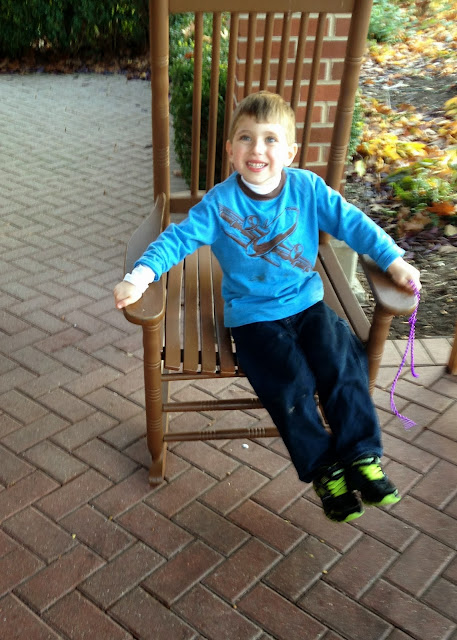 The best part of our trip was the tank-climbing. There must be something about little boys and climbing on giant attack vehicles. 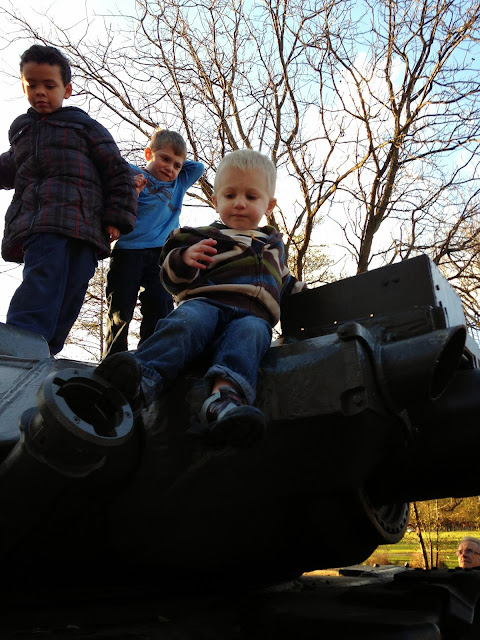 Henry has a thing for heights, and he surprised everyone by consistently climbing to the highest part of each tank, then grinning at us with unrestrained glee. 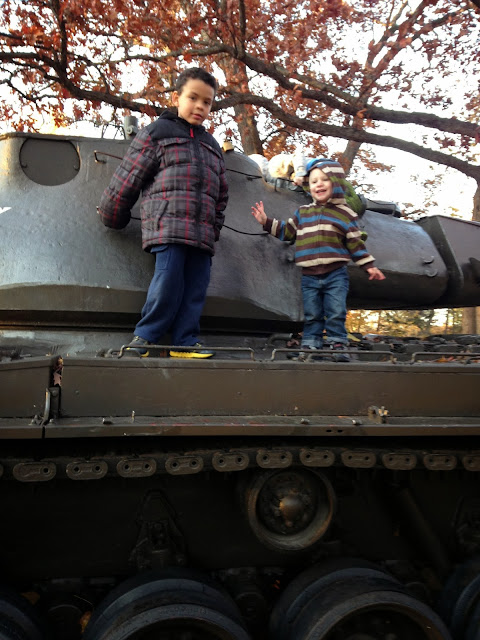 The kids thought that the tiger-striped tank was the coolest. It was unanimous. 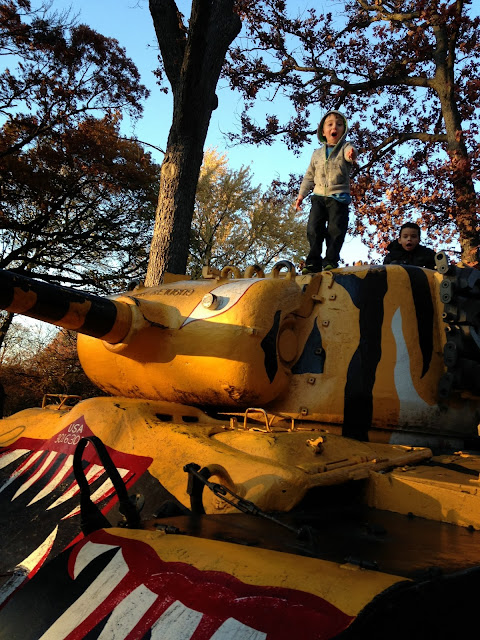 Nick got really excited about finding Snoopy n the front of one of the tanks. And to think, Snoopy seemed so peaceful most of the time. . . 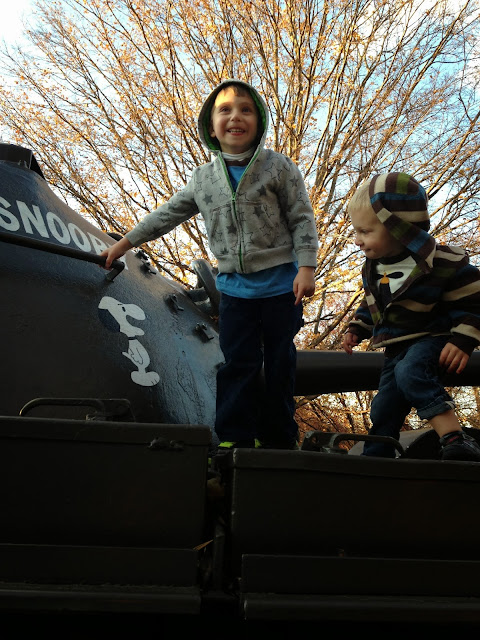 Here's a cute shot of Aidan showing off at the very top of one of the tallest tanks. 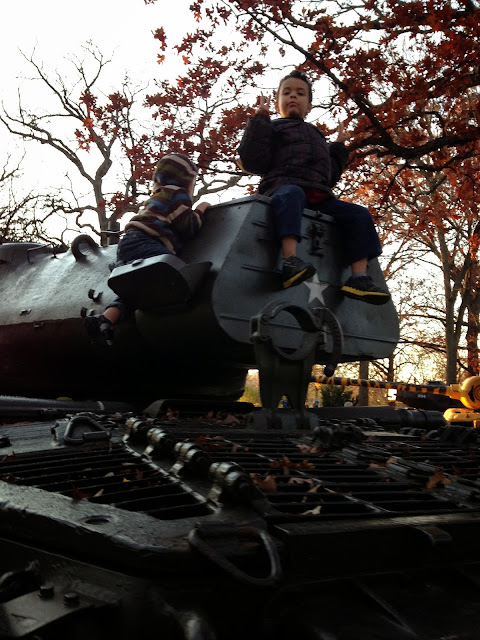 Once we were done with the tanks (we got cold), we went inside where a tiny version of Cantigny is below glass so that you can walk on top of it. The kids decided this was a reason to pretend to be giants and "step on the town." Fun was had by all. Note the midair jumps by my little monkeys. 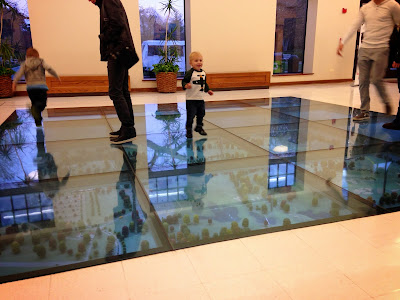 We were really, really tired after all of our wanderings. No nap, climbing on tanks, and dancing on a tiny town. All in all, it was a great day. 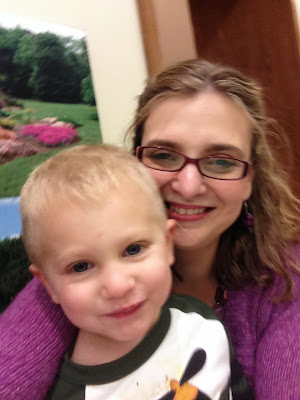