How could it not, with this face to cheer me up? 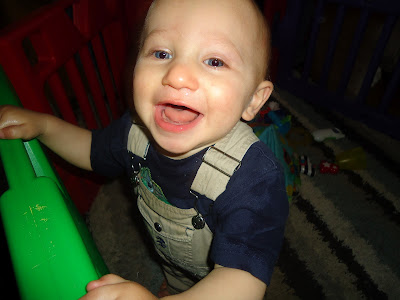 We could use some cheering up this week. It's been a doozy. Saturday night, Greg had to have an emergency appendectomy. He's doing better now, but has been in pain and unable to care for the kids all week. I had to take three days off of work to care for him and the boys.

On Wednesday, when Greg was just starting to heal, our cat, Sebastian, came staggering up the stairs, crying in pain. I couldn't figure out what was wrong, so I took him to the vet. His temperature was really low, and he couldn't feel things at all in his back end. Sebastian's system was just shutting down, and the doctor wasn't sure what was causing it. He suspected cancer of some kind, since Sebastian had recently lost a lot of weight. There wasn't anything the doctor could do to help him, and we had to have him put to sleep. Poor kitty. Here's a picture of him with me back in 2006. 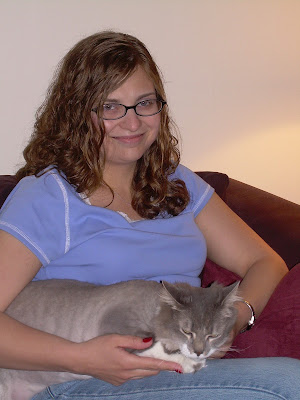 I got Sebastian on the day I graduated college in 2000, and we're all a little sad around here now that he's gone. 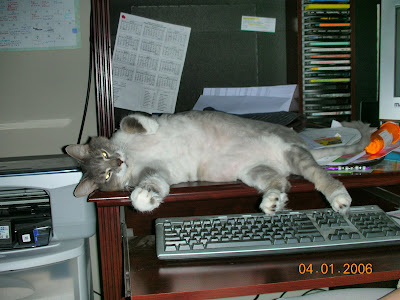 I realized tonight that I haven't blogged in ten days. I suppose with all that's gone on here, it's understandable. I'm really hoping that next week will be better. After the week I've had, I could use a nice, relaxing week with nothing traumatic happening.