Henry seems to have picked up on his older brother's fascination with cars already. He copies everything Nick does, including driving cars around while saying, "Vroom!" I don't remember Nick doing this until he was much older. 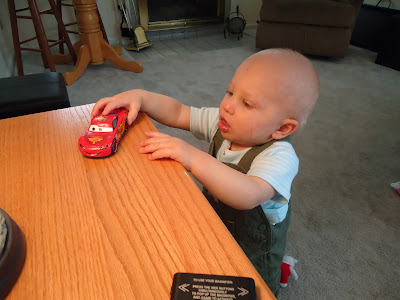 Listen to him vrooming!

Lately, Henry has been following Nick around, trying to play with whatever he is playing with, and shrieking in desperation when Nick doesn't give him the toys. Poor little brother. 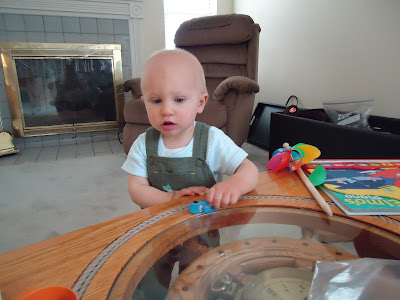