During Greg's first week of being stay-at-home dad, he took the boys to the zoo for the day. . . by himself. 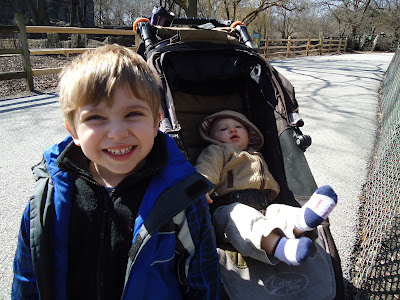 From what I hear, they found lots of frisky animals. Nick was quite the terror himself that day--wilder than any of the animals. 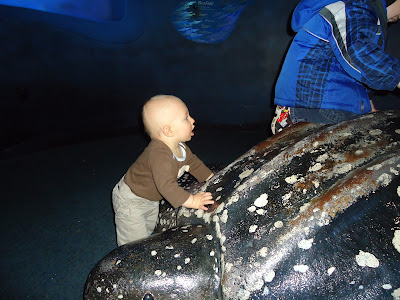 Henry was especially enamored of the fish and other sea creatures. 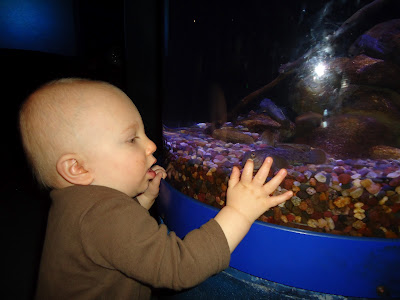 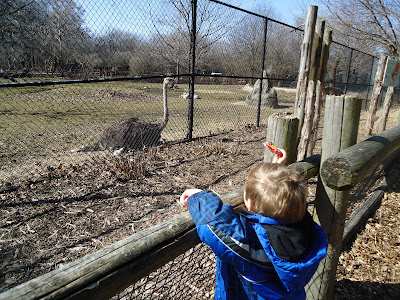 I think the ostrich was impressed with it. While I know they loved the zoo, this was kind of a trial by fire for Greg. He's a very hands-on dad, but he hasn't often brought both boys out by himself.

I guess their day was filled with temper tantrums and ended with Nick being carried out while kicking and screaming. Greg is just getting used to being with the boys all day. I am a stay-at-home mommy every summer, and I told Greg that it was nothing he did. Some days are just like that. 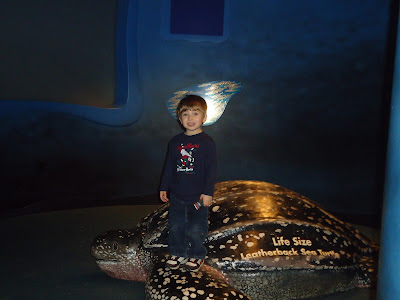 I just looked at my facebook post from this day. Here's what I said. I wish I would've taken a picture of Nick's drawing.

"Greg took the kids to the zoo today. Nick and I were drawing pictures this evening of all the animals he had seen. We drew giraffes and alligators and birds. Then Nick drew a picture that I couldn't figure out, so I asked him about it.

"No, Mommy. That's not a aminal. Daddy was dragging me out of zoo."
"Why was Daddy dragging you?"
"Because I was mad and I said, "No, No" and Daddy carried me. I kicked and I scream.
So, basically, I asked my son to draw a picture of what he did at the zoo today and he drew himself throwing a temper tantrum. Sounds like Daddy had a stellar day.
Posted by Melissa E. at 10:11 PM