On Saturday, Nick and Henry and I were invited over to my friend Patty's house to go swimming. Nick was super-excited. He loves the water, and we haven't been to a real pool in ages. 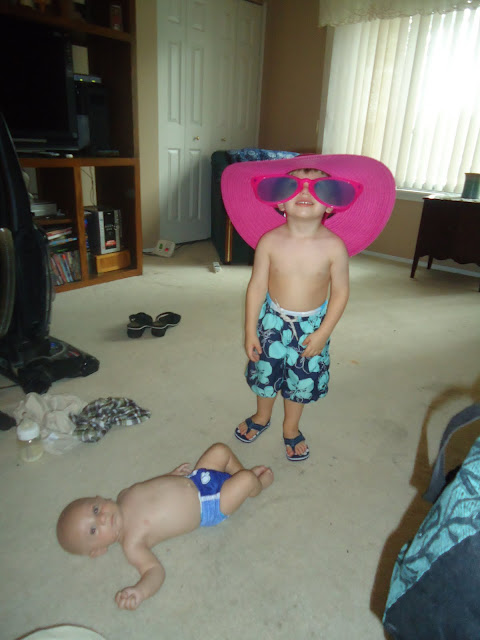 Nick had a swimsuit and an ample supply of swim diapers, but I hadn't thought to get anything for Henry. So before we could go swimming, I had to make a trip to Walmart for some essentials: swim diapers for Henry, sunscreen (one for me and one for the boys), a swim vest for Nick to help him float, and a bathing suit for Henry. $50 later, we were ready. 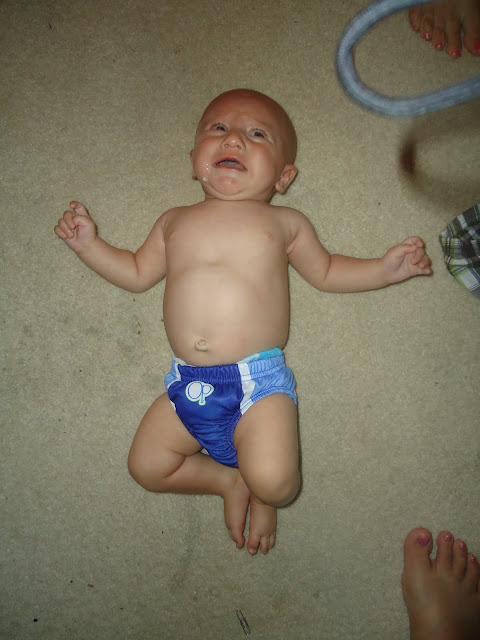 Henry, unfortunately, was not pleased with the way he looked in his new baby speedo. It was the only kind of baby bathing suit I could find in his size. Personally, I think that the baby years are one of the only times a speedo is attractive on a man. 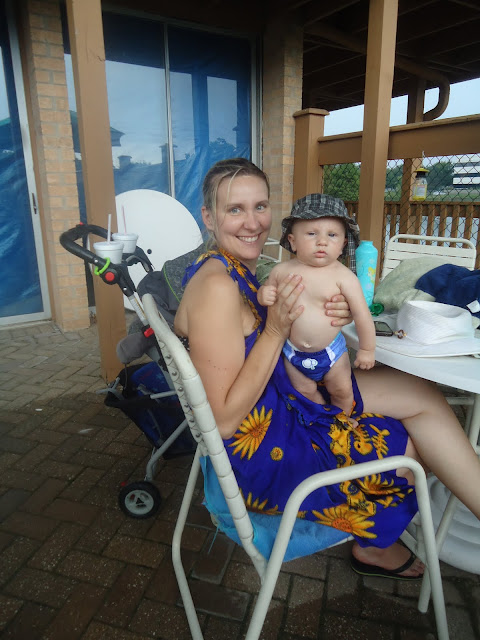 Taking young children to the pool is quite the undertaking. I had to carefully douse both of them with sunscreen, ensure that they had hats at the ready, and double-check the fit of their swim diapers. (Nobody wants a Caddyshack moment, especially not when it's your kid causing the problem.) Henry liked his hat better than the speedo. However, as we approached the pool, it started drizzling and thunder was heard overhead. We decided to wait, because this pool has a rule that 30 minutes after thunder is heard, the pool can reopen. 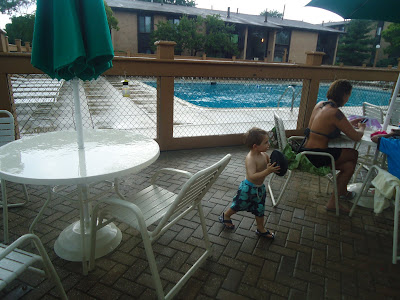 However, the thunder foreshadowed a downpour, as it often does. Nick didn't seem to mind the showers--he ran around and invited himself to a small gathering a few tables away. Greg and I are rather shy individuals, so it's interesting how gregarious our son is--he has never met a stranger. Nick played in the downpour while we sat under an umbrella and waited. 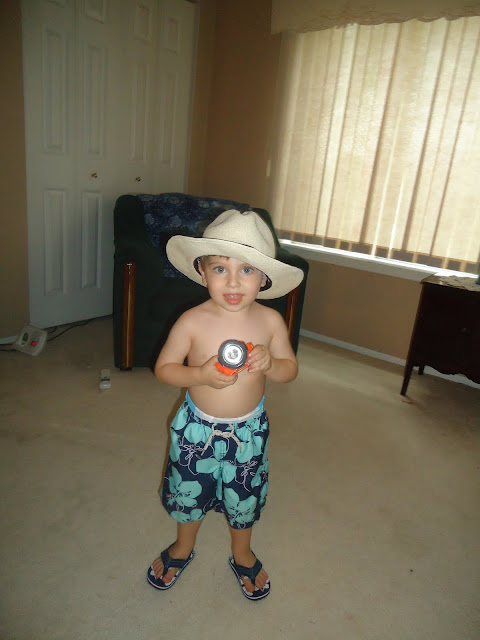 Lightening soon followed the rain, though, and pretty soon it was a severe thunderstorm situation. We went back to the house and watched a cartoon. Poor Henry never got to christen his speedo, but he still had a great time. Oh, and Nick? He has a great time anywhere he can find new items to play with, the more dangerous, the better for him.
Posted by Melissa E. at 8:55 PM